"You cannot attack me, I'm Jewish"

MRAll134 said:
Marxists are on the move in Portland as always. They are targeting a councilor's house. He/she did not vote for defunding the police. Hmm, I wonder why (as the mob gets unruly)...

A follow-up vid, with police responding:

The Black Knight said:
I understand how you feel.

However, I would urge you and anyone else feeling the way you do to direct your anger towards anyone who is simply anti-white/anti-American/ant-western first and foremost.

Suffice to say, the white community in particular is filled with TONS of self-hating/self-destructive white people and they need to be confronted in some way ultimately if things are to ever turn around. Whites are still the majority demographic (not for much longer though) and "liberal" whites are the only group that have an unjustified bias against their own race, heritage, and culture.

It's going to be very difficult in the current climate, as a white person, to confront anti-social non-whites on various issues. On the other hand, conservatives/moderate whites CAN confront liberal whites and the democrat party as a whole as "anti-white" and/or "anti-American" and I believe gain a lot of traction if done with some resolve and backbone. 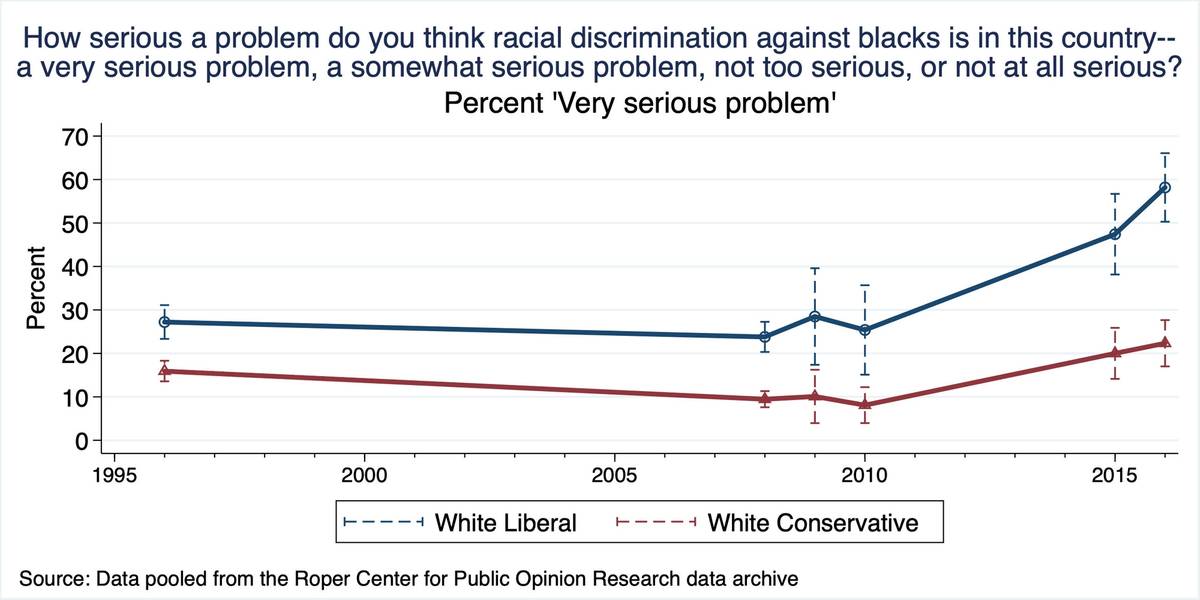 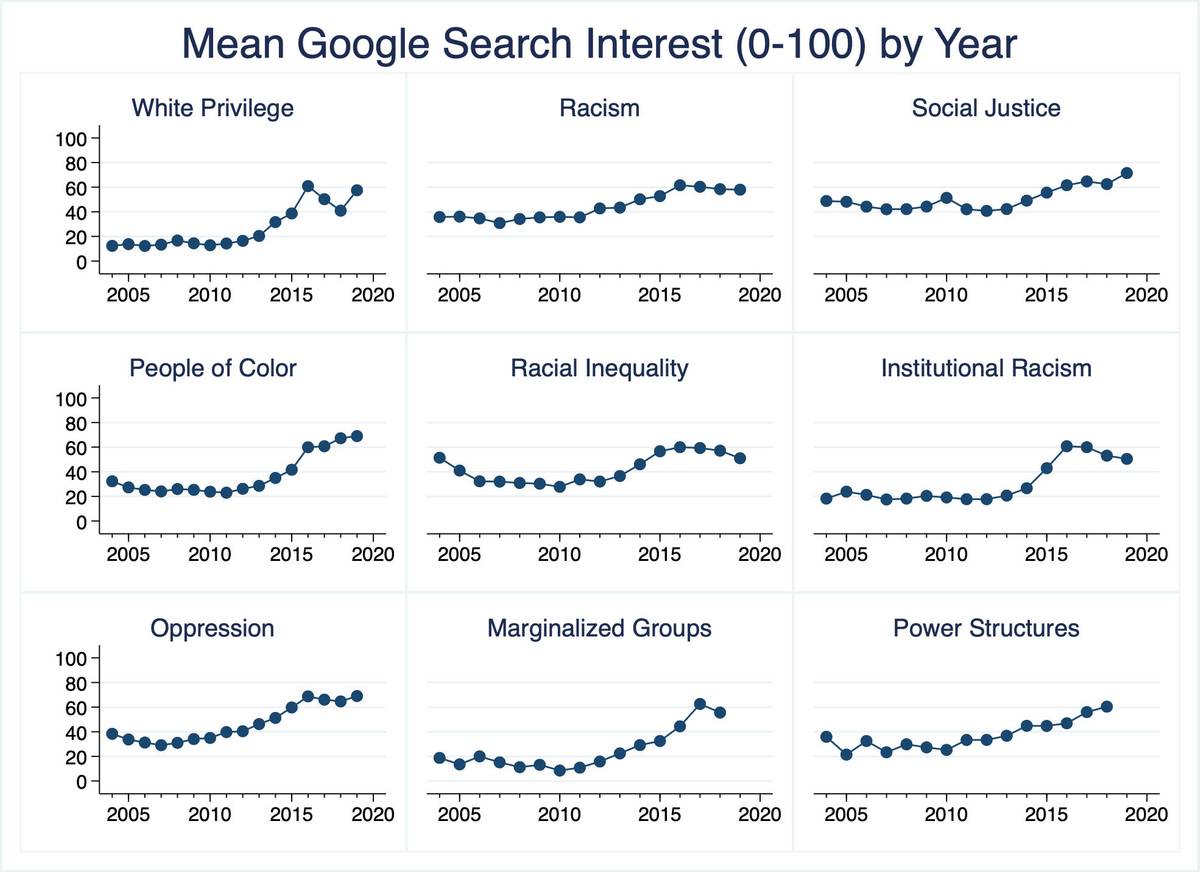 
And this is example of roughly what the GOP message should be like across the board going forward:

Just wanted to bump this post and encourage anyone wanting to do research on this to check out the source link.

Some might say it was just a "stand alone complex" that in 2010 there were steady increases in SJW search terms. I'd say it was a concerted effort. I'm of the mind that every revolution is a well coordinated/organized and funded.

I believe, or want to believe different people of different backgrounds and looks can in fact get along relatively well -- granted there will still be problems. However, when you mix different ethnic groups and races together and fill them with marxist propaganda that they have been exploited or oppressed, as the only reason for any kind of disparity in outcomes, and it's a recipe for disaster. It's the same with men and women -- the marxist answer is different outcomes means the patriarchy. We all know this.

Of course we know that's not the only problem going on -- extreme corruption, fake capitalism and tiered justice, as well as other massive subversion is taking down our society.

Anyways, hang in there brothers. Keep getting prepared, organized and in small groups of people you trust. I don't think there's any really turning anything back, but responding in the best way possible. A bit like slipping down a mountain. It's already happening, we just have to be ready to dig in and deal with the situation at hand.

Remember: Thomas Jefferson leading up to the revolutionary war had a child die (one of many), his wife was very ill and his best friend died. That was all in just one year. 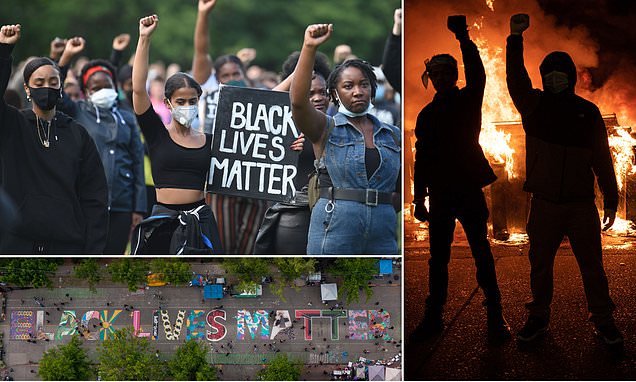 A Norwegian politician, Petter Eide, has nominated BLM for this year's Nobel Peace Prize, which will be announced in October. Donald Trump has also been nominated, for the second time.

A Norwegian politician, Petter Eide, has nominated BLM for this year's Nobel Peace Prize, which will be announced in October. Donald Trump has also been nominated, for the second time.

Needs something stronger than the "clown" react, but that's the best we've got.

Catholic
In the people's republic of MoCo, MD white guy driving and behaving erratically gets shot by sheriff's deputy. Given the circumstances, if he'd been black I have no doubt we'd be looking at another round of riots. The guy who took this video is obviously black and his commentary after the man gets shot:

"That's the shit I like to see. Thought yo [sic] ass was privileged."

Renzy said:
In the people's republic of MoCo, MD white guy driving and behaving erratically gets shot by sheriff's deputy. Given the circumstances, if he'd been black I have no doubt we'd be looking at another round of riots. The guy who took this video is obviously black and his commentary after the man gets shot:

"That's the shit I like to see. Thought yo [sic] ass was privileged."

Nah wouldn't be any riots now that the election was fairly won.
If there were they would not get nearly as much support or coverage.
Useful idiots and radicals are only needed to stir up shit until the goal of gaining power is achieved, or whenever black "community leaders" want to squeeze more funds from the Gov.

The USGOV can now apply force officially through FBI and IRS to go after dissenters. No need for the goon squads.

Catholic
Gold Member
Rochester's about to get lit... 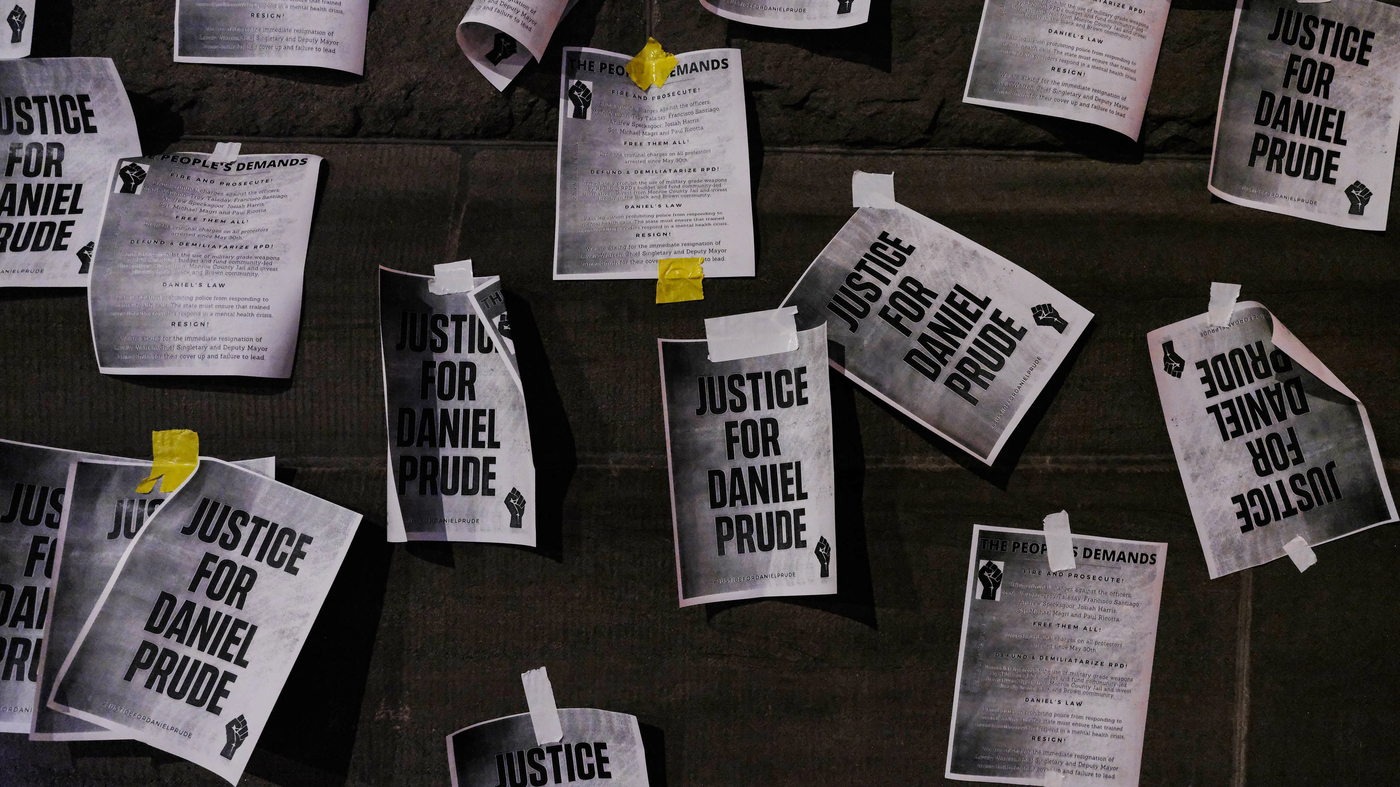 "We concluded that there was sufficient evidence surrounding Mr. Prude's death to warrant presenting the case to a grand jury, and we presented the most comprehensive case possible," officials said.

The backlash brought protesters into the streets demanding justice and transparency, with some calling on the city's mayor and police chief to resign amid accusations of a cover-up — charges that both denied.

A day after the video's release, Rochester Mayor Lovely Warren said she had been told by Police Chief La'Ron Singletary that Prude had overdosed while in police custody and she did not see video of the arrest herself until August.

She told reporters that Prude had been failed "by our police department, our mental health care system, our society ... and by me."

She also said that institutional and structural racism had led to Prude's death, noting she believed those systems would not have failed him if he had been white.

That day, Warren ordered the immediate suspension of seven police officers without pay and promised changes to the police department and the way it responds to mental health crises.

She later announced that Singletary and the rest of the department's command staff would resign, saying the 20-year veteran felt that "his career and integrity [have] been challenged."

But she fired him just days later, after a preliminary report by the deputy mayor found serious issues with the police's and city leaders' response to Prude's death.

Sam Malone said:
Rochester's about to get lit...
Click to expand...

Trump is not the President anymore, so I doubt anything significant will happen.

Roosh said:
Trump is not the President anymore, so I doubt anything significant will happen.
Click to expand...

Moreso that it's cold and snowy. If this happened in April or beyond, as the Derek Chauvin fallout will, I could see it, but no public protest will sustain itself more than a few hours on a few days in February in the snow belt like that, I don't think.

A newly proposed bill in Tennessee would make it even more difficult to protest in the state -- by making obstructing a highway a felony and giving immunity to drivers who unintentionally injure or kill those in the way. 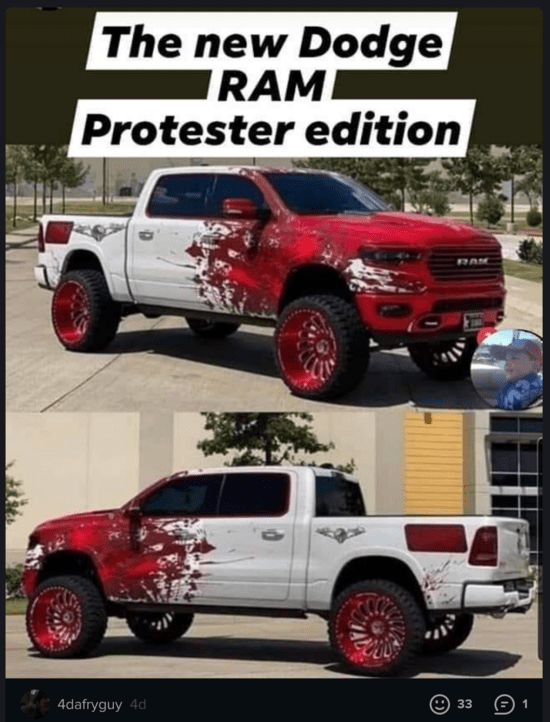 A newly proposed bill in Tennessee would make it even more difficult to protest in the state -- by making obstructing a highway a felony and giving immunity to drivers who unintentionally injure or kill those in the way.

To be fair, it doesn't seem like legislation should even be necessary for this.

bucky said:
To be fair, it doesn't seem like legislation should even be necessary for this.
Click to expand...

Exactly. But the fact that Tenn is actually recognizing the danger these marxist street tactics put the drivers in is significant imo.

bucky said:
To be fair, it doesn't seem like legislation should even be necessary for this.
Click to expand...

No kidding. I almost forgot I wasn’t browsing the Clown World section.

It’s a sign of the times when they start passing laws “allowing” you to defend yourself, not that similar things haven’t been done since before I was born. This implies the default position is that you are not permitted that “luxury.” Even though this is done with good intent, it is just an indication that our rights are enumerated by the state. Mommy will tell you when it’s ok to block a punch, or else.
L

Gnostic or New Age
I tried to follow Coca Cola's 'be less white' advice today. I am happy that it was a full success as I went out and stole a 12-pack of coke. 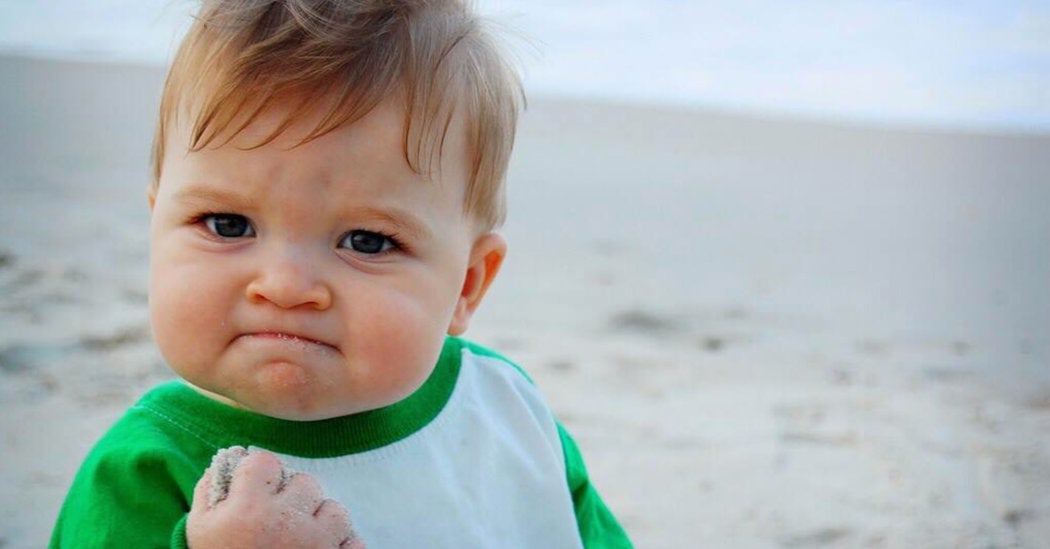 Catholic
I've worked alongside a lot of black people, and I mean a lot. I've also lived in areas with a high black populations. What I've observed over the yeas is that there is a marked difference in diaspora blacks and African blacks. Working with many people from Africa I found them to be mostly very polite, often great fun to be around and that only one person I remember played the race card and he was a Nigerian. Another thing I remember, that was a bit of an eye opener, was that the women were much more attractive. Not because they were particularly great lookers to my Western eyes, but because they're far more natural, graceful and feminine than most of the diaspora I've met. It was quite a profound experience to realise, not only am I not on edge around these people, but they're likeable, quite different in many respects, but likeable nevertheless.

Conversely, I've had many bad experiences with 2nd, 3rd and 4th generation West Indians. I've not met many I want to be around for long. They're all too frequently hostile, hustling, posturing or obnoxiously loud. And you don't have to wait long before the chip appears on their shoulders. And they can't take any form of criticism from a white man. In this respect they're like damaged children. Being out of Africa for so long has not been kind to them. But, then, they've been subject to decades of propaganda and social engineering and firmly believe they're the most hard done by people in the history of mankind. This black holocaust mythology is hardwired now and only a concerted, deprogramming effort for at least 2 maybe 3 generations would be needed. Even then it would be better if they lived in the land of their ancestors, their true homeland, for them to find their dignity.