The RNC needs to be replaced ASAP. If this is their chair"woman" then there is no way in hell they will protect our cities and families in this time of crisis.

Truth is they don't want to stop it, in fact they might even be supporting it and part of it.

So who takes down the corrupt FBI? Not Trump, he's had 4 years. They will keep coming and they will only get worse. You can't stop them at the level of effort and coordination we are currently at. They have it, you don't, it's that simple.

It's a insurrection you don't understand. It's a war already you just don't realize it.
R

911 said:
The Tulsa Riots narrative is about as fake as the Central Park Five revisionist glorification of the worst kind of gang rapind hoodlums.

This is a real account of what went on, from a recent Tim Kelly podcast with Mike Enoch: 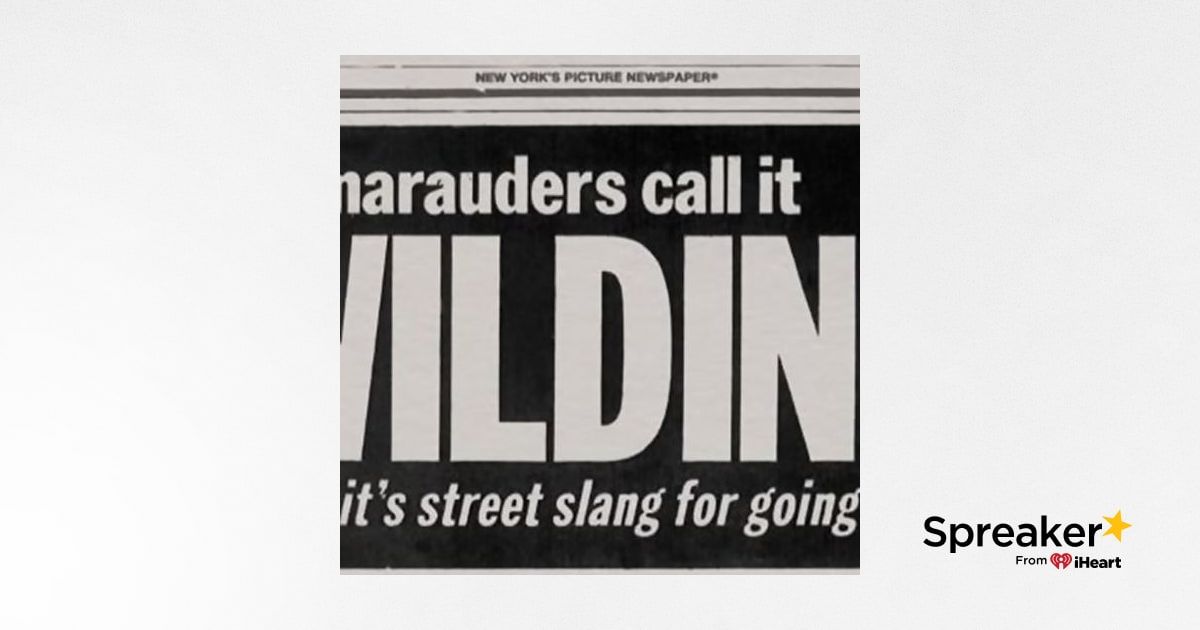 Mike Enoch on the Tulsa Riot of '21, Central Park Five and the Anti-White Agenda

Mike Enoch returns to Our Interesting Times to discuss his research on the Tulsa Race Riot of 1921, the Central Park Five case and how the narratives of these and other events are used to promote an anti-white agenda. Mike is an independent researcher, activist and co-founder of the Right Stuff...

911 said:
Trump is doing the smart thing here by not overreacting, letting the riots turn the public tide against the leftists. Globohomo fiend Macron doubled his small base by doing the same tactic in France, though in his case the media was in his pocket.

Despite the media being hostlile to Trump, Middle America will support the Law and Order candidate vs the burn it down DNC establishment.
Click to expand...

Agreed, all the rioting and looting is designed to force Trump's hand - to bait him into bringing in the national guard and using deadly force on the looters.

If he does that he will be labelled as the president that murdered "peaceful demonstrators" that were protesting for social justice. The media onslaught will be relentless and his base won't turn out for the election.

Now that it is June, will we see rainbow flags waving at these marches/riots? Visualizing it makes me think of the "You are Occupied, You are Humiliated" post I read elsewhere last month.
W

Gimlet said:
Now that it is June, will we see rainbow flags waving at these marches/riots? Visualizing it makes me think of the "You are Occupied, You are Humiliated" post I read elsewhere last month.
Click to expand...

Normal blacks won't tolerate that. If they are already turning on ANTIFA, they aren't going to tolerate a bunch of Peter-Puffers subverting their protests and pushing the gay agenda.

I was at a BLM rally today in a large city closest to me in the UK. I went out of morbid curiosity and brought my camera. Basically there was no one over 30 there, and for the most part it was young girls, which is pretty much what I expected. I'm not sure if it's medically possible to die from cringe, but when the crowd starting chanting "I can't breathe" I nearly found out.

I kept thinking back to this crime show I watched last night. It was Murder on CCTV and shows real-life murders. Last night's episode was about this white autistic guy (early 30s) whose nightly ritual was to go to Walmart. Completely randomly, two black teenagers were scoping out the parking lot of Walmart (in a stolen car, no less) for more cars to break into.

When the autistic kid got back into his car to drive home, the two black youths spotted him and decided to trail him all the way home. When he got out of his car just a few feet from his front door, they shot him and drove away.

Completely random, completely senseless, completely devoid of any kind of humanity or reason, but totally indicative of crime in the black community in America.

Nobody will remember his name, of course.

perros said:
The riots and looting are so stupid, because it never ever ever helps your cause whatsoever, and no one feels sympathetic towards the people causing all of this.

That is why there was no change after the LA riots of 92, Ferguson Riots, Trayvon Martin, and this event as well because the response was always "law and order" from the establishment to stop all the looting and White America as a whole was not sympathetic to the cause and wanted to see "law and order" to quell the riots. When riots like this happens the majority of the people look at Blacks as the bad guys who are out robbing and looting.

I think what Black America needs is another MLK Jr. type figure that understands the politics involved with all of this. He was in favor of non-violent protests, but he did it in such a way to try to instigate white cops without necessarily fighting them. Sit-ins for example, or sitting in the front of the bus, and protesters back then took one for the team knowing full well that once they did that then they were going to get beat and possibly killed, but the orders were always "do not fight back, just take it". MLK was mocked for these tactics especially by Malcolm X who preached self-defense as in to say "If someone beats me with a Baton over my head, I'm not going to sit there and just take it, I'm going to swing back". "Change by any means necessary" went the saying. MLK's non-violent tactics ended up working because not only was the establishment willing to negotiate and work with him (He's not the scary Black militant Malcolm X), but his tactics made the white cops look like the bad guys to white American conscience and the entire world. Its all about who is made to be looked as the bad guys.

MLK was a smart guy, truly a great American icon.
Click to expand...

Southern blacks in the 1960s grew up with fathers, largely lived in rural areas and small towns, and lived in an authoritarian society. That's not the black experience today.

Goni said:
A friend of mine sent me this like 1 hour ago


I was hoping that if everyone in America would have these balls, the black looters and Antifa would never dare to do the plunder and damages they have done till now.
Click to expand...

Free violence on Albanians is playing with your life . I wouldn't even do it if i was paid 100k USD.
As the tex is mentioning , Albanians have a good relationship with Italians in general , even here in Albania , so I believe that in the USA it's the same.
Albanians are bad on many other things , but they are a very good inspiration for the self-defense of White people.

Gold Member
I think I need to log off the interwebz for the sake of my mental health.

griffinmill said:
Completely random, completely senseless, completely devoid of any kind of humanity or reason, but totally indicative of crime in the black community in America.

Nobody will remember his name, of course.
Click to expand...

All the stats that show black on white crime proportionally towering over the reverse are readily available for anyone on the internet. If anyone want to do the research before going and protesting this, they easily could (from the comfort of home, in a few seconds). What is this? Who are these people? How did we get here? Roosh mentions their brains are mush. May be.

Also, anyone remember the name of the innocent Australian woman shot dead by the somalian cop in MN?

Renzy said:
I remember after 9/11 one of my coworkers left a high paying tech job to join the FBI (at half the salary he was making as a developer) because after seeing those planes fly into the WTC he wanted to do something/anything to fight back against the people who attacked our country. Other guys I knew joined up with the military for similar reasons. Regardless of how the war in Iraq and Afghanistan played out, or how tainted the FBI as an organization is now, back then I think there were more avenues for men to channel those kind of impulses when it came to defending their country. I feel that same impulse now, but what are you supposed to do to when it's your own citizens wreaking havoc in your cities.
Click to expand...

First, we need good people in all areas of federal service. We haven't lost yet. If someone wants to be a Marine or FBI agent they should go for it. If one of "our guys" is opposed to certain government jobs for ideological reasons, there are still options where you will be working towards "our goals." ICE, Border Patrol, or Bureau of Prisons for law enforcement at the federal level. For military look at the Coast Guard. If you live in a bright red state look at positions very unlikely to be deployed overseas by the federal government in the national guard. I had a friend who was in the national guard marching band. You go to basic training, you still will be called on for domestic disaster relief or policing, but you would never go overseas. Some states have their own defense forces. Most people don't know about them. It's kind of the military equivalent of a volunteer fire department. They will be less professional and have low standards, but some of them do fairly interesting drills. When I lived in Georgia I knew a guy who was in the Georgia State Guard. His units job was to play the enemy in drills for the Georgia National Guard.
https://en.wikipedia.org/wiki/State_defense_force
If someone wants to protect property from rioters and looters look and see if your state or local government has a reserve police force. I think they mostly do security type jobs on a volunteer basis, but they are fully sworn in officers.

Gold Member
A good chunk of the NYC looting appears to be coming from professional looting rings:

Are other people even real?

I don't even know what's going on anymore.

She needs to find some looters that ruin her lipstick, not her mascara.