It looks like Biden's America will be lawless. From Tacoma, some sort of illegal street race turns into a pile up as a police car runs over several people: 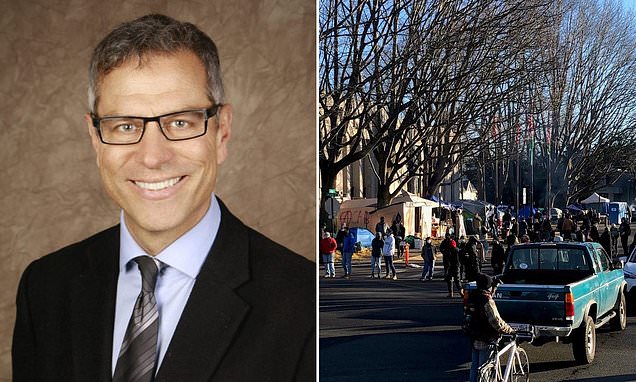 Bellingham Mayor Seth Fleetwood was escorted out of the building Friday morning after a group of around 20 people broke into the main lobby, according to KIRO7.

Journalist Andy Ngo has told Sky News how he had to flee his hometown of Portland, Oregon after increasing threats on his life by “Antifa extremists”.
Click to expand...

It looks somebody had had enough.

Mayor Ted Wheeler, of Portland, gets into his second scuffle - in as many months. This time he pulled out the pepper spray, before an oncoming beatdown:

Mayor Ted Wheeler, a Democrat, told police of the man: "I clearly informed him that he needed to back off," before spraying him in the eyes, according to an incident report released by police.

Wheeler told police he was leaving a pub at around 8 p.m. when the man, filming him with a phone, accused the mayor of not wearing a mask while sitting in a restaurant as required by Covid-19 rules, and also other issues.

Wheeler said he told the man he was sitting in a tented area, and that the coronavirus rules allow someone to take off their mask when eating or drinking, according to the police report.

The man, who was not wearing a mask, followed Wheeler to his car and "got within a foot or two of my face while he was videoing me," the report quoted Wheeler as saying.

"I became imminently concerned for my personal safety, as I had recently been physically accosted in a similar situation," the mayor said according to the report. Wheeler also said he was afraid of catching Covid-19.

A spokesman for the mayor said Wheeler is fully cooperating with police. He was with former Portland Mayor Sam Adams at the time, who is listed in the report as a witness.

"Portland Mayor Ted Wheeler filed a police report relating to an incident that occurred. The Mayor is cooperating with the police investigation and encourages others involved to do the same," Wheeler's director of communications Jim Middaugh said in a statement.

I seem to have lost my tiny violin 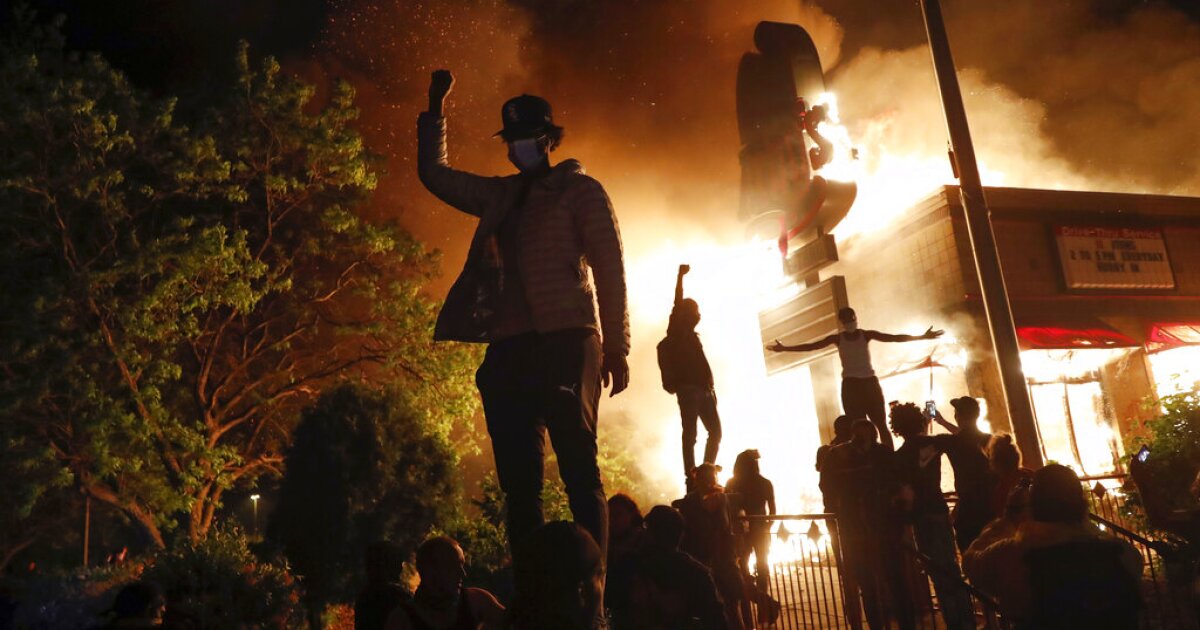 A Minneapolis city proposal announced this week would scrap the police department and replace it with "a comprehensive public safety approach," although it would retain many of the officers.


Its OK. Officially they're not an anarchist city anymore, so...


Its OK. Officially they're not an anarchist city anymore, so...
Click to expand...

What amazes me is that these riots are still going on since this past summer. Portland and Seattle are completely out of control. Their local political establishments have intentionally allowed this to happen and they are not serious or capable of putting an end to this. The democrats are now in power on the federal level and nothing has changed.

At what point do the authorities decide enough is enough? Several weeks ago, I saw an old video of the riots in Chicago back in the 1960s and Chicago mayor Richard Daley went on TV in Chicago and announced that he had enough and put the city on notice that he had just issued the shoot to kill order for the Chicago police. They were authorized to shoot anyone rioting, looting and or if they we’re setting fires to any buildings. The riots came to an abrupt end. This is the same mayor that had his police force beat up and arrests all of the hippie leftists protestors at the 1968 democratic convention there. Can you imagine if the mayors in Portland and Seattle did this today? There would be calls for the feds to intervene and the mayors would be accused of racism and other things.
J

Anyone have Diaperage Reports from Thailand? Mainly Koh Tao/Samui islands?

Portland continues to look like something from 1980s Beirut. Now, Antifa are invading banking locations:

Good. Let the banks deal with what they helped create.

Easy_C said:
Good. Let the banks deal with what they helped create.
Click to expand...

I noticed that the Gov. is finally starting to move against Antifa this week. Is it because of the bank attacks? I don't really believe in coincidences.
Share:
Twitter Email Share Link
Top