An altercation between two women and a postal carrier was captured by a bystander; police say they have made an arrest but offer no details
www.detroitnews.com
Click to expand...

Those pesky people of Scottish descent at it again... Causing a ruckus and damaging government property.

The police are enemies. I figured this out over a decade ago. How is this not evident to the thin blue line flaggers? At least the BLM crowd understands what they’re supporting.

Maybe the police in your area are but don't lump everybody doing a job into the same category. It's a big world.

Quite frankly, a lot of these people are very poorly educated and very stupid.

Black and White thinking is a nice little mental shortcut that feels better because you don’t need to accept any of that uncomfortable uncertainty or ambiguity. In practice it’s stupid to say “cops good” or “cops bad” and you need to look at the behavior, leadership, and policies of different organizations. A lot of county sheriffs are great. Others are not so great and will have no compunction about beating down anyone they’re told to

The Penitent Man said:
The police are enemies. I figured this out over a decade ago. How is this not evident to the thin blue line flaggers?
Click to expand...

It's hope (cope). They're hoping to win some allies with power. It's not going to work, obviously, and it's just cringe to look at, but I think 90% of the time that's it (and the other 10% of the time they have family who are cops).
T 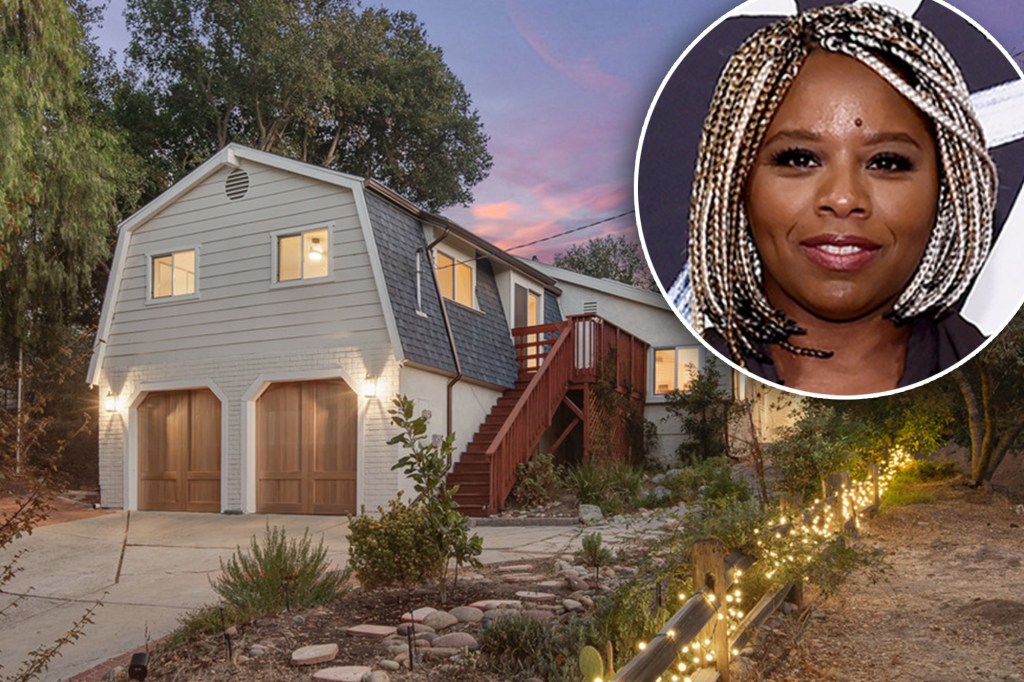 Patrisse Khan-Cullors, the leader of Black Lives Matter and a self-described Marxist, recently purchased a $1.4 million home in an exclusive Los Angeles neighborhood where the vast majority of resi…

These low IQ individuals supporting BLM think they know what they are supporting but they are being taken for a ride. Useful idiots is the term. However, there is some truth here as the police (the leadership, politicians) etc need to be called out.

The Summer riot season is starting a bit earlier than usual in the U.S. (Minneapolis). Supposedly, a darkly tanned individual was shot by police, so his friends and relatives are stealing their reparations aka looting:

MRAll134 said:
When there is no leadership at the top (Unelected Pres. Zombie J. Biden), the ground floor turns to chaos. A postal worker is attacked in Flint, Michigan for their "stimulus checks." Probably not one of the best reasons to be put in front of a judge.

What language is that?
B

get2choppaaa said:
Those pesky people of Scottish descent at it again... Causing a ruckus and damaging government property.
Click to expand...

I was a postman for a while in a tough Scottish city.
Thursdays was Govt cheque day and there was a 'police escort' or rather 'police presence' in the underclass/drug-addict areas of the town.

But the bottom line was each city is laced with postal vans picking up and dropping off the later mail drops for postmen who are already out on their rounds.

What actually happened was that - when a group of junkies did actually try beating and mugging a lone postman for his cheques etc. on a bleak housing estate... the shout went out and in no time about 3 vans freshly filled with very angry posties who had been picked up along the way skidded up and beat the ever living wot-sit out of the junkie gang.

The post-scenario debate with the authorities was about making sure all cheques and items of value were accounted for, making sure the street gang were prosecuted to the fullest extent of the law and finally if there was a way that the police could coordinate better with the posties to make sure not even one postman ever copped a head shot again.

As far as consequences for the postmen who kicked the teeth out of the junkies or who had broken a few jaws and ribs whilst this fracas had meant that their daily lunch time pub meeting had been delayed? Well, that would have brought forth amused laughter.

But those days, although fairly recent, nobody had ever heard of toxic masculinity or something called 'whiteness' and Scotland didn't have a communist SNP government. The police forces were localized and not centralized as they subsequently were under the SNP (a backward step).
Nowadays even Northern Scotland is different.

You will have a problem with the police if your a criminal or break the law for the most part. Why would the police or anything else be anywhere close being perfect?

I dont understand do you think that the world and generations before you should have made the word run like clock work just for you, this is the problem with the snowflake generations we have now.

I see the USA's path to ever more stupidity is ongoing. The disease that has festered and spread from that country is going to upend the world one day.

Papaya said:
Volatility in da weave futures markets got errbody all riled up
Click to expand...

Foolsgo1d said:
I see the USA's path to ever more stupidity is ongoing. The disease that has festered and spread from that country is going to upend the world one day.
Click to expand...

kazz said:
You will have a problem with the police if your a criminal or break the law for the most part. Why would the police or anything else be anywhere close being perfect?

I dont understand do you think that the world and generations before you should have made the word run like clock work just for you, this is the problem with the snowflake generations we have now.
Click to expand...

I’ve caught a lot of guff on this thread for the above post and I want to avoid being argumentative, but I stand with my previously asserted position. I understand individual officers and some select community forces may not fall into the “bad cop” theme. Regardless, generalities are inevitable in any mode of communication, especially when a group wears a uniform, acts or is supposed to act in accordance with certain rules of the group or a code of conduct, and when the members consider themselves as part of a brotherhood or fraternal order.

I don’t ascribe to the thought that, just because some members of a group aren’t the thing you claim, you can’t criticize any of them. It’s basically like a biker gang. If you wear the patch, I’m going to make assumptions. Those assumptions are going to be based on: 1) what that patch is supposed to represent; and 2) what I know of the behavior of other members of your group.

I don’t disparage Jimmy the local Sheriff’s Deputy for having to deal with the community druggies, horrific accidents, and criminals. We all know Jimmy and he comes to your barbecue and has fun stories. He isn’t there to target you. He may even share your views about the state of the world.

But the fact of the matter is that Jimmy is part of a much larger organ, and that organ doesn’t serve you or your family, it serves the interests of the State. And that means it serves the interests of those who control the State. Local or not, Jimmy still puts on that uniform, and he is going to take orders from someone who gives them. That’s the cut that Jimmy wears.

You imply that those who aren’t on the wrong side of “the law” have nothing to worry about. The “law” is now nothing more than an ephemeral concept that is whatever those in positions of power say it is. There are no stable, written and fixed rules we can all reference to say that “this is the law” and it shall be adhered to by both the people and governing authorities.

It is written that what is right shall become wrong and vice versa. You and I are about to be on the wrong side of “the law” in short order. And the ones who enforce “the law” will become our adversaries.

Here is what we have witnessed and can expect those who uphold “the law” to enforce:

- laws forcing you to wear a mask
- laws shutting down business that do not comply with mask laws
- laws shutting down businesses trying to survive in spite of the virus regime
- orders allowing riots to occur
- orders that allow arson to occur
- orders allowing widespread looting
- orders that require cops to stand down while widespread violence occurs
- orders that direct cops to arrest anyone acting in defense of self or property amid widespread violence and looting
- laws protecting sodomy
- laws against people who speak against sodomy
- judicial rulings allowing physicians to mutilate a child’s genitals against the father’s will
- judicial rulings forcing fathers to pay for the medical costs of their own child’s mutilation
- orders to stand as praetorian guard for judges and government officials who enact such rulings
- orders allowing destruction or defacement of city, state, and national monuments
- orders to strip a citizen of his means of self defense
- Speech codes
- municipal laws that operate as a shakedown of the citizenry under the color of traffic laws
- orders directing cops from enforcing immigration law
- municipal laws in blatant violation of federal immigration law
- laws in blatant violation of the Constitution, etc.

I’ve seen some great examples of really honorable cops on this board, all within the past year. The thing is, I don’t think any of them remained on the force.
Share:
Twitter Email Share Link
Top