MRAll134 said:
Seattle is now District 9. A homeless camp has been set-up next to a K-to-9 elementary school. Unsurprisingly, attendance is down this year:

Enrollment drops at Seattle public school that houses violent homeless encampment
Principal Tipton Blish of the Broadview- Thompson K-8 public school in Seattle admitted in an email that classrooms will need to be reorganized to due to plummeting enrollment. The school is currently home to a violent homeless encampment which has been growing for more than a year...
Click to expand...

Something similar was going on in Minneapolis until the encampment was cleared this week.

The encampment was adjacent to a Volunteers for America alternative school for at-risk youth, which went virtual because of the perceived risk to students from the encampment. A proliferation of drugs also posed challenges for the American Indian Community Development Corporation, which had built an affordable housing complex to serve residents of the Wall of Forgotten Natives tent city that popped up along Hiawatha Avenue three years ago.
Click to expand...

Elsewhere in the Midwest, it is legal to have a shootout in Chicago now as long as it can be deemed "mutual combat."

Garuda said:
Something similar was going on in Minneapolis until the encampment was cleared this week.

Elsewhere in the Midwest, it is legal to have a shootout in Chicago now as long as it can be deemed "mutual combat."

But question your school board, and be prosecuted as a terrorist in Biden's America. How this is tolerated is really beyond me, and moving out of this country increasingly becomes a far nicer prospect than staying here. This country is over. Finished.

It's not looking good for Columbus, Ohio.

In Philadelphia. an illegal from the Congo raped a woman for a half hour on a train while everyone else recorded.

Garuda said:
In Philadelphia. an illegal from the Congo raped a woman for a half hour on a train while everyone else recorded.

Was it actually a rape or was it some whore doing sex in public with an ape? I’m curious as to the demographics of the onlookers. Who do we know that likes to film these events with their phones?

Also, what if some justifiably outraged Good Samaritan decided to act, wouldn’t that person be charged with something in clown world? What if you walked up behind him and slit his throat open, wouldn’t they just toss you into prison for “excessive force,” or “interfering with a negro” or something like that? I would imagine in that scenario the story would then become that a white racist attacked a teen who was just engaged in innocent mischief by having some casual sex on a train.

Alec Baldwin is not just an actor; he is a killer! He kills one and nearly kills another, on the set of "Rust." I guess the armourers are using live rounds again, like they did on the set of "The Crow (Brandon Lee):"

Sheriff: Producer Alec Baldwin fired ‘prop gun’ on a movie set that killed photography chief and injured director
SANTA FE, New Mexico — A woman is dead and at least one more crewmember was injured following an apparent accident involving a prop gun on the set of the upcoming movie “Rust” which was being filmed in Santa Fe.

Police were called to the movie set at Bonanza Creek Ranch around 1:15 p.m. MST.

Law enforcement officials said the incident “involved the use of a prop firearm when it was discharged.” The Santa Fe County Sheriff’s Office says the gun was fired by producer Alec Baldwin.

The deceased victim was identified as cinematographer Halyna Hutchins — director Joel Souza was the other wounded person.

That is….extremely unusual to say the least.
J

Consecrating the production with a human sacrifice?

jollycynic said:
Consecrating the production with a human sacrifice?
Click to expand...

If that was the case it would happen frequently. Not a one off.

There's too many recent news links to make a forum post out of, but look at the recent Portland Oregon reports when you have the time.

It sounds like bedlam there. Absolute, total bedlam.
T

Two weeks ago I was in New York and for the past couple of days, I've been in Boston. Leading up to these two trips I had a lot of anxiety. I really didn't want to go and my reasons are obvious. Certainly, personal safety is always a priority and both of these cities have cracked down on their police force, New York especially. But I can handle myself, so, the real dread was having to witness the cultural degradation.

One of my neighbors had this to say about a potential trip into Boston, "I'm worried what I might do in reaction to the things I'll likely see". When I was in New York I took a page out of my Brother-in-law's routine and just kept my head down, moved purposely and I stuck to a very specific area (around Park Ave). Amtrak to Penn Station to the ACE or 123 to the 7 train to 5th ave - destination. As a result, I minimized my exposure to the city and its depravity.

Boston was a different experience only because I had to circulate a little more around town. At the margin, the difference wasn't too big, but, that extra time I was exposed made all the difference. I was hoping to conclude afterward that my anxiety was an over-reaction. It was not. I left Boston last night writing off the entire experience as dreadful.

The public transportation and infrastructure are neglected, dirty, full of vagrants, and falling apart. But, outside of the city this is the case too. Highway overpasses are showing rebar. Most things just don't work. For instance, an operating escalator or elevator is somewhat of a rarity. If there are two elevators only one works. Construction projects are endless and never make any progress unless of course, its privately funded. The metro station I used has been "under construction", for years, maybe decades. Homelessness is ubiquitous. I witnessed several incidents of drug addicts "tweaking" and causing a scene. The city is dirty. The people are disappointing. Talk about atomitized (sorry misspelled). Heads in their phones, no spatial awareness, and seemingly no idea of the urban hellscape they choose to live among. These will be the people who will rush to encase themselves into the 3D world created by facebook.

During my train ride (metro), I did a set of pull ups on the overhead bar. No one noticed, not one bit. That's not because I wanted them to, I realized these people are completely ensconced in their phones. The 300 pound male with painted-on skinny jeans and purple hair was a pathetic display, but, he epitomized the essence of the city and its experience. Luckily there weren't many gay flags up, but, too many were. Passing a random coffee shop, I saw one in their window. This was the same day the news broke about the teacher-student homosexual sex romp at Hazard County public schools. So, seeing gay flags flying is nothing more than seeing a flag that supports child abuse whether its actual sex acts with adults or the "gender" madness. There was a very large mural-sized advert by bank of America showcasing homosexuality. But, to be fair, everything was a wokified. Not one ad had a single white person in it.

Overall, Boston MA is an absolute embarrassment. Its an utter disgrace of a city. Its degeneracy is only matched by its corruption. Where the heck does all the money go? Because there have been zero infrastructure improvements I've seen. Things don't look good for the city. The mayoral election is coming quick and there's a lot of woke and "diverse" candidates. Boston is a case study of what a city will look like if you let liberal people run it. Its not a pretty picture. Later that night I had a nightmare of sorts because I've always found the city a confining place. Kind of like a jail. Hard to get out.

I don't hold out any optimism for urban centers. That said, I saw several ads for "Jesus", which is always inspiring and, apparently, there is a very based and redpilled man running for mayor - pro-family and pro-Catholic. Yeah...in Boston! So, whether he wins or not, that's encouraging. Its a "weak signal", to see someone like that even throw their hat in the arena means something. His candidacy indicates there's something bubbling up from underneath. But, I think remote working will become a lot more common going forward. It helps both the company and the employee. Why pay for AAA space? Take that line item out and you'll save 100's of millions of dollars. That will devastate central business districts. Less commuters, less power lunches, less happy hours, less taxes...etc. But, I welcome this development. The city's need to undergo this and no person should have to endure the depravity within them. I'm happy to never go into another city ever again in my life. 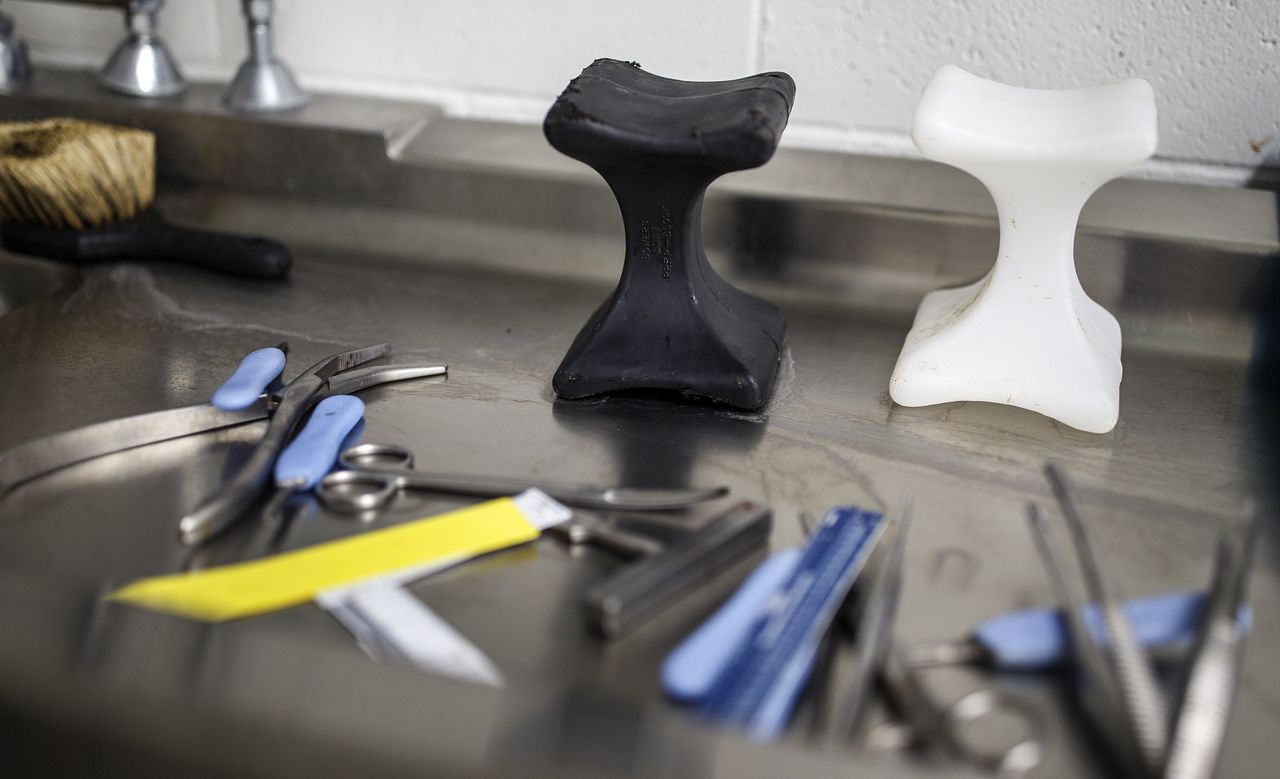 The body of a 98-year-old man who died of COVID-19 was dissected in front of a paying audience inside a downtown Portland hotel last month — after his wife thought she donated his body to science.

The body of a 98-year-old man who died of COVID-19 was dissected in front of a paying audience inside a downtown Portland hotel last month — after his wife thought she donated his body to science.

Worship death and you get more death worship. Clownworld in a nutshell. 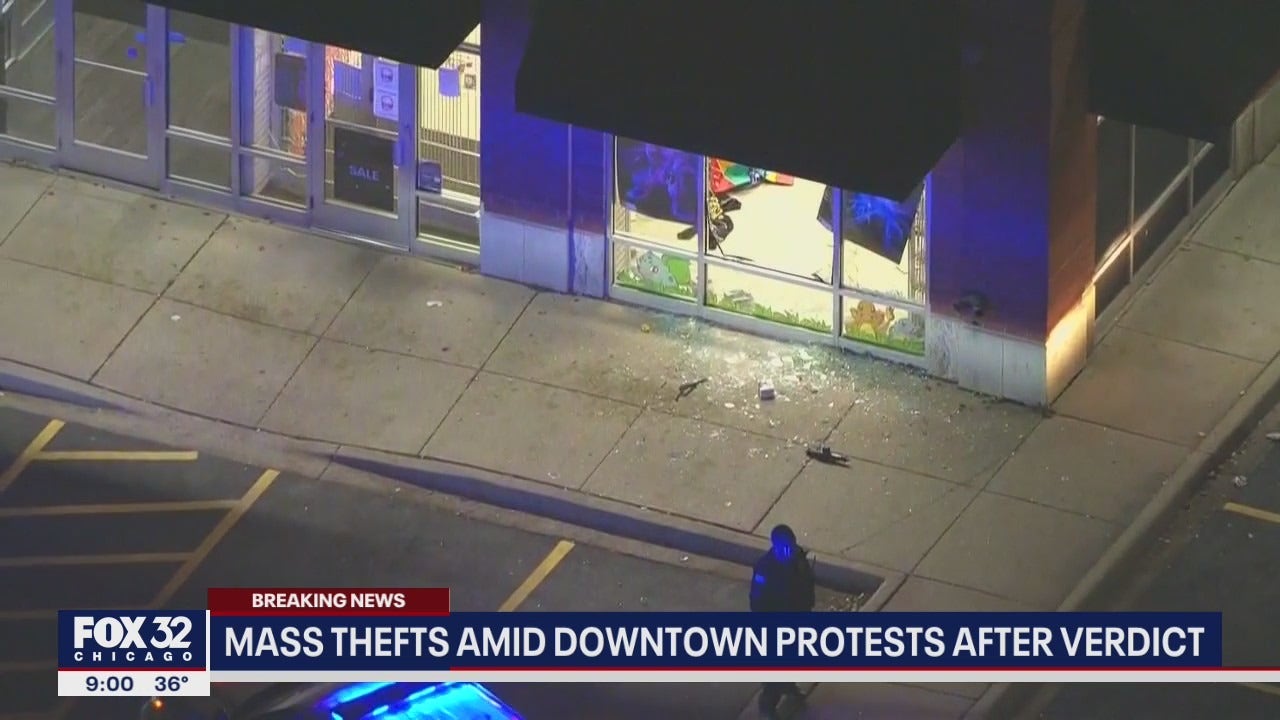 Neiman Marcus, GameStop in Chicago struck by thieves amid protests of Rittenhouse verdict

A mass theft occurred at the Neiman Marcus in downtown Chicago Friday night. A GameStop was also struck.

At first I assumed there was scant mayhem over the Rittenhouse thing over the weekend besides in toilets like Portland. Now it looks like there was indeed some looting in the usual places. Its just not making it past local news.

On a related note, I have a terrible, terrible feeling about Black Friday this week. Something tells me half the 'sales' will be like the above. Except on an absolutely massive scale. Nationwide. With shots fired. We will see.

I had a long, thoughtful reply written out in response to these videos but I just deleted it all. What else is there to say at this point other than just clicking the Clown World button?

Not a "city" but I heard report through the grapevine (a state trooper who is a good friend of someone I work with) to the effect that things have gotten crazy on major interstates. There's numbers of drivers of a certain demographic who are extremely aggressive, fast drivers and become livid when they get pulled over by state patrol. One incident occurred where one of them got cut off by a semi so the pulled up alongside the semi and fired a shot into the cab, hitting the driver.
Share:
Twitter Email Share Link
Top