In Ocala, Fl., a man burns down a Catholic Church. Brutal:

Steven Shields, 24, of Dunnellon was charged with setting fire to and damaging the Queen of Peace Catholic Church in Ocala by a federal grand jury in Orlando, who returned an indictment against him.

According to the indictment, Shields rammed his minivan through the doors of the Queen of Peace Catholic Church on July 11, 2020 and intentionally poured several gallons of gasoline inside the building before igniting the blaze.

Everyone who was inside the Church at the time were able to escape without injury.

The indictment says that he was motivated to set the fire “due to the religious character of the church.”

This is definitely not new. Parts of Baltimore look like this too.

Orthodox
Gold Member
Listen to what the pilot had to say about the Bay Area, including the Liberals living there.

March 24, 11:15 a.m. In a hot mic incident recorded over the Mineta San Jose International Airport’s air traffic control scanner, an unidentified pilot was heard delivering an expletive-heavy rant, according to the travel site One Mile at a Time.

In the March 12 recording, the pilot says, “F—k this place, goddamn liberal f—ks.” He then continues, making several other curse-word-laden comments before being interrupted by what seems to be an air traffic controller.

The audio is archived online at Live ATC, a website that livestreams air traffic control audio transmissions. Though the audio is fuzzy and the context of the remarks unclear, the pilot can be heard repeatedly cursing.

“F—king weirdos, probably driving around in f—king Hyundais, f—king roads and s—t that go slow as f—k,” and, “You don’t have balls unless you’re f—king rolling coal, man, goddamn it.”

Live ATC confirmed the authenticity of the recording, but not which pilot or airline might have been involved. “We can neither confirm nor verify who made those comments,” a company representative wrote in an email.

Commenting on the incident, airport spokesperson Demetria Machado wrote, “This communication is very unprofessional, and I have forwarded the communication to the [Federal Aviation Administration].” The FAA operates the control towers.

In a statement, FAA spokesperson Ian Gregor wrote, "FAA regulations prohibit airline pilots from talking about subjects that are unrelated to safely conducting their flight while taxiing and while flying below 10,000 feet altitude."

"The FAA is investigating communications that an airline pilot made while taxiing at Mineta San Jose International Airport last week," read the statement. "The FAA also reported the incident to the airline."
Click to expand... 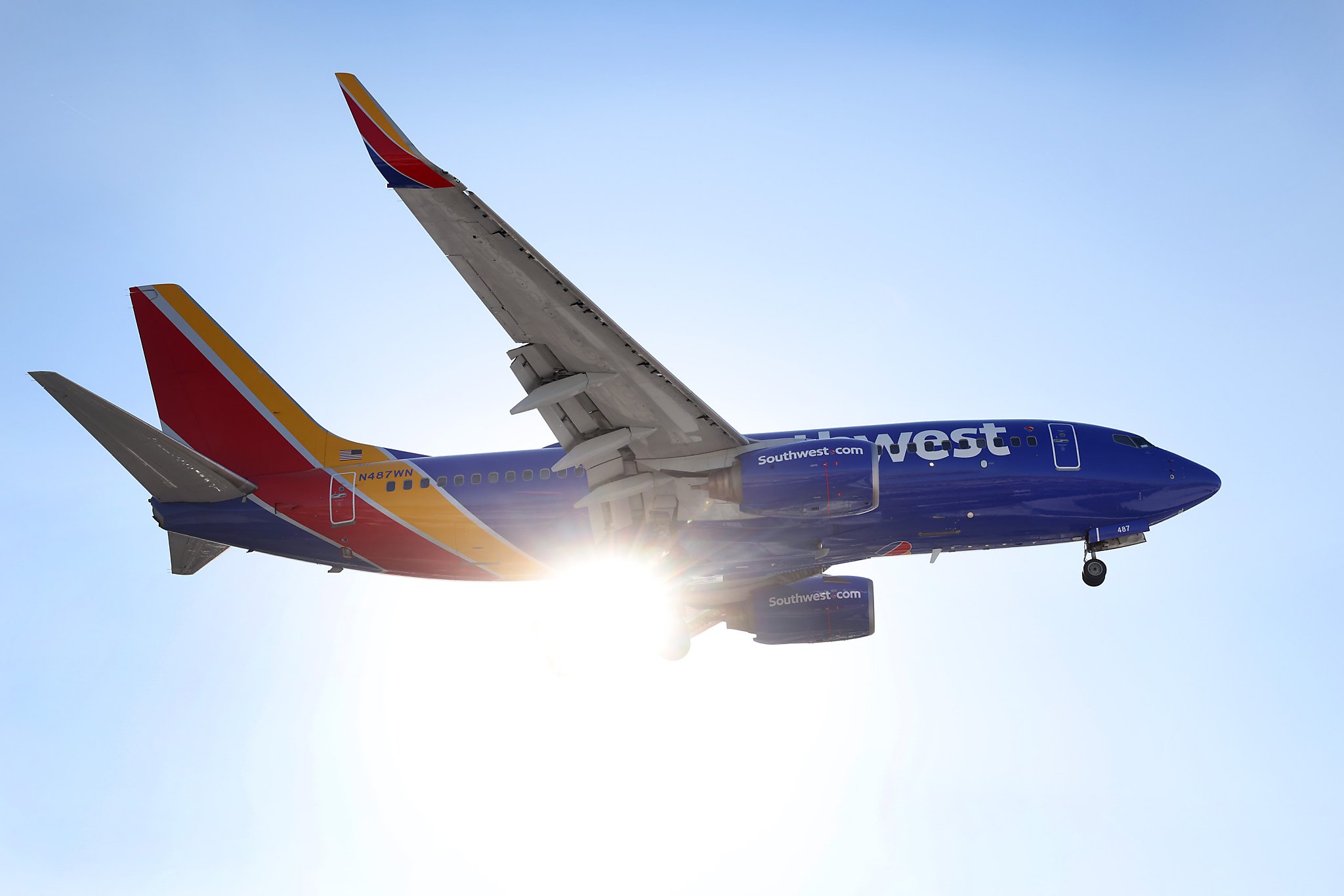 budoslavic said:
Listen to what the pilot had to say about the Bay Area, including the Liberals living there.

This sort of thing happens way more often than what most people realize. It’s not just pilots, but police officers and fireman. They’ll be in their squad cars or fire engines and oftentimes they will have their portable radios( walkie talkie) strapped on their sides and as they sit in their seats, the PTT( push to talk button) gets inadvertently pressed and activates the radio to transmit. At that point you have a live microphone.

Conversations that were just confined to their vehicles are now broadcast on the radio system and they will he heard by everyone that’s on that channel. Depending on how that specific radio system is set up, the audio can be heard from just a few miles away to sometimes cover an entire city or county. For many years I had to carry walkie talkies on the job and I always made it a point to remove my radio from my belt every time I had to have a sensitive conversation with someone just to avoid the risk that my radio didn’t have the PTT button stuck on. There was once an incident on the job where a guy that was several floors away was sitting at his desk in his office and as he was sitting in his chair, the PTT button got accidentally pressed and his radio went live and broadcast his conversation that he was having with another guy and everyone assigned to that channel heard his rants about his boss. Let’s just say that by the end of the week, the guy was fired.

A pandemic experiment in criminal justice reform takes hold in one of America's most violent cities.

Walks past the dead body with no concern, and keeps talking about her phone being in the car.

Walks past the dead body with no concern, and keeps talking about her phone being in the car.
Click to expand...

And notice, the national guard and cop\security guard do nothing for the victim. Don't check on him at all, nothing. Man was Pakistani, not white. Media not even mildly interested.

Joggers gonna jog. Ultimately the lib court will say they dindu nuffin' and give them a slap on the wrist cus muh white supremacy.

Walks past the dead body with no concern, and keeps talking about her phone being in the car.
Click to expand...

The perps were 13 and 15 respectively and carjacked the old timer with a taser none the less.
L

Non-Christian
And this is why over the past year, I've gone from about 20% to 100% anti-cop. To hell with pigs, every last one of them. They all defend the Deep State and its violent leftist minions.

I'll say it again, if armed conflict occurs in parts or all of America between citizens and/or government, cops deserve zero mercy

If this come near you, be prepared to do what you have to do without these incompetent zookeepers stopping you. Embrace the Lord and restore order, by any means necessary. God have mercy on us all.

American cities are terrible places. Leave them while you can.

perros said:
I live in Rockford, Illinois (90 miles west of Chicago) and they are starting to loot jewelry stores, and even going into car dealers and stealing cars. Its getting hectic here.
Click to expand...

Rockford has always been a sh*thole. I haven't gone near there since the troubles began. I'll pray that you remain among the quick.


PRFSyndrome said:
I live in Chicago and from what I’ve heard it’s intensifying. I saw a video of a rioter riding a police horse. There was also some looting in the downtown area.

May God have mercy on us all.
Click to expand...

I'm here too. There's nowhere that's not affected. My neighborhood's been hit by several waves of roving gibseekers to the point where I leave my car doors unlocked so at least they'll stop breaking my f*cking car window while rooting through the worthless things I leave in my car.
Last edited: April 5, 2021

When there is no leadership at the top (Unelected Pres. Zombie J. Biden), the ground floor turns to chaos. A postal worker is attacked in Flint, Michigan for their "stimulus checks." Probably not one of the best reasons to be put in front of a judge.

An altercation between two women and a postal carrier was captured by a bystander; police say they have made an arrest but offer no details
www.detroitnews.com
Share:
Twitter Email Share Link
Top