I doubt she owes 100k and double doubt anyone made a contract to pay it off for her. You can make up any story online to get attention.

Mason Plumlee said:
Some of these thots have 1 million followers, WTF?! Some American men (incels?) must have extremely low standards to pay money to low-quality women (below stripper level) and hideous ones I might add
Click to expand...

If you're curious about this, I really recommend Nerd City's short video series where he and his girlfriend try to make her an Insta star just by the magic of leggings, Photoshop and copying what the popular girls are doing. The episodes are interspersed with various piss-takes of thots on the site.

It's probably the best-produced channel I've ever seen on 13 years of YouTube:

It probably helps that his girlfriend is considerably hotter than most of the basic bitches featured in Oz's post.

Plus, Nerd City has another video with an amazingly appropriate song:

Banned
Gold Member
The one hour one was yeah, but he has a couple videos (including one in that post) showing how these hoes get perfectly round, cellulite free asses (Photoshop) and ridiculous hourglass figures (Photoshop.) Also how to spot it.

Most of them get implants, but his example is his girl (who had a nice ass, not giant though) and he Photoshopped it into looking like a intstathot butt.

BaatumMania said:
They will win in life no matter what. In their 30s a lot of them will marry some Poindexter incel who makes $200,000+ at a tech company and he feel "lucky" when he marries his old used up cow and pays off her debts.
Click to expand...

They may. But increase the difficulty curve and naturally. Less Thots.

Gold Member
A fool and his money are soon parted. Reality is that the money is traveling through the system - from the incels to the thots to the superior men that the thots chase after.

And don't think it's any new changes to the world order - it's a matter of process. No matter what the system, these guys will get fucked over. It's how it's supposed to be. These guys aren't meant to breed, have money or do anything other than what they're told.

IRS doesn't play around - great to see them ramping up their efforts at online thottery.

Sure, anyone is free to do what they can to legitimately minimize a tax burden, but any guy defending thots getting away with tax cheating can go fuck themselves.
They probably already fuck themselves anyway - and pay a thot in the process.

In addition to the obvious insta-whores, there are plenty of near-thots out there e-begging on various platforms who will be extra careful once they get wind of that IRS announcement.

Some of them, like this one, try to pose as conservative political posters too - anything for a few e-cents from beta simps
She even complained about Roosh not getting banned from Twitter for "inciting violence against women." No evidence of such incitement was provided, of course.

The rest of her twitter page is full of pathetic screams for attention while what's left of her SMV hurtles towards the wall at warp speed. Just sad. 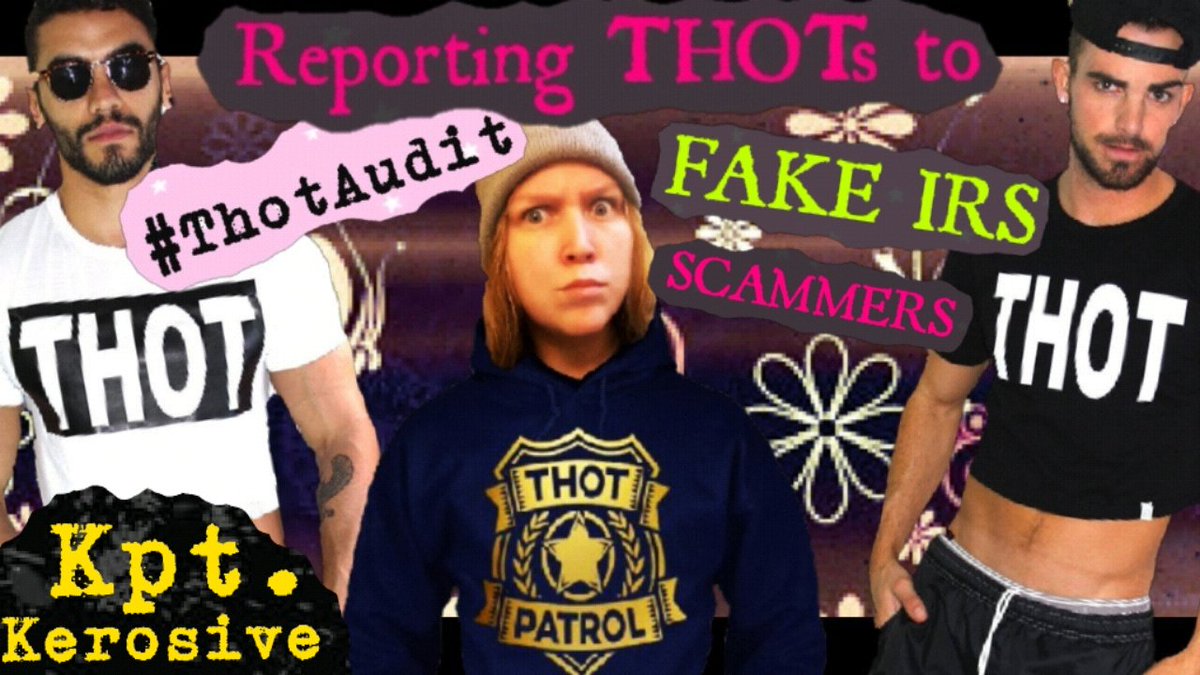 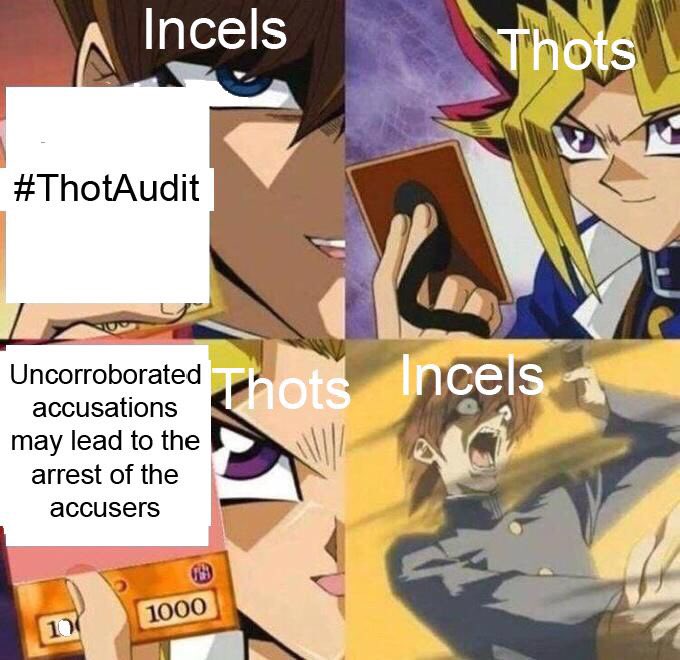 jordypip23 said:
If I had to wager a guess, very few strippers & escorts bother to pay taxes.

One stripper who I used to converse with did not even have a bank account (she probably abused an account by overdrawing it or writing bad checks years ago). She was literally hiding cash inside of her apartment. LOL.

This particular dancer having such a small paper trail (and being a small potatoes earner compared to some of those flashy Instagram famous strippers) would be tough to audit. An audit would really show no earnings since this broad took all her earnings via cash & didn't even bother to utilize the banking system.
Click to expand...

I knew a stripper who claimed to rake in nearly a hundred grand a year at her club. Since everything else came in the form of cash tips, she took a part time gig camming just so she could have a W2 of some kind.

This was ages ago, so who knows she might have moved on to Instagram, Snapchat etc. by now. At least she realized she was risking a lot by not filing something every year and living on an unexplained financial resources. Any one of her pissed off exes or beta loser customers could have phoned her in to the IRS for a reward.

The thotaudit made me wonder about whether or not more strippers even think about this, and apparently the smarter ones do. They can get audited just like the clubs they work in.

What advice would you give to ladies who are considering getting into stripping?

(2) Pay your taxes. All of them. Every year. Really. I can’t stress this enough. It can be very tempting to sock away rolls of cash and never declare it to the IRS, but that is a terrible idea.

Get an accountant you can trust, write off your legitimate business expenses (hello, manicures!) and pay the government what you owe. Getting audited is no fun, no matter what you do. Getting audited when you’re a stripper? Double-plus-no-fun.
Click to expand...

Online thots are even more exposed since they use payment processors, as are the pimp-like Silicon Valley built platforms which host them. Checkmate, bitches.
B

Banned
In some unironic twist is if women start becoming serious about taxes then more might turn into oversea digital nomading.

If you're familiar with the oversea expat scene you'll know it's easily a 90% - 10% male to female ratio. In Asia it seems to go up to 99% I swear (I only ever see white foreign dudes and rarely white foreign females).
C

Banned
Thot Audit is WEAK. You can call me a whiteknight but that would also be lazy and inaccurate. Heres a few points that have been lost on you completely. Ill start with the obvious
#1 shilling for the IRS is retarded, if you're going to try to get revenge on thots dont support an insanely EVIL institution that using those taxes to fund the destruction of civilization.
#2 Most camwhores are W2 employees their taxes are reported no matter what. Unless theyre ethots youre wasting time.
#3 Youre implicating yourself worse, the government doesnt take kindly to false accusations, in order to report someone you have to know personal information that you most likely dont have. Therefore its perjury.
Im fairly certain its mostly just funny memes meant to make these girls feel a type of way but some idiots are going to actually try to get some random girl audited and its going to backfire.(the memes are funny tho)
#4 It absolutely makes the "right wing" look like incels. When you go out of your way to financially harm someone youve got a personal connection to them. This is antifa tier tactics. David Wu( real or not) obviously has a personal frustration.
It is clear that David Wu cannot fuck white girls and is bitter and needs to personally attack them over it. Who would follow this guy? Last thing on my mind is what camwhores are doing.
#5 youre actually defending beta(liberal) males with this, its worse than white knighting. Women are going to behave this way by default without strong authority, this is still surprising to you guys? I could care less what these whores do, if they want to be used as sex dolls who dodge taxes let them, if youre a man and you get suckered by them good, youre weak, you dont go to Valhalla . Point being here is the shit exists because youre not putting on yellow jackets and demanding the current government resign. Thots are never changing, men are responsible for degeneracy existing, PUA is degeneracy in and of itself, its merely an adaptation to the feminist reality.
#6 What's the goal? To redpill thots? Lol just think about that for sec. There are much more valid targets in the culture war than typical low iq thots, its disappointing to see this overall. We should be bashing the guys for falling for it, get them out to improve themselves thus turning them "right wing"
Thotaudit accomplishs nothing.

Other Christian
Gold Member
^
Er...
On some occasions one does not need to be a part of either side & one can simply sit back & laugh at the internet craziness?
Especially if it is essentially inconsequential in the long term as you posit?

Chad Slayeroff V said:
Women are going to behave this way by default without strong authority
Click to expand...

The IRS is a strong authority. Why do you think women are leaning on the government to try to broaden the definition of sexual harassment to an absurd degree? Because the government gives them power they otherwise wouldn't have. ThotAudit fights fire with fire. That's why it's brilliant.

And why do you think this thread has exploded to 11 pages already? It's because it's been effective in finding the weak underbelly behind female whoring that has provided them easy money in an overly permissive society.

Other Christian
Gold Member
Oh noes...!
Whatever will mankind achieve without the juvenile distraction of Thottery...?

Who cares? Especially here. Incel is a label that has been co-opted by SJWs to be another label to box in and marginalize their opponents, and to bully weak-willed people into trying to avoid their stupid labels.

Incels should not be shamed here. The whole point of this community is to solve your involuntary celibacy and get you laid. So long as you're taking steps toward self-improvement and not wallowing in self-pity and blame there's nothing shameful about it. Being called an incel should just roll off your back.

When you go out of your way to financially harm someone youve got a personal connection to them. This is antifa tier tactics. David Wu( real or not) obviously has a personal frustration.
Click to expand...

Calling the IRS on someone is a low blow for sure but I don't exactly have sympathy for people who don't pay taxes.
P

Second, pol once again is doing God's work in making these whores pay taxes for being whores online. What, they think just because they are women they have to pay nothing? Don't work that way bitches

Third, this is why we need White Sharia, so these bitches can know their place!
L 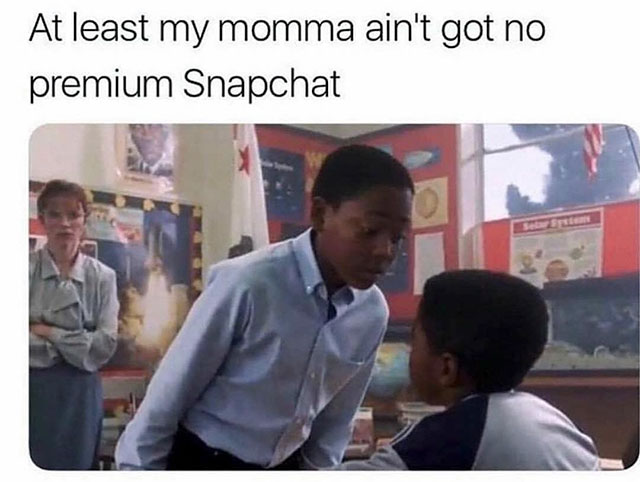 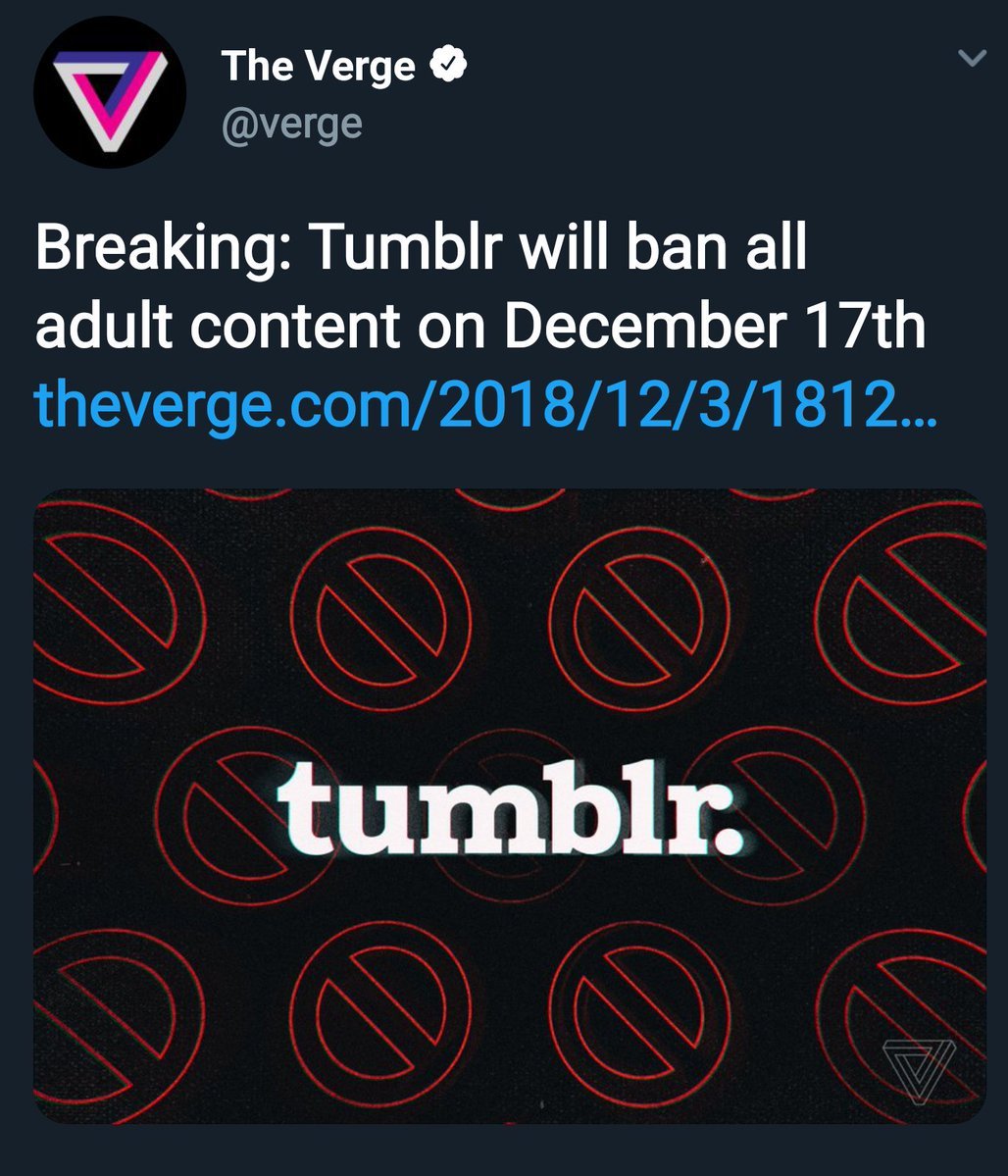 No Mr. Trump, I'm still not tired of winning.

No Mr. Trump, I'm still not tired of winning.