Psalm27 said:
This is a good thing.
Click to expand...

Certainly! My observation was meant to imply that this is a good thing.
J

If it wasn't for welfare I think that people would be cannibalizing each other in inner city Detroit. I've had to go in & out of the city numerous times for various reasons.... There's no shortage of "trap houses" either where you have dealers peddling drugs like heroin to both inner city clientele & vulnerable suburbanites alike. Some of these dealers enjoy taking trips to states such as West Virginia or Kentucky to peddle the drugs as well. These are known drug pipelines. Similarly, Chicago's West Side has the I-290 heroin highway that leads from affluent suburbs such as Naperville right to the infamous trap houses. Some of these aspiring entrepreneurs end up traveling to cities such as Cincinnati / Ohio (to deal) as well.

If it wasn't for welfare innercity city Detroit wouldn't look like it does today.

All starters on the North Carolina Courage and Portland Thorns rosters knelt during the national anthem ahead of the first match of the NWSL Challenge Cup on Saturday, reflecting a league-wide push to fight racism.

Every player on the Thorns’ bench chose to kneel as well during the anthem while keeper Katelyn Rowland was the only Courage player who chose to stand.

Both teams wore matching Black Lives Matter shirts over their jerseys during warm-ups and the anthem, with the Thorns also wearing black armbands during the match.

The Courage and Thorns players released a joint statement that was read during the CBS broadcast explaining their decision to kneel during the anthem.

“We took a knee today to protest racial injustice, police brutality and systemic racism against Black people and people of color in America,” the statement read. “We love our country and we have taken this opportunity to hold it to a higher standard. It is our duty to demand that the liberties and freedoms this nation was founded upon are extended to everyone.”
Click to expand...

American sports leagues have pledged to make social-justice reform part of the conversation as they start play during the pandemic.

In addition to during the anthem, players, coaches and officials took a knee again during a moment of silence seconds before kickoff.

NWSL has grappled with controversy when players attempted to kneel during the national anthem in the past. When OL Reign and U.S. women’s national team star Megan Rapinoe kneeled in solidarity with NFL quarterback Colin Kaepernick in 2016, Washington Spirit owner Bill Lynch chose to break up the protest by playing the national anthem while players were in the locker room.

Rapinoe was reprimanded by U.S. Soccer for kneeling during a national team match. She was held off the national team’s roster until the federation approved a new rule banning all U.S. players from kneeling during the anthem. Unions representing the men’s and women’s teams later said the rule never applied to them because it had not been ratified by their bargaining units, but it added to the tension between women’s national team players and the federation.

The anthem rule was repealed following widespread protests against racism and police brutality sparked by the death of George Floyd earlier this year. Many NWSL players joined local protests, opposing police brutality and fighting for social justice. Ahead of the Challenge Cup, the NWSL released a statement offering its support of any player who chose to kneel during the anthem.

Although Rapinoe opted out of the Challenge Cup, she shared her support for the protest on social media.
Click to expand...

One statue hater takes on an entire old folk's home. I had to post this one, from yesterday. It is a bit strange:

Gold Member
Who is the real Karen...?

Gold Member
On nyc subways, I can’t tell if this is real or fake anymore

CynicalContrarian said:
Who is the real Karen...?

That old lady has a stronger frame than 3 soyboys together

The little bitch boy and his sidekick got absolutely dominated. Loved how she's just casually dodges insults and accusations of bigotry by not engaging them in their linguistic framework

La Águila Negra said:
That old lady has a stronger frame than 3 soyboys together

The little bitch boy and his sidekick got absolutely dominated. Loved how she's just casually dodges insults and accusations of racism and bigotry by not engaging them in their linguistic framework
Click to expand...

To the old lady: "You people are intimidating"

Looks busy for an NWSL game.

Dudes out there the day before painting the upper sections in petroleum jelly.
S

I re-played exact moment of the fall 10 times in a row,the fall and that collision between his leg and the earth. 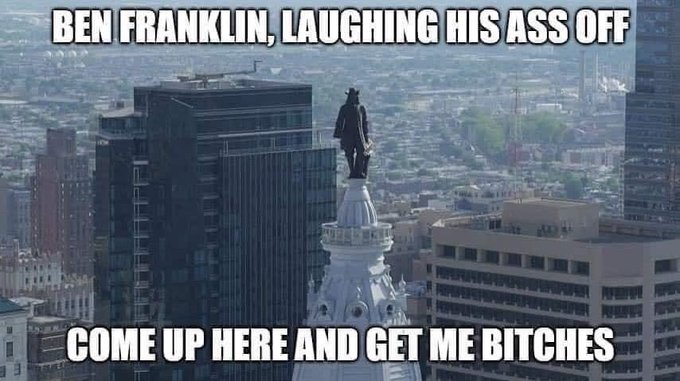 This is the new safe space.