asdf said:
Its still ridiculous. The supreme court is the highest court. Its equivalent to that tranny man entering miss universe.
Click to expand...

Hopefully he will find someone better than Barrett. That is a pretty poor pick even by Trump standards. I'd love to see a white male Protestant appointed but the initial reports suggest he is committed to a diversity hire - either a woman or a foreigner seems most likely. 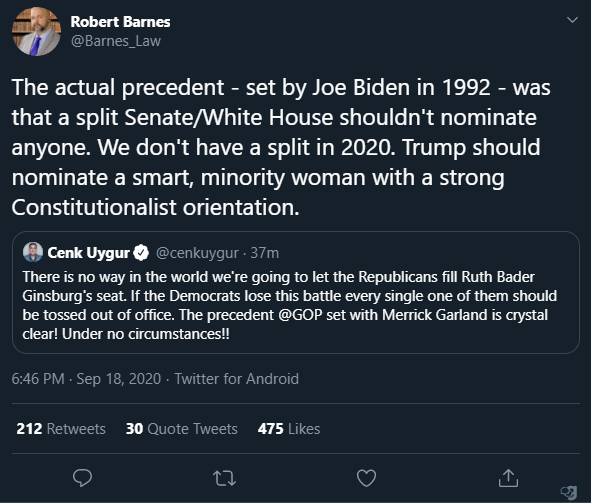 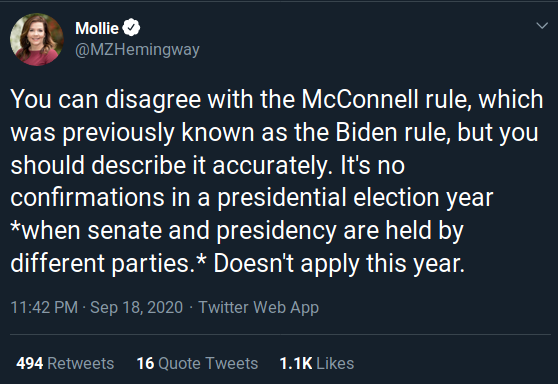 Does she mean the real soldiers will be using fat old women as human shields like at the BLM marches? I don't think that is going to stop many people from pulling the trigger.

Women need to be stopped. This is getting out of hand.

DanielH said:
Women need to be stopped. This is getting out of hand.
Click to expand...

Everyone has lost their minds!
D

Pendleton said:
Does she mean the real soldiers will be using fat old women as human shields like at the BLM marches? I don't think that is going to stop many people from pulling the trigger.
Click to expand...

No, they'll be used for speed bumps in front of the spontaneously organized autonomous zones ruled by SoundCloud rappers.
E

dicknixon72 said:
I wish nobody death who does not deserve it. Simply Having a belief contrary to mine does not earn one an early death. I hope she find peace and happiness and so does her family. For whatever you believe about her, she is probably at heart a good person.

May she rest in peace.

That said, your vote matters now more than ever have. Tell your friends, tell your neighbors, tell your coworkers, tell everyone you know who wants these United States to continue to embrace Traditional Values to to vote like the next 45 years depends on it. Because of this case, it does
Click to expand...

One of the main reasons the Supreme Court needs term limits is the reaction when they die. I'd personally like to see the Supreme Court abolished, but short of that it's terrible for the country to root for death rather than hope for the next election in order the change public policy.
P

dicknixon72 said:
For whatever you believe about her, she is probably at heart a good person.
Click to expand...

What is the evidence for this conclusion?

Can our side trust a woman who adopted black kids on race issues?
E

Stonewall Jackson said:
One of the main reasons the Supreme Court needs term limits is the reaction when they die. I'd personally like to see the Supreme Court abolished, but short of that it's terrible for the country to root for death rather than hope for the next election in order the change public policy.
Click to expand...

You see the same reaction on an election turnover. It's not because of term lengths that you're seeing those reactions, it's because the US is literally in a pre-civil war stage. This isn't a country anymore, it's 2 countries pretending to be a single country. The pretending is going to stop real quick after the Trumpslide in November.
P

Stonewall Jackson said:
Can our side trust a woman who adopted black kids on race issues?
Click to expand...

Of course not. If it walks and talks like David French...

- The vote is going to happen. Democrats are in a complete Catch-22. They realized that riots were hurting them a few weeks back and finally tried (somewhat successfully) to call off the dogs. The nomination, hearing, and vote take place, rioting amps up again (which hurts them in November). No-win there.

- The vote will probably be tight with the usual suspects (Romney, Collins) looking like they'll break ranks. Its not an election year for him (although if he voted against a Trump nominee, in West VA, he'd be toast in 2024), but never discount Manchin

Manchin was the first Democrat to say he would vote for Trump's first nominee for the Supreme Court, Neil Gorsuch. Manchin said, "During his time on the bench, Judge Gorsuch has received praise from his colleagues who have been appointed by both Democrats and Republicans. He has been consistently rated as a well-qualified jurist, the highest rating a jurist can receive, and I have found him to be an honest and thoughtful man."[196]

He was the first Democrat to announce that he would meet with Trump's second Supreme Court nominee, Brett Kavanaugh.[197] Manchin was the only Democrat to vote 'yes' on the cloture of Kavanaugh's nomination, advancing the motion to a final vote.[198] On October 5, 2018, he announced he would vote to confirm Kavanaugh.[199] On October 6, Manchin was the only Democrat to vote to confirm Kavanaugh to the Supreme Court in a 50-48 count.[200]
Click to expand... 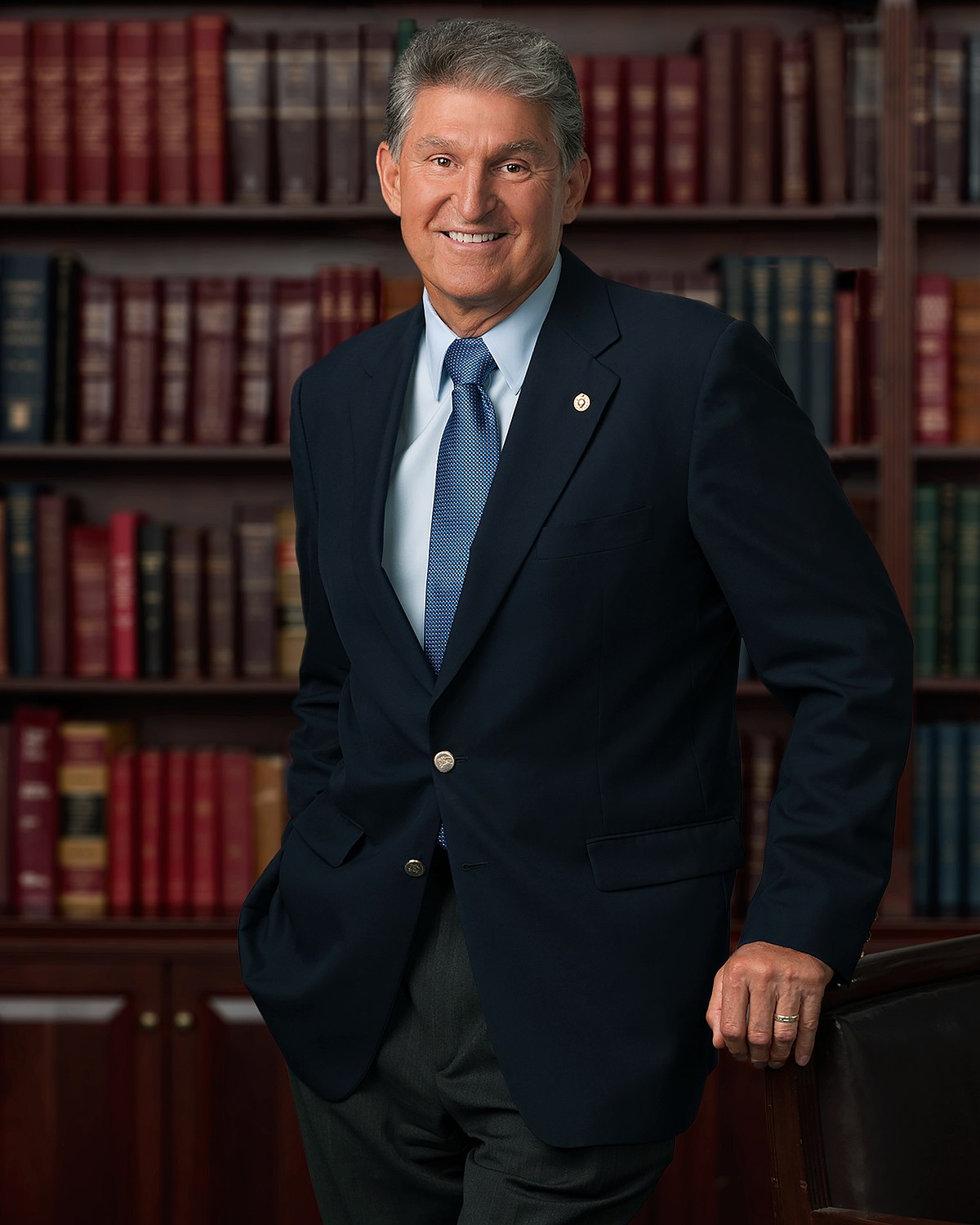 So that helps balance out the usual cucks

- Most importantly, keep an eye on the ultimate dark horse nominee: 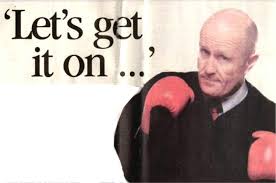 He gets Mills Lane in there to steamroll a few sessions' worth of serious decisions (ex. Roe v. Wade stuff) AND THEN he gets to (likely) replace him in the second term. If we know anything about Trump, he likes a spectacle and the hoop-la associated with events like formal appointment ceremonies.

Gold Member
Hook up that demoralization straight into ma' veins...!

Orthodox
Gold Member
Even in the midst of total clown world, even with months of riots and the country on the verge of civil war, the so-called "right" is still trying to "pragmatically" "compromise" with the psychotic and Satanic forces that want them dead.

We're not talking about appointing a female aide or other temporary position. Considering Amy Barrett, for instance, lives to the same age as Ginsburg, she'll be in office for 40 years. If you had kids today, they'd be in middle age -- and your grandchildren would be in adulthood -- by the time her term is over.

And for what? To make your minor political goals in 2020 slightly easier? So you can accrue a little more mammon, a few more shekels -- in exchange for going against your own values?

A Republican president and Republican congress nominating a strong minority womanz isn't a win for anyone who is actually traditional, who actually believes in truth or objective right and wrong; it is a stunning and embarrassing loss.

It is a choice between extreme clown world and slightly milder clown world, which is not any real choice at all.

Trump should nominate a man, because they are under-represented in our nations' law schools. It would be fitting if he were a white man, because the white man has struggled against institutional racism, affirmative action, and quotas, and set asides. This social justice b.s. works both ways.

As for RBG, she was just an extremist cunt. There was nothing great about her, just extreme. She led the boycott of the President's State of the Union address. She also introduced these stupid collars over her judicial robe to passively aggressively signal support or dissent. Finally, on a personal level, she was very selfish. She could have retired at age 84 and allowed a Democrat President to select her replacement, but she selfishly clinged to her seat.

Trump should absolutely appoint someone now, and make it a man to trigger the left especially hard.

The resulting Cunt Lives Matter riots will guarantee a landslide victory. And his new nominee, when confirmed by the Republican Senate, can help to efficiently dispose of all of the sour grapes lawsuits. 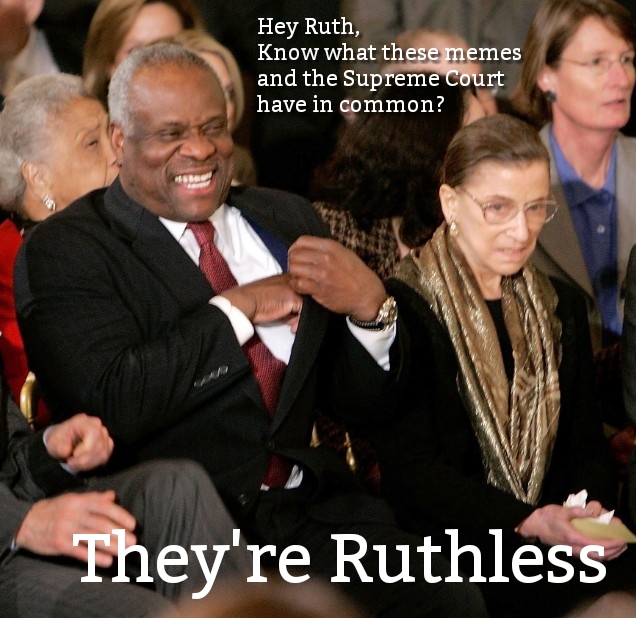