Should Homosexuality be Illegal?

Mikeyd03 said:
Was once of the mindset of "live and let live", however it is obvious that open acceptance of homosexuality has become a slippery slope.

homosexuality -->Gay marriage -->accept transgenderism -->normalize transgenderism --->Child mutilation --->Sexualizing children. Not really sure how it can get worse than it is......but then again Kaitlyn Jenner is currently entering the political realm.

Homosexuality should not be accepted by society. Shame moreso than government/law should be the deterrent. Less government, MORE SHAME.
Click to expand...

This is why I am no longer libertarian by any stretch.

Tge live and let live and just leave us alone mentality does not work for the degenerates who want their sickness to be celebrated and forced across the land.

Celibate Warrior21 said:
Look if they were somehow manage to make homosexuality illegal and promote healthy, Christian masculine and feminine relationships again, I'd be all for it because that would mean a functional and sane society again lol.

However, I just dislike the biased posts and attitudes towards gay people on this thread. Ya gotta remember the Golden Rule that's all.
Click to expand...

Treat others the way you would want to be treated. If I was engaging in self harm knowingly or otherwise I sure would like someone who cares enough to stop me, or at least tell me that what I am doing is wrong. Did people smoke fewer cigarettes when smoking was tolerated everywhere?

Treat others the way you would want to be treated. If I was engaging in self harm knowingly or otherwise I sure would like someone who cares enough to stop me, or at least tell me that what I am doing is wrong. Did people smoke fewer cigarettes when smoking was tolerated everywhere?
Click to expand...

The problem with this is, how do you even begin to tell a homosexual that their actions are wrong given the taboo of even questioning it? I mean, I will treat them with a baseline level of compassion, but I generally try and stay far, far away from them.

Orthodox Catechumen
My niece recently confessed to her dad (my bro-in-law) about her 'confused feelings' (she's 12), i.e. she thinks she's a lesbian. This subject has brought on a whole new dimension for me recently, first hearing that news from my partially-inebriated brother-in-law down at the pub a month ago. He's clueless in how to deal with it, and his uncle, which is his mom's twin brother, weirdly enough, has been openly gay all his life (analyse that, Freud!). God is challenging him in unique ways.

If the cultural/social stigma against homosexuality remained, as the general consensus of this thread appears to be, we would not have to be confessing these things on an internet forum, almost in secret. Instead the truth goes underground, while the taboos become mainstream. God help us!

It is a rare example of presenting the success and advocacy of so-called "conversion therapy", the confessions and testimonies of gay people from across the world, both sexes, reporting their triumphs and struggle over the years, returning to or discovering their heterosexuality.

Sadly, this film has been poorly produced, and will no doubt distract any modern viewer with its shabby editing and weird transitions. Their YT Channel has more content so perhaps they've redeemed themselves since, but it only has 2,000 views on YT, and for a two-hour documentary featuring a variety of interviews with people from all across the world, the effort and time put into this should translate with far higher numbers, IMO. A blessing and a curse perhaps, staying underneath the radar not to catch the Eye of Sauron in the media, but unable to gain traction in the viewing public.

If anyone knows any better examples of conversion therapy documentaries from a Christian worldview, I'd love to see it. It might be a good starting point for reinstating the cultural stigma against homosexuality and sodomy in general, that one can only pine for these days.
K

Celibate Warrior21 said:
how would Jesus react?
Click to expand...

He rained fire and sulfur onto Sodom and Gomorra. How's that for love and acceptance.
Things are very simple, faggotry is unnatural and offensive to God. A Christian nation would absolutely ban it outright with very heavy punishments bestowed upon the perpetrators.
S 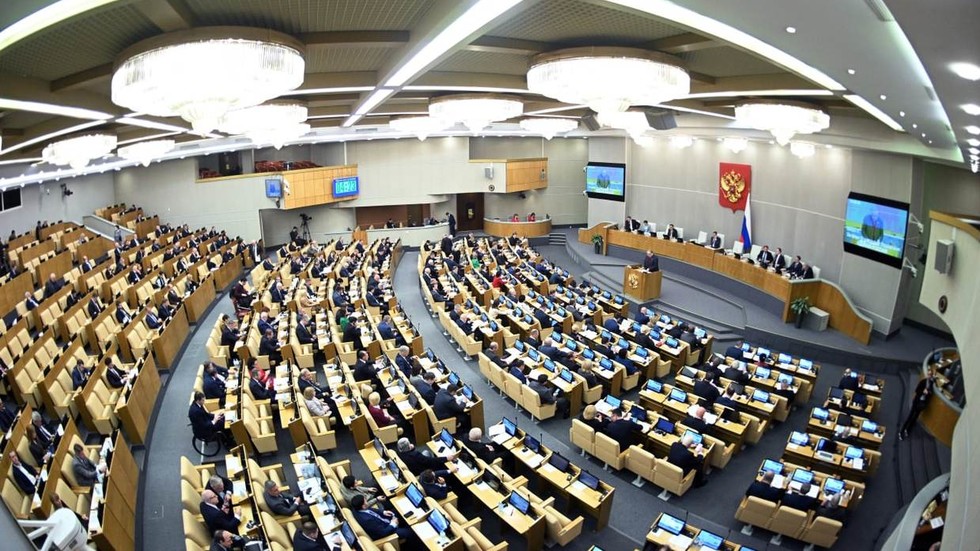 Orthodox Inquirer
^^ THAT is how you handle LGBTQ propaganda. Not the weak as water US version of "Oh you can't do that until grade 4" or "you can't do butt stuff with the intent to show it to children."

Wrong is wrong.
Evil is evil.
This stuff is either good for society, or not. Man must take a stand.
It's so inspiring to see someone call out evil and publicly shun it.

Catholic
I've gotten to the point where I believe we should support all biblical orthodox teachings being implemented into law even beyond any rational arguments. I don't care about the costs to care for unborn children or any blowback from sodomy laws. If it's biblical I support it. A pure leap of faith, being motivated only by God's word.
T

My mindset today is to look forward. I think in the interim its possible to convince the public to at the very least ostracize homosexuality, which law or no law, is actually sufficient to fulfill our purposes. Most people who advocate for homosexuals do so because emotional arguments persuade them. They feel sorry for this "community". This shouldn't be surprising because homosexuals claim they're victims and oppressed. This graff has been going on for some time now and seems to be well entrenched. But, don't let that get you discouraged, because, many things appear to be well entrenched but still change over time. I think there is sufficient evidence to make the claim that endorsing homosexuality was an enormous mistake. Sure, it corrupts, but people have become numb to a lot of the effects. However, pedophilia is one effect that is intolerable and indefensible. Now that we're basically here, we (as in the broader right-wing or conservative or whatever) need to ask why this happened. Because once you ask "why" you'll have to retrace all of the things that led us to be a pedophilia-endorsing nation. It is through this process that the role of homosexuality becomes utterly undeniable, indeed, it is the primary cause behind it. Once you have established this the carefully crafted PR image of homosexuality crumbles. gays have been portrayed as these innocent victims of oppression, however, if they're ultimate aim was to have sex with children then they're nothing more than sex-obsessed predators. And, as it turns out, this was always their aim.

The winning strategy is to associate homosexuality with pedophilia. If we can do that we'll win. The good news is that we don't have to fabricate anything, but rather, tell the truth. The key is to stay consistent, because, over time, when enough people say something it sticks.

Orthodox
Degenerates will do degenerate things irrespective of legality. When you think about something like heroin for instance, people who want to do it will still do it. What we have in regards to the degenerate behaviour that is homosexuality is akin to a world in which heroin use is not just permitted but every form of media portrays it as a wholesome thing, people parade in the streets injecting themselves, we get a guy jacking up in every advertisement... What we need is to bring homosexuality back to the level that heroin is at now. People do heroin, but they do it away from sight, because they know its a filthy, wrong thing to do. I mean that is probably also changing in regard to heroin too these days, but at least in sanely run places, heroin use is not out in the open.

St Bernard said:
I've gotten to the point where I believe we should support all biblical orthodox teachings being implemented into law even beyond any rational arguments. I don't care about the costs to care for unborn children or any blowback from sodomy laws. If it's biblical I support it. A pure leap of faith, being motivated only by God's word.
Click to expand...

What you just said is something that Saint Justinian had realised and eventually applied:
The Holy Canons must inspire the laws of the civil governance.
T

Orthodox Inquirer
Gays will claim that sodomizing each other falls under "right to privacy", but isn't that supposed to be limited? Couldn't a supposed right to privacy applied to sodomy just be a slippery slope to privacy for abusing hard drugs like heroin?

Orthodox Inquirer
I think it should be heavily discouraged but advertising it and grooming should definitely be illegal.
Transgenderism, on the other hand, should be completely illegal.
A

Other Christian
There is a lot of reactionary thinking here. I say let us not do to the leftists what they are doing to us. I abhor when they try to control us with hate speech laws, taking our guns away, etc. and I would not want to force similar ideas on others even for their own good. What other people do in their own time is none of my business and is not the business of the state, unless there is a non-consenting victim. (Yes, sodomy and drug use are harmful to those engaging in it, but they have consented to harm themselves.) And criminalizing sodomy again will not necessarily restrict its spread, as we saw with the failure of Prohibition in the early 1900s USA to stop drinking. I do however agree to make illegal transgenderism for children and spreading LBGT ideas to children, because they are not capable of consenting.

With that said, all such activity should absolutely be discouraged by the government. I do not want homosexuals parading openly in the streets, in full view of children with their malleable minds. I do not want cities painting the rainbow flag on the sidewalks and propagandizing this filth. We must teach schoolchildren that homosexuality is wrong and harmful, but in a compassionate way as Jesus preached. Let us not lock them up, but help them find their way. This is why I subscribe to libertarian conservatism. Let the people make their own choices, but be clear on what is right and wrong.
S

Orthodox
Gold Member
A personal detail suddenly pops to mind - I had never heard of Russia Today as a news source until someone I worked with who was gay told me that it was his go-to news source and that he fully agreed with the Russian laws to keep gay behaviour out of the public eye especially to avoid children seeing it. That guy also did not support the 'born gay' argument.

So yes, at that person's suggestion I started reading Russia Today and never looked back.

I'm probably preaching to the choir here but that was real life proof that all this pro-gay propoganda is just the regressive left doing their thing, instrumentalising whichever group suits their purpose. Actual gays do not even necessarily subscribe to same politics.
Share:
Twitter Email Share Link
Top