Other Christian
Keeping SLV out of the GME thread.

It appears that apmex is has some 1oz stuff available at around 35 which is about 5 over spot. It's a preorder though which seems weird.

Catholic
Jmbullion had some 100oz bars on sale a few weeks ago, I think they were around $2500. Almost bought one buy I waffled.
God hates a coward.

Silver is the most undervalued commodity ever, especially with all the industrial uses coming (antibiotic equipment, electronic components, anti odor). There is less silver bullion left than gold. Central banks have nothing but promises from other central banks for silver reserves and they have been shorting it since the 1800s. We can and should burn this house of cards.
edit: this is all not to mention that silver has always been the currency of the common man until the 1960s

Catholic
You can't buy Silver on Kitco right now. If you can go out and grab some physical silver at a local pawn shop or coin shop, could be a good bet.

I'll have to read into what happened with the Hunt Brothers, I think these are the guys who drove it up in the early 80s.

Catholic
Good 10 Minute Video about from The Morgan Report breaking down how silver is indeed the peoples currency. Silver is a store of value, physical silver is a proper way to save. Silver could bring the whole house down.

I particularly enjoyed the Ron Paul vs. Bernake Video.

HeavyHanded said:
Jmbullion had some 100oz bars on sale a few weeks ago, I think they were around $2500. Almost bought one buy I waffled.
God hates a coward.
Click to expand...

The whole site is down...

Oh sh*t! I bought a tube of 25 maple leafs from them in Friday (because of ). They better not be giving up on fulfillment.

BasedAndPrimitive said:
Oh sh*t! I bought a tube of 25 maple leafs from them in Friday (because of ). They better not be giving up on fulfillment.
Click to expand...

I’ve used them for years. If you put in an order it will get filled, just might take longer than usual.

Is the plan to HODL? I hope silver hits 1K per ounce.

Orthodox Inquirer
Gold Member
For crypto people FTX have added two silver trades. The volume for silver is more than the volume for all other stocks on the platform.

There were significant premiums for physical silver vs. paper for most of 2020 but I didn't follow it closely late in the year. Are the current premiums larger/new?

Pendleton said:
There were significant premiums for physical silver vs. paper for most of 2020 but I didn't follow it closely late in the year. Are the current premiums larger/new?
Click to expand...

Yeah, premiums are moving sky high today, $7/ounce seems to be the lowest premium from a broker.

Catholic
Gold Member
I've never seen the silver frenzy like it is right now. This is really wild. I really think it blows past $35/oz in the next few days. Already on eBay can't get anything for under $30 and I'm seeing people paying $40+/oz for better coins.

I'm both happy and frustrated. I have a good amount of silver but since December been adding and haven't finished yet and I'm a quite away from my target.

Tomorrow morning will be buying a bunch of call options. Perhaps sell puts and buy calls with put premiums.

I've been buying since 2008 thanks to the information provided by Theodore Butler. He is the grandfather of silver information. He has been preaching about the short selling by Bear Sterns and JP Morgan for decades. He says that when the price manipulation ends, the price of silver will skyrocket to the moon.

If interested, an archive of some of his work can be found here: https://www.investmentrarities.com/theodore-butler-silver-archives/

Provident metals, APMEX, and JM bullion are having website issues. I hope this is a sign of too many buyers at once rather than a move to (((cool the market)))

Pendleton said:
There were significant premiums for physical silver vs. paper for most of 2020 but I didn't follow it closely late in the year. Are the current premiums larger/new?
Click to expand...

It looks like silver has gone up a whole $1 over the last little bit. I have been collecting silver for awhile and the price hardly ever budges from $26-28 (USD). It is a hedge, or store of value. Check out the latest on the silver index:

Get the latest Silver price (SI:CMX) as well as the latest futures prices and other commodity market news at Nasdaq.

Orthodox Inquirer
Gold Member
iShares trades after hours on FTX and Bittrex, up $5 to $32.
A

Gold Member
About time we had a dedicated thread! Reposting my previous post on the GME thread.


Arado said:
Anyone here who thinks that silver squeeze is a distraction and the real deal is GME/AMC doesn't understand the economy or the financial system.

I understand the frustration with Wall Street that the folks on reddit feel, but GME is just a stock of a company that was probably going to fail eventually even without the lockdown. If a hedge fund shorts it, then it helps price discovery. If the hedge fund incorrectly shorts it and the stock goes up, then they'll suffer massive losses. It's only when the hedge fund gets bailed out after they screw up that everyone feels resentful. And who enables the bailouts? Central banks, which keep interest rates artificially low and keep pumping liquidity into the economy to screw over hard working savers.

Silver squeeze right now is the clearest way to expose Central Bank manipulation. A massive worldwide movement to remove silver from the markets (either by buying PSLV or physical silver) will drain the coffers of the silver exchange, leading to liquidation of the 50-100x leveraged short position in silver by the major banks. Following that, we may (not guaranteed) have a dramatic revaluation in gold prices as faith in the paper exchange system is destroyed. After that, we'll have true price discovery in previous metals and the people can finally realize the degree to which Central Banks have been stealing money from hard working people via inflation. They print money and give it away at rock bottom interest rates to Wall Street insiders, eventually causing rising prices throughout the economy, especially in assets.

GME may end up accomplishing this, but only if the GME short position is systemically important enough to cause a cascade of failures. Problem is that will lead to even more money printing BEFORE the people wake up to the truth. Silver squeeze is much better because it's an arrow aimed at the heart of the system, which is really what people are upset at. 99% of people had no idea citadel existed before this whole episode, but guaranteed they were suffering from the rot in society caused by stealing time and energy from savers and redistributing it to gamblers on Wall Street.

However, because we have crap financial education, no one is ever taught the reality about Central Banks and the deleterious impact it has on society. Instead their ire is mistakenly directed at Wall Street and hedge funds and short sellers - these are all players that are rationally trying to make money off a corrupt system. Don't hate the player, hate the game. 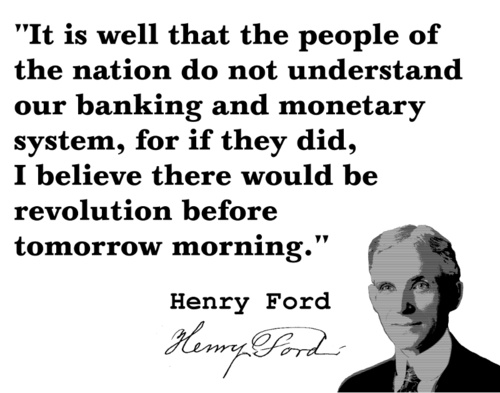 Strongly suggest watching the following and spreading it whenever someone gets worked up over GME but you suspect it's due to larger frustrations with the economy and a rigged system. He articulates the current situation and the larger context better than most others I've seen so far.

And this is in response to an earlier posted that reproduced the reddit thread hating on the silver squeeze.

BasedAndPrimitive said:
Provident metals, APMEX, and JM bullion are having website issues. I hope this is a sign of too many buyers at once rather than a move to (((cool the market)))
Click to expand...