He looks like he's fantasizing about his mom.
P 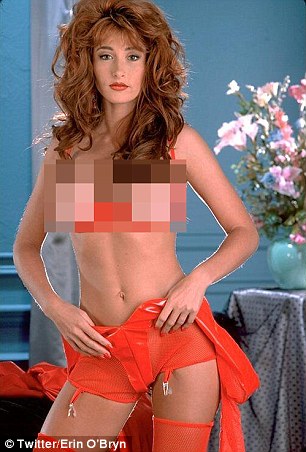 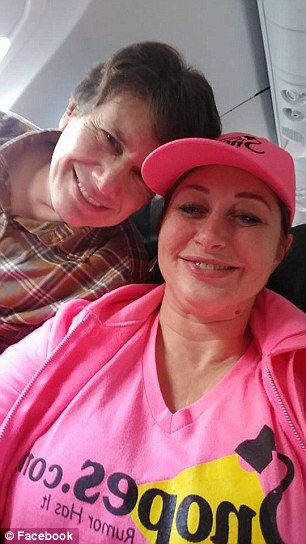 I'd really appreciate those two pixellated spots to be moved to the next picture down.

Talk about hitting the wall...the reverberations from the impact must have been felt in the next solar system.

She'd look much better with her hair down and losing the extra weight. There's hitting the wall, and then there's slamming on the gas before impact.

Gold Member
You can view photos from their wedding registry here.

Warning: Some are better than what has been posted but some are not.

From her FB, not one of her best:

I will give this points, the new woman *is* an upgrade over a land whale. She's aged in her 40s, considering he's in his 50s... He HAS upgraded. Yes, many here in his position would leverage that wealth to upgrade significantly higher. His game is not great, but at the same time, his coworker, so has a bit of podium effect.

Gold Member
I was going to say "good for him, he upgraded....but holy shit, nevermind.

In a way, I feel better that I make a shit ton less money than him, and fuck hotter girls.

C-Note said:
Still, they were able to take an idea (debunking internet/email memes and hoaxes) and make some real money off of it. I remember when it started in 1995, it mainly debunked email hoaxes. One of them I remember from around 1996 that was going on were emails about business travelers waking up in their hotel rooms in bathtubs full of ice with one kidney missing. Presumably, they originally started as a hobby, then later figured out how to monetize it.

All their anti-Trump stuff over the last year, I think, is going to hurt them a lot. I no longer use it because of that.
Click to expand...

LOL, I remember would tell me these stories "he heard", man that was so 2005!

Brings back lots of good memories
A

Occupation: Online Political Gadfly. Usually those are unpaid positions.
A

I give them 2 years tops.

This was Elyssa's twitter The Daily Mail provided:
https://twitter.com/erinobryn - NSFW

She is a grandmother.

I give them 2 years tops.

This was Elyssa's twitter The Daily Mail provided:
https://twitter.com/erinobryn - NSFW

Gold Member
Holy shit, I took a break from the forum for a while focusing on work- I come back and see all these killer threads! Actually laughing out loud here

Bravo! I love this place.

LeoneVolpe said:
^ Oh, I'm not surprised by it at all...My comment was more a statement of fact than shock. It's amazing how guys can sport fuck into the triple digits and, for the most part, won't be left looking anywhere near as haggard as a bitch doing the same thing. It's almost as if we, as men, are like sexual Shang Tsungs (from "Mortal Kombat") who absorb some of a chick's life essence with each notch until eventually they're left soulless. I won't cry any tears for them, though. They do it to themselves.

The life essence image had crossed my mind before. It's bizarre. It seems like the more younger girls I fuck the less I age. On the other hand I see a girl I fucked one year after and it's as if she's aged ten years.
M

Quintus Curtius said:
Man, these threads lately have been hotter and more explosive than red-hot...MAGMA....!

She's got more rolls than that pic of magma as well

Fact-Checking Snopes
December 22, 2016 by CH
Faceborg’s Mark Cuckersperg, smarting like a bruised betabuttboy from leftoid legacy media criticism that his platform aids in the dissemination of “fake news” (i.e., real news that doesn’t recapitulate the anti-White narrative), announced that the Winklevoss’s company would team up with a selection of “fact-checking” outfits to curate news feeds on Facedork and identify those deemed “fake” for immediate relocation to the gulag of criminal thoughts.

The reaction from the reactoshitsphere was pointed: but who will check the fact-checkers?

It’s a valid question. A working familiarity with fact-check websites reveals a decided leftoid slant. The owners of those sites will never admit to this bias, of course, but the facts (heh) bear it out. Media-darling “fact-checkers” are almost all leftoids.

Soccermombook listed Snopes as one of the four or five “fact-checkers” with whom they would collaborate to censor alt-right speech. Snopes is a popular “debunking” website favored by shitlibs, but there’s something everyone should know about the Snopes proprietors.

This smug libfag would give Pajamaboy a run for Most Punchable Shitlib Face.

Now a DailyMail.com investigation reveals that Snopes.com’s founders, former husband and wife David and Barbara Mikkelson, are embroiled in a lengthy and bitter legal dispute in the wake of their divorce.

They are accusing each other of financial impropriety, with Barbara claiming her ex-husband is guilty of ’embezzlement’ and suggesting he is attempting a ‘boondoggle’ to change tax arrangements, while David claims she took millions from their joint accounts and bought property in Las Vegas.

David Mikkelson told the Dailymail.com that Snopes does not have a ‘standardized procedure’ for fact-checking ‘since the nature of this material can vary widely.’ He said the process ‘involves multiple stages of editorial oversight, so no output is the result of a single person’s discretion.’

He also said the company has no set requirements for fact-checkers because the variety of the work ‘would be difficult to encompass in any single blanket set of standards.’

Just when I think 2016 can’t deliver any more Trump-branded goodness, the next day brings a fresh batch of WINNING.

PS The Mikkelsons (second iteration) have a wedding website, where you can fact check the size of Elyssa’s upper arms.

PPS There are 147 reviews on Elyssa’s heavily-airbrushed escort service website, all of them positive. (Imagine that!) You have to wonder at the level of emasculation needed to happily wife up an actual whore (and single mom) who continues flaunting the carousel of cock she rode, and still rides, on her escort blog.

PPPS The Mikkelson-Young wedding party is a glimpse into the lives of socially atomized prototypical shitlibs:

Bridesmen and groomswomen. The gay is strong in this wedding. The best man was the bride’s stepfather. Sad and solitary David Mikkelson needs a friend-check. And a family check. The only people he knows willing to be his “groomswomen” are his employees. He has to pay for witnesses to his wedding.

PPPPS MPC has an entertaining thread on this story.
Click to expand...

By the way - the bitch seems to be active still or was up until recently.

The guy suppesedly spent hundreds of thousands on hookers. I mean, couldn't he get a younger one?

http://erinobryn.callgirlfiles.com/photo_albums/60038 you can see her escort page here