Deepdiver said:
If you are not comfortable with late 2021 Spy 390 puts and late 2022 Spy 210 puts (Spy pricing is approx 1/10th of the S&P) then selling all paper assets and holding cash in your brokers money market funds is prudent now.
Click to expand...

The last year I've been writing a good amount of SPY puts (and making nice money along the way) but never buying any. Very strongly considering rolling a portion of my profits into the 390 put. A correction of the S&P down to 3500 or lower is a real possibility.

username said:
The last year I've been writing a good amount of SPY puts (and making nice money along the way) but never buying any. Very strongly considering rolling a portion of my profits into the 390 put. A correction of the S&P down to 3500 or lower is a real possibility.
Click to expand...

Trend channels were a rough way for RN Elliott the discoverer of Fractal "Elliott" waves to "time" market moves.

He would start with a Top Line wave 1 & 3 or a Base Line wave 2 & 4 and parallel to the other swing high or low and extend the trend channels out in time to his Fibonacci wave targets... This still works today - on SPY Calls or Puts we can extend a new corrective S&P trend channel to our 390 Spy (S&P 3900) target level and generally add at least one month expiration to the longer "in the money" PUTs or buy 380 or cheaper out of money puts as they will still be profitable - just buy a longer time cushion so you do not get wiped out with too short Put Options Time Decay - which is why I prefer intraday CME and Globex futures - S&P ESU eminis and now micro MESU eminis - you earn leveraged profits based upon the fractal waves point moves with no crazy options time decays.

Gold Member
From what I understand, if you're fairly confident that there is going to be a significant downturn in the market in a few months' time, the big money is to be made on "shorting the market." The famous example is Jeff Greene who made several hundred million dollars by anticipating the real estate crash and shorting it.

From what I've read, there are a number of ways that you can short a market. Here's one how-to on how to do it: 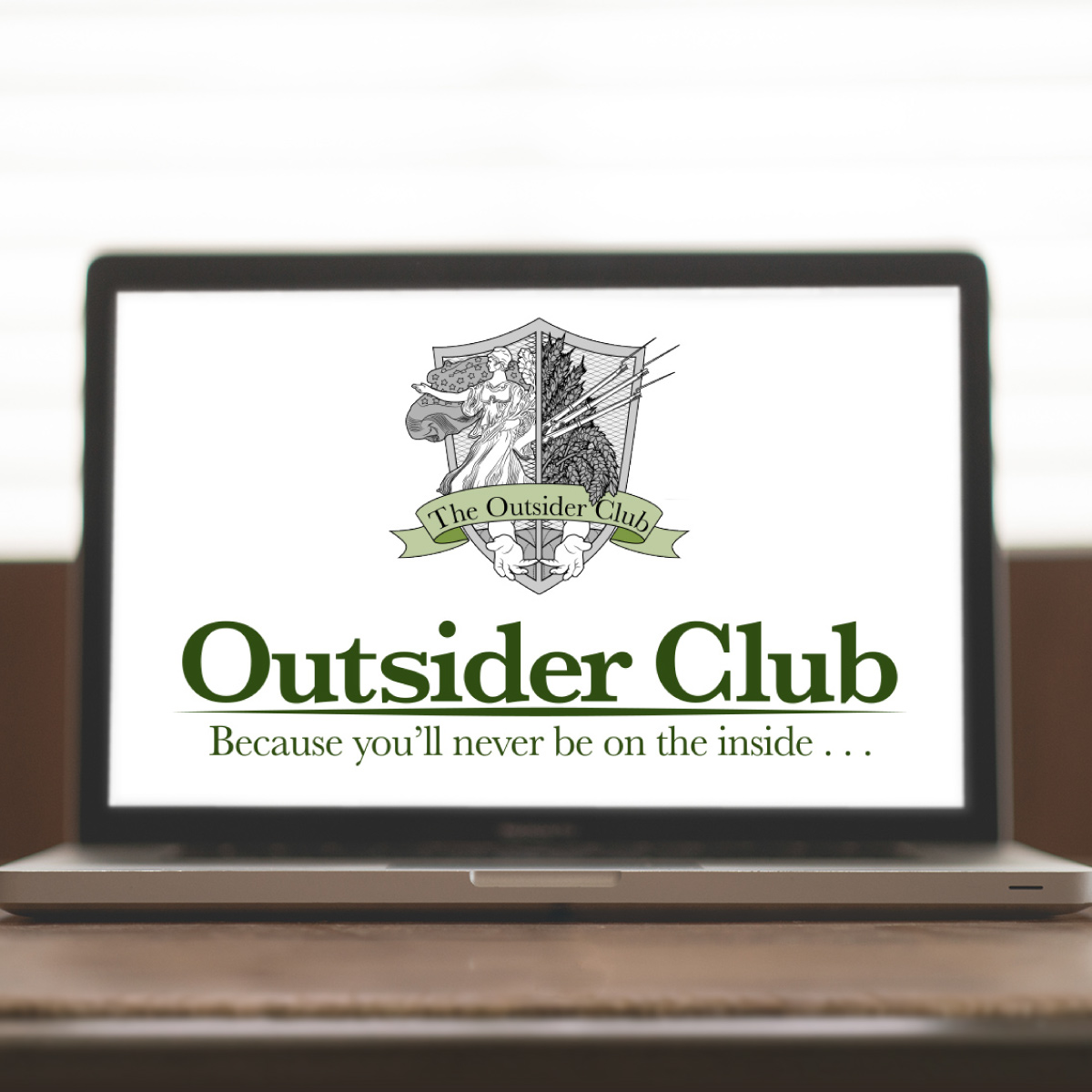 The 3 Best Ways to Short the Market

The market is set to collapse under its own weight. Don’t be scared of shorting, just be careful. Set yourself up to profit. Here are three ways to short the market.

Notice that that was written in 2018. They were expecting the market to crash in a few months time. Except for the brief downturn in early 2020, the market still hasn't crashed. That's why I'm personally skeptical about taking too drastic of an investment action believing that the market will crash before the end of this year. Perhaps it will, and I'll look like a monkey's uncle, but people have been predicting an imminent crash since 2016, including on this forum, and it still hasn't happened except for the Covid dip.
T

Well a lot of the small & mid-cap tech stocks I follow have broken several stop loss targets this month. Everything was looking ready to take off at the end of June.

BTC not looking too good either.

I don't do shorting so can't comment on that but cash would be the sensible approach.

The FAANG right now are overpriced. It was surprising to read that Apple sold more Iphones during lockdowns. Normies still buying that overpriced trash no matter what.
Last edited: July 19, 2021
D

MichaelWitcoff said:
People who listened to me about stocks and crypto are having a much better year than people who didn't.
Click to expand...

Mr. Witcoff, what was your position and the reason ?

Orthodox
My position was (and is) that value investing in stocks, and completely disregarding crypto, is the best long-term play. I know that one year of results is not enough to demonstrate which asset classes are ultimately the best to invest in, but historically speaking and personally speaking thus far, I stand by my opinion.

Crypto prices are based on nothing but public sentiment, and can halve or double overnight without reason. That is not investing, it is gambling.

Gold Member
One of the small lithium companies I profiled a couple of months ago, Millennial Lithium (MLNLF), a Canadian company, is being 100% acquired by Ganfeng Lithium (XSHE), a Chinese company. Ganfeng will purchase all outstanding shares in MLNLF for $2.83 a share. The current value of the shares is 2.75 and the sale will occur before the end of this calendar year.

I had bought my shares at an average share price of $2.45, so I'll make a little money off the deal, but not that much. I'm disappointed, because I thought the company had great potential, as they appear to have a solid lithium prospect in Argentina and were one of the few prospective lithium companies I had found that had a low number of outstanding shares plus a detailed public mining plan, including hard dates for when they expected to be in full production. I guess the Chinese company recognized the same attractive qualities in the company that I observed and they're acting on it.

Gold Member
The stock market more-or-less rebounded this week after its downturn last week. However, except for base metals, the metals mining industry did not rebound. Precious and battery metals stocks are still around 9-month lows. Base metals, including copper, zinc, and iron, did rebound. I personally think battery metals (vanadium, nickel, cobalt, graphite, and lithium) will really pop in about 2-3 years once the battery production pipeline creates a crunch on the supply that the Chinese domestic mining industry will be unable to fill. Because of this, Chinese companies will likely continue to try to acquire western junior battery metals mining companies like Millennial Lithium over the next few years. It is in China's interest to control the battery metals' market, if for only one reason that most of the batteries are being produced in China. I hope I'm wrong and that western mining companies will come to dominate the battery market. One of the saving graces for the western mining companies is that many of them have strong prospects in Canada and the US, which will not allow China to take them over.

On a different note, one of the small precious metals mining companies I profiled a few months ago, Americas Gold and Silver (USAS), recently announced that their silver mine in Mexico which had been shut down for a year by the cartel-connected labor union, will be reopening by the end of August. They expect to be in full production by the end of the year. Their gold mine in Nevada underperformed in the first quarter of this year, but I think they'll get it turned around. They also are restarting a legacy silver mine in Idaho that they believe has good potential. Their stock is currently trading at a 5-year low.
Last edited: July 23, 2021

Gold Member
I want to get into lithium, do you know any stocks I should consider?

username said:
I want to get into lithium, do you know any stocks I should consider?
Click to expand...

One of the easiest ways to invest in large lithium producers are the two main lithium ETFs:

If you would rather invest in the individual companies yourself, you can look at the holdings of each of those two funds and pick and choose.

As far as small/junior/exploratory lithium companies, I have bought shares in the following:

Make sure you do your own research on the companies I listed above, as companies that have yet to produce any actual lithium are higher on the risk scale.

I dont have much interest in stocks but I'm interested in CRSP and other genomics stocks that might do 200x over the next 5-10years.

I think the OTC is about to explode.

However as to the higher exchanges, highs and lows will always come. It's cyclical. And the POTUS being a moron which doesn't help.

But there is incredible money to be made during a downturn. If the market collapses I look at it as the opportunity of a lifetime. The rebound will be immense. If you don't wish you could go back in time and buy during the collapse the 2008 then I don't know what to say. I was in my 20's then and had little understanding and money saved up.

I always tier my investments. There's short term and immediate. There's 1-5 years. There's 5 years plus. If the market collapses I'm looking tier 3, 5+ years and loading with an eye on trimming years for an early retirement.

News out of China yesterday + Fed meeting today = bearish for the next couple weeks imo.


[email protected] said:
I dont have much interest in stocks but I'm interested in CRSP and other genomics stocks that might do 200x over the next 5-10years.
Click to expand...

The chart on this looks quite bad. If it drops lower than 110 support is lost. I wouldn't touch it above 100 but the technology is cool. I just feel there are better opportunities at the moment.
Last edited: July 28, 2021
C

BURNΞR said:
I dont have much interest in stocks but I'm interested in CRSP and other genomics stocks that might do 200x over the next 5-10years.
Click to expand...

You might be a big fan of ARKG. Read up on it, listen to their podcasts on their decisions and methods, and see if you agree. I have a plurality of my investments just in ARKG.

CalvinC said:
You might be a big fan of ARKG. Read up on it, listen to their podcasts on their decisions and methods, and see if you agree. I have a plurality of my investments just in ARKG.
Click to expand...

Thats one I havent seen. I was mainly looking at a basic of these genomics:

ARKG has a 5-year time horizon, just like the other ARK funds. We shall see of course. I'm in medicine and I believe in their vision/strategy of the fund. Can't say that for many of my other investments

If the effects of the vaxx are going to take a toll on the population, what should we be investing in now?
S

Maddox said:
If the effects of the vaxx are going to take a toll on the population, what should we be investing in now?
Click to expand...

Gold Member
This is an eye opener:

By Greg Hunter’s USAWatchdog.com (Saturday Night Post) Economist John Williams, founder of ShadowStats.com, says the economy is much weaker than it appears. Williams cuts through the phony gimmicked government numbers to give a true economic picture. His analysis shows the economy is already...

Maddox said:
If the effects of the vaxx are going to take a toll on the population, what should we be investing in now?
Click to expand...

I never saw anyone answer my question regarding how many people they think truly will be affected severely by the vaxx ... but maybe I missed it. What's the general consensus around here, it will be noticeable or undeniable in 2022 (the major adverse effects)?
Share:
Twitter Email Share Link
Top