SCIENCE FACT: The global shutdown of fossil fuels in the name of “green” energy will lead to global famine and societal collapse
Importantly, when coal, oil and other fossil fuels are squeezed by scientifically ignorant globalists who claim to be working towards a “green” future, it causes shortages and price inflation across all fossil fuels, including the natural gas used in fertilizer production.​

The great food scarcity catastrophe of 2022 is already “baked in”​

Because of the shuttering of fertilizer production in 2021, a catastrophic loss of crop production in 2022 is already in the cards. It cannot be stopped. We are going to see food scarcity accelerating in 2022 far beyond the current state of empty shelves and food inflation.

We anticipate seeing global food riots in 2022, along with increasing food insecurity (famine) and starvation in some nations.

The engineered global shipping supply chain crunch will only worsen this dynamic, leading to long delays in fertilizer deliveries, even if production can be achieved.
Click to expand...

Vaccine mandates will contribute to the collapse, with criminal governments locking down workers and preventing the labor force from functioning at full capacity.

The end result is global food riots, famine, starvation, social unrest and chaos. This is all by design, of course, because the globalist governments of the world have declared war on humanity and are carrying out a campaign of mass genocide against the human race.
Click to expand...

Easy_C said:
Has anyone noticed Amazon still has everything in stock and ready to go?
Click to expand...

No they don't. I do business with Amazon, they are running between 15-23% out of stock depending upon the category. They are lacking in staff to check in goods at DCs, and a few weeks ago stopping shifting inventory from one DC to another due to a lack of truck drivers.

Went to the grocery store today. Lots of empty shelves, like it was very noticeable. I asked what was going on and they said shortages and they're getting very worried.

Instead of two pallets of turkeys, they got less than half of one this year. Less than 40 birds. My wife snagged one and said people obviously aren't thinking yet.

Went to the auto parts store today for some hose clamps (working on my old Jeep). The guy told me they haven't been able to get hose clamps for a couple of weeks now. Same at the other auto stores in town.

Sargon2112 said:
Went to the auto parts store today for some hose clamps (working on my old Jeep). The guy told me they haven't been able to get hose clamps for a couple of weeks now. Same at the other auto stores in town.
Click to expand...

Are they proprietary to Jeep or are you talking regular worm screw clamps?

I'm glad now that at the beginning of this year I bought at least some parts for my ride.

That story (medium.com?) with inside info from a trucker said that sometimes truckers work for less than minimum wage due to shenanigans, that was pretty bad.

Does anyone have the story on the Canadian situation?
Last edited: November 8, 2021

Sargon2112 said:
Went to the auto parts store today for some hose clamps (working on my old Jeep). The guy told me they haven't been able to get hose clamps for a couple of weeks now. Same at the other auto stores in town.
Click to expand...

Can't you just reuse the old ones? I wouldn't worry too much about new hose clamps. Surprising to hear something so basic is hard to get though.
P

The situation is rather serious. It looks like this years autumn harvest does not look good all around the world. We grow most of our food and we had a bad one due to a big hail storm in late spring.

The only thing worse than energy shortages with skyrocketing prices for electricity and fuel is a food shortage. Already in the autumn of 2019, the EU’s Commissioner for Agriculture, the Pole Janusz Wojciechowski, sounded the alarm about how many farms were lost in the EU countries.
Click to expand...

Fertilizer manufacturers have suffered countless setbacks in recent times. It is about everything from climate-related political decisions and failed transport capacity, to natural disasters and a wave of strange accidents that occurred during the year. Around the world, everything from factories have been destroyed in explosions to trains loaded with fertilizer derailed. In some cases, sabotage is suspected.
Click to expand...

The generous US government is sabotaging supply by requiring the vaxx for transport and derailing fertilizer trains: "An American train driver with over 30 years of experience commented that “we have more derailments with fertilizer trains this year than during my entire professional time”."
Click to expand...

p.s. Cycle 25 of the Sun started in December 2019 which coincides with the beginning of the covid hysteria. It is supposed to peak in 2025, which is when I predict the hysteria will die out too.
Last edited: November 8, 2021
S

@Kiwi, these have been re used several times and are beginning to rust a bit... I went ahead and used them again though after good soak / cleaning.

I've read a couple things that say filters (fuel, air, oil, etc) are going to become hard to find... Haven't ran into that yet though.

That's rough!
I'm glad I have a selection of clamps in my inventory

As a side note I hear that Jeep used to be good but is now crap. (Hopefully you have an older one). And we have a thread about car maintenance.

I discovered this channel when I wanted to replace my brakes : https://www.youtube.com/channel/UCes1EvRjcKU4sY_UEavndBw It helped me tremendously and it's super informative for beginners, couldn't recommend a better channel than this one.

I work in an industry that deals with a lot of clamps, including worm gear clamps and various hose type of clamps for hydraulic systems. The main U.S. Supplier that we dealt with (IDEAL), had major issues starting in the spring due to some strikes and a shut down of U.S. Steel producers. Especially for Stainless Steel to make their clamps. They also are the suppliers for almost all auto manufacturers and after market supplies. Took them till mid to late summer to find new stainless steel suppliers and to get the steel rolling in to make into their various clamps. We finally started seeing product coming in during the last month or so from orders placed in the spring time, so they are getting there but it will be awhile.

I spoke with a local ag dealer today. He called to notify me that a piece of equipment I had spoke to him about might get reallocated by the manufacturer to another dealer to fill an order. He explained to me that this year coming would be much worse than last year. He pointed to a John Deere strike occuring which will limit supply.

10,000 American John Deere workers have been on strike for almost a month.

Multiple John Deere dealerships report part delays for tractors and heavy equipment amid an ongoing strike of more than 10,000 members of the United Auto Workers union at 12 of Deere's Midwest factories and facilities, according to Bloomberg.
Click to expand...

Deere’s situation compounds global stresses brought on by snarled supply chains, with worldwide disruptions and shipping delays impacting everything from construction and automaking to farming and, ultimately, the ability to get food to consumers’ tables. U.S. corn and soybean farmers are racing to finish their final stretch of harvest and, along with disrupted trade flows, delays could hinder fall field work in preparation for spring plantings.
Click to expand...

Orthodox Inquirer
So the shelves are empty and inflation is rising. Cause for concern? Let's see what the MSM says. 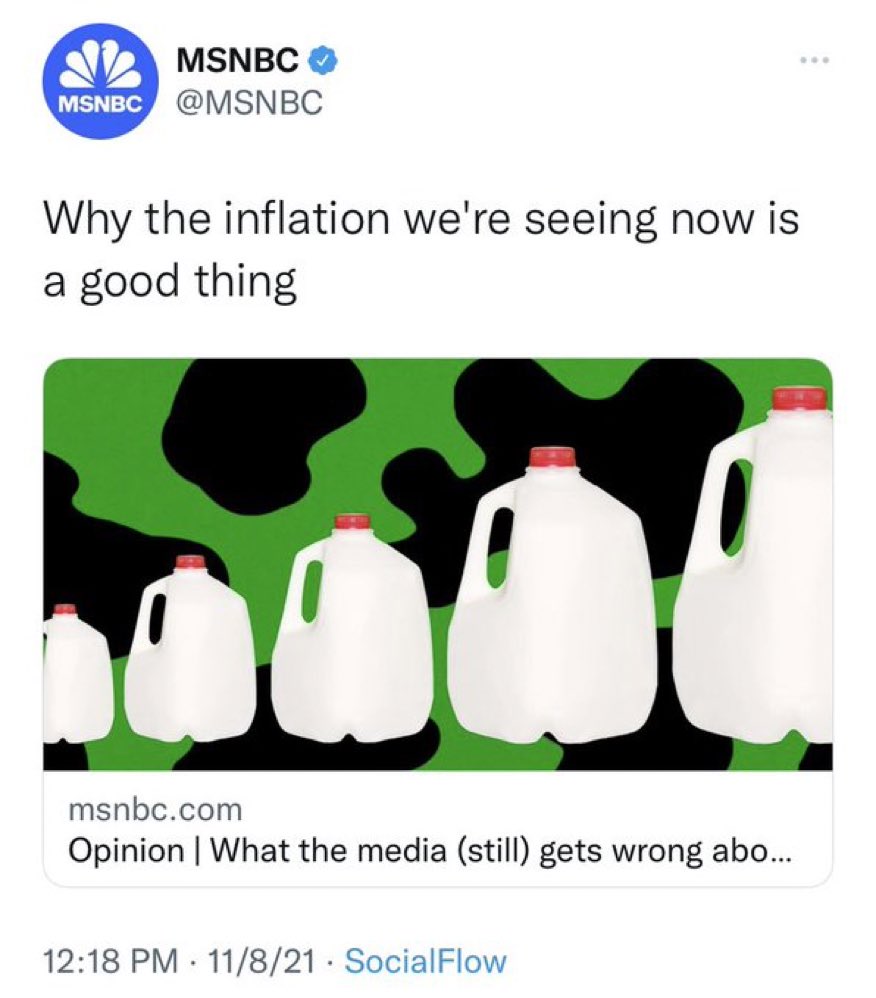 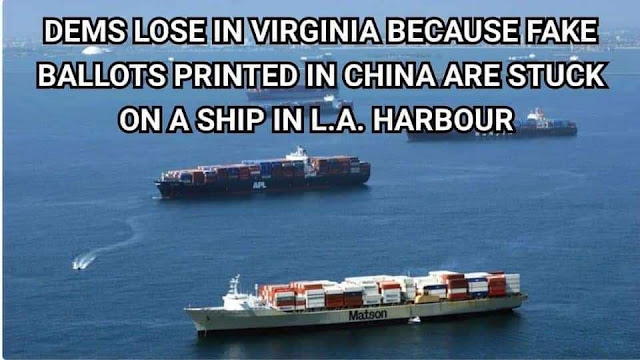 Walmart has resorted to using robot trucks. The whole supply chain disruption is an excuse to further automate industries where a large uproar of opposition would have occurred before.

NoMoreTO said:
I spoke with a local ag dealer today. He called to notify me that a piece of equipment I had spoke to him about might get reallocated by the manufacturer to another dealer to fill an order. He explained to me that this year coming would be much worse than last year. He pointed to a John Deere strike occuring which will limit supply.

10,000 American John Deere workers have been on strike for almost a month.

I don't follow much news, but I'm still shocked I had heard nothing about this strike, and it's been going on almost a month! (I still manage to hear plenty of stuff without tuning in, like the pending "infrastructure bill," a new covid strain , and Joe Biden is getting lots of negative press.

Ten THOUSAND on strike in America is HUGE. Frankly Im surprised John Deere has that many workers(EDIT: It looks like non-Deere union members of the UAW are striking in solidarity with John Deere; they are talking about HUNDREDS of John Deere workers).

The powers that be really, really, really don't want workers knowing they have any collective power, or that workers anywhere are upset with the raw deal they are getting, and taking action.

Just out of curiosity, I wanted to see if Clown World rules were in effect on the John Deere stock price. Sure enough, after the strike around October 15, the corporate stock price has climbed almost 8%. Annualized, that would be a 96% increase lol. Guess they don't need to produce tractors at all, they can just kick back and get rich selling baseball hats with the John Deere logo.

GodfatherPartTwo said:
Anyone see any irony in socialists and communists crying about lack of supply in the stores?
Click to expand...

Roosh said:
I expect the panic buying to start, making things worse. The supply shortage issue has been floating in the news so normies will go to the supermarket and buy whatever they can afford. Remember just a few months ago on the east coast they were putting gasoline in plastic bags because of a temporary shortage. November could be a challenge. Get used to going to multiple stores on the day you shop for food.

I'd resist the temptation to excessive stock up in order to relieve your anxiety. Christ commanded us not to worry about tomorrow. Buy within reason, use temperance, and trust in God, not your own abilities. Any acute shortage that happens will pass.
Click to expand...

Having control of your passions and being reasonable in preparation also will leave up stock for others to purchase. Stocking up just to relieve anxiety might have the butterfly effect of exacerbating shortages not to mention depriving more desperate people of timely goods than before than if it was done reasonably, with prayer and faith.
Share:
Twitter Email Share Link
Top