A 'terror attack' is feared in Berlin after a lorry reportedly ploughed through a Christmas market.

Terrified market-goers have tweeted panicked images from the scene of the incident which comes an hour after the Russian ambassador was shot dead in Ankara.

At least one man has been confirmed dead according to local media, with several more injured.

Video from the scene shows a huge articulated lorry smashed into the middle of the market on Berlin's Breitscheidplatz.

Germany's Christmas markets have been feared as a key target for jihadis following a series of other Islamist terror attacks in Germany and elsewhere in Europe this year.

We'll be bringing you the very latest updates, pictures and video on this breaking news story.

Lorry just ploughed through Christmas market in #berlin. There is no road nearby. People crushed. I am safe. I am safe
— Emma Rushton (@ERushton) December 19, 2016

Just witnessed a truck plow into Christmas market in Berlin. We are ok
— Jeremy (@Jerr) December 19, 2016

One person has died and several have been injured as a lorry ploughed into a Christmas market in central Berlin, police say.

Video footage from the scene shows stalls knocked over and people lying injured on the ground.

It is unclear whether it was an accident or whether the vehicle was deliberately driven into the stalls.

The market is at Breitscheidplatz, close to the Kaiser Wilhelm memorial church on the Kurfuerstendamm.
Click to expand...

Hoping any forum members in Berlin are safe.

Gold Member
Not all Muslims, hug a refugee, it was the white man's fault, etc.
S

They have to go back.
E

Gold Member
This is a product of the mentally deranged left, they love this. They thoroughly enjoy watching their countrymen get raped and murdered on their own streets by jihadist invaders.
N

Not good man... And the dude got away. Theres gonna be a nationwide manhunt.

kirdiesel said:
Not good man... And the dude got away. There isn't gonna be a nationwide manhunt.
Click to expand...

Fixed it for you. Why, you ask? 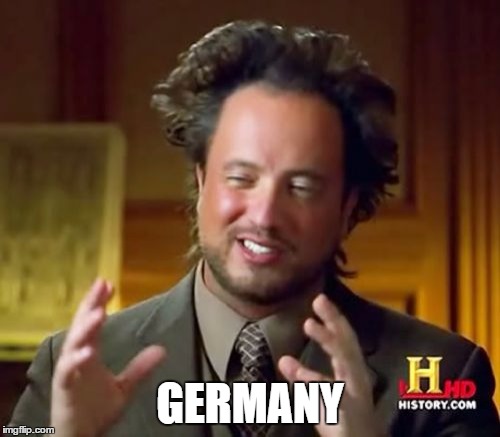 Gold Member
But, we all know the real problem is the racist hate speech against Muslims that come out of these attacks.
Z

This shit really hits home cause i was just at the Christmas market in leipzig on saturday...

zigZag said:
This shit really hits home cause i was just at the Christmas market in leipzig on saturday...
Click to expand...

I was also just at one the other day. Bratwurst and so..

Gold Member
Mama Merkle needs to be swinging from a rope for this treachery against her own people.