YoungColonial27 said:
You did not. Why are you claiming you have? All you did was claim Falun Gong is allied with Soros, then provide no explanation or evidence whatsoever, and then went off into an irrelevant tangent about Pseudo-Christian spiritualism.
Click to expand... 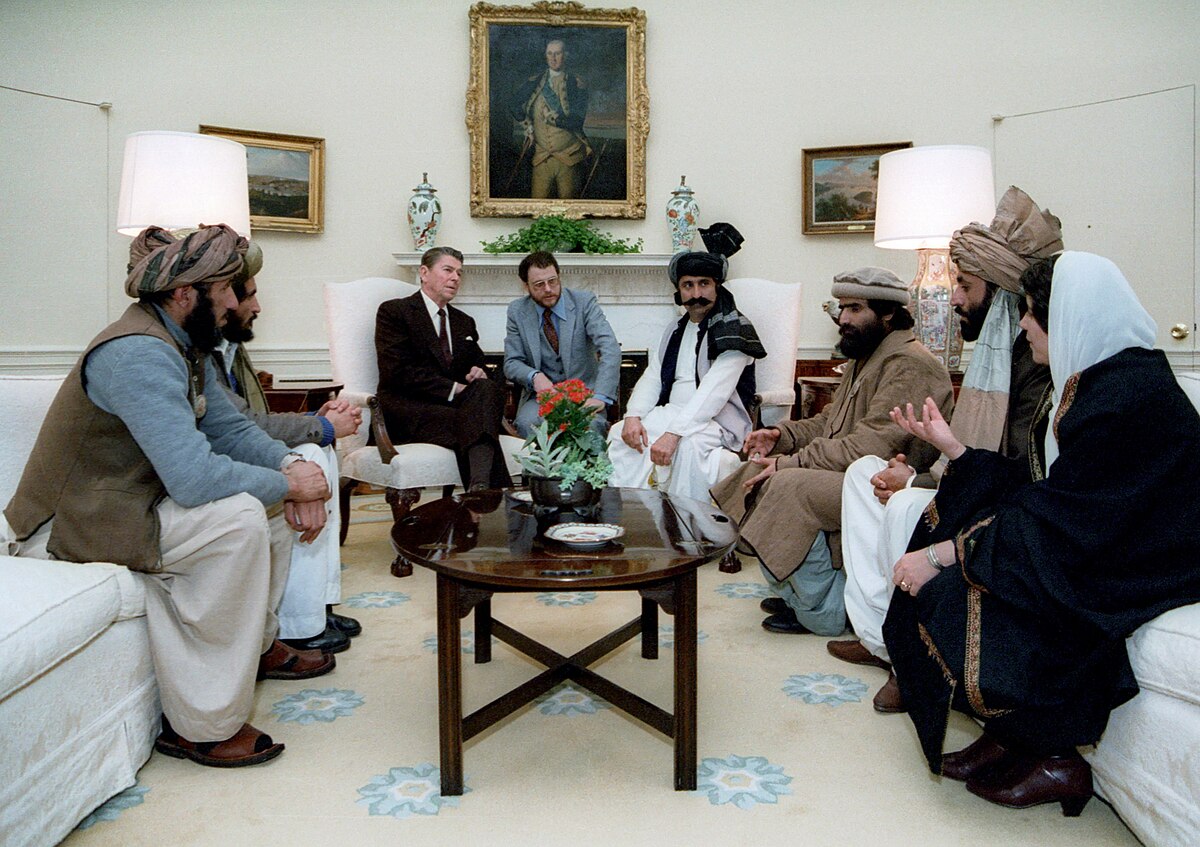 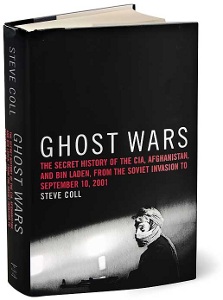 I think the most surprising part is that Texas took 12% of the Afghan refugees.

Garuda said:
I think the most surprising part is that Texas took 12% of the Afghan refugees.

That’s right. Send them to a heavy right leaning state. What could go wrong? Maybe apart of the plan to turn Texas blue slowly.

Plenty of able Muslim countries that can take in Afghan “refugees”. Countries include but are not limited to: Saudi Arabia, Qatar, UAE, Bahrain, Kuwait, Oman and Iran. All Muslim majority nations which abide by Sharia law for certain laws. Oh wait, they don’t give free handouts and pander to refugees.

leaders of the west have sold the west out. I wonder if there were Christians, Jews, Hindus etc who were refugees seeking shelter whether Muslim majority nations would give it.
B

MilvianForce said:
Plenty of able Muslim countries that can take in Afghan “refugees”. Countries include but are not limited to: Saudi Arabia, Qatar, UAE, Bahrain, Kuwait, Oman and Iran. All Muslim majority nations which abide by Sharia law for certain laws. Oh wait, they don’t give free handouts and pander to refugees.

leaders of the west have sold the west out. I wonder if there were Christians, Jews, Hindus etc who were refugees seeking shelter whether Muslim majority nations would give it.
Click to expand...

The Saudis actually had a plan for Syrian refugees and tent cities already built in the desert. But hardly any Arab wants to migrate to an Arab country.
There were one or two cause celebres like famous child cases who were relocated to Qatar, partly as a PR exercise.

The Arabs and the Muslims don't want to go anywhere but the West.

Kalergi Plan. Its all just a part of bringing the West down. Its a central plank.

Gold Member
^ that's not quite true, the majority of Syrian refugees have gone to other Arab/Muslim countries, only Germany and Sweden have taken in large numbers. The great majority of Syrian refugees were forced to migrate, Syria was doing pretty well economically and socially before they unleashed the jihadi color revolution on that country. The Syrian refugees I have met have a lot of love for their land and culture and would rather return if the country could restabilize politically and economically. 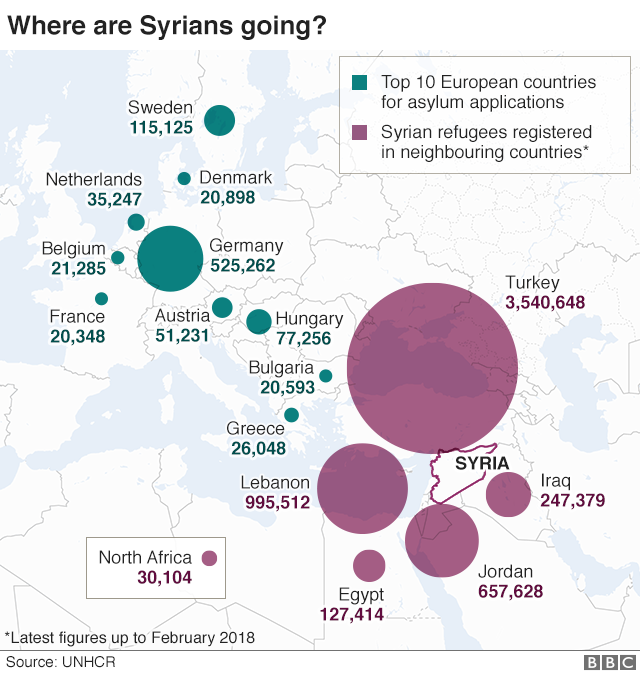 In fairness, it comes down to semantics.

The MSM and the NGOs guilt tripped Europeans like anything that they weren't taking enough Syrian >refugees< compared to places like Lebanon.

But Europe WAS flooded with millions of Arab and Muslim >migrants< at that point in time.

The Syrian refugees that I know just want to turn the clock back to before Operation Timber Sycamore began if that were possible. What is interesting is that the Sunni refugees didn't go to the Saudi tent cities as planned partly because they resented the hell out of Saudi Arabia for their role in destabilising their country.

My comment was that Arab and Muslim migrants don't go want to migrate to the Muslim world, they want to migrate to the West.
The tidal wave of all the bogus Albanians, Bangladeshis, Punjabis, Jordanians, Pakistanis, Kosovans, Moroccans etc. that threw their passports in the sea and claimed to be Syrian as they flooded Europe wanted a home in the West.

I would even argue that these plane loads of translators who cant even translate a restaurant menu coming from Afghan aren't really refugees at all. They are in no danger of any harm from the Taliban because they aren't political or military. Sure there is a big split between Kabul and the rest of Afghan. But does that mean that Londoners became refugees after Brexit succeeded in 2016?
They see that their country is a dump and likely to stay that way .. and they see an opportunity to flood into the West.

Having travelled alot of the 3rd World I can say that most of its inhabitants have stars in their eyes when it comes to the West. They invariably dream of living there.
(Or in the case of some people I meet temporarily living there until they realise that the life they attempted to set up is awful and then arranging the benefits so that they can receive a passive income back in their home country.)

They are useful Golems. Their opportunism married with their wishes to (((demographically replace))) the White West.. to me equals = Kalergi Plan.

My understanding is that Baron Coudenhove-Kalergis plan was to crossbreed Europeans such that they became a negroid mulatto race however:

- The plan is officially a "Conspiracy Theory". Never gets publicly acknowledged.
- The plan is an old one. All plans are fluid once executed.

When Australian Bankers tell me that they have switched to a population growth / economic growth model and that they are importing as many Indians and Chinese as they can into Australia then that to me is Demographic Replacement and that to me is the Kalergi Plan in anything but name.
Likewise with Africans and Indians and Hispanics to the US.

but I believe that, for TPTB, Demographic Replacement of the white west and the Kalergi plan are pretty much one and the same thing.

Opportunistic Afghans Iraqis Bangladeshis Algerians etc. want to live in the West. There are millions of them. Our governments enable them. I stand by my thesis
B

Gold Member
To the victor go the spoils: 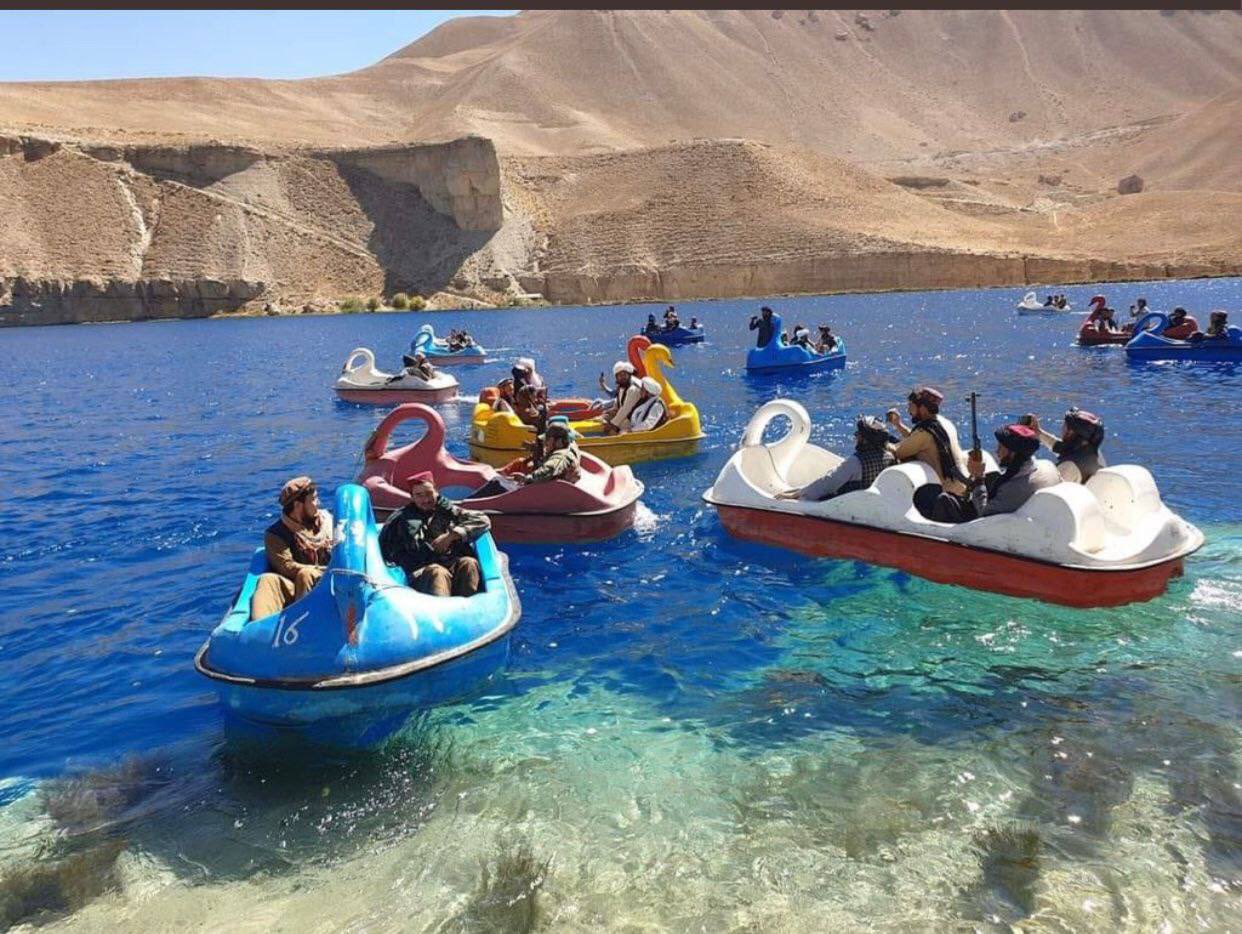 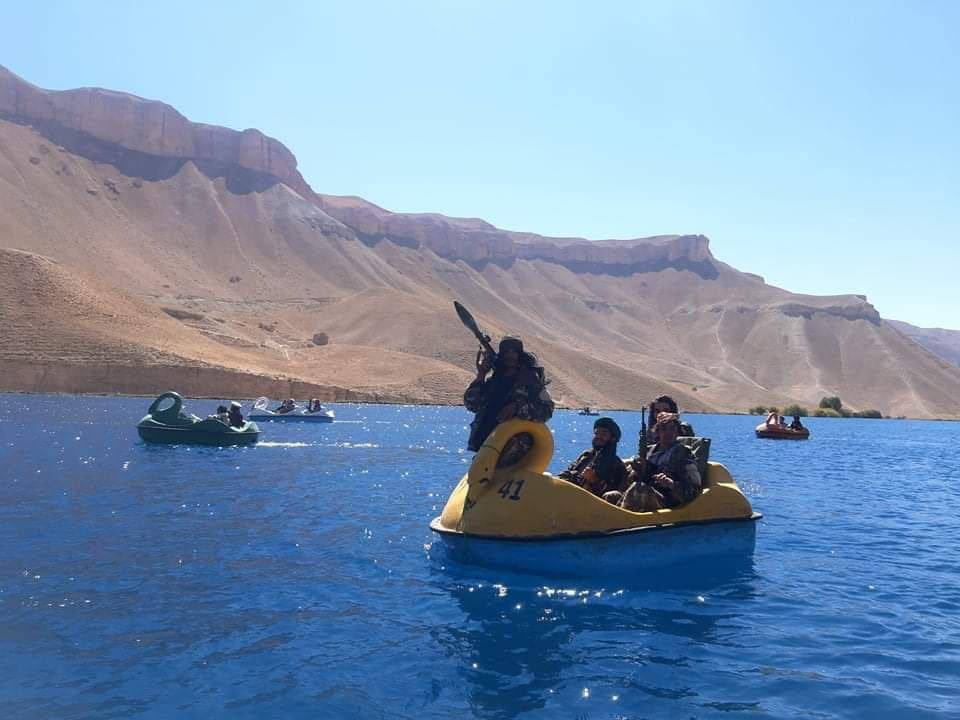 This was just a labor dump.

Interesting video of Steve Bannon (hosted by Tim Pool) on the current geo-political state of the world, Afghanistan and the possibility of a WW1 like collapse of the (by then) Imperial, Victorian, aristocratic world order

I obviously don't agree with him on many of his statements but I like listening to him because he is 1. a good speaker and 2. comes with original and untainted thoughts

Pavel said:
Taliban in the Czech embassy get hold of some Scotch whisky. What a waste!
Click to expand...

The US was a mostly fine country from about 1750 to 1850, and even after, for about another hundred years to 1950, when there were little or no gun laws, and guns were a fixture in most homes.

Of course, in the evil times we live in today, gun control has become a necessary reality for urban life, but it was precisely the degenerate and immoral society that brought this about, not the guns which were always there from day one.

You can remove guns from Chicago, but that won't make the people there behave. They will still rob and assault people, even if they won't murder as much. The real problem is the heart, the soul, the morality, and the lack of God.

Are those films the Taliban was tearing up Godly films? Or were they the naked-European-man-with-the-long-penis-he-walks-like-a-dog or blues-clues-teach-you-how-to-be-a-tranny type? I've got my money on the latter.

The Taliban has shown themselves particularly adept at PR and image. It would be a great own of the libtards if they did actually create some wholesome films which reinforce the natural order. Of course, the Taliban is primarily interested in doing things which help their society, not which troll America, but this would satisfy both.

As for Tim Poole and Steve Bannon, if they have anything interesting to say, I hope someone summarizes it here, as I really can't tolerate either of them. Poole is middling, hypocritical boring and long winded, while Bannon is a weird overweight alcoholic boomer with a strange China obsession and many of the stereotypical critiques we have of boomers. He does occasionally have a good idea, I just can't sit through hours of propaganda and ice cold conservatard takes to hear it.

I understand what you’re saying. But look at the countries that I listed previously: Saudi Arabia, Bahrain, Kuwait, Qatar, Oman and UAE. They’re all well developed and wealthy nations that can build islands out of nothing, have mile high skyscrapers, billions if not trillions in investment funds and the list goes on. The countries you listed, bar Turkey (somewhat), are in my honest opinions, shit holes themselves. The countries I listed could provide housing, welfare and so much more easily to these refugees of war and economics fairly easily due to their sheer wealth. Like I said all they want is free handouts and to be pampered while making a mockery out of us.

I would not take a single Muslim immigrant or refugee into ANY western Christian majority nation. They all go by that “Dar El Islam” motto no matter how “cool” they seem and frankly I’m not for that non sense. Western Christian nations shouldn’t give any Muslims citizenship. Give them Visas and the moment they act like morons (requesting halal meat, prayer spaces, certain sharia rules and cry islamaphobia) seize their assets and boot them back to where they came from after taking their finger prints, blood samples and retina scans so they can never be allowed back in.

Orthodox Inquirer
I don't expect to hear much more about Afghanistan in the media, other than the occasional "They oppressed this gay guy" story. The western media is now out of there, and no western media will want to report anything positive that the Taliban accomplishes anyway.

On the other hand, any big blunders they make are going to be reported and fearmongered to death.

In other words, no news is good news.

Now, can we get a withdrawal from Syria and Iraq?

Two Afghans at Fort McCoy got busted by the feds.

Orthodox
Do you prefer your child at school being brainwashed about hundreds of genders by a drag queen or enjoy his/her childhood doing this?

Kids in Afghanistan turn humvee into a carousel!