Banned
The other victims... 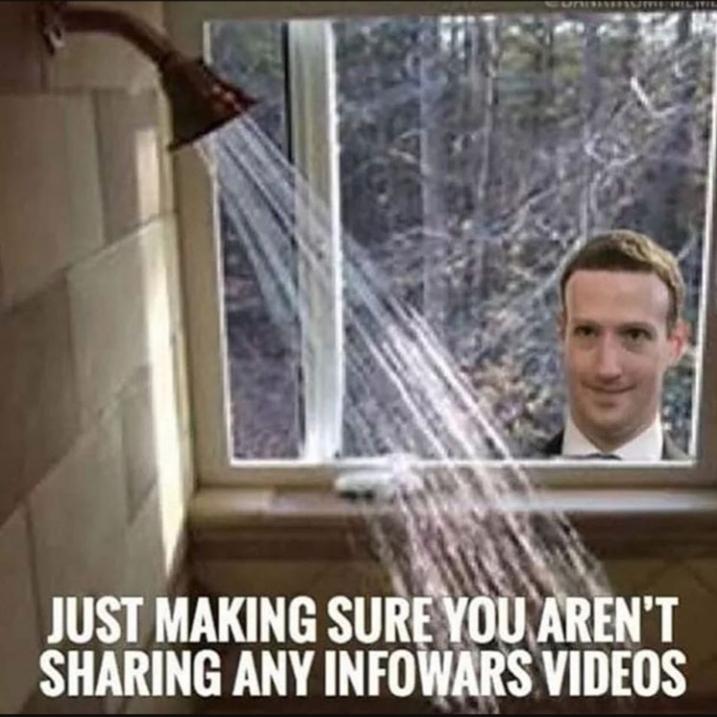 Orthodox Inquirer
Gold Member
The more they ban, the more ridiculous subjects for memes they become:


Alex is now on Telegram: https://t.me/real_AlexJones
B

Gold Member
Looks like Roosh will be on Infowars today.

Saw it in the telegram Infowars channel.

Infowars has settled the Pepe the Frog lawsuit with creator Matt Furie for $15,000 instead of the $2+ million that Furie’s lawyers were demanding.

Last year, Furie alleged that Infowars was responsible for copyright violation over a stylized poster sold on the Infowars website created by a third party which featured a small depiction of the cartoon frog that became a mascot for the Trump campaign during 2016.

The judge in the case ruled that Furie wouldn’t be expected to obtain anything more than $14,000 in legal fees, so Furie’s lawyers sought a settlement of just $15,000.

Although the media attempted to hype the case by accusing Alex Jones of contributing to the notion of the Pepe meme as a symbol of white supremacy, the cartoon frog was actually just a small part of the original poster, which featured numerous other iconic images linked to the 2016 Trump campaign.

The corporate press will undoubtedly frame this as a victory for Furie. It wasn’t. The result clearly represents a strategic victory for Alex Jones.

The Pepe creator and his legal team – Hillary Clinton’s law firm – were looking for a jury trial and over $2 million dollars in damage, but ended up with a relatively tiny settlement. Jones also saved hundreds of thousands in potential legal fees.

According to lawyer Robert Barnes, acting on behalf of Free Speech Systems, Furie “may have spent over a million in legal fees,” rendering the eventual outcome a huge defeat for the Pepe creator.

Furie’s argument was probably not helped by the fact that in a 2015 interview with the Daily Dot about Pepe the Frog, he openly invited anyone to “profit off of” his creation.
Click to expand...

Banned
Tell me no-one here still buys into this guy?

He's a parody, and obviously cointelpro. That whole infowars operation is a joke.

Just look at their coverage of the kappy suicide. It was convenient that they edit out 'I'm not suicidal'.

And what was his rant recently 'I'm the authority here' and all that shit.

The guy's a clown.
E

Agnostic
Gold Member
I don't think I ever "bought into" Alex Jones. He was funny and entertaining. He could go on epic rants about how 9/11 was an inside job or how Sandy Hook was an elaborate hoax.

I watched some of his rants and was greatly entertained. That does not mean I ever supported, believed or ever had his back.

Yeah, he was over the top as well and some of the stuff like weather control really is a bit far fetched lol.

Still, his skepticism and trying to make everyone suspect everything's a conspiracy is cool as and helped lay the seeds for all the knowing going on right now.

He's right about the frogs turning gay though:

Alex Jones goes on to T.I.P's podcast to talk about Trump.

What a horrible debate when the host has already set his mind and does not let the man of gay frogs talk.
He just keeps asserting his dominance, repeating the MSNPC views and being the ultimate victim.

Alex talks about conspiracies (sandy hook, etc.) but it eventually devolves into the host constantly amogging AJ and with his victim complex blaming trump for white supremacies.

It's worse than the Megyn Kelly interview. Amazing how well Jones holds his frame despite being constantly attacked (with a few outbursts of course).
Obviously a hit piece.

Alex Jones has touched the JQ a bit more closely in today's and yesterdays stream.
The Sasha Cohen speech and ADL attacks must have gotten under his skin.
He frames it so that big boss talmud jews want to incite antisemitism to normal jews with all the clown world stuff (nofap is antisemitism) so they can get more power and more victim complex when some people actually become antisemites.

Protestant
Alex Jones has Richard Spencer on and the interview went really well. I am really surprised Alex Jones allowed Spencer to be on and was so respectful to him.

Orthodox
Alex Jones arrested for driving under the influence of alcohol:

InfoWars has published its own account of Alex Jones' interaction with Texas state police on Monday night, and it differs markedly from the story published by the Statesman.

According to InfoWars, Jones has been cleared of the DWI charge after blowing less than a 0.08 - the Texas legal limit. Jones was pulled over in Travis County while driving "45 mph in a 40-mph zone" and admitted to consuming a small amount of sake at a Japanese restaurant, where he had eaten dinner with his wife earlier that evening.

Interestingly enough, the Austin Statesman article reporting Jones's arrest was updated shortly after publication to clarify that Jones did blow below the legal limit. The reasons for his arrest are not made clear in the article.

InfoWars claimed that Travis County has been criticized for its low number of DWI arrests recently, and in response, police have been setting up 'dragnets'. However, InfoWars doesn't mention anything about having proof that Jones was caught up in a dragnet specifically, a bump in enforcement would certainly explain why somebody going 5 mph over the speed limit might be pulled over if there are no other obvious infractions being committed.

Jones claimed that the officer who arrested him appeared to be a rookie and couldn't properly administer the 'stand on one leg' test.

"It was quite the experience to see what was going on in this country and to experience it myself," Jones said Tuesday on his show.

InfoWars added that the company is "confident" the charges against Jones will be dropped.
Click to expand...

Gold Member
Imagine being Alex Jones and getting pulled over by a man in uniform before being told "put this piece of plastic in your mouth and blow".

At best he'd be thinking "coronavirus".