Gold Member
Someone suggested that we need a new thread for everyone's favorite Latinx Democratic nominee "from the Bronx". I've collected a few bits that have been posted in a few other threads. I'm sure there will be a lot more posted here between now and November. 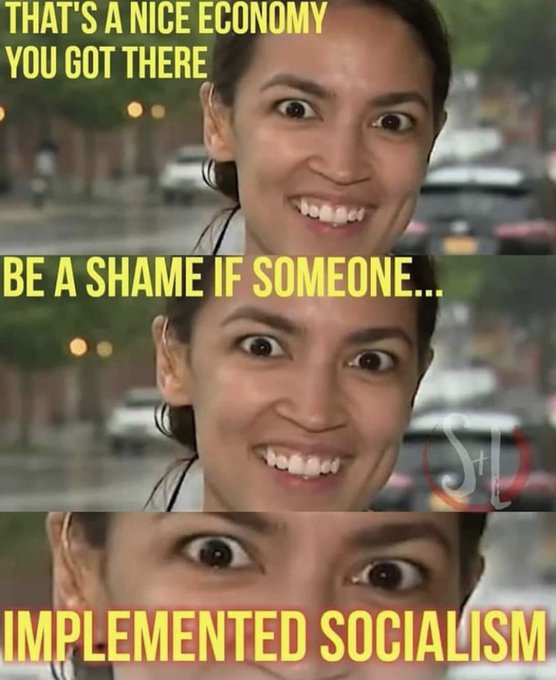 Alexandria Ocasio-Cortez is being hailed as the new face of the Democratic Party after vanquishing Queens party boss Joe Crowley in Tuesday’s primary, but one former co-worker isn’t jumping on her bandwagon.

Most of the staff at Flats Fix, the East 16th Street taco and tequila bar, say nice things about Sandy, as they knew her for the four years she worked there, until she quit six months ago to run for Congress.

But one waitress has a bad memory of working with Ocasio-Cortez, 28, as Ocasio-Cortez tended bar during the very busy Cinco de Mayo celebration in 2017.

At the end of the night, when it came time to split the $560 in tips she had gotten at the bar, Ocasio-Cortez gave the waitress only $50. After the waitress complained to her manager, her take was doubled to $100, a source said.

“It says so much about her character,” said my source. “From that point on, I wouldn’t talk to her. I couldn’t look at her.”

Get your popcorn ready!

Banned
This is excellent news for us. The harder the dems go to the left going into midterms, the better for the republicans. People don't want hardcore socialism when the economy is booming. We should be sharing everything this woman says as widely as possible.

Other Christian
Gold Member
We're reaching levels of doubling down previously unheard of... 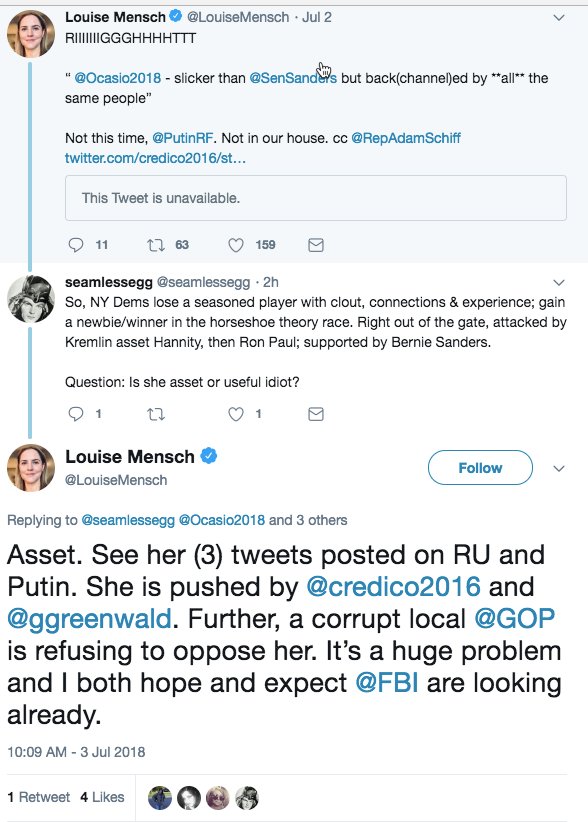 DO NOT underestimate her. Like I said in the other thread she has the potential to become a cult of personality. Double this because she's female and because Hispanics have now replaced blacks as the preferred victim group.

Catholic
It could go either way with her, she has the potential to bring more dems into the far left socialist side, this could work for or against the country and Trump depending. The movement of some to the far left, could move dems into Trumps camp, or motivate turnout of Republicans. On the other hand, if the far lefties ever won, it'd make crooked Hilary look like a walk in the park!

Took me sec, but "would bang would not vote for" and agreed, those crazy eye would make the ride like a scary ass roller coaster.

n0000 said:
This is excellent news for us. The harder the dems go to the left going into midterms, the better for the republicans. People don't want hardcore socialism when the economy is booming. We should be sharing everything this woman says as widely as possible.
Click to expand...

It really depends on how much the average person benefits from the economic boom.

In NYC, the growth of the finance-driven economy definitely doesn't benefit everyone the same. It leads to rising cost of living, squeezing out the middle class, and many people being more open to socialist and other countercultural views. Dense cities like NYC and SF seem especially susceptible to this phenomenon, which explains their politics and the person to whom the thread is dedicated.

I don't know how it is in the rest of the USA. If the rest of the country felt the same economic discontent of a booming economy that leaves a lot of people behind, then maybe socialist movements could become more popular, especially with the younger generation being economically ignorant and disadvantaged.

So far it seems like a lot of red states are not receptive to socialism because of their low cost of living. Texas for example has very cheap real estate that doesn't rise very much in price, due to the abundant land and lack of obstructions to development. That seems to be changing in e.g. Austin though, as many people move there from California and New York and drive up the housing prices.

Members living in red states, what do you think?

Support for socialism is driven by disparity of wealth in society, together with it being seen as an "easy fix" to the problem.

Other Christian
Gold Member
Yep, social parasites may like her rhetoric.
Yet those of even a modicum of success will turn away.

Just make sure the social parasites do not outnumber the successful.
T

Bluemark made a good point. the allure of socialism is the panacea for the masses who haven't benefitted from the uptick in the economy. With many college graduates in heaps of debt with no chance of buying any real estate, no chance of any decent wage, it's definitely an option. When you have ceos making millions and the bank clerk making several hundred a week, this disparity isn't the only talking point. Along with it goes inflation, debt, no significant wage increase, inability to qualify for a home mortgage. They feel mislead by getting that college diploma. Yes, it may be in basket weaving, but I know teachers who owe thousands in student loans and ad trouble finding work. Yet the salaries in some hubs doesn't help you buy that property.

Gold Member
She may well be big in the future. But she's going to be a polarising figure, not a 2nd Obama. Welcome to the tribalism of the rest of the 21st century!
A

Communism in another name is still Communism. All of the sudden everyone wants to drool over the Democratic Socialists of America. Once they kill 50 million more people, "DOH! Itsnotrealcommunism"

And that Elizabeth Bruenig chic needs to find herself a new set of teeth.

If you're Familiar with NYC and LA it's easy to see the appeal of socialist rhetoric. Both cities have a population of parasitical, extremely wealthy elites in industries like finance and law that utilize a large number of underpaid minorities to service their own needs.

The mistake is twofold. First is thinking that socialism will fix the problem. It doesn't because these people are vicious, and opportunistic; government controlling the means of production just means these people move to government and redirect resources towards themselves. The second problem is projecting that frame onto the rest of the country where the "rich" typically got that way through production and not parasitical behaviors the way the NYC/LA elite does.

Orthodox
Gold Member
Funny to see this toothy socialist chick with a family name that's abhorred by the Left throughout Latin America.

I mean, Cortez... a warrior he was indeed, but not exactly a SJW.

So I guess it makes this Cortez chick, the new Malinche?!

I also there is a misconception in the US as to who the biggest welfare recipients are. We like to think that it's poor blacks and whites while it's actually the Wall St vermin and the merchant class. They have been excellent at staying under the radar while running away with all the money.

Gold Member
She’s bragging about her Econ degree, yet she lives in nyc and couldn’t find a job using it and was tending bar.

You know why I was able to predict as early as August 2015 that people needed to take Trump seriously and he would get further than people thought?

It's easy if you understand the trend in play: anti-establishmentarianism.

A lot of members here mistakenly think that we're in the middle of some kind of right-wing wave. It's extremely important to recognize that as false. What is happening is that we are in the middle of a populist, and GLOBAL wave caused by economic problems. This distinction is crucial if you want to be able to accurately understand why things occur they way they are and to correctly assess the situation moving forward.

Here is why this relates to "Alexa" here. We didn't win because America suddenly swung right wing. We won more than anything else because the left has gone so insanely pro-establishment, pro-globalist, pro-corporate, and pro-deep state that very few people who actually work for a living (the majority of the country that doesn't work in a cushy office job) can find any common ground with them.

The moment you get a left wing candidate who isn't a globo-corporatist cuck that entire dynamic goes bye. Trump can very easily be unseated. It just isn't going to be done by someone promising more of the same shit that left everywhere in the country that isn't NYC/D.C./LA economically devastated. The moment you get someone who can credibly and effectively preach a populist position left of Trump they become a serious threat.
C

Dusty said:
She’s bragging about her Econ degree, yet she lives in nyc and couldn’t find a job using it and was tending bar.