Bazzwaldo said:
I know very little about encryption but seeing it from a laymans position, I thought encryption was impossible to break unless:
1) you provide the access key
2) there is a backdoor built into the encryption system
So assuming you don't give up your key and there's no such a thing as backdoor access, how could a government enforce this law?
Click to expand...

That is part of it I believe.
The Aus. gov. getting specific backdoor access to encrypted apps / messaging.

Which then places the backdoors at risk of breach by third parties.
Not to mention, you'd think gov. intel agencies would already be able to backdoor information with all the holes in Intel CPU infrastructure this or Cisco routing backdoors that.

A daft message telling the bad guys not to use the system from the outset, while also essentially admitting that the gov. don't have everything they want.

Gold Member
Does Australia have a new Trump like Politician to lead us out of the darkness?


Something in the water in Queensland brings out the stoic, courageous strait talking Alpha.
H

Just as long as its not this guy! Powderfinger are the most un-Australian band you could put on that list....dude should have known better
https://www.abc.net.au/news/2018-01...ches-alternative-hottest-100-playlist/9338566
B

I liked one paper claiming "right wing racist nazi" etc etc. and publishing photos of him with all sorts. :angel:
Imagine he'll end up maligned like Hanson though.

Gold Member
Well a woman got murdered. It happens from time to time. A couple of local news stories and everyone will forget abou...OMG EVERYONE PAY ATTENTION A (((WOMAN))) WAS MURDERED AND THIS IS A TRAVESTY AND WE CANNOT BEGIN TO EXPRESS OUR HEARTFELT CONDOLENCES TO (((HER FAMILY))) AND WE'RE GOING TO SPARE NO EXPENSE TRACKING DOWN THE SCUMBAG WHO DID THIS AND OUR CUCKMANDER IN CHIEF PRIME MINISTER SCOTT "SCOMO" MORRISON WHO IS TOTALLY NOT TAKING ISRAELI DICK IN THE ASS HAS HAD THE ROCK SOLID CONVICTION TO COME OUT AND SAY THAT WE HAVE A CULTURE OF VIOLENCE AGAINST WOMEN, WHAT A CHAMP!!!

Gold Member
It would be a terrible inconvenience if the killer belonged to a religion of peace, with the (((victim))) being who she was. It is Bundoora, so there is a chance.

This is yet another woman though who thought it was safe walking by herself at midnight in an unknown area. Especially strange as she's from a certain (((country))) where I thought women knew better than the typical dumb Aussie broad. I'd never do that even as a strong man who can fight. Even my boxing coach was almost robbed by a pack of diversity up that way when he was catching a late train.

So many feminists are using this latest murder to nag men into doing something about it. Funny, I thought they could do everything we can, only better. Surely they can beat up a group of thugs, ScaJo's style.

I liked one paper claiming "right wing racist nazi" etc etc. and publishing photos of him with all sorts. :angel:
Imagine he'll end up maligned like Hanson though.
Click to expand...

Of course anytime the compromised "fake news" media in Australia rant about "right wing Nazi" this that & the other.
I can't help but notice their oversight of pro-Palestinian, anti-Israel, anti-semitism...

StrikeBack said:
It would be a terrible inconvenience if the killer belonged to a religion of peace, with the (((victim))) being who she was. It is Bundoora, so there is a chance.
Click to expand...

That didn't mean they didn't try 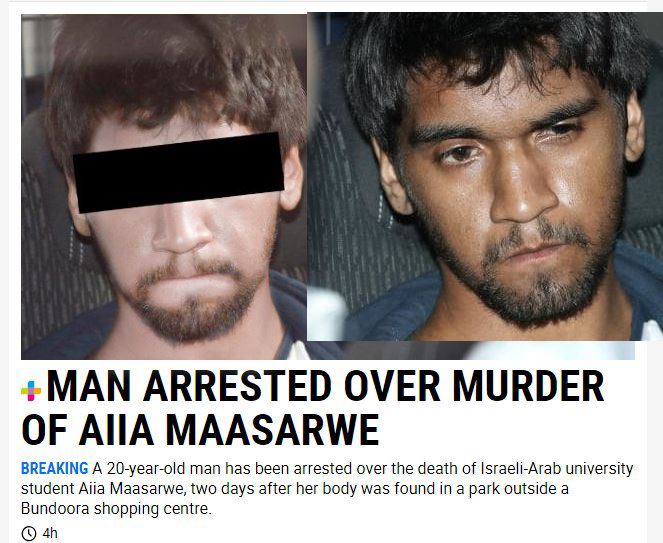 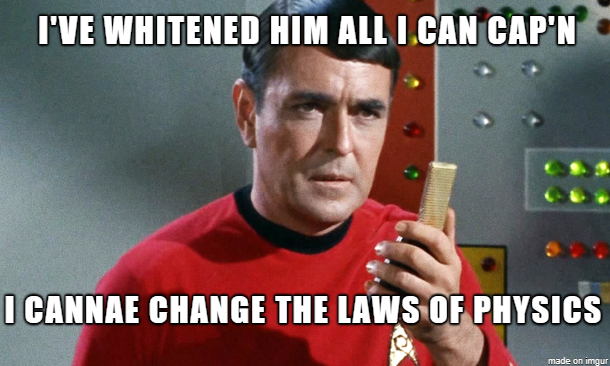 Looks like there are plans to make "yellow vests" protests across AU. Could it be, that it will spread across the globe? I have had such suspicion when it sparked in France.

Hilarious how all men are lumped together for the purposes of crime stats, but when Fairfax Media needs a male boogeyman, it’s always the white male.

How can Aboriginal men be simultaneously oppressed by the white man and his easy tool for murdering off women in the name of female oppression in Melbourne?

The feminists say 69 women were killed by violence in Australia in 2018 (the male death toll was 3-5 times higher, based on yearly homicide averages).

To put that into perspective, there are 25 million people in Australia, 12.5 million are female, and the key 15-64 working age female bracket is at least 8 million women.

ONE in 115,000 - what an “epidemic”! That’s the fucking chance of you being murdered by the “Patriarchy” in modern-day Australia.

Of those 69 women, how many were murdered a) in back alleys or similar places, b) after 10pm in quiet areas with no one else around bar attacker and victim, c) by someone on drugs, d) by someone with severe mental illness/psychosis, and/or e) without the assistance of any other man, let alone a group?

Gold Member
If this bloke had won a medal at the olympics, of wrote a book or recorded a song, they would proceed his name with the word "aboriginal" at all times.

But rape and murder and he is just a man.

And all men are evil.

14 year old boy jumped and mugged by 20 African Youth in a train station in Melborne as PSO’s stand nearby and do not intervene. Disarm the cops, and then import the savages. This is not illogical – it is a plan.
Click to expand...

Of course police, government & media will complain loudly at this politically incorrect "vigilantee" response.
Yet secretly, will be salivating at the chance to use the whole crisis as a means to impose even more authoritarian measures...
T

Why weren't there vigilantes back when the gun grabbers came around?

Gold Member
Boomercucks were the "alphas" of the day.

Tells you just about everything you need to know. They didn't even need to fight. They just needed to say "no" and there wouldn't have been enough jails to hold even a fraction of them.

But they attended a few protests then predictably bent over. If they held out in even one state then they would have functionally beaten Howard but even that was too much for them.

Nothing is sadder than a boomer in the shooting scene. Their wear their disarmament shamefully like an albatross around their necks.

Australia owns 80 tonnes of gold worth $4.4 billion but it’s not even in the country — and the internet is rife with conspiracy theories.

Is Australia’s gold really being secretly melted down and sold to the Chinese?
If you’re into conspiracy theories, talk of impending global economic collapse and have a deep distrust of central banks, you may have come across this one.
It goes like this. Most people would be aware that the Reserve Bank of Australia, like all central banks around the world, holds a portion of the country’s reserve assets in gold.
What you may not know, because it was only made public in December 2012, is that 99.9 per cent of Australia’s $4.4 billion worth is actually held by the Bank of England.
Of that gold, 11 tonnes is “leased” out to earn interest — it brought in around $700,000 last year — while the other 69 tonnes is sitting in a vault in London. Or is it?
“There are all sorts of conspiracy theories and rumours in the gold market as to what’s going on,” said economist John Adams, who has been on a crusade to find Australia’s “missing gold” in a series of videos with Digital Finance Analytics founder Martin North.
The crux of the conspiracy theory, promoted by the likes of Swiss gold trader Egon von Greyerz, is that China, India and other eastern countries are accumulating more gold than can be explained by mining production.
He believes much of it is actually western central banks “covertly disposing” of their gold, or otherwise leasing it to China and India through bullion banks which then “issue an IOU only backed by paper since the physical will never return from Asia”.
“Since 2008 just China and India have accumulated 26,000 tonnes of gold,” Mr von Greyerz wrote recently. “That is a remarkable figure and virtually the total mine production for that period.”

As if weakening gun laws is a bad thing to start with & as if that is a typical Soycialist practice...
Also, why would rural voters stay with the Liberal party if the Liberals are going to remain strict on guns...?


Also.
It's a sad & sorry state of affairs when the supposed 'conservative' politicians are all scrawny individuals...

CynicalContrarian said:
What you may not know, because it was only made public in December 2012, is that 99.9 per cent of Australia’s $4.4 billion worth is actually held by the Bank of England.
Click to expand...

What, there are no construction workers in Australia capable of building a reinforced concrete vault the size of a living room?

Gold Member
Real wealth is kept in the reach of those in power. The gold might be on Australia's ledger but there's no way it's considered to be the property of the Australian citizenry.

This is how the elites survive even the worst social dislocations. By retaining enough real wealth to step out of the ashes of the old and buy up everything of relevance in the new.