UNIVERSAL PRE-SCHOOL FOR ALL THREE- AND FOUR-YEAR-OLDS
In addition to providing critical benefits for children, preschool has also been shown to increase labor force participation among parents – especially women -- boosting family earnings and driving economic growth.
Click to expand...

Who will be raising the next generation of children? Indoctrination starts in Universal systems.

Proverbs 22:6 - Train up a child in the way he should go, even when he is old he will not depart from it.
Click to expand...

a parent drops out of the workforce, reduces hours, or takes a lower-paying job early in their careers—even temporarily—there are lifetime consequences on earnings, savings, and retirement
Click to expand...

child care providers, 93 percent of whom are women—disproportionately immigrant women and women of color—earn poverty wages for doing essential work that allows our economy to function and our communities to thrive.1 In fact, even prior to the pandemic, 16 percent of child care workers lived in poverty—twice the rate for workers overall, with many struggling to afford care for their own children.
Click to expand...

Investing money into a broken system.

Women are being scared into leaving their children in the care of inadequate (possibly mentally unstable) strangers in a public school system. How? The study goes on to use the scare tactic of retirement:

By the age of retirement, a lifetime of affordable child care would mean that women with two children would have about $160 per month in additional cash flow from increased private savings and Social Security benefits.
Click to expand...

An additional figure of $160.00 per month ? Is it worth it? How well did the universal child care work out with the child's early years of development?

There are data out there to support the importance of early child development; and an on going question for families is "what value does pre-school serve the development of a child?"

Woman
The Biden Administration is an embarrassment. Have some respect for the Office of the President.

Woman
Orthodox
I don't blame Biden, he's clearly senile and I think this is elder abuse. I blame whoever is pulling the puppet strings. I don't like ex-VP Pence but I was shocked by the demeaning manor in which Harris spoke to him during their debate. Lord have mercy on me for saying this, but Harris is a slimy, selfish liar. She is so clearly owned by the tractors and globalist leaders. I'm honestly surprised that they haven't killed Biden yet or taken him out of office for "health reasons" yet.
I can't believe how far this country has gone downhill. I know it's been going down basically for our whole history, but I'm amazed daily by the number of normies just going with the flow and what new agendas they can push without anyone fighting against it. IMO this country as we know it isn't worth fighting for. I think that's the problem. Everyone who would normally push back on these new agendas have basically resorted to stepping away from society and giving up on the country. People are trying to flee to safer areas, pulling kids out of school, etc to hold onto their values, but they cannot leave the "system". At what point do we try to gain autonomy? Because right now we might be as independent as can be, but the government still has you in their system and you can't get out. No one has true freedom to do as they'd like. I suppose that's for the best in the grand scheme of things (because non-christians have no moral code). But let's say you own 50 acres of land and are off-grid sustainable. You still have to pay property tax and you really don't own the land, you just own the "rights" to the land, and if a normie reports you (even falsely), the ATF can swoop in and murder your entire family.

Mrs.DanielH said:
But let's say you own 50 acres of land and are off-grid sustainable. You still have to pay property tax and you really don't own the land, you just own the "rights" to the
Click to expand...

This is why I've always thought property taxes were the most egregious of taxes. You never truly own property, you're just renting it from the government essentially. And they can always just decide to raise your taxes for any reason. I know some states don't have income tax, but a state getting rid of property taxes instead would be huge. I know this will only happen in fantasyland though.

Brownstone Institution Article [link]
The article recommends against the Covid booster shot that the Biden administration, following Fauci’s advice, is suggesting as the key to making the vaccines work better and finally fulfill their promise.

Two top FDA officials responsible for vaccine research resigned last week and this week signed a letter in The Lancet that strongly warns against vaccine boosters? This is a remarkable sign that the project of government-managed virus mitigation is in the final stages before falling apart.

In 2006, during the early years of the birth of lockdown ideology, the great epidemiologist Donald Henderson warned that if any of these restrictive measures were deployed for a pandemic, the result would be a “loss of trust in government” and “a manageable epidemic could move toward catastrophe.” Catastrophe is exactly what has happened. The current regime wants to point the finger toward the noncompliant. That is no longer believable. They cannot delay the inevitable for much longer: responsibility for this catastrophe belongs to those who embarked on this political experiment in the first place.
Click to expand...

COVID vaccine statements (found in the article) that are misleading to the public.

“Our data from the C.D.C. today suggests that vaccinated people do not carry the virus, don’t get sick,” Rochelle Walinsky- Head of CDC
“You’re not going to get COVID if you have these vaccinations” - President Biden
Click to expand...

The HHS started to tighten its grip on the federal supply of monoclonal antibody treatments earlier this month as it said a group of seven states—many presumed to have relatively low vaccination rates—were eating up 70% of the country’s allocated doses. A senior HHS official told Forbes the move was “temporary” to make sure all states could access the treatment if needed, instead of just the small group. However, some of the states most impacted by these changes have pushed back, arguing they should be prioritized because of the crises they are facing.

The Medical Association of the State of Alabama said Monday it is “very concerned” about the federal government limiting supply of the treatments, saying it should be helping “provide more of this treatment … not less” at a time when Alabama’s hospitals are already “full and under tremendous stress.” Tennessee’s Department of Health, meanwhile, told Forbes in a statement the changes have led to patients being turned away and appointments canceled “due to a lack of clarity on when treatment will be available.”

“We are very, very concerned with the Biden administration and HHS’ recent, abrupt and sudden announcement that they are going to dramatically cut the number of monoclonal antibodies that are going to be sent to the state of Florida,” DeSantis said. “There’s going to be a huge disruption and patients are going to suffer because of this.”
Click to expand...

Woman
I dislike both of them, a bit of disgust with some hate sprinkled in. I don’t feel as bad for Biden as most people when they say he is being used cause he was a typical bad politician his whole life. As for the VP I am disgusted. This B truly went horizontal so her career could go vertical per one of fav based youtubers and I cannot believe people want little girls to look up to her. Who wants to tell their daughters, honey sleep with and suck the cocks of powerful men and you too can become a leader of a powerful nation. Just my opinion but she is more of an embarrassment for our country than Biden. They are not working for God, they are working for man, so of course everything they push will be harmful, ridiculous and evil. That’s about it. Can’t stand them! 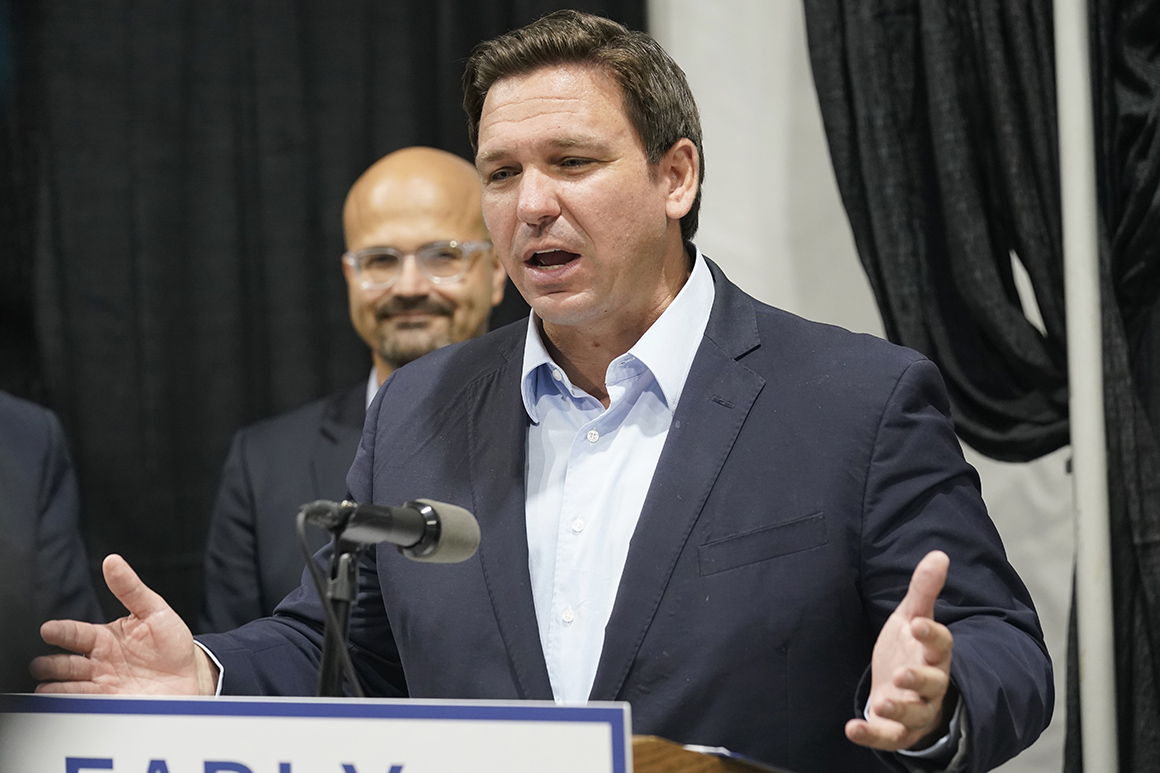 Federal health officials plan to allocate specific amounts to each state under the new approach. 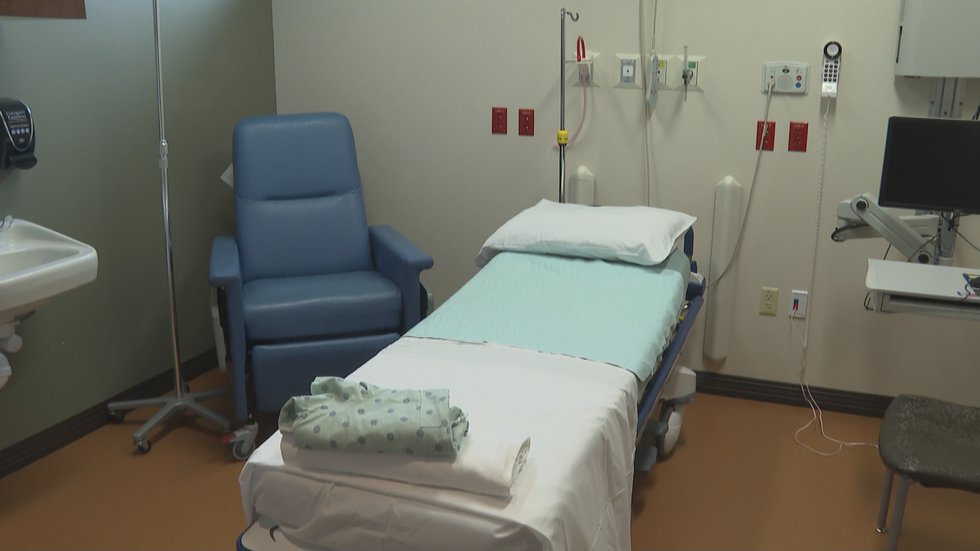 Seems a treatment is NOT an option; only the Big Pharma vaccine.

Woman
This is a little late and not directly related to the Biden Admin., but I caught this screenshot during the Newsom recall… nearly 10pm on the dot “66.6%” votes to keep Newsom. There are no coincidences and they openly mock us.

Repost from the Men's forum: 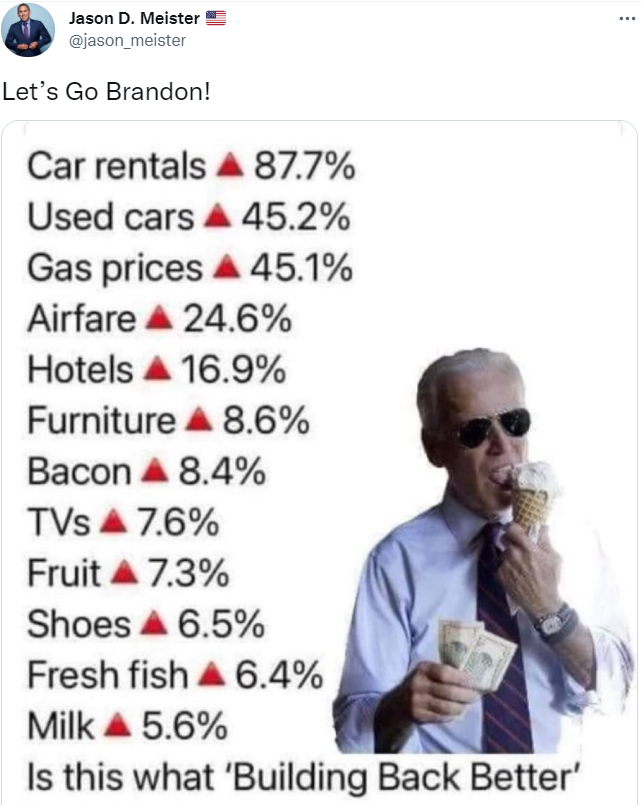 I don't know. Just poached it off a tweet somewhere.

infowarrior1 said:
I don't know. Just poached it off a tweet somewhere.

Lol thought it was some pop culture thing all the cool kids know about haha!
A

Woman
Let’s go Brandon is from that newscaster saying the people are saying let’s go Brandon but they were saying fuck Joe Biden. It’s become a meme and a hashtag already.
You must log in or register to reply here.
Share:
Twitter Email Share Link
Top