Couldn't have happened to a nicer guy. This will be a fine segue for him, though. An easy way to exit the stage while his state is crumbling.

I hope we at least get to see his journo brother disown him. At least give us a little entertainment.

Gold Member
"I know it was you Fredo" 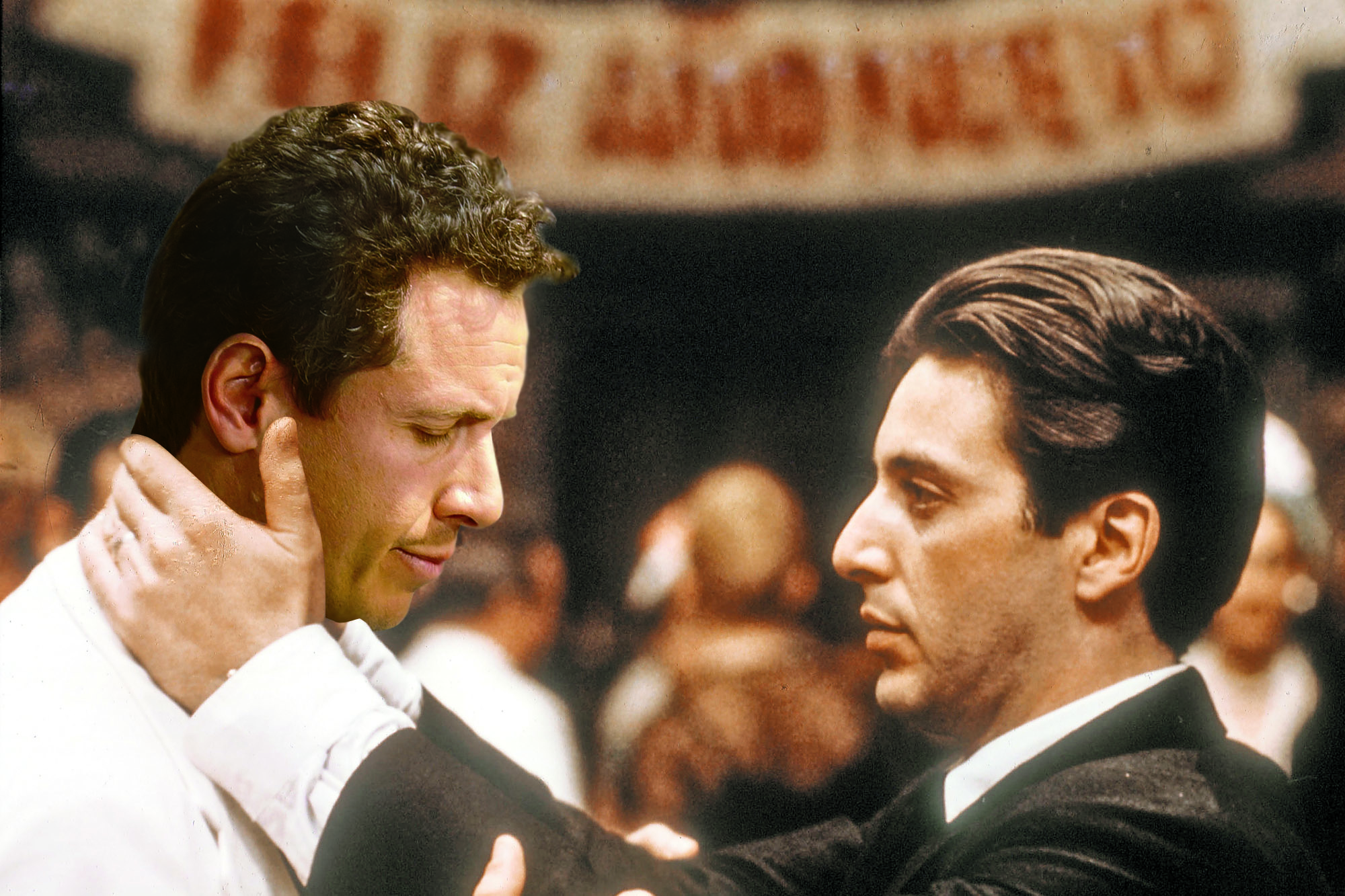 Orthodox
Gold Member
It's too late for that, idiots.

budoslavic said:
It's too late for that, idiots.

wait what? Is this a joke?

Are they really going to do this? How?
E

budoslavic said:
It's too late for that, idiots.

So that's how you get leftists on board with border control. Just tell them the Mexicans are carrying the coofies.

He's probably cutting slits into tennis balls as we speak. The hilarious thing about Glenn's tweet is that the media has said that verbatim a few times. Whenever Trump would do it they'd start crowing about how "Trump is finally acting Presidential".

The Saker, more or less accurately, in my opinion, reads the tea leaves behind recent strategic actions by the United States and its armed forces:

I think that there is very strong, even if only indirect, evidence which there is some very serious in-fighting taking place in the “Biden” administration and there is also strong, but also indirect, evidence that the military posture of the United States is undergoing what might end up being a major overhaul of the US armed forces.

If true, and that is a big “if”, this is neither good news nor bad news.

Because, objectively, the current US retreat on most fronts might be the “soft landing” (transition from Empire to “normal” country) many Trump voters were hoping for. Or it might not. If it is not, this might be a chaos-induced retreat, indicating that the US state is crumbling and has to urgently “simplify” things to try to survive, thereby generating a lot of factional infighting (at least one Russian observer specialized in “US studies”, Dmitrii Drobnitskii, believes to be the case: see the original article here, and its machine translation here). Finally, the state of decay of the US state might already be so advanced that we can consider it as profoundly dysfunctional and basically collapsing/collapsed. The first option (soft landing) is unlikely, yet highly desirable. The second option (chaos-induced retreat) is more likely, but much less desirable as it is only a single step back to then make several steps forward again. The last option (profoundly dysfunctional and basically collapsing/collapsed) is, alas, the most likely, and it is also, by far, the most perilous one.

For one thing, options #2 and #3 will make US actions very unpredictable and, therefore, potentially extremely dangerous. Unpredictable chaos can also quickly morph into a major war, or even several major ones, so the potential danger here is very real (even if totally unreported in Zone A). This, in turn, means that Russia, China, Iran, the DPRK, Venezuela or Cuba all have to keep their guard up and be ready for anything, even the unthinkable (which is often what total chaos generates).

Right now, the fact that the US has initiated a “great retreat” is undeniable. But the true reasons behind it, and its implications, remain quite obscure, at least to me.

I believe it is option 3 - profoundly dysfunctional and basically collapsing - that is the explanation and my reasoning is fairly straightforward. The US military is in far worse shape than even its biggest skeptics comprehend, and these retreats, from Afghanistan to Ukraine, are taking place in order to hide the US military's lack of capability. With the prospect of a vaccine mandate being forced on an unwilling military by an unelected commander-in-chief, the US military will be fortunate if it doesn't fall apart faster than Creepy Joe's eyes light up after catching sight of a child in the crowd.

Any confrontation, with any enemy provided drones and missiles by either Russia or China, will reveal the US military to be not just a paper tiger, but a paper tiger who has been thoroughly immersed in water. At this point, I think it is more likely that we'll wake up to find the USA being ruled by a USMC colonel and China in possession of Taiwan than for Creepy Joe's anti-administration to engage in large-scale offensive operations outside the US borders.

It's clear that the AIPACkers and ELOWs in the anti-administration desperately want war with Iran before they lose their influence over the US military. But it's equally clear that the US military has no hope of winning any serious encounter with the China-Russia-Iran anti-imperial alliance. Hence the serious in-fighting presently taking place within Washington.
Click to expand...

Has the US begun its 'great retreat'?

I have to begin this column by admitting that “Biden” (note: when in quotation marks, I refer to the “collective Biden”, not the clearly senile man) surprised me: it appears that my personal rule-of-thumb about US Presidents (each one is even worse than his predecessor) might not necessarily...
www.unz.com

He’s much better now that he’s given up on the Q idiocy.


That said Vox is still pretending to be experts on topics he knows nothing about. One of the major issues that undercuts the military is that non-combat functions are treated as a jobs program for corrupt minority community leaders (not unlike any Deep South or inner city government office) and the combat function is managed by risk averse bureaucrats whose primary concern is making sure they can’t be blamed to anything.

If anyone has worked at a bank it is a similar environment where every little action requires mountains of documentation and paperwork to support it, except exponentially worse because of the inherent level of risk involved in combat operations. They also want every little thing packaged into idiot friendly powerpoint presentations to send over to their drooling superiors as proof of doing great things. One of my peers literally had to sit down and write up a Storyboard, fitted into the standard template including a chart of movement, for a ten minute meeting between us and the local police chief that we worked with routinely.


Some other things I've seen.

Interrupt: Need to break here but if anyone wants I'll post more examples. The kicker is that all of these things are dependent on an extremely high level of micromanagement, made possible by having a full generator setup with computers that make PowerPoint presentations and satellite communications. Both of those won't exist in any peer to peer conflict (China and Russia will take down our satellites within the first few hours of hostilities). It leaves the US in a very, very, bad spot because the act of being an independent commander capable of taking charge and leading while on the move is largely a lost art in the US Military, whereas Chinese and Russian military doctrine hyper-emphasis developing small units that are capable of acting independently and swiftly while still adhering to commander's intent.
Last edited: August 6, 2021

We're "retreating" (read: we'll have maybe half the troops we currently have still in Afghanistan, etc) because the army needs to focus its violence on US citizens more than anything now:

When the leaders of Russia and China see this, they will realize that we are so corrupted that we will no longer be taken seriously as a country. They will make decisions on how they deal with us when they see stuff like this. This has some serious consequences for the country’s future and security. This will also make the Russians and Chinese base their future actions on what they perceive here.

Can we bring back tarring and feathering already?

Can we bring back tarring and feathering already?
Click to expand...

It's almost like the AIDS inside of that demonic genetic dead end subhuman is lashing out and trying to escape before it can reattach itself to a new host before leaving the corpse to rot in the wake of its demise.