BlastbeatCasanova said:
The liberal flight phenomenon irks me to no end. Vote leftists policies and then turn tail when the consequences of your politics begin to affect your life. The south is also getting a lot of people moving from Cali, New York, etc. coming down to escape the high taxes and other policies they voted for
Click to expand...

It's happening in nashville, you got all these Chicagoans coming in and moving here.

aeroektar said:
there's a lot of people living in the 600 mile stretch between SF and Portland that share very little in the way of lifestyle or beliefs with those urban degenerates.

The map desperately needs to be redrawn, but probably won't be for a long time for various reasons.
Click to expand...

The corridor along I-5 between Sacramento and Eugene are very conservative.

But for some reason the libs want to control those counties
Click to expand...

There is also a large, fast-growing, younger Mexican immigrant population in those areas, as is the case in all agricultural areas in the West where they have relied on cheap imported labor. The same dynamics that took place in I-5 corridor in CA is happening in northern CA and OR.
J

TigOlBitties said:
This is what the Left wants. A tiny elite, with some loyal government employees, and a large peasant class that's easy to control. Give them just enough free shit while promising more, enable terrible behavior, deflect blame. Chaos in the streets is great for the Left.
Click to expand...

This is not just great for the left, but for government and authoritarian business models in general.

Rule making is how societies control destructive variation in behavior. People are mainly disincentivized from extreme or destructive behavior because they will inevitably violate the rules. If not formal legal rules, then informal social rules. In either case, those who violate the rules are generally punished. Whatever imperfections there might be, this is perhaps the most essential regulatory mechanism in any society.

Traditional, homogeneous societies do not require some giant government apparatus, because they have organic, functional, historically validated rules enforced at the community level. Ever wonder why police didn't traditionally carry guns in a lot of European countries, or why that would be seen as totally insane? Because, absent certain new arrivals, the native population committed very little violent crime. Communities were like America in the 1950s, safe, predictable places where small children could run around unsupervised, because healthy social norms are tremendously effective in functioning as "rules" for the right populations.

The left promotes the exact opposite, naturally, because once your society has been "diversified" and enjoyed "change", nothing works and communities are destroyed. Rather than hate domineering, heavily armed police, whites especially are grateful they're around, because it is their only realistic deterrent against violent minorities.

This extends into business in a million ways most people never register. In a society with absolutely no communal or moral bonds, why shouldn't private companies do their utmost to screw over their employees, customers, or anyone else who gets in between executives and their paycheck? Why shouldn't they abandon American employees entirely and move to China? Why shouldn't investment banks sell fraudulent investments to some pension fund somewhere? The left responds to the very same abuses it helps to create by establishing sham "Consumer Protection Bureaus" to further monitor/regulate/harass normal people, and so the cycle continues.

This is why the USA is truly doomed- once a civilization enters this spiral, it never ever comes back. Ever.
2

jeffreyjerpp said:
Ever wonder why police didn't traditionally carry guns in a lot of European countries, or why that would be seen as totally insane? Because, absent certain new arrivals, the native population committed very little violent crime. Communities were like America in the 1950s, safe, predictable places where small children could run around unsupervised, because healthy social norms are tremendously effective in functioning as "rules" for the right populations.
Click to expand...

In the past several years, western European countries like England, France, Germany, etc... have been letting in muslim refugees and because of them, they are having an increase of rapes, murders, and other violent crimes. But their governments choose to sit back and not prosecute them because they don't want to be seen as intolerant bigots.

Orthodox
Gold Member
Looks like Philadelphia is following San Francisco's footsteps for allowing drugs out in the open.


Edit. Note the media didn't focus or pan their cameras on the mother.

I don't know what to say anymore

Hundreds of illegal aliens charged with rape and child sex offenses after being released from Southern California jails without notifying ICE.
https://www.foxnews.com/us/inmates-rearrested-rape-california-jail-ice

California is neo-Brazil. Question is, will the rest of the country follow?

I was in San Diego last month, which isn't as insane as the Bay Area or LA. But there's definitely a very strange vibe to California. It wasn't just the homeless, obvious illegals, nutty politics, etc. But the regular people are strange too, and it was like they're caricatures of everything we make fun of on this forum.

California's glory days are long gone and the comparisons to Brazil's corrupt, incompetent government and the wealthy being surrounded by lower income, poverty and crime will eventually be pretty accurate.

The weather and scenery are great, but I couldn't care less about ever visiting California again. I can't even imagine how messed up the Bay Area and LA are.

Seattle has similar problems too. 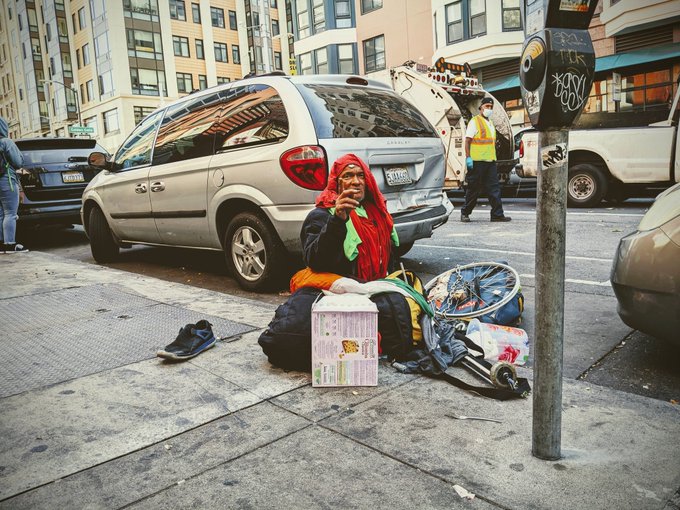 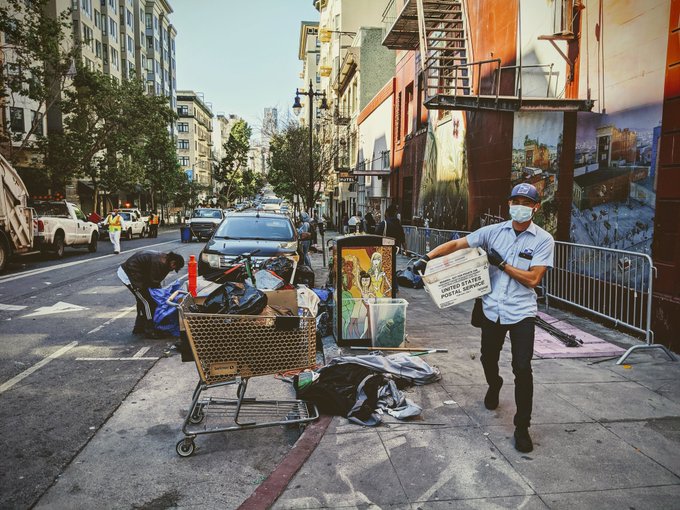 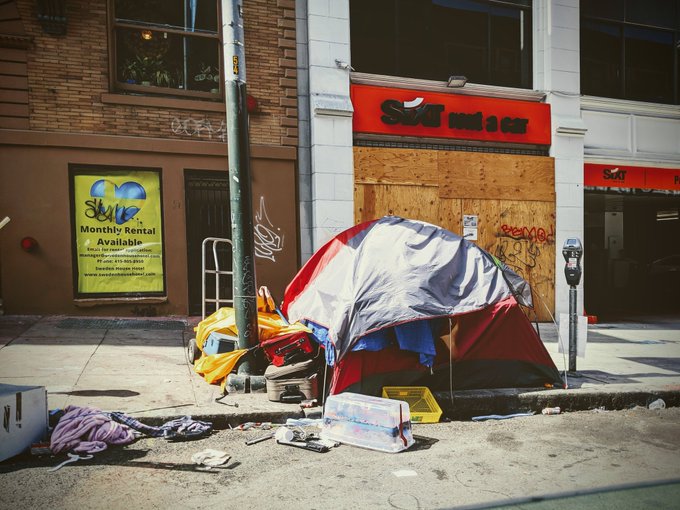 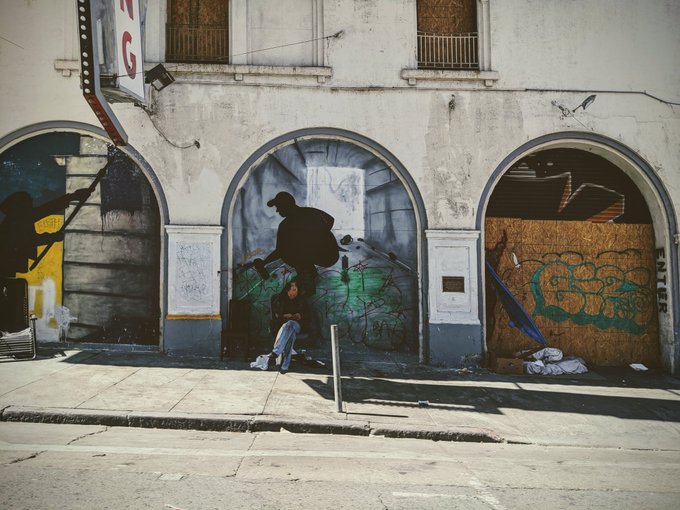 This blows my mind because I have wealthy cousins who CHOOSE to live in San Francisco. And yes, they're all-in on VirusRegime--are you surprised?

Gold Member
Listen up, you shitlords.

Those junkies and drug dealers and machete wielding psychopaths are all well-disguised White Supremacist larpers attempting to destroy the otherwise peaceful and prosperous image of these utopian Left wing cities.

Orthodox Inquirer
Gold Member
The Dems are trying to bring in a wealth tax in California:

A group of state lawmakers on Thursday proposed a first-in-the-nation state wealth tax that would hit about 30,400 California residents and raise an estimated $7.5 billion for the general fund.

The tax rate would be 0.4% of net worth, excluding directly held real estate, that exceeds $30 million for single and joint filers and $15 million for married filing separately.

California is facing a big budget deficit because of the health and economic crisis brought on by the coronavirus, and “we can’t simply rely on austerity measures,” to close it, said Rob Bonta, D-Oakland, lead author of AB2088. “We must consider revenue generation.”


He admitted that the union-sponsored bill will not be heard before the Legislature adjourns Aug. 31, but “it can be reintroduced on day one of the next session.”

Bonta said he would like to see a wealth tax passed in addition to the “millionaires tax” proposed in a bill introduced in late July. AB1253 would add surcharges of 1% to incomes (joint or single) between roughly $1 million and $2 million, 3% on income between $2 million and $5 million, and 3.5% on income greater than $5 million, bringing the top rate to 16.8%. California’s top rate today, at 13.3%, is already the highest in the nation.
Click to expand...

The most noted facet is they want to tax anyone who tried to avoid it by moving state, or just happens to move state,

Knowing about the huge outbound migration from California, Cavuto asked what would happen to wealthy people who move out of state. Bonta said tax “avoidance” would not be allowed as California would tax them for the next ten years, despite what state they live in. Bonta said that because they accrued the wealth in California, the state can continue to legally tax it.

“Tax avoidance,” with the primary purpose of reducing the valuation of a taxpayer’s worldwide net worth is required to be disregarded. “The bill authorizes the Franchise Tax Board to adopt regulations necessary to carry out these new statutory provisions including the valuation of certain assets that are not publicly traded,” Micheli said.

“AB 3088 requires the FTB to adopt regulation designed to prevent the avoidance or evasion of the wealth tax.”

Conversely, a billionaire who moves to California but acquired their wealth in another state, will still have to pay the proposed wealth tax for ten years.
Click to expand...

Hotel California is real except its your money that never leaves.

Wanna bet that the wealthy won't find a way to not pay this wealth tax? Do you really think Feinstein, Newsome, Pelosi, etc are going to pay this? 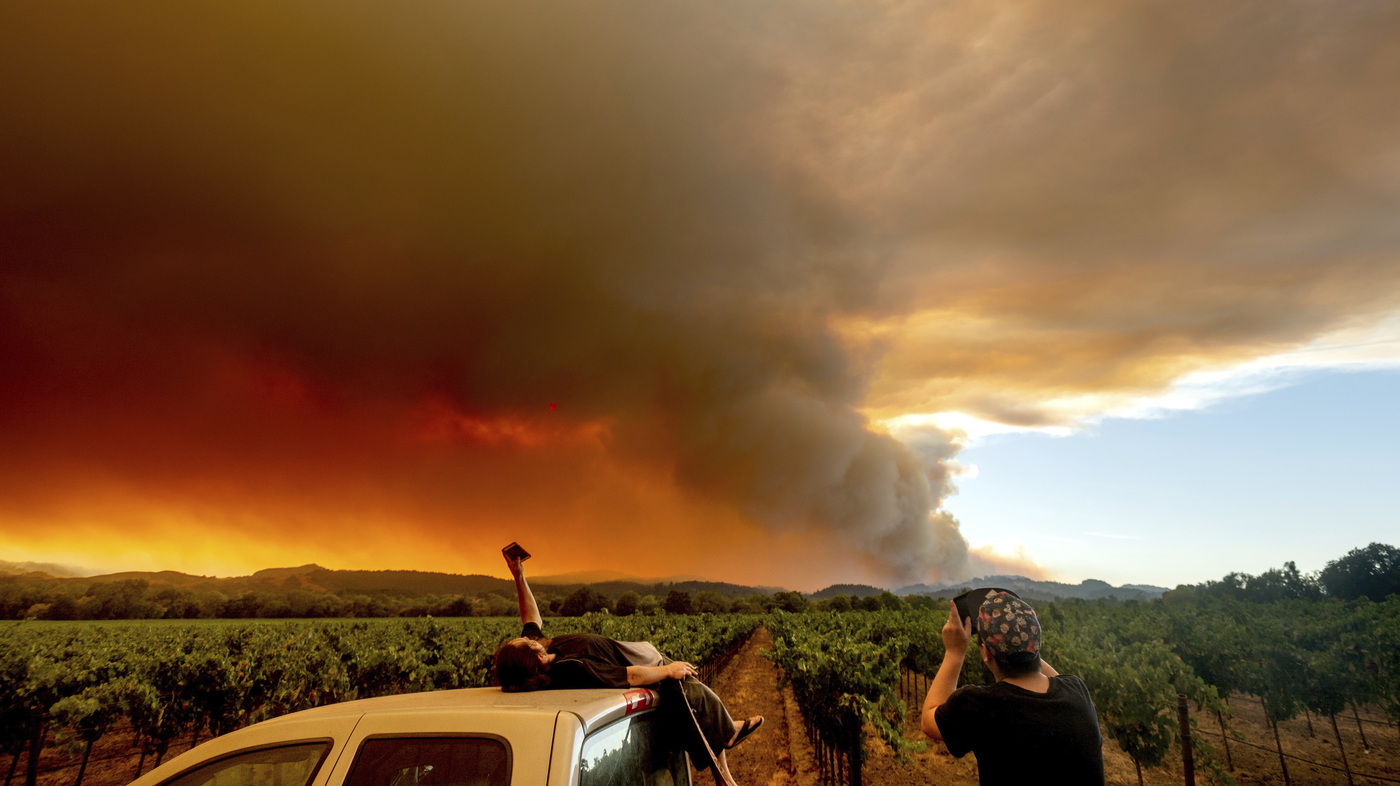 As Wildfires Continue To Spread In California, Its Governor Seeks Outside Help

Gov. Gavin Newsom says an area the size of Rhode Island is now ablaze in his state. He's looking for help from other states and the federal government.