Red flag warnings are in effect for much of Northern California through Tuesday.

Homesick California refugees continue to spread their indigenous culture across America, such as lining up for In-N-Out Burgers in Colorado and rooting for the LA Dodgers at the recent World Series held in Dallas-Fort Worth. By the way, In-N-Out Burgers are fine, but don\'t wait 12 hours in line...
www.unz.com

Homesick California refugees continue to spread their indigenous culture across America, such as lining up for In-N-Out Burgers in Colorado and rooting for the LA Dodgers at the recent World Series held in Dallas-Fort Worth. By the way, In-N-Out Burgers are fine, but don\'t wait 12 hours in line...
www.unz.com
Click to expand...

What the hell is wrong with these people?! Get a life!

Gold Member
^Kind of like Popeyes but without the street violence.

This is insane. I signed the petition in June. How hard is it to get the required number of signatures? If you simply mailed the petitions to everyone who voted for the other guy in 2018, it would put you at over twice the necessary number.

Watch, something will go wrong with the recall or the person who started the recall, invalidating it. Just like Whitmer in Michigan.

The state revealed before the pandemic more than 8% of all jobless claims paid between 2016 to 2019 went to scammers.

The Sacramento City Council took a step Tuesday toward becoming one of the first cities in the country to eliminate traditional single-family zoning.

The change, for which the council unanimously signaled support, would allow houses across the city to contain up to four dwelling units. City officials said the proposal would help the city alleviate its housing crisis, as well as achieve equity goals, by making neighborhoods with high-performing schools, pristine parks and other amenities accessible for families who cannot afford the rising price tags to buy homes there.
Click to expand...

...but this is the same state that has no issue manufacturing actual weapons of war... 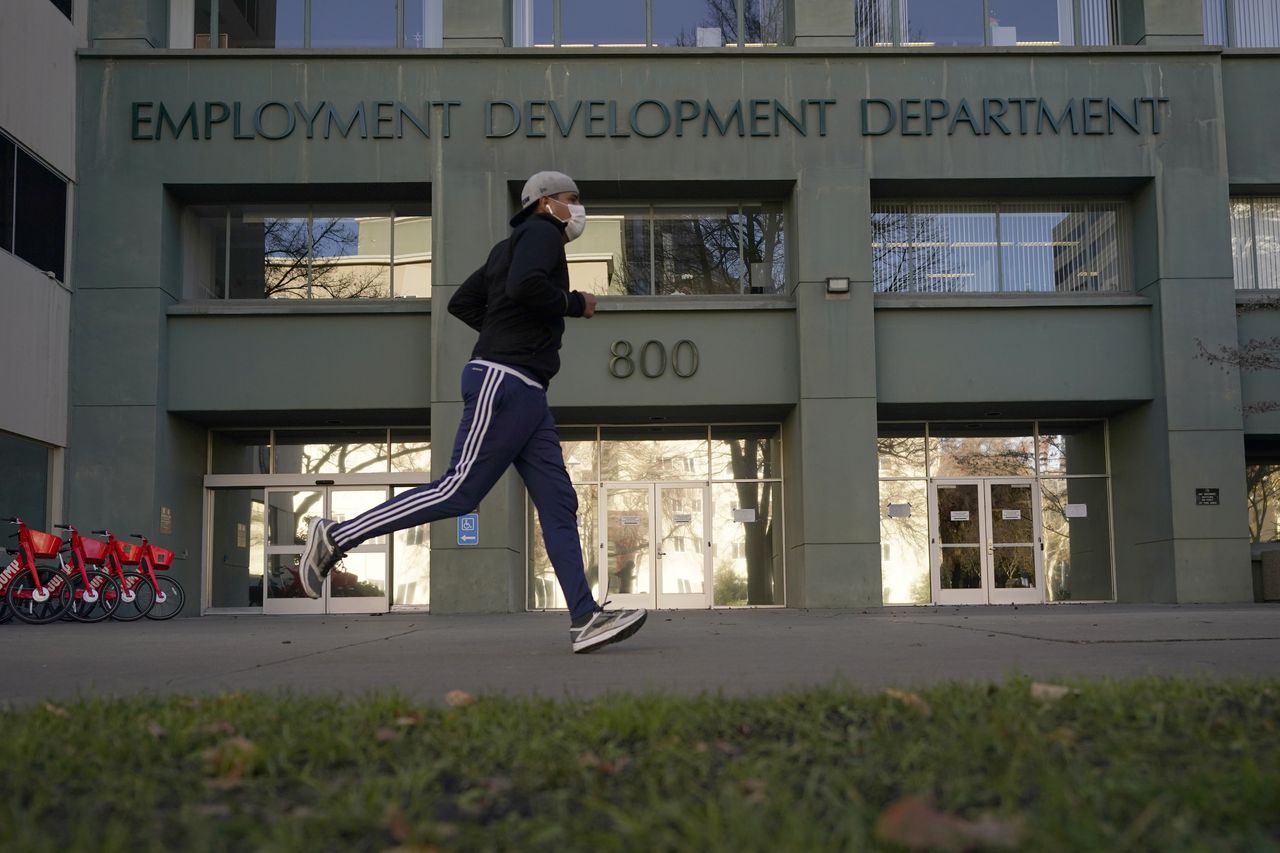 So approximately 5% of the total of this coming years budget was lost to fraud. And that's only the confirmed fraud.

So approximately 5% of the total of this coming years budget was lost to fraud. And that's only the confirmed fraud.
Click to expand...

Orthodox
In N Out is pretty good, but I won't even wait 15 minutes for it. If I see a long line, I just keep driving.

California Assembly Bill 655 would require police departments to investigate whether not potential cops had “engaged in membership in a hate group, participation in hate group activities, or public expressions of hate.” It would make such activities “grounds for termination.”

When Americans think of a “hate group,” many minds would conjure up a domestic terrorist group motivated by racial animus like the Ku Klux Klan. Yet some transgender activists and organizations like the Southern Poverty Law Center (SPLC) use the term “hate group” as an epithet to demonize their political and ideological opposition. The SPLC has become notorious for branding mainstream conservative and Christian groups as “hate groups” because they advocate against same-sex marriage or transgender activism.

Assembly Member Ash Kalra, the author of A.B. 655, told PJ Media that he does not intend his bill to “curtail freedom of religious views or political affiliations — conservative or otherwise.” He acknowledged that the bill’s “definitions are a work in progress.” If so, he should seriously reconsider the definition of “hate group.”

A.B. 655 defines a “hate group” as “an organization that, based upon its official statements or principles, the statements of its leaders, or its activities, supports, advocates for, or practices the denial of constitutional rights of, the genocide of, or violence towards, any group of persons based upon race, ethnicity, nationality, religion, gender, gender identity, sexual orientation, or disability.”

That definition seems reasonable, but it can easily encompass mainstream conservative Christian organizations like Alliance Defending Freedom (ADF). ADF opposes the Orwellian redefinition of civil rights laws to kowtow to transgender activism. In Bostock v. Clayton County (2020), the Supreme Court ruled that when Congress outlawed “discrimination on the basis of sex” in the 1960s, that law also applies to discrimination on the basis of sexual orientation and gender identity today.

As Justice Samuel Alito warned in his dissent, the Bostock ruling creates serious threats to religious freedom, free speech, fair play in women’s sports, women’s privacy, and women’s safety, among other things. There are serious problems with the logic Supreme Court Justice Neil Gorsuch used to reach his decision in Bostock, and the decision arguably should be overruled.

According to Bostock, organizations like ADF that advocate against transgender activism may fit A.B. 655’s definition of a “hate group.”

Furthermore, pro-life organizations arguably fit the definition, as they seek to deny women the “constitutional right” to abortion established in Roe v. Wade (1973).

“Are the many conservative organizations pejoratively labeled ‘hate groups’ by the discredited Southern Poverty Law Center—because they oppose radical LGBTQ ideology—actual ‘hate groups’ within the meaning of this legislation?” McReynolds asked. “Is the Catholic Church a ‘hate group’ because it advocates for the sanctity of life and thereby rejects the constitutional rights of women to obtain abortion?”

“Are the thousands of churches in California which voiced support for Proposition 8, the traditional definition of marriage, ‘hate groups’ because they opposed LGBTQ constitutional rights to marry?” McReynolds added. “Are the careers of Muslim officers in jeopardy if the mosque where they offer prayers has ever spoken out against homosexuality or gender equality? Is the Republican Party a ‘hate group’ because it does not endorse gender identity as a constitutional right?”

“If it is not the author’s intent to exclude from law enforcement the millions of Californians who identify as Catholic or conservative evangelical or Republican, this Bill must be substantially rewritten to communicate a very different intent than what currently inheres from its language,” McReynolds argued.

He even noted that “the definitions are so broad that even someone who does not adopt all of the organization’s views—such as a pro-choice Catholic—would still be excluded because the Bill targets mere membership in the banal organization. Worse, AB 655 would exclude past members or associates of such groups, regardless of how much time has passed since that association.”

Kalra, the author of the legislation, denied any attempt to target conservatives or Republicans in the bill.

“I believe the simple requirement of conducting thorough background checks of law enforcement officers is critically needed and that the measure is a step in the right direction. Extremism, racism, and animus have no place among our law enforcement agencies and only contributes to the erosion of public confidence in the legitimacy and fairness of our justice system,” Kalra told PJ Media.

“This bill is in no way intended to curtail freedom of religious views or political affiliations—conservative or otherwise,” he insisted. “The CLEAR Act was drafted in a way that recognizes there can be nuances in a person’s affiliation with a ‘hate group’ and the legislation is not meant to identify specific groups, but rather focus on actions and behavior that perpetuate animus and violence. These definitions are a work in progress, and I am committed to providing greater clarity. I welcome discussions and debate on how best to do so.”

Given California’s political bent, it stands to reason that many of the state’s police departments might interpret “hate group” along lines similar to the SPLC and that Gov. Gavin Newsom (D-Calif.) or other governors might direct them to do so.

Regardless of Kalra’s intentions, A.B. 655 does threaten to make it impossible for many conservative Christians to join California police departments. If this truly is an oversight, he should amend the legislation to correct it.
Click to expand... 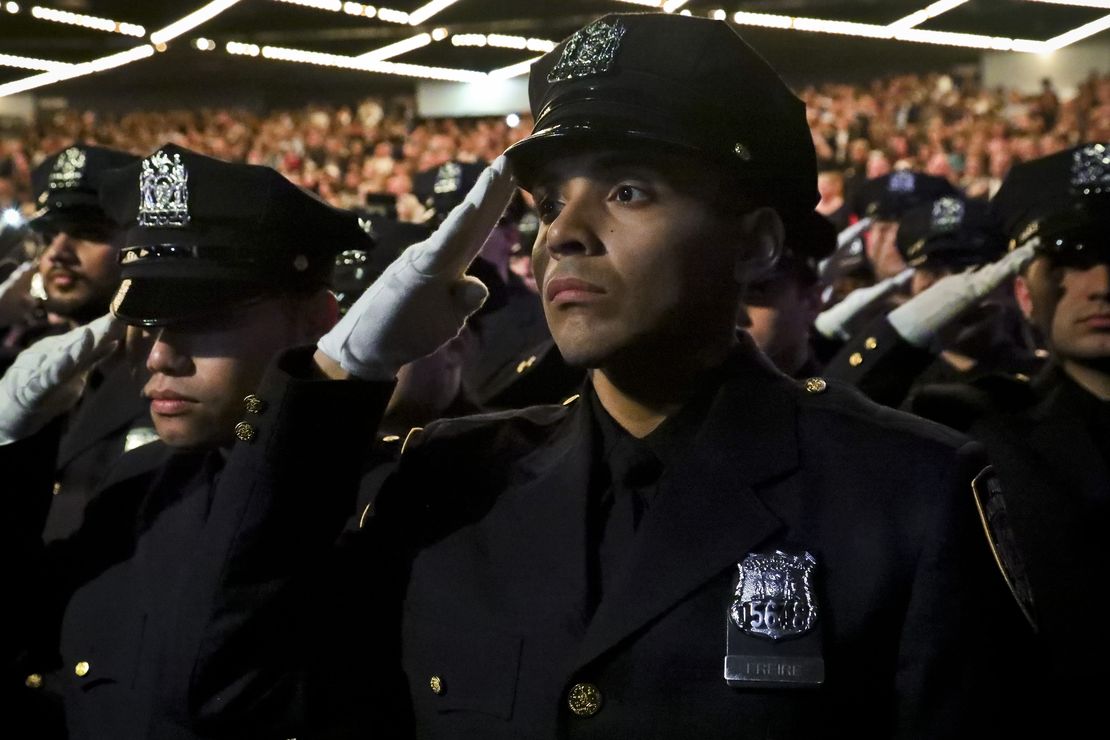 A new California bill may exclude conservative Christians from police departments in the name of fighting "hate."