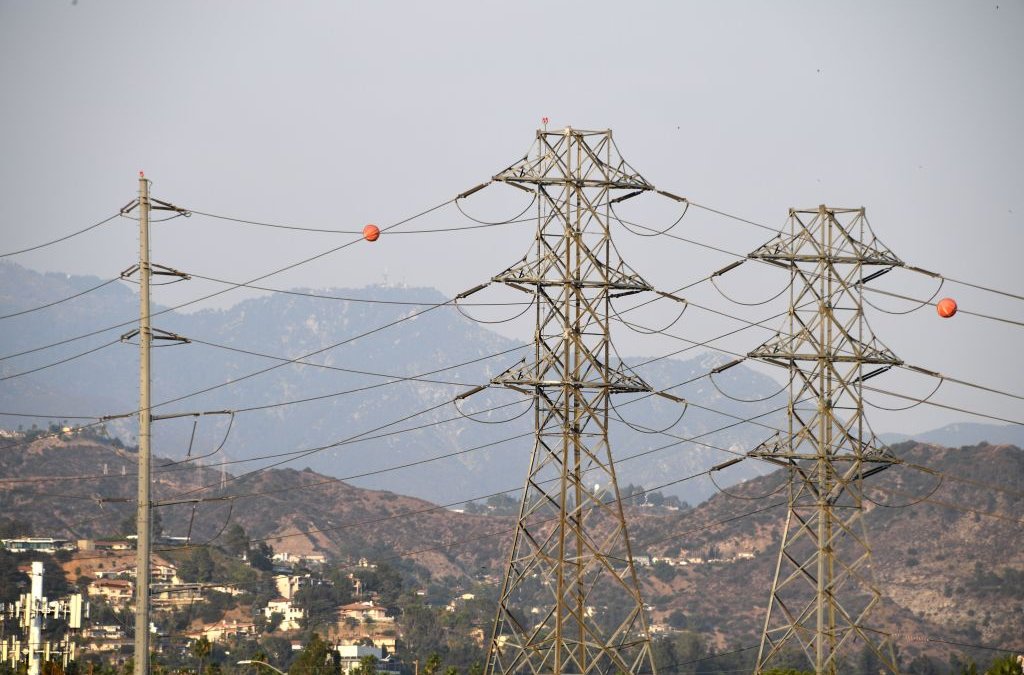 California residents are asked to cut down their energy use as the state-wide power grid is under strenuous conditions from excessive heat and the growing wildfire in Oregon.

MartyMcFly said:
I didn't mean that Mexico is better today. I just meant long-term, I would not be surprised if Mexico becomes better than California. Yes, I was biased but to be fair, I did choose California's most important city (LA) for the photos. I could also find similar photos in San Francisco. First-world cities don't have massive tent cities in their downtowns or at their popular beaches. I visited Seoul, Busan, Taipei, and Singapore and didn't encounter such scenes. California cities are becoming more like a second-world cities in Latin America or S. Africa with its massive wealth-poor divide and high crime.

Remember that in 1950, Venezuela was ranked #4 in GDP per capita. Now, people from Venezuela are even willing to move to Columbia, Peru, and Brazil. California will likely head down a similar path (only with a better movie industry). Promise people free stuff and they will vote for you until you start to run out of other people's money. Yes, I am pointing out an extreme case. However, it is not good to be too confident and believe California will always be prosperous. Also, South Korea had a lower per capita income than Brazil and Malaysia in 1960. South Korea decided to get focused and improve themselves much more than Malaysia and Brazil did. If Mexico decides to act more like S. Korea, it will probably pass California in 20-30 years.

These charts give context on today's crisis in Venezuela from a historical perspective, showing how the country fell from being one of the world's richest. 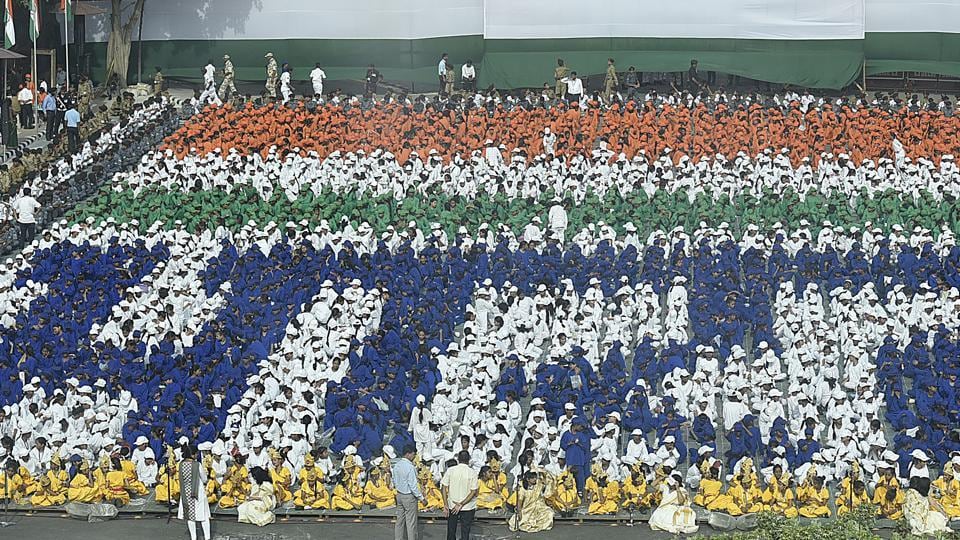 India at 70: A comparison of progress with Pakistan and 4 other nations

On the eve of independence day, here’s a comparison of progress India has made in improving income, health, education, and in preserving its forests, to five countries–China, Pakistan, Malaysia, South Korea and Brazil.

I think "less bad" might be a way to describe parts of Mexico in the future over parts of California, but this isn't obvious to me. No way I see Mexico passing California economically ever, short of nuclear destruction or war. California's GSP (Gross State Product) is over $3 trillion, triple the GDP of Mexico and even double that of South Korea, Mexicans will never "act more like S. Korea" because they are Mexicans. Mexico has a relatively homogenous, Spanish-speaking population going for it but they aren't civilization-builders and most of their leaders are as corrupt as ours, they just don't have superpower resources.

The worse the metro areas get in California the more I think whites will either leave the state, migrate to more rural, white areas or move to better suburbs/gated communities (same goes for other affluent minorities). As long as California has advantages in tech and is a major world agricultural producer, it will be a top-10 economy. Because of the great climate, proximity to the ocean, beautiful geography, access to a cornucopia of fresh foods, availability of jobs from high tech down to manual labor and lots of money sloshing around in between, people will want to be here. Outside of the "vibrant" downtowns, you don't have to deal with homelessness and crime much. What grates on you more is that most of the people you see are not white, at least the Indians and Asians are not violent, just highly tribalistic. The quality of life has suffered dramatically in the past few decades, but its so far beyond many other developed places in the world that it will continue to be a destination. I hate the psychotic leftism and the damage it has done, but i've also seen how hard people have it in more rural and impoverished areas or other countries. California is a big state so it's hard to generalize but these are my observations based on living in Silicon Valley.
Last edited: September 23, 2021

Protestant
San Francisco finally realizes that it needs to protect its tax base.

Of course, the media clowns around by tacking a random picture on to the story.

Garuda said:
San Francisco finally realizes that it needs to protect its tax base.

Of course, the media clowns around by tacking a random picture on to the story.
Click to expand...

Of course the article pictures a white blonde guy with his blonde daughter just browsing clothes; most of the shoplifters are black and other minorities. Dozens of videos of this stuff is out there, they could have screen grabbed any one of the actual shoplifting in progress.

PolishCalifornian said:
Of course the article pictures a white blonde guy with his blonde daughter just browsing clothes; most of the shoplifters are black and other minorities. Dozens of videos of this stuff is out there, they could have screen grabbed any one of the actual shoplifting in progress.
Click to expand...

It's both hilarious and infuriating. I really wish there were some way to know what percentage of people see the blond hair in this picture attached to this story and think "clown world." If I could just know that, it would give me a much better idea how much hope I should be putting in things ever getting better in a temporal sense in my lifetime.

Orthodox Inquirer
Does anyone think it is suspicious that this forced PGE blackout occurred one week before Event 201, which of course was the simulation event for the current corona war against the population?

I remember at the time this was announced by PGE back in 2019, I was incredibly suspicious as to its intent and didn't believe the cover story excuse. I didn't read this entire thread, just the first few pages so not sure if anyone made the connection.

Seems like Newsom declared "white supremacy" and "genders" as another state of emergency.

Catholic
It will take some time to leave, but I am already making a packing list.

Protestant
Newsom wasn't done as he just banned all small gas engines. I don't see how electric chainsaws will be as effective in fire fighting situations.

Garuda said:
Newsom wasn't done as he just banned all small gas engines. I don't see how electric chainsaws will be as effective in fire fighting situations.

Garuda said:
Newsom wasn't done as he just banned all small gas engines. I don't see how electric chainsaws will be as effective in fire fighting situations.

Banning generators is even worse.

Protestant
A thread of SF Walgreens stories made to counter an article by the SF Chronicle that theft did not contribute to the stores' closing.

Someone should tell her that this would only make things worse.

Orthodox
I've got this weird theory that I'm entertaining but due to the fact that I'm extremely busy and can't do as much research as I used to when I was unemployed or have the time to I was wondering if one of the biggest motivations for the degenerate cultural left and kikes was to destroy any semblance of Christianity that still existed in California and I'm not too knowledgeable about St Francis but anything that simulator has anything to do with Christianity or white culture seems to get destroyed in the process. Look at Minneapolis St Paul two cities in a Midwest state that are just getting absolutely destroyed by woke politics. At one point it was a very strong bastard for Catholicism and the traditional tenents of it.. now more Muslim somalis are being forced to be taken in into those two cities and you can see any bit of conservatism that's left in those cities essentially be evaporated... What are your guys thoughts on this do you think that San Francisco AKA St Francis the city in California is getting ravaged by cultural policies to destroy it to make an example to us that are a little more red pill aware of Christ centered aware see the destruction thereof?

Protestant
Seems like the 10 plague of Egypt. But native to the Californian Ecosystem: