The Calm Before the Storm (CBTS): The Q Thread

ChicagoFire said:
^^ Nothing. Our resident disinformation agent Truth Tiger appears to be suspended probably for mouthing off some of the posters. It's not too late to add him to the ignore list since he wants to keep posting nonsense on the Trump thread.

"Bannon has said Don Jr may have introduced his father to Russian operatives. The whole game is the hall of mirrors. Bannon seemed genuine, and yet he was an ex-intelligence officer in exactly the right place when Andrew Breitbart was struck down, able to take over all of Breitbart. And now it looks like Trump got him out, and he may be helping push the Russia narrative. No idea what it all ends up meaning."

AC does good work but sometimes I wonder about him, yes even though he pushes the Q stuff. Is Bannon good or bad?
Click to expand...

At the end of the day it's all limp-dick punditry. All of it.

The only relevant voices are the ones publishing materials that provide avenues for us to all do what always fell to us and always will.

Nothing is going to change from the top. It was a hell of a LARP but it's time to come back to reality. What society would we be left with if we let distant strangers do all the heavy lifting? Our nations are rotten on an individual level, and you can't fix that with a few sealed warrants.

WARNING - Not Too Kind to Q stuff - actually aggravated he had to update/rewrite many of his algorithms to eliminate all the Deep State Q clutter/crap/garbage disinformation he has to filter out to get to USEFUL actionable intelligence and research.

Takeaways: BTC Trades down to Low 1215.2 late summer 2019 then Panic Buying of BTC etc due to Major Gov (EU?Zone) Collapse. 2018/19 Harsh/Brutal Winter -2019/2020 Deadly Fatal Winter... Blockchain Going Corporate - Fiat Currency "Dieing" based up the Language in the Global Anglo Web Crowd filtered by his AI Webbot Technology... Of course, his rather unorthodox Disclaimer is since he is a Lunatic you would be an Idiot to trade on this and the only thing worse is the Bat Shit Crazy MSM idiots continuing to go off the Rails - Will release next report when his Temporal Markers - a dozen or so confirm in Jan/Feb 2019...

The images are screenscraped from his Chart 1 and Chart 2 in his 5Dec2018 video...

Anonymous Conservative mentioned this but I couldn't find any sources beyond this. Maybe the MSM is so afraid they don't want to publish their own death warrant (sarcasm)? While I was looking around I did see another site that suggested Nuremberg style tribunals months ago. Just in case you don't catch my drift we're past overdue with this CBTS demoralization nonsense. I'm not reading AC anymore if he keeps up with this BS.

(c) A sentence of death may be adjudged by a court-martial for an offense under this section (article) only if the members unanimously find, beyond a reasonable doubt, one or more of the following aggravating factors:

(1) The accused has been convicted of an- other offense involving espionage or treason for which either a sentence of death or imprisonment for life was authorized by statute.

(2) In the commission of the offense, the accused knowingly created a grave risk of substantial damage to the national security.

(3) In the commission of the offense, the accused knowingly created a grave risk of death to another person.

Banned
^^^
More laughable stuff.
The section above is a part of a revision of the Uniform Code of Military Justice, which was passed by Congress and is further activated by Executive Order, as it is also a military order of the Commander in Chief.
It's nothing new, death penalty was a part of the UCMJ for espionage since its beginning.
Not applicable to civilians anyways.

Other Christian
Gold Member
None of us outside the various inner circles have all the information required to make clear assessments of what is going on.
Yet the more time passes, the more "Qurious" matters become... 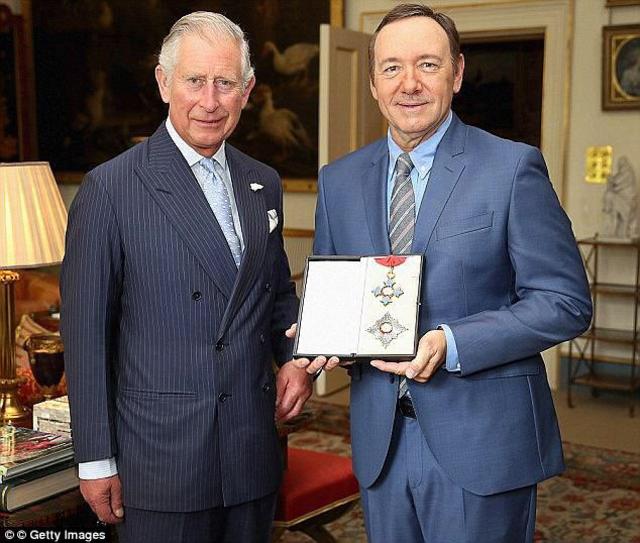 A couple days ago I was talking to someone at Costco how there's a conspiracy that Costco is used as a government prepper base and the food there is sold at a discount because it's low quality. I notice everytime I purchase fruit days later some of the produce would get moldy. I obviously didn't mention the source where I learned about the conspiracy:

The person mentioned there was a movie that was made in 2012 called The Watch. Plotline revolves around aliens and how they were building a transmitter underneath a Costco.

Pretty strange stuff. Vault-Co claimed he stumbled upon the Costco tunnel in 2017. Maybe he watched the movie in 2012 and made up his story?

That's one of the more entertaining and interesting conspiracy theories I've heard.

There is one thing interesting I've always noticed about them which is that they always choose rather Bizarre locations that are easily accessible by highway but generally hard to to access as a commuter. Probably there's a logistical normal reasonable for it but I can also see how it would support that.


Do you have any additional details?
C

There is one thing interesting I've always noticed about them which is that they always choose rather Bizarre locations that are easily accessible by highway but generally hard to to access as a commuter. Probably there's a logistical normal reasonable for it but I can also see how it would support that.

Do you have any additional details?
Click to expand...

The Costco conspiracy theory is entertaining. Just to double check everything I search engine researched the theory and only AC's site pops up. Not to get too off topic my hands down favorite conspiracy theory is that Mattress Firm is a money laundering operation because they have multiple locations in small packets of areas. It kind of does make sense.

If you want more details:

UPDATE: Meant to include this in the original post. CostCo often locates their stores near natural caverns, abandoned subways and deep infrastructure tunnels. Anywhere in the world you go, you will notice this "coincidence." It is almost like it is a checkbox on their construction list before they break any ground.
Click to expand...

Besides this, I've reread the Costco posts. AC is hit or miss sometimes I just think the general idea is possibly spot on. Then he posts goofy things like this:

But if you have a Costco there, you can have people in plainclothes walking around all day through the parking lot and nobody will ever look at them twice. Toss on a Costco vest,
Click to expand...

How Q is all connected to the SuperBowl....OF COURSE!!!

Somebody on Q’s board noted this years Superbowl will be fought between the Patriots, and the Goat-heads. And the Goat-heads won off a totally missed penalty call. If the ref had had any sort of awareness of what was going on, he should have called pass interference, and the Rams would have lost. As Q says, how many times can it be a coincidence? Is everything controlled? Could those refs be in the network, and have been given orders to let the Rams win? Could Trump and Q be taking out the middle managers and replacing them with their own, thereby taking over the network and making the control obvious, to alert everyone to what has been going on all along?
Click to expand...

At the heart of it all I'm just curious as to why Vault-Co got wiped off the internet. Was it because of the Costco story? Was his story a ripoff of the movie The Watch? Did his Melonhead posts trigger someone? Was he about to blow something big? Nobody on this forum seems to know.

The thing to look for would be to monitor a new Costco and see if there's any unusually large amounts of dirt being taken out.
T

Does anyone take this shit seriously anymore?
E

Not since Sessions departed...
C

Haha. Well to be fair I did see a boomer wearing a Q anon shirt a couple months ago at the airport.

I remember when there were silent Jeff theories that Jeff was going to crush the Clintons, Obamas, and other assorted deep state scum.

It's more effective to work on your own life and not rely on an anonymous figure on the internet that claims we'll all be saved.
Z

Yes, mass arrests any day now guys. I'm on the edge of my seat.

Joking aside, I'm glad that most guys here saw it for what it was after Sessions left.

On a related note, AC is well...pretty biased in favor of the crazy but he dug up some publicly available information that's odd.

The companies he cites are smaller than he thinks they are.

From a financial analyst perspective, it is VERY unusual to see companies like the one which have perfectly flat revenue from quarter to quarter. It's even more unusual to see it jump from one nice, round, number directly down to another nice, round number. You don't get that kind of pattern unless Their revenue is coming from either a small number of contracts or a single government contract that gets downsized or not renewed.
C

If anybody watches the upcoming grammys or follows this Renegade Hollywood Anon bullshit please let the forum know if Renegade wore green socks. I'm sure the pedos that killed Michael Jackson will confess their sins to the world and repent to Jesus. Kapeesh?

ChicagoFire said:
If anybody watches the upcoming grammys or follows this Renegade Hollywood Anon bullshit please let the forum know if Renegade wore green socks. I'm sure the pedos that killed Michael Jackson will confess their sins to the world and repent to Jesus. Kapeesh?
Click to expand...

Lets see if he shows up and survives the night, I check the gab or chans for updates on Renegade.

Other Christian
Gold Member
Q has been quite active in the past few days.
Although, it is essentially more of the same.

Al Matthews fits the Hollywood Anon profile...and interestingly enough died pretty quickly after the Renegade posts. The posts were in July and he died in September. The cause of death does not appear to have ever been disclosed publicly which is rather unusual for a celebrity death.

At this stage it would actually be MORE harmful to Trump if Q were to be proven true.

Think about it...if Q really is part of Trump's inner circle, then simple fact that NONE of Q's promises of mass arrests of the satanists have come true, would be proof that Trump truly is incapabale of fighting the forces of evil or keeping any of his promises at all.