Muscovite said:
From ZeroHedge "CDC Director Redfield explicitly says he considers face masks to be a better safeguard against #COVID19 than even a potential vaccine." https://www.zerohedge.com/geopoliti...us-has-killed-121-american-youths-cdc-reveals

I've just finished watching an enlightening video by Robert Breaker about the virus, and masks in particular.

Youtube promoted that video to me too. Just be careful of the Algorithm. It looks fishy and heretical.

Muscovite said:
From ZeroHedge "CDC Director Redfield explicitly says he considers face masks to be a better safeguard against #COVID19 than even a potential vaccine." https://www.zerohedge.com/geopoliti...us-has-killed-121-american-youths-cdc-reveals

I've just finished watching an enlightening video by Robert Breaker about the virus, and masks in particular.

Masks dont have any effect. I would rate it somewhere near zero. I believe this because each state in the USA started using masks at different times, but looking at hospitalizations and deaths, it doesnt appear that anything happened after they were introduced.

This is MI, a large state with 10 million people, as an experiment. Can you see any difference in deaths after the mask mandate began? The mask mandate started in July, the big arrow. The pandemic, lots of people dying, stopped about 3 months before the mask mandate.

Thanks for the heads-up, seems the video already got kiked. Here's a mirror:
Basically, it's an elderly woman crying because she can't understand why she has to talk to her son behind a prison-style protective screen.

The past 12 hours of been a time of great inner anger for me. What these shitballs are doing is beyond reproach. These 'people' behind this farce are the most disgusting vile pieces of slime who have ever walked the face of this earth.
M

andy dufresne said:
The past 12 hours of been a time of great inner anger for me. What these shitballs are doing is beyond reproach. These 'people' behind this farce are the most disgusting vile pieces of slime who have ever walked the face of this earth.
Click to expand...

its right to have riotous anger in this situation
M

Up to 600 more women in Britain could die from breast cancer because of cancelled appointments during Covid-19 lockdown, study claims

This makes me so angry! 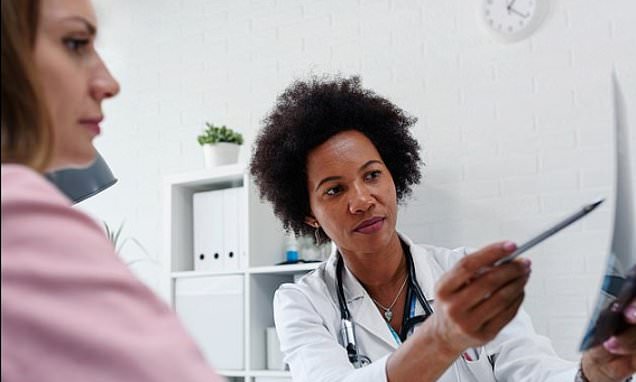 The research, by Dutch scientists, found that up to 2.35 extra women in every 100,000 are likely to die from breast cancer because the virus has disrupted screening programmes.

10,000 more cancer deaths in the United States predicted because of COVID-19 pandemic The COVID-19 pandemic may have an unexpected impact: A dramatic increase in cancer deaths

It’s almost as if actions have consequences. But hey, if it saved just one life from the killer virus...
H

The COVID-19 pandemic may have an unexpected impact: A dramatic increase in cancer deaths

Empty hospitals are much too busy collecting covid death money and laying off staff to actually help people who are truly sick.

I was already skeptical of doctors before this disaster; operating a turn-style practice; scheduling any and all procedures to collect money; pushing heroin (er, opiates) to the point of an epidemic to collect kickbacks; It's grown tenfold.
M

COVID-19 has fueled more than 2,000 rumors and conspiracy theories 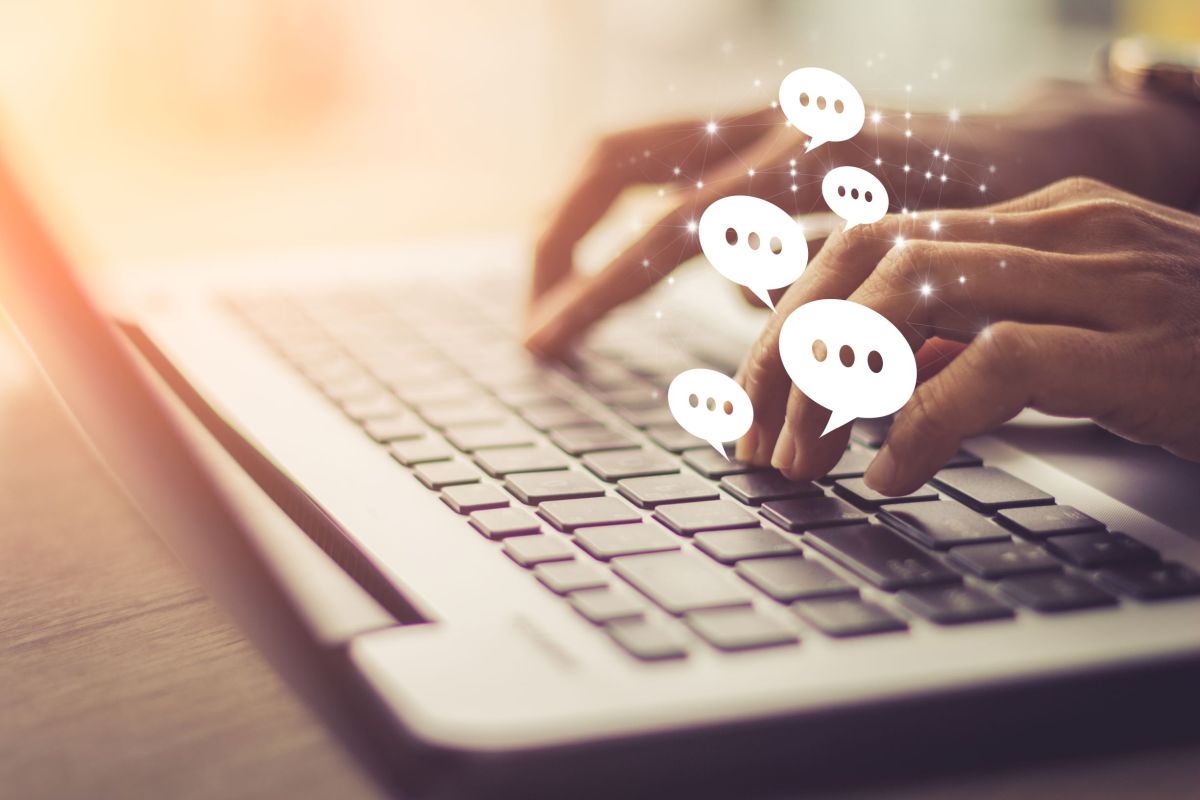 COVID-19 has fueled more than 2,000 rumors and conspiracy theories

Such false information can have serious consequences — these rumors were linked to thousands of hospitalizations and hundreds of deaths.

At least one million dead: How Covid-19 tore us apart

Richard Rose was only 37 years-old.

"Using official data on COVID-19 from different nations, the IHME projected the global impact of the pandemic under several scenarios. The researchers estimate that, if current trends continue, by next January the total number of deaths will reach 2.5 million, a figure that could be cut to 1.8 million if every country adopts universal mask-wearing. Their models suggest that if at least 95% of the population starts wearing a mask within 7 days, the average number of daily deaths expected by January could drop from the current projection of almost 33,300 to around 17,450.

But, under different conditions, the situation could worsen. If governments lift precautions such as social distancing and restrictions on gatherings, the death toll could climb further, reaching 3.3 million by January 2021, with around 72,700 people dying each day. “We are heading into a difficult time.” says Mokdad."

Florida and Mississippi I believe have both lifted their Coronavirus restrictions, so it should be extremely interesting to see how their infection and death rates compare to the rest of the nation, after a few month's time. 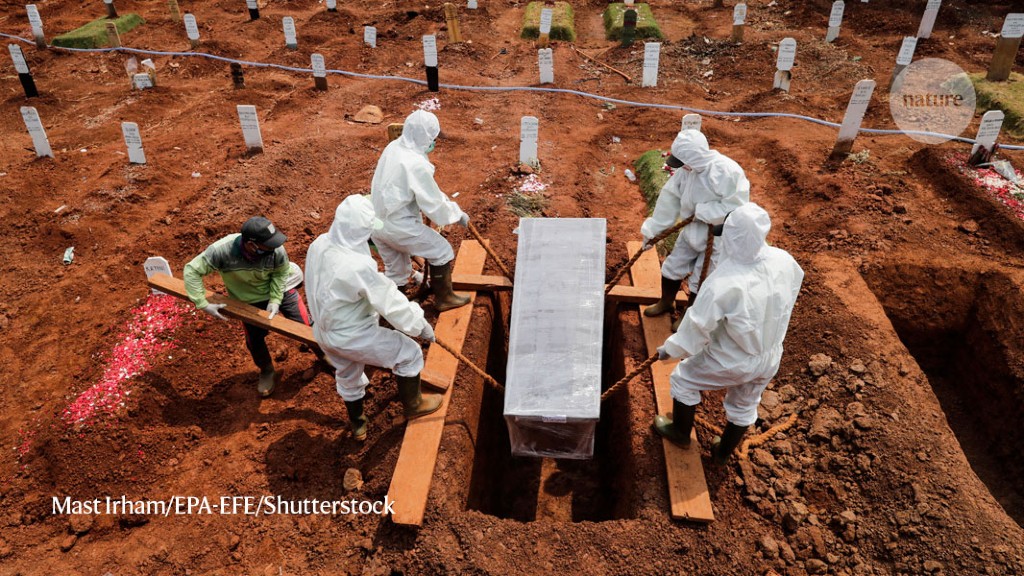 COVID has killed more than one million people. How many more will die?

Researchers warn that official figures underestimate the pandemic’s real death toll, which could more than triple if the virus is allowed to spread unchecked.

This touching article puts a human face on the statistics, and tells the stories of people who died from around the world... 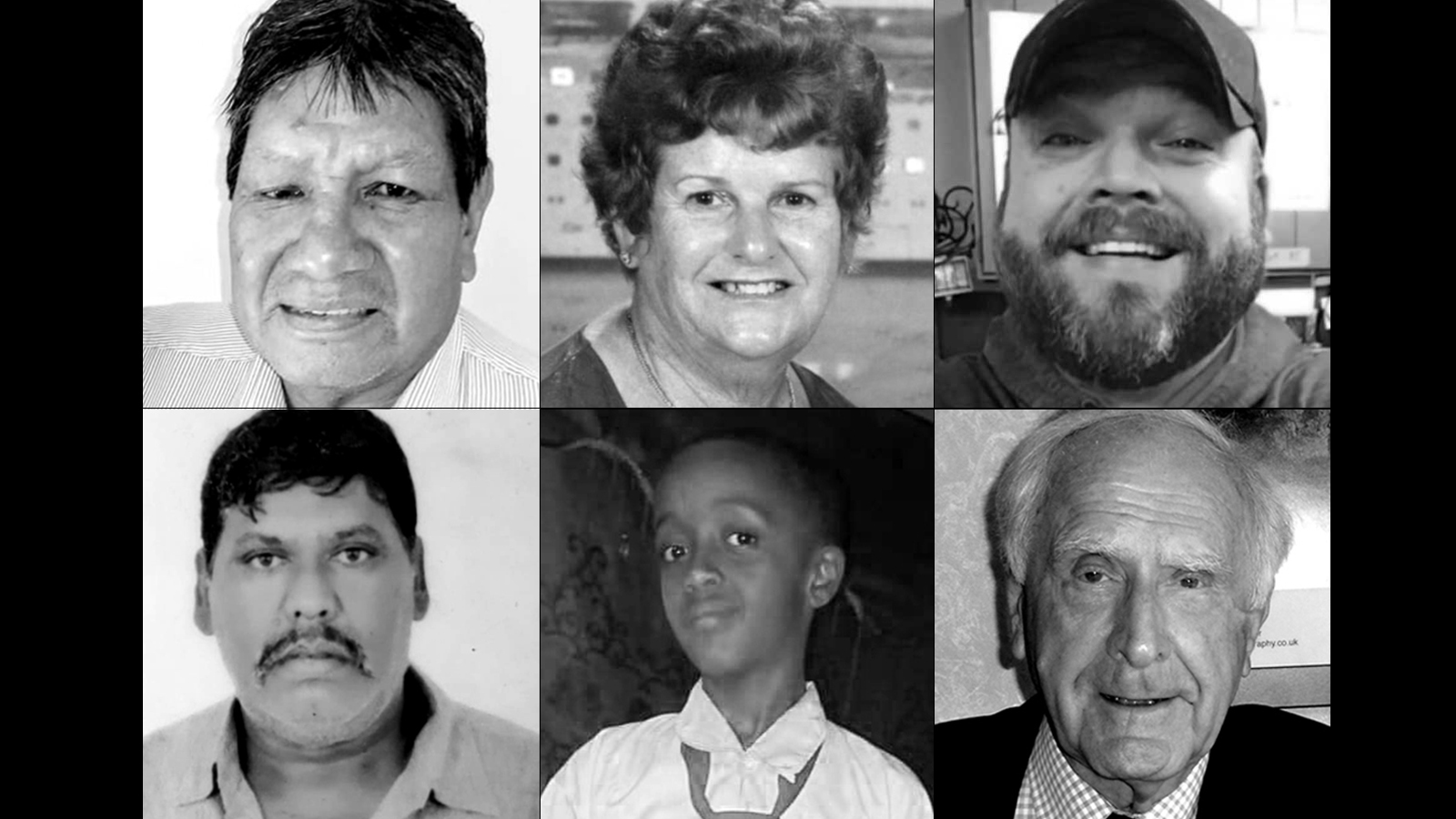 One million dead: How Covid-19 tore us apart

The coronavirus pandemic has exposed failures of governance, worsened healthcare inequality, and inflamed a long-waged war on the truth.

Trump has tested positive for coronavirus.

And Melania as well.

Supposedly it was some assistant who infected him.
E

Province of Quebec goes back into lockdown mode with Montreal, Quebec and one other region declared as "red zones". Police will be ticketing and using faster-access telewarrants to enter dwellings to check whether or not the persons within are residents and/or related.

It's "only" for 28 days - just like it was "only 14 days" back in March... there seems to be a bit more resistance and acceptance of the idea that it's all BS but it still seems to me it's majority that have bought into the "wear a mask / we're all in this together / if it saves just one life" thing.

Anyone living in three regions in the highest pandemic alert level — including the Montreal and Quebec City areas — face fines of $1,000 if they are caught gathering indoors with people from another household. The lockdown orders are in effect for at least 28 days.

Legault said if police suspect an illegal gathering they will be able to contact a judge and quickly obtain a warrant “that same evening.”

Legault announced earlier this week that Quebec will shut down bars, restaurants and most in-home gatherings in its two largest cities for 28 days amid a steady rise in COVID-19 cases and hospitalizations.

Beginning on Thursday, bars, restaurant dining rooms, concert halls, cinemas and museums in Montreal and Quebec City will close, and people cannot have any visitors at their homes from another address, with the exception of a caregiver or service provider.

People cannot gather outdoors with members outside their household, and anyone who attends a protest march must wear a mask. Those who don’t comply with a warning to disperse will be fined, Legault said.

“We cannot accept that a majority of people pay for the negligence of a minority,” he said. The province reported 838 new cases on Wednesday, as well as a 15-person increase in hospitalizations.
Click to expand...

The media are doing their best to maintain the fear, reporting 16 Covid deaths yesterday (1st Oct.). However the small print revealed that 14 of those were going back as far as July.
T