The crime wave in America 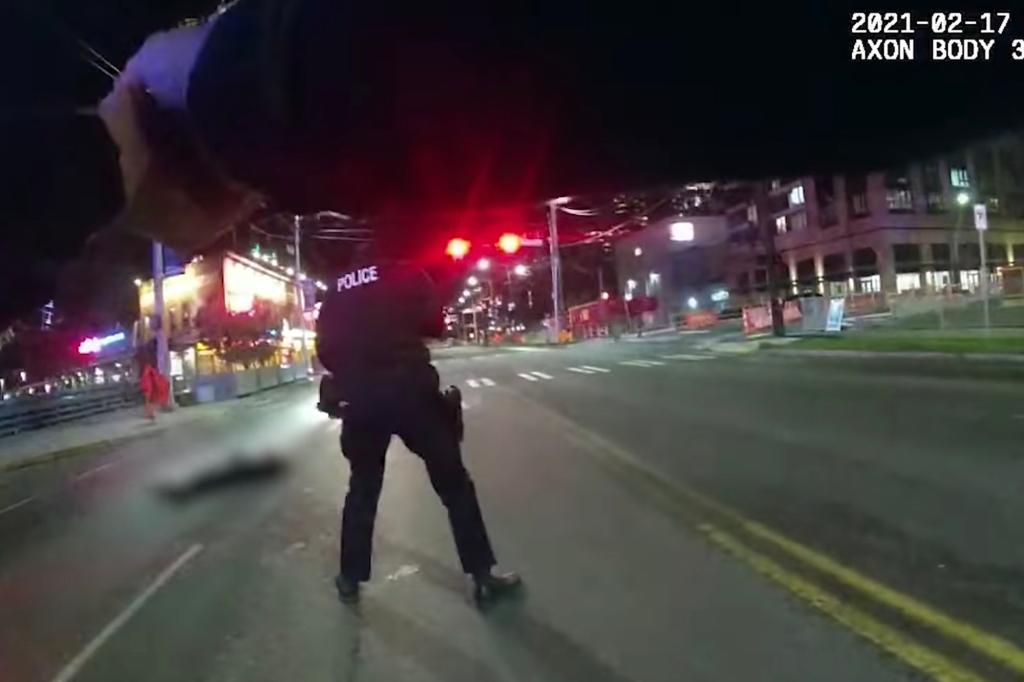 A Port of Seattle cop alerted the Seattle Police Department late Tuesday that a “suicidal subject” had a knife to his neck near the city’s waterfront, according to audio of the police call released…

Orthodox Inquirer
Gold Member
In many places in America Addison is committing a bigger crime than the BIPOC.

Things are happening. Just earlier today I took my dog out. Down by the end by the dumpster I observed two blacks, around late 30"s to early 40's by two cars, pretending to be working on them, hoods up. Noted them but did not pay that much attention. Mistake. One of them threw a rock at me, a good ways, it hit the metal doggie poo container, making a loud ping. Saw the rock that was not there just a second ago. I directed my gaze in their direction, they met my gaze and turned their backs and got into their cars. Pretty obvious, they wanted me to walk over and confront them, primitive ambush tactics. No, you will have to come to me and then I have reason to smoke your sorry asses. This is something that is growing. This is not an isolateted event, they are hard core pushing an anti white agenda. The law will not help you, you are on your own. Be prepared and pay attention at all times. I noted their vehicles and faces, I will know them again, perhaps late at night, alone.

Coja Petrus Uscan said:
In many places in America Addison is committing a bigger crime than the BIPOC.

My God that's a brilliant troll. Racial truth telling shielded by the veil of SJWism.

This meme is pure poetry.
However, once the chuckle subsides, you may come to find this is not the work of simple human leftists ineptitude.
This may possible be a finely crafted scheme of the devil.
Step 1: Defund the police = Defund white police
Step 2: Predictably, a massive rise in crime
Step 3: "Oops, we were so wrong, innocent, naive and gullible!" = "We had an agenda all along and pretended to have great intentions."
Step 4: Re-hire an all African, Muslim and Hispanic police force.

Asians and Indians, typically look up to and want to collaborate with Caucasians.
Their rate of hire will probably remain the same.

However, Africans and Muslims, by and large, statistically commit a tremendous amount of crime against Caucasians.
Hispanics not as much as the aforementioned groups, but still at a much higher rate than Asians and Indians.

This majority African and Muslim police force, will actually be racist.
The decisions they make in the line of duty will most definitely result in a lot of careless deaths, which the media will not report on whatsoever.

God willing, none of the above comes to pass and my instinct is incorrect. 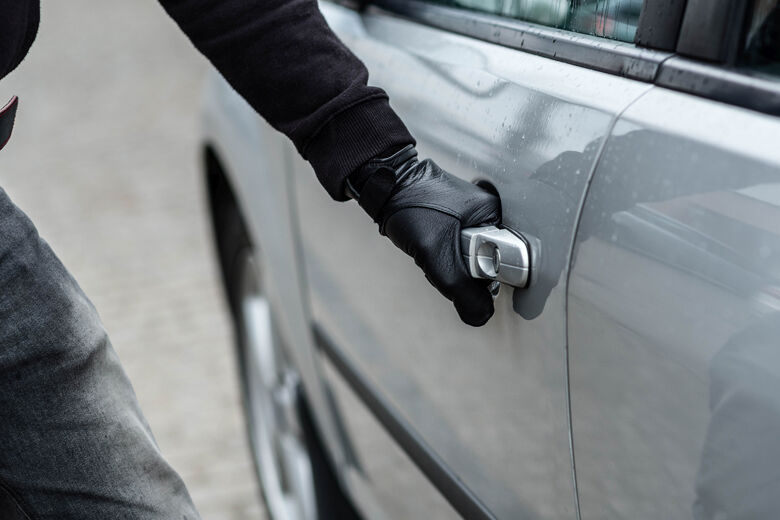 Police in Maryland and D.C. have seen a steady increase in carjackings since the pandemic began last year.

Apparently "teenagers" are responsible for many of these carjackings. I wonder which group of "teens" has a propensity to commit these sort of crimes when not otherwise occupied with "after-school activities or sports to participate in"

"Presenting handguns"...and I'm sure those suspects all have HQLs right? Maryland and DC's ultra-strict gun laws showing their effectiveness yet again.
Click to expand...

"Fairfax County, Virginia, though, has not seen the same rise in carjackings."

jgiordano said:
I had neighbors who kept throwing leaves over their fence into my yard. Warned them multiple times and finally had enough. I almost went over and confronted them but fortunately thought better and called the police. The police handled it and the problem stopped. If police don't intervene, problems like these can easily escalate as it did above. Lesson learned.
Click to expand...

In our part of the world, cops are lazy and they are quick to plead "that's a civil matter, we cant do anything about that". Of course it's not just that they are lazy but since it's so multi-ethnic around here, they also fear the neighbor complained of will have no idea what they're doing is wrong and are likely to get their backs up at someone telling them they can't do something. Plus can't communicate well. And maybe see it as their chance to "roast a pig" for the BLM movement. So cops just "stay away" from these sorts of things. Meanwhile the neighborhood keeps getting shittier and shittier.

So Gagas dog walker got some diversity in a well off neighbourhood.

Nobody leaves their residence to help him. It sums up those places rather well I think and the people who reside in them.
H


So Gagas dog walker got some diversity in a well off neighbourhood.

Nobody leaves their residence to help him. It sums up those places rather well I think and the people who reside in them.
Click to expand...

The only thing worse than being a victim of a drive-by diversification, is being captured on video screaming like a bitch throughout the whole encounter.

Then again, being a male personal assistant to some hollywood celebrity, this man was most likely very fabulous to begin with.
G

HoaxWhisperer said:
The only thing worse than being a victim of a drive-by diversification, is being captured on video screaming like a bitch throughout the whole encounter.

Then again, being a male personal assistant to some hollywood celebrity, this man was most likely very fabulous to begin with.
Click to expand...

Here is his fabulous mockery of Ash Wednesday last week. Complete with a neon cross that reminds me of the analysis on The Weakend's video on Vigilant Citizen. It's hard to feel bad for these people. I pity the dogs.

HoaxWhisperer said:
The only thing worse than being a victim of a drive-by diversification, is being captured on video screaming like a bitch throughout the whole encounter.

Then again, being a male personal assistant to some hollywood celebrity, this man was most likely very fabulous to begin with.
Click to expand...

Do I hear correctly Gaga's walker screaming "they stole two guns"? Did he have guns that he declined to use until he saw what the colored gentlemen wanted?
T

jollycynic said:
My God that's a brilliant troll. Racial truth telling shielded by the veil of SJWism
Click to expand...

After the tech oligarchs get finished with banning populist speech completely, that will be the only option for getting through the censors: High Irony.

Sharpen that rapier wit, boys!
B

Other Christian
On dog walking:

I worked in a big private company with a guy who flouted company clothing rules in order to wear outrageous kimonos, jewelry, flowers in his hair. He told me that in the year before he had daringly "come out" to management. I replied "they didn't know that you were gay?"
"No! I told them that... I'm not a man!"
"Oh, wait, So.. you're a woman?"
"I'm not a woman either!"
"So.. what are you then?"
"I don't know!"

That guy was constantly talking about how he was in danger of being attacked. Every encounter with strangers was described as
"I was scared because I thought I was about to be.. ATTACKED" (he spoke to staff in a launderette)
"...because you know, it was highly likely that they were going to ATTACK me.." (old ladies asks him for the time)
"my friend came running over because, you know, I was liable to be ATTACKED" (a couple asked him for directions.)

These people don't want to experience genuine emotion, that would threaten them. So displays of extreme and fake emotion are prized instead.

Every ounce of adversity, including losing an argument, is construed to be an ATTACK. No ATTACK is ever justified/ Rather it is evidence of some gross tyranny / patriarchy. Cue: rolling around on the floor, waving arms around and kicking legs in air.

Basically this class of person is an Aztec Prince who demands complete sacrifice from his subjects (who are all less evolved than him), no less.

Maybe if Lady Gagas dog walker had put his hands up and said in a normal range of voice - what do you want? and then complied.. because it doesn't seem likely he was equipped to either take flight and/or disable any aggressor... he would have survived the ordeal in one piece. Lady Gaga has insurance.

The stellar amounts of narcissism, delusion, vanity etc. that these people live in (which is an expression of their class-arrogance and snobbish attitude to the rest of the world) seem to prove both impractical and even dangerous when encountering said real world.

EDIT: Looks like the delusion has reached new expressions: Lady Gaga's Dog Walker 'Would Literally Lay Down His Life' for the Dogs He Cared For, Says Friend

" Ryan Fischer and says he "would literally lay down his life" for those in his care.

Fischer, who previously walked dogs in New York, moved to Los Angeles about four years ago to specifically to walk Gaga's canine pets, Dr. Fred Pescatore told Entertainment Tonight.
"[He was] incredibly close to them. Incredibly," Pescatore said of the 30-year-old's relationship with the dogs. "I mean, would do anything for them."

"It's just heartbreaking and I know he must've been absolutely trying to protect them," Pescatore, whose own dog had been walked by Fischer for seven years in N.Y., said. "He would literally lay down his life for any one of our dogs and I certainly hope that that was not the case this time."

Anyone watching that video believe that fabulous Dog Walker was prepared to risk his life for a couple of dogs?
Would that be remotely sensible?

These are nice and dramatic things to say but they don't seem to have any relation to what happens in the real world.
Last edited: February 25, 2021
A

Banned
It pains my heart to see that innocent man attacked blindly and shot in cold blood by criminal thugs. Then I remember he's a celebrity dog walker , which means he's a huge faggot and a shitlib that got the diversity he wanted. No sympathy.
M

Catholic
I feel bad for laughing at that man's comical screaming and wailing, but who could resist? He's like a real life cartoon character. He at least wasn't fatally wounded and maybe learned a lesson? (Nah.)
Share:
Twitter Email Share Link
Top