The Death of America

Gold Member
After being back in Murica for the past year.... It's abundantly clear to me that something is wrong here. The majority of the males I see have super effeminate mannerisms. There are sooo many fat people its stupid, also girls who are young and not fat still have nasty cellulite looking legs.. its like the female skinny fat (not all of them but a lot of them) Four out of every five girls on dating apps are snarky "dog moms." An the majority of the population walks around looking defeated.

What do you think are some of the main causes of Americas decline?

There was no where near this many fat people in the 80's.

Soda/Pop, an over reliance on grains and potatoes in diets and "Fat acceptance" WTF ever that means. Fucking Fat acceptance? Seriously?

We need to taxthe fuck out of McDonald's and the rest of the lard peddlers. a $.99 burger should have a $3.00 fat tax on it.

There was no where near this many fat people in the 80's.
Click to expand...

Hell no, we got our asses booted out to play at dawn and were told to come home when the street lights came on.

Gold Member
One out of every four women take "mental health drugs" according to this Huffington Post article published in 2011 (cache link here).

But wait, it gets worse. In 2015, WebMD reported that the use of anti-depressants had jumped 65 percent in 15 years. That's likely to mean that even more women are on the drugs now than they were in 2011.

This seems especially true for women ages 30-50, which is the age bracket I deal with a lot. Talking to these women is like talking to Stepford Wives or the bizarre stoner chicks you knew in high school but usually avoided. All logic and reason goes out the window and you wind up talking to the human equivalent of a wall.

The larger point here is that if you have a country where people are drugging themselves into being zombies, then you have some serious issues. Back in the old days, people survived without so many drugs. And, yes, we had "Mother's Little Helpers" like the Rolling Stones sang and alcohol, but I don't think that compares to what we have today.

Anyway, I don't like dealing with people on drugs. Also -- has anyone ever linked women's use of these drugs with the rise in autism? I know women who are on multiple drugs and trying to get pregnant. WTF? There was a time that women wouldn't even drink coffee if they were expecting.

Update: Yes, apparently links have been found between anti-depressant use by women and kids with autism. So, now we have a society of druggie women and disabled kids. That's great. Talk about The Death Of America.

Cr33pin said:
What do you think are some of the main causes of Americas decline?
Click to expand... There was no where near this many fat people in the 80's.
Click to expand...

Bitches stopped cooking. When you ask millenials, you get the picture that the only people who cook these days are guys who hit the gym. WTF is with that?

All of that over-processed, low-fat, high-carb, low-mineral 'food' in plastic containers is turning them into fat faggots. On top of that, a large number of young men are turning themselves into shemales by eating female hormones (in the form of soy).
Edit: then they start taking psycho drugs, which makes it even worse.
E

Gold Member
The root cause is capitalism. All the factors that exist in the environment that degrade and enslave are there because someone is making money from them. 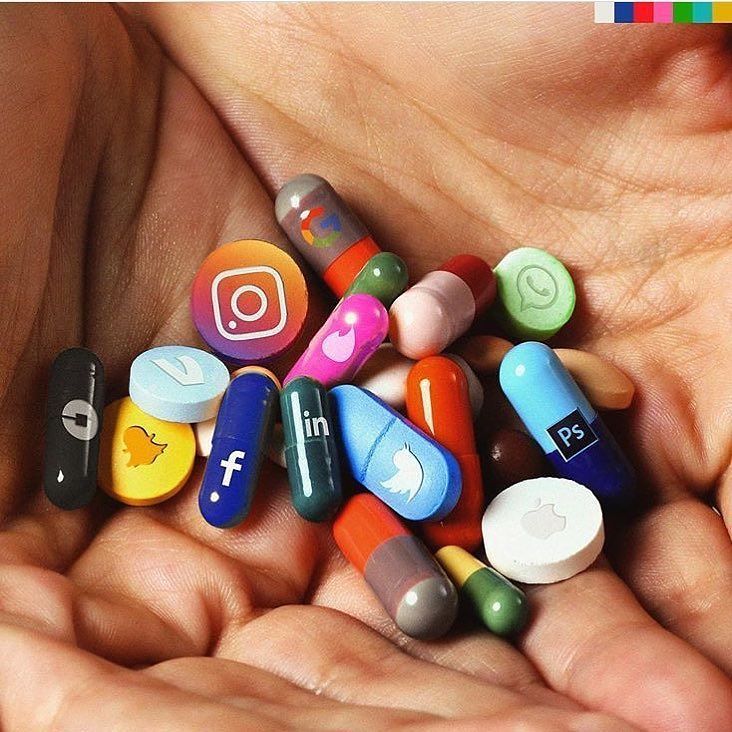 Kids being raised by singe mothers, divorce rape, the destruction of the nuclear family

RawGod said:
The root cause is capitalism. All the factors that exist in the environment that degrade and enslave are there because someone is making money from them.
Click to expand...

I'm sure getting rid of the profit motive would solve everything. :-/

Then again you can't have soyboys if you kill all the soy farmers.
D

Gold Member
So a few causes:
- Hollywood faggotry and feminist anti-family messages
- smartphones and social media providing too much attention and access to degeneracy. Hamsters weren't designed to be in 24/7 contact with thousands of people.

Are leading to:
- rapid decline in values
- terrible diet
- use of psycho drugs, including birth control pills

Too much work and not enough leisure time.

1. Fat acceptance
2. acceptance of sluts and promiscuous women
3. Instagram (giving men and women unfair and unrealistic standards which leads to idiotic coping)
4. Unreliable information on the internet (both sides have compelling arguments as to why the other side sucks)
5. Lack of true self-improvement and self-reliance (people want to get better just to brag about it it seems)
6. Destruction of masculinity
7. No strong male figures
8. lack of a warrior culture or even a warrior monk culture
9. Healthy food is too hard for most people to get (garbage food is easier to get)
10. Lack of testosterone
11. Special snowflakes where everybody is a blogger and everybody is a revolutionist
12. Two generations of hippie goth abominations (generation z and millennials)
13. Destruction of the nuclear family
14. Feminism
V

Gold Member
The ills that face America are nothing new in human society. They're the same issues that have plagued humanity since we left the caves and jungles.

There has always been, and always will be, a wealth disparity. At least since the dawn of agriculture and the shift from Hunter-Gatherers.

There has always been, and always will be, greed and materialism. Technology has always played a vital role in this greed.

Much has been written about the spiritual malaise of Western man. It's an interesting dilemma to say the least:

We are very consumed with the external, with ambition, with material wealth, achievements, ego satisfaction, and so on. It's yielded one of the greatest societies the world has known, but with its fair share of ugliness as well. Cell phones, birth control, entertainment...these are not causes of the downfall, but necessary components of the society we live in. They are tools in pleasure-seeking and cures of boredom. They are mere habits of a society that values everything I mentioned above (the external, ambition, wealth, achievements, ego)

There is another side of existence, what many would consider a higher channel, and that's the internal, the world of peace, non-desires, ego death. In essence, the spiritual world, the realm of mysticism and intangibles. Personally, I find organized Christianity in America to be wholly inadequate to address the spiritual yearnings for the modern man (though I find the teachings of Christ to be absolutely perfect)

The fatness and addictions and social ills are just extensions of these fundamental problems that have existed well before smartphones and fast food. But having those things available have just brought the ugliness out in the open more than ever, which is unfortunate.

I see it every day in Vegas. Want to get the pulse of America and a nice cross section of what's going on in this country? Come to Vegas.

Despite the ugliness, I can't bring myself to hate it. It's all part of the dance that we either agree to, or not. Perhaps in our lifetime we may see a great awakening, a 21st century Renaissance of sorts. Or, the machines will take over and in 100 years we'll be extinct.

Either way, it's by far the most exciting time we could possibly be alive.
D

RawGod said:
The root cause is capitalism. All the factors that exist in the environment that degrade and enslave are there because someone is making money from them.
Click to expand...

To paraphrase Churchill (I think it was him), capitalism is the worst system, except for all the others.

Capitalism is not the problem really. Crony capitalism and a lack of accountability and the whole laundry list that other posters have already provided, are the problems.

Many of the reasons listed above are symptoms, not causes. I think Roissy's classic list identifies the causes.

So, a crib sheet of quippy replies if you ever need it to send a feminist or manboob howling with indignation:

It should also be added that since the advent of hardcore Jewish influence, things have gotten considerably worse for the common prole. I think America up to roughly the late 1960s (?) was an ideal environment, minus the racism against blacks. The big mistake was handing the steering wheel to jews, which historically speaking is never a good idea.

Like you, I started noticing big changes each time I came back. It's like all the masculine men left the cities. The ones who seem masculine because of big muscles are, at least in Washington DC, more likely to be gay.

This is mostly what I see now:

They do still exist though. Where I live in my city is a "border zone" that's straddling where two areas where office and trade jobs are respectively dominant. Even in NYC and Chicago there's no shortage of greasy, masculine guys working in various roles related to the infrastructure of those cities. You just won't see them in the city centers because they're effectively priced out. Even if they weren't most of them prefer a good dive bar over the kind of metro bars you get downtown.
You must log in or register to reply here.
Share:
Twitter Email Link
Top