Imagine a four-day Zoom meeting in which the likes of John Kasich, Michael Bloomberg, and Nancy Pelosi warn you for the fifty through sixty millionth times about the “existential threat” of Donald Trump, and you come close to envisioning both hell on earth and what we’re all in for this week with the Democratic Party’s Biden/Harris virtual coronation.

The alternative is to start drinking early.

The 2020 DNC represents the culmination of one of the most exhausting, repetitive, and depressing primary races America has seen. It was extreme both by number of candidates – the official count seems to be 29 – and by sheer quantity of identical-sounding rhetoric. The race from the start was itself like a giant drinking game, in which candidates were rewarded in polls for delivering the most pleasing versions of oft-repeated terms like “kids in cages,” “fascist,” “white supremacy,” and “this is not who we are.”
Click to expand...

One point makes me nervous. This convention could obliterate the boozing public with a single word, previewed in about a thousand headlines when Kamala Harris was named Biden’s running mate last week:
Trump re-election complicated by historic VP pick
MSNBC
...
Why Kamala Harris is a historic VP pick for Joe Biden
BBC News

Without further ado, drink EVERY TIME to:
1.“Post office,” or any variation thereof (i.e. “postal service” or “mailbox”).
2. “Soul of America.”
3. “History” or “Historic.” Drink only when uttered by a convention speaker.
4. “Existential threat.”
5. “This president.”
6. “Let me be clear.” Double shot if what comes after is not clear.
7. “Access,” as in “access to affordable health care” or “access to a good education.” You may drink twice if this comes in conjunction with an argument about “opportunity.”
8. “Systemic,” “systematic,” “structural,” “fundamental,” or “fundamentally.” Double-shot if the words are uttered by someone who has never voted for or supported a systemic reform.
9. Someone speaks positively of a Clinton (h/t to @percandidate).
10. “This is not who we are.”
11. “Above the law.”
12. (Something something) Mitch McConnell, (something something) is a human right.
13. “Trump is (rehearsed witticism).” Also, “golf.”
14. Russia.
15. Birther.
16. (Attempts to speak Spanish)
17. Unity/civility.
18. “Uncharted waters.” Drunk rum if you have it here, and yell “Aargh” like a pirate (h/t to @C00LDad77).
19. “Democracy itself.”

BONUS RULE: Drink every time someone blames Trump for coronavirus deaths. Make your own group judgment as to whether or not the blame is deserved.

WOKE MAD LIBS EXCEPTION: If an MSNBC commentator or a speaker uses any of the following terms, you may stop drinking for an hour to “reclaim” your sobriety: performative, white-adjacent, Latinx, decolonize, invisibilize, solidarity, interrogate, normalize, privilege (as a verb), dismantle, erase, lived experience, (anything)-splaining, heteronormative, habitus, cultural appropriation, essentialist, or trigger.

Genderfuck or melanated ends the game.

No one gets out of this thing sober 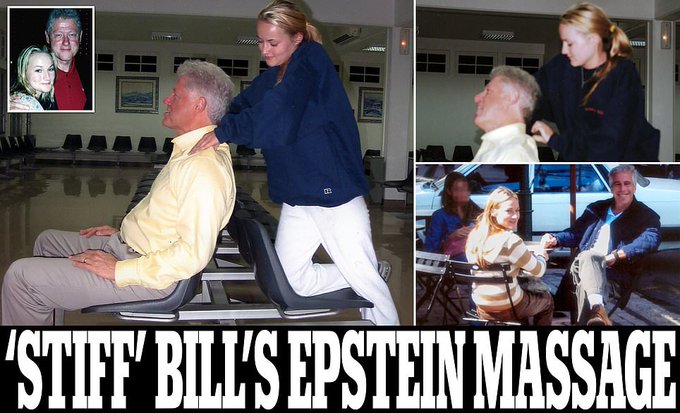 AFTER EVERYTHING that happened in 2016 there somehow is more loopholes to be exploited?!
Holy shit it's like someone is going back and re-editing the defined legal parameters so that dirty ball can continue to be played.

Look, if the Civil War didn't permanently destroy the Democrats' credibility and viability, the CoronaviRaceWar won't, either.

More fine (barely) satire from the Babylon Bee. Katie Doobles is an accurate portrayal of the thought process of your typical American SJW female.

ST LOUIS, MO—Loyal Democrat voter Tim Raisinbran is expressing disappointment after he watched the Democratic National Convention for hours and barely heard anything about all the free stuff he's going to get from Democrats.


"I sat through 2 hours of lame Zoom calls for this?" Mr. Raisinbran cried as Billy Porter sang and danced on his TV screen. "It was just a bunch of boring speeches about 'unity' and 'being better' and stuff. Lame! When are they going to start talking about all the free stuff I'm gonna get if I vote for Biden? I just want everything to be free forever! Is that too much to ask? Trump literally transferred free money to my checking account. How are the Democrats going to top that?"

Raisinbran then yelled and threw his bowl of Cheerios at the screen in anger.

Raisinbran's suburban house-girlfriend Katie Doobles feels differently. Michelle Obama's uplifting message that "everything is guaranteed to get way worse if we don't vote for Biden" resonated with her, according to sources.

Experts say Katie is not alone. According to one recent poll, most suburban house-girlfriends and house-fiancés are resonating with the Democrats' central 2020 message that they will continue to burn down the country unless America votes for them.

"Whatever will make it all stop," said Doobles in an interview. "Some free stuff thrown in would be ok too."
Click to expand...

I saw the moment of the convention where they choose Joe Biden as the candidate on TV tonight. A couple of kids run in behind and threw baloons. Biden just said "thank you" and left it at that. Then he and his wife immediately put their masks back on. The TV shot showed all the 500 zoom windows all at once scattering around. Weird. Pomp and Ceremony does have its place. Without it, it reinforces him as a fake candidate.

Clinton was on tonight, looking old, I couldn't hold my attention. I just wanted to hear him talk about epstein island and explain himself.
,

I saw a bit of Michelle Obama...I left the room as she was talking about "peaceful protesters" and her normal hateful discourse. I haven't really looked at their schedule...I guess maybe it will be safe to turn on the news by the end of the week and not have to hear the moronic highlights.

No one gets out of this thing sober

Wow we would be dead from alcohol poisoning after about ten minutes. Unless you switch to water after the first 30 seconds
E

NoMoreTO said:
I saw the moment of the convention where they choose Joe Biden as the candidate on TV tonight. A couple of kids run in behind and threw baloons. Biden just said "thank you" and left it at that. Then he and his wife immediately put their masks back on. The TV shot showed all the 500 zoom windows all at once scattering around. Weird. Pomp and Ceremony does have its place. Without it, it reinforces him as a fake candidate.

Clinton was on tonight, looking old, I couldn't hold my attention. I just wanted to hear him talk about epstein island and explain himself.
,
Click to expand...

Did slick Willy mention the “Clinton Surplus” years like he did 4 years ago?
A

Ouch, Dinesh. Hard to disagree, though.

Browse a coupe of pages. I honestly think its a passable senior paper - a high school senior paper - with lots of verbiage added to fulfill word requirements. Then I remembered its provenance. Princeton. Wow.

Gold Member
"My years at Princeton have made me much more aware of my Blackness..."

Bitch, a thesis is meant to be a scientific study, not a personal diary!

Gold Member
DNC Day 2 Summary - The Democrat Party is in utter chaos. It's rapidly turning into a train wreck.

I have a bad feeling about this. That can't be that tone deaf...

Handsome Creepy Eel said:
"My years at Princeton have made me much more aware of my Blackness..."

Bitch, a thesis is meant to be a scientific study, not a personal diary!
Click to expand...

(as John Derbyshire would say).

Gold Member
Since the Marxist Socialist Media (MSM) is flooding the airways with the DemoMarxist Snoozarama to try and make them look moderate instead of the far-left Marxist Communists they are - I was treated to none other than Turncoat Benedict Arnold of today Colin BLM Take a Knee Powell - former Affirmative Action Joint Chief of DoD Staff endorsing Beijing Biden in the most glowing terms.

The payoff for the Chinese:

Biden took point to allow 300+/- Communist Red Chinese controlled Companies to raise $3 Trillion dollars on NYC Capital Markets without complying with GAAP Accounting and Transparency standards which would get any US CEO CFO and Board prosecuted by the SEC and DOJ. This allowed the Red Chinese to literally vacuum up cash that would have otherwise gone to innovative US Companies and eliminated at least twice $6 Trillion in new wealth creation in the USA.

Globalist (Powell) High Phocking Treason... And the MSM and Dems Marxist Socialists want 8 more years of this... The Red Chinese will be building industrial parks in the USA and importing Chinese Slave laborers to work in them as replacements for Heritage Americans.