budoslavic said:
You may want to turn the volume down. Like...super, super low if you don't want your ear drums to pop.

Ok, so there hasn't been a real Toobin release (no pun intended) yet? All photoshop, though possibly not far off?

Blade Runner said:
Ok, so there hasn't been a real Toobin release (no pun intended) yet? All photoshop, though possibly not far off?
Click to expand...

The Catalyst said:
If so then how did he get so fat?
Click to expand...

The reports about his dietary habits vary. Supposedly he eats lots of fast food from mcdonalds and KFC, but that could be more the usual `man of the people` stuff. The more concerning issue is supposedly his habit of drinking upt to 12 cans of coca cola light - with lots of delicious aspartame. Studies proved that they do make you fat even if they don't contain sugar. The same goes for his habit of snacking on potato chips and doritos frequently. He also eats dessert and icecream almost every day including sugar-laden chocolate shakes. Plus he supposedly eats pizza often enough. She shouldn't be eating anything like that very often past a certain age.

But they did state on his India visit, that his habit of eating lots of steak may get difficult there, so steak is probably his health food that keeps him fit, while coke zero, fast food, pizza, potato chips, doritos, ice creams - all that stuff makes him fat.

Gold Member
FOR TRUMP, IT’S DÉJÀ VU ALL OVER AGAIN

We’ve all heard the view that the polls showing Joe Biden with a big lead in the presidential race don’t mean much because the polling methodology is badly flawed. There’s a lot of truth in that view. The polls are flawed by small sample sizes, polling registered voters rather than likely voters, skewed sample selections (polling too many Democrats relative to Republicans), poor turnout models, and many other statistical and methodological defects. A lot of this is old news.

The flaws were there in 2016 and are back again in time for the 2020 presidential election. Good analysts can spot these flaws and reverse engineer the polls to achieve better results. And, there are a few good pollsters out there if you know where to look. But, is there anything else going on that might cause analysts to doubt the polls and possibly give Trump a better chance of an electoral victory?

There is one highly significant error in the polls today that was not as prominent in 2016 and may pave the wave toward a Trump victory. This has to do with the so-called “shy” Trump voter who supports Donald Trump for President, but either will not talk to pollsters or will not give pollsters a straight answer if they do participate. There are many reasons for the existence of shy Trump voters as described in this article. Some Trump supporters are rightly concerned that they might be fired from their jobs if anyone becomes aware they support Trump.

Others worry about threats of physical violence from Antifa or BLM. Still others simply do not want to be shunned by friends and neighbors if it became known that they were Trump supporters. If this shy group were small in numbers, their existence would not matter much to the accuracy of the polls or Trump’s change of success in the election. In fact, the number of shy Trump voters is quite large and could provide the margin of victory for Trump in closely contested battleground states like Pennsylvania, Ohio and Michigan. One polling organization called FiveThirtyEight, which was badly wrong in 2016 (they gave Hillary Clinton a 92% probability of victory) said they could find no sign of the shy Trump voters. That’s idiotic because the entire point of being a shy Trump voters is that you show no sign of it.

Possibly the most startling assertion Cahaly makes is that, by a ratio of as much as five to one, Trump-favoring voters are harder to nail down. The Biden voter is five times as likely to talk to a pollster as the Trump voter. All pollsters are aware of this factor, but Cahaly thinks it has grown in just the last few weeks, when the ratio was more like four to one. Cahaly thinks other pollsters are underestimating this factor.

A colorful metaphor: Cahaly says there is a large bloc of voters to whom the Trump economy, as he calls it, is “like chocolate” — but the temporary Covid-slanted economy has been, for these voters, like being told they can’t have chocolate anymore. They love chocolate. They can’t wait to get back to stuffing their faces with it. They are eager to go to the polls and make the chocolate flow again.

Another oddity Cahaly thinks is important is that infrequent right-leaning voters are leaning Trump. He says that among the millions of Americans who voted only once between 1992 and 2016, 58 percent are prepared to vote for Trump. But since these people admit they don’t vote very often, who knows whether to believe them?

Cahaly scoffs at anyone who thinks Trump might lose Georgia or Texas — “Not gonna happen” — and recommends such people check themselves into rehab immediately. He thinks Trump has a small but durable lead in Arizona, and though GOP Senate incumbent Martha McSally is trailing her Democratic challenger Mark Kelly, she is within five points and still has a decent shot of winning. As for Michigan, the Republican challenger John James is in a strong position to pull off an upset of Democratic incumbent Gary Peters and is bringing voters to the polls who will vote for Trump. Cahaly says Trump is stronger among blacks and Latinos in Michigan than any Republican presidential candidate in a very long time, and James, who is black, is aiding Trump’s prospects there.
Click to expand...

I enjoyed reading the article.

That said, the comment section is much better. It offers a multi faceted look at different possibilities from some very intelligent people.

Like anything, they won't be conclusive but will make you question what you know which isn't necessarily a bad thing.

What stands out are questions regarding how polling is conducted versus potentially significant changes in how people respond to polls themselves, the issue being that both could have major flaws.
E

budoslavic said:
^ The ACB confirmation vote is set for this Thursday at 11. This is why she needs to be on the SCOTUS immediately before Election Day. 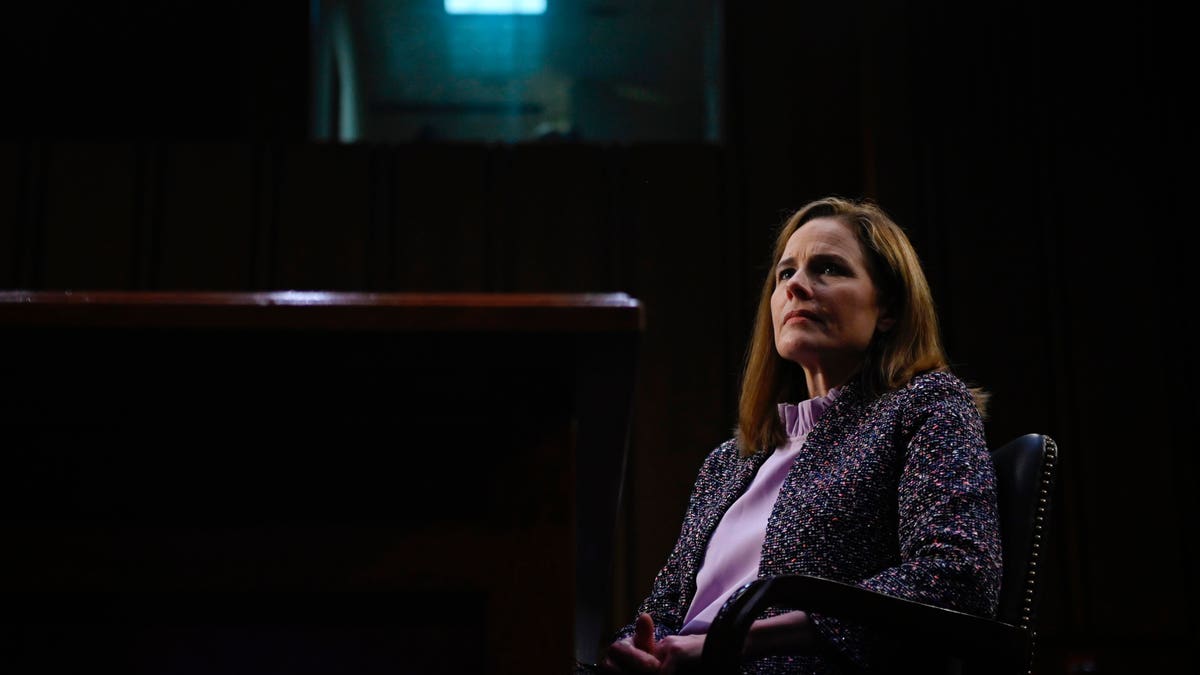 “We have the votes,” said Senate Majority Leader Mitch McConnell on Thursday.

Gold Member
I'm guessing there is going to be something bad in this 60 minutes interview (which IDK why the fook he even took) because he is making a big deal out of it, and playing offense preemptively.

I may have to retract my previous commitment to vote. I was stoked by Trump’s recovery from the virus, but I think my vote will hinge on whether there are any major arrests before Nov 3.

Gold Member
Blumpf has touched down. 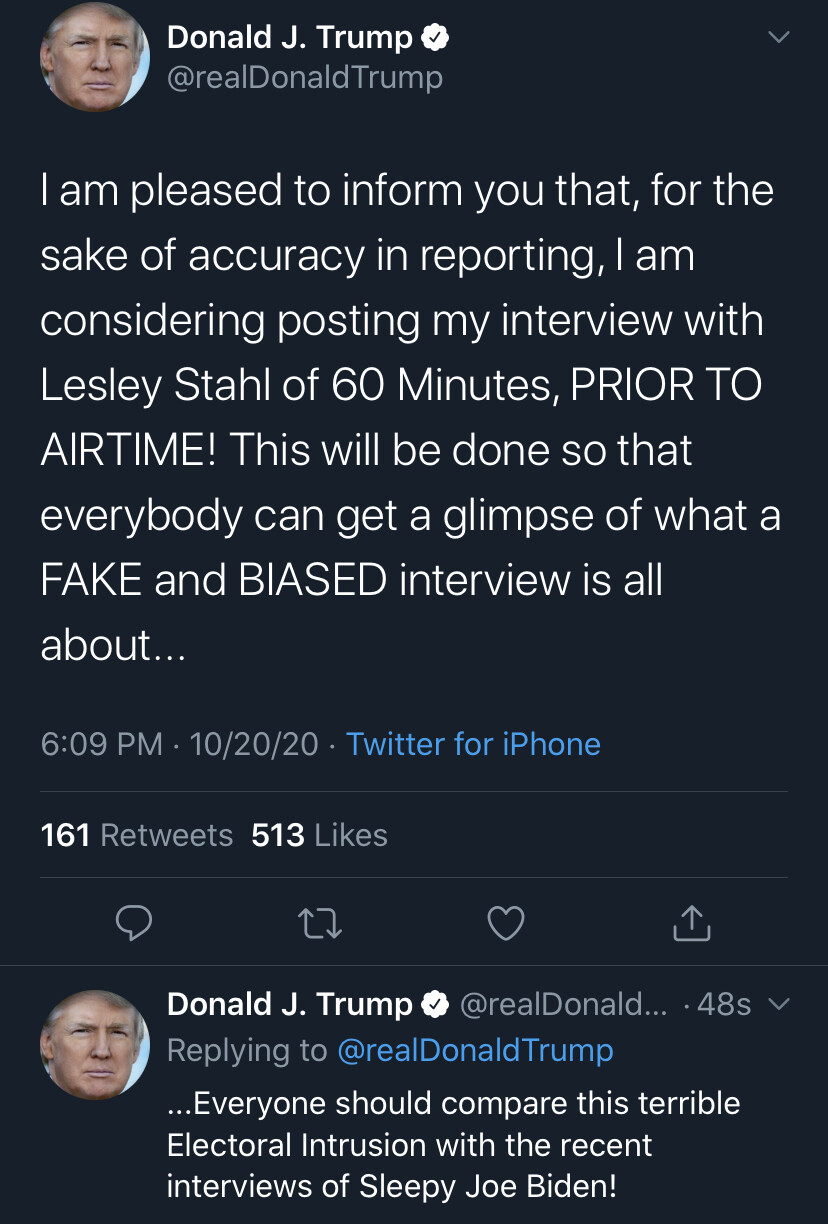 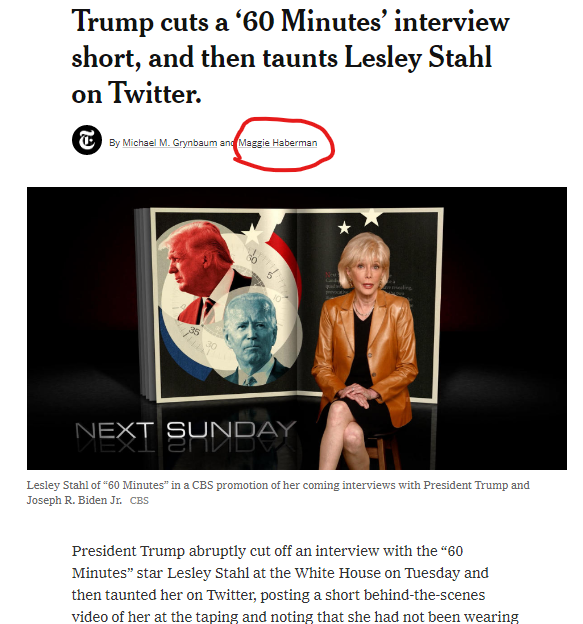 MichaelWitcoff said:
I may have to retract my previous commitment to vote. I was stoked by Trump’s recovery from the virus, but I think my vote will hinge on whether there are any major arrests before Nov 3.
Click to expand...

Thought you were Team Trump this go around?
Moving the goalposts on yourself there? Pelosi did that today with her self-imposed stimulus deadline being moved out to a further date.
That's like a junkie moving his "get sober" date out until further notice.
Oh vey.

Gold Member
^ From the rally:

He just played a montage of clips of Biden (and Harris) declaring they want to phase out fracking and coal for the Erie crowd. Calls it "an original Donald Trump Broadway play." Like an in-ring pro wrestling segment. "Roll the footage on the Titantron!"

Now he's talking about "the Laptop from Hell."

estraudi said:
Thought you were Team Trump this go around?
Moving the goalposts on yourself there? Pelosi did that today with her self-imposed stimulus deadline being moved out to a further date.
That's like a junkie moving his "get sober" date out until further notice.
Oh vey.
Click to expand...

I just don’t know whether “at least he isn’t Biden” is enough of a reason to vote for him. I voted for him the first time, but I want to see more than just promises this time around.

Canopus said:
He just played a montage of clips of Biden (and Harris) declaring they want to phase out fracking and coal for the Erie crowd.
Click to expand...

Gold Member
Why the blazes does T agree to do interviews and townhalls and debates with enemy of the people journalist?