Gold Member
If Trump is confident he'll retain office.
While he has every reason to be.

I suspected he may wait for any big political moves till after the election.
More wait & see...

Or perhaps, this is a warning shot across the bows, for those two Clowns to do their damned jobs properly. 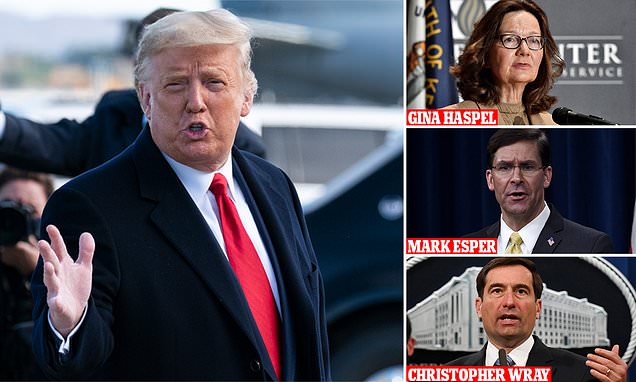 Trump plans to fire the heads of FBI, CIA, Pentagon if he's re-elected

Gold Member
Why on earth did the Governor of Arizona appoint a proven loser to the U.S. Senate seat in Arizona? If Martha McSally wins it will be due to riding Trump's coattails. McSally lost her 2018 race to a very beatable candidate who also happens to be a do nothing Senator who hasn't the first clue to even sponsor a piece of legislation.

As they should be. They are all on notice. All should be immediately fired and then Barr needs a talking to. If he doesn't guarantee there is a task at hand to save the nation, he should gone too, within a short period of time.

Uzisuicide said:
Why on earth did the Governor of Arizona appoint a proven loser to the U.S. Senate seat in Arizona? If Martha McSally wins it will be due to riding Trump's coattails. McSally lost her 2018 race to a very beatable candidate who also happens to be a do nothing Senator who hasn't the first clue to even sponsor a piece of legislation.
Click to expand...

Agreed, but just get her in so the vote comes with it. The people's pundit has said that the margin might be overcome due to a small but noticeable move by Sinema. Voters who see Sinema vote against Barrett may see all they need to know, and cringe at two D votes for their state in the Senate.

Gold Member
Good post at The Conservative Treehouse, "Big Tech Panicking - Trump’s Grassroots MAGA Army Working Around Platform Controls"
=====
A diverse and patriotic MAGA movement is overwhelming the mechanisms of narrative control; and they are doing it by flooding the zones with a combination of “old school” and “modern tech” workarounds. It’s quite honestly the most remarkable political dynamic since the organic Tea Party erupted in 2009.

Before getting into the details of how this truly organic situation is unfolding it is worth looking at how big tech is freaking out.

“A right-wing offensive” is the 2020 narrative equivalent to Clinton’s vast Russian conspiracy theory. The truth is Big Tech is getting their ass kicked by the American electorate and they are freaking out about how visible, in-your-face, unapologetic and dramatic the MAGA activism has become. Thus blame-casting is needed.

You know they are getting their asses kicked when they have to create a political enemy to blame; real or imagined it matters not, the point is to create some “other” in an attempt to avoid confronting reality. Remember, Alinsky created their rule book and process.

Here’s what is happening… really just an affirmation of what everyone is noticing and talking about…. and it is wonderful.

A combination of what I would call “old school” activism is taking place everywhere. Car parades, boat parades, marches, rallies and massive swarms of American MAGA supporters are literally flooding the political space in a scale that makes it impossible to ignore.


The MAGA rallies, parades and grassroots events are breaking out independent of each-other and literally happening all over the place on any given day. Miles and miles of cars with Trump flags… same with boats… and sometimes just marches in the street where thousands of people just gather and walk with American flags, Trump banners, and other gear.

To make the marches even more effective a really smart organic approach has started and we now see Trump rallies and marches targeted to the exact event venues where Joe Biden and Kamala Harris are showing up.

The Trump supporters easily outnumber the Biden supporters by 20:1 or more. The magnitude of the MAGAnitude is incredible. This is totally organic, but word has spread and now it is happening everywhere.

This approach floods the social media sphere with more consequence because it is a real life organic manifestation of support for President Trump.

Just like the visibility of tens-of-thousands of supporters at President Trump rallies diminishes the engineering value of media polling, these spontaneous eruptions of MAGA support show just how significant size of this MAGA movement is. It’s astonishing.

Remember Poland circa early ’80’s when it was said: “we took to the streets and realized for the first time there were more of us than them”?… and thus the government control over the Polish people almost immediately started to collapse. Well, the control of the manipulative narrative engineers is suffering a similar fate in this election as the MAGA coalition assembles in astonishing scale.

One of the best features of this uncoordinated eruption of patriotism is the lack of any controlling apparatus. It really is totally organic and therefore impossible to stop; and then there’s the element where Generation Z is stepping in to enhance the old school approach.

Generation Z dominates the social media platform TikTok; and what Brad Parscale did with Facebook in 2016 Generation-Z is doing organically with TikTok videos in 2020.

The MAGA movement on that platform is stunningly effective as they take 60 second videos of MAGA-people, MAGA-places and MAGA-events and then rebroadcast the content adding their own MAGA-centric enhancements and soundtracks.

The result is an astoundingly positive and targeted message -happening in real life- that is also being expanded by TikTock and has the center control agents of Big Tech totally caught off guard.

MAGA-TikTok is now an army of users generating content and it’s bleeding over to other platforms and now starting to swarm Twitter and Facebook. Google is trying to tamp it down via controls on YouTube but the scale, just like the MAGA parades themselves, is overwhelming.

I cannot even believe I am saying this… but the MAGA movement in-person and in the digital sphere is actually, well, WINNING.

The American people are all-in, right now when it matters most; the Monster Vote is also clearly evident. Spontaneous acts of patriotism are now considered representative of the counter-culture; people of all colors, races, creeds and orientations are united under the Red, White and Blue MAGA banner; and all of this was initiated organically by an American President who just transparently loves this country.

MAGA bitches, this is just awesome.

A diverse and patriotic MAGA movement is overwhelming the mechanisms of narrative control; and they are doing it by flooding the zones with a combination of “old school” and “mode…

Feel free to edit or share my meme. What do you want to breathe after November 3rd?

I bet when Biden supporters get back home from a Biden rally and tuck themselves into bed, they feel like those damn Blumpf people have broken into their house and changed the bedsheets. 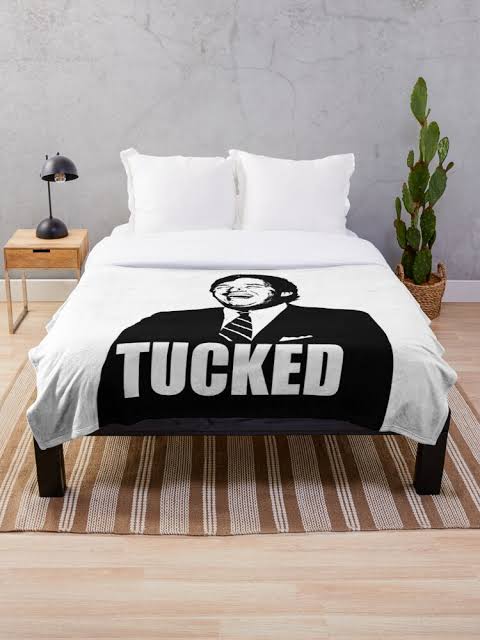 One senator from Maine is Republican (Collins) and the other is independent (King).
P

Why did he hire them in the first place? For example, for Gina Haspel, here's what Trump said when he appointed her:

Gina, congratulations. There is no one in this country better qualified for this extraordinary office than you.
Click to expand...

Same with Esper, here's what he said:

There is no one more qualified to lead the Department of Defense than Mark Esper.
Click to expand...

Why is he making such poor hiring decisions then?
B

paninaro said:
Why did he hire them in the first place? For example, for Gina Haspel, here's what Trump said when he appointed her:

Same with Esper, here's what he said:

Why is he making such poor hiring decisions then?
Click to expand...

Because he's not making the decisions.

Had a glimpse of this last night, wanted to post this here. 'We infer that you support the policies and ideologies of Donald Trump's administration, which blatantly undermine the values we uphold,' the email said.

Ice Cube, 50 and now this individual

The interview with Stahl. He probably didn't even know beforehand what questions she was going to ask him

And he still completely dominates her. Teflon Don