Gold Member
You expect the power hungry & control freaks to play nice should they seize power...?

Gold Member
In the middle of the communist takeover of USA, Breitbart still finds the time and effort required to hate on Iran: 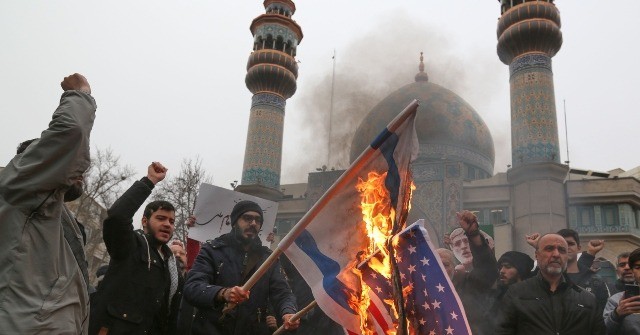 Iran's state-controlled PressTV outlet ran a column Friday concluding that a loss for President Donald Trump was a "win for duopoly."

With friends like that, do you really need enemies?

Gold Member
She's a revenged-crazed Mestizo with a chip on her shoulder.
Last edited: November 7, 2020

I think there is a a small chance we will see trump declare himself emperor / king. And refit the white house appropriately taking inspiration from this Russian church. Uniting with Putin & russia to become the most dominant orthodox civilization on the planet rivaling the Chinese empire.

CynicalContrarian said:
You expect the power hungry & control freaks to play nice should they seize power...?

AOC is a good example of someone who is all ideology and zero intellect.
I

John Rivers on Gab: 'Jake Tapper is literally not human. He's a parasi…'

John Rivers on Gab: 'Jake Tapper is literally not human. He's a parasite housed in a simulacrum of human flesh. If you look closely, you can occasionally see the cockroaches moving underneath his skin.'

Tapper just called Donald Trump’s children “his spawn” and that “they are breathing their last breaths.”
Click to expand...

"His parents are Jewish; his mother, who was raised Presbyterian, converted to Judaism.[14] Tapper spent summers attending the Jewish summer camp Camp Ramah in the Poconos."

Gold Member
Trump's (((buddies))) throwing him under the bus, predictably. Bibi would rather have more reliable people like Dick Cheney running US foreign policy in the mideast. Cheney, along with the Rothschilds, actually has skin in the Endless War game in Syria, they are part owners of the Israeli oil company that was given claim to Syrian oil, along with Rupert "Arizona has fallen" Murdoch...

1. Should Trump dump the GOP after this all said done win or lose? If he loses, he could theoretically take a massive base with him and start a new party. Both DEM and GOP are broken corrupt clubs that need to be replaced.

2. As exhausting as this whole process is, I'm finding myself strangely positive very recently. This is nearly the best case situation from one perspective

A lot of people barely pay attention to politics aside from POTUS races and the whole world is watching right now as all these corrupt people and systems are doing their evil thing in real time.

2020 is the ultimate red pill event: COVID and The Big Election Fraud.

We actually needed this. For normies to wake up and see the truth. If we are lucky, this awakening will spread throughout western civilization.

3. There is no reconciliation with the democrats. If Trump wins, hopefully they will just take piss off and secede while we hold all the cards and can dictate terms. Trump needs to arrest people big time. No more fatass Bagpipe Barr sitting on his ass; get John McClane in there and bring the pain.

4. If Trump is removed ultimately, he will become a martyr of the right and could be a leader of some sort secession movement. A massive political base and billions in wealth is a good foundation to work with. Most of his base won't accept a Biden administration and will be looking at unconventional options to deal with the situation. Should Trump just fade off and allow a real right-wing guy to rise up and take lead?

5. I wonder if the Supreme Court will cuck? I got a bad feeling they will.

6. If Trump loses, there will be no political means for MAGA folks to regain control. It's force or leave. DEMs will give amnesty to 10 million plus and rig all loose ends to make it impossible for a legit GOP guy to hold office ever again. This reality is gonna hit like a ton of bricks potentially within weeks or a month or two. Sort of surreal to think about but when it's game day, you gotta play.

7. The America we all grew up with is gone. There is no United States anymore like the way we knew it. Doesn't mean we can't evolve into America 2.0 but we are going to have to fight hard to get it. People might mourn the lost but we should stay positive and see it as an opportunity to set the ship up for success. To learn from the mistakes of the past and make it right. Nearly 70 million voted for MAGA... we ARE NOT ALONE! That's bigger than most countries. We will get through this.
Click to expand...

griffinmill said:
AOC is a good example of someone who is all ideology and zero intellect.
Click to expand...

I'm surprised how safe these people can stay after they do all of this harm to people.

Trump Just Retweeted this. Looks like he likes his legal case.

Hmmm...Could it be Esper wasnt willing to do whats needed and coming?
S


Hmmm...Could it be Esper wasnt willing to do whats needed and coming?
Click to expand...

Esper has said he wouldn’t support invoking the Insurrection Act

Blade Runner said:
I'm surprised how safe these people can stay after they do all of this harm to people.
Click to expand...

You're not the first to make this kind of remark. The Goncourt brothers (famous French literary writers) said pretty much the same thing about how Carrier, one of the French revolution's worst mass murderers, died peacefully in his home bed. 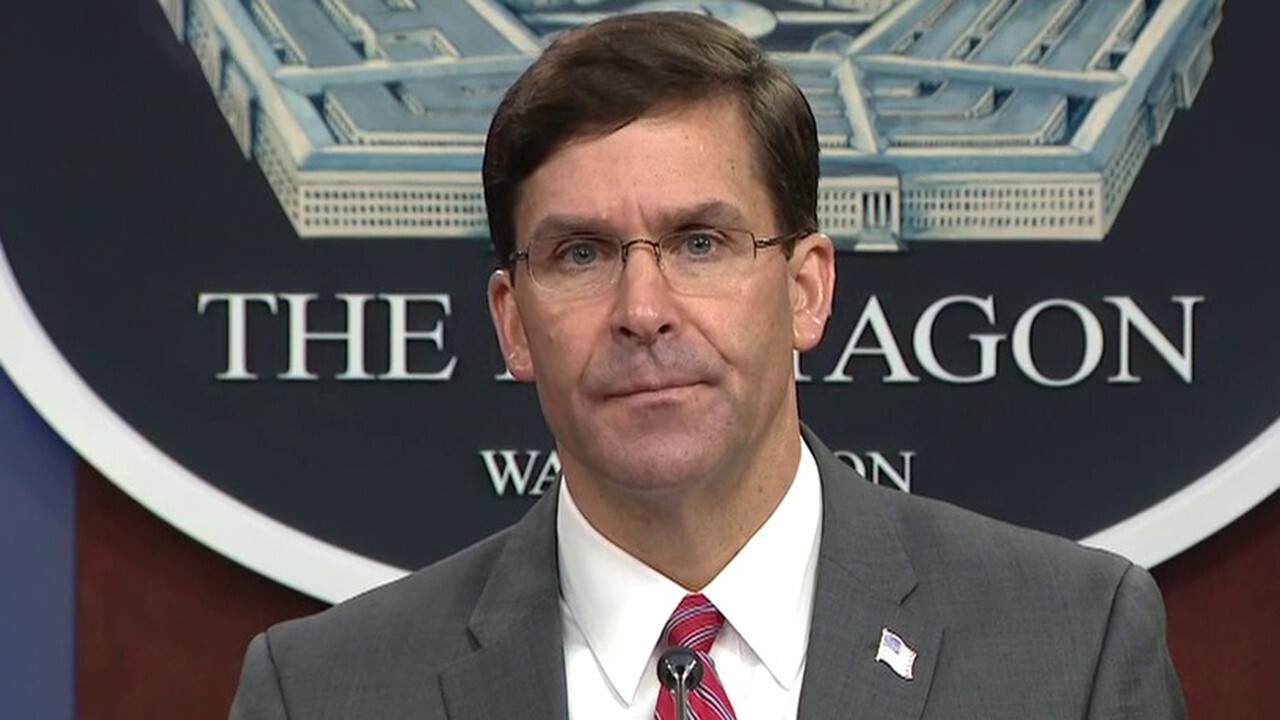 Defense Secretary Mark Esper declared Wednesday that despite President Trump's remarks earlier this week, he is not in favor of the president invoking the Insurrection Act in order to send the U.S. military to quell violent protests.

Here's a little more detail on Trump's firing Esper. It say Trump has been dissatisfied for some time, and this could be the first of many.

DanielH said:
So let's think, who is on Trump's side?
-The Marine Corps
-Police
-Blue collar white males
-SCOTUS, probably

Who is against him?
-The Navy, Airforce, likely the Army - combat troops and senior enlisted being where his support is
-Minorities
-Women
-Almost all media
-98% of the S&P 500
-The Democrats
-The governors of states he needs to win

It's not looking good, so what neutral sides are there?
-Churches
-The GOP (they're not saying anything about the steal)

We need to peacefully organize on the streets and demand the GOP openly support Trump. There needs to be shows of force large enough to swing the support of some key players, which would be generals and GOP politicians. This is one of the reasons they're delaying counts. It is to demoralize us, and burn off our steam. How many will forget and concede? We can't let that happen.
Click to expand...

I think its a little brash to label the whole of the Air Force, Army, and Navy against Trump.

A better approach would be to look at specific units and determine what we're working with and what is beyond compromised.

More importantly though is to assess the Joint Chiefs of Staff individually, without a solid nucleus here, things will go tits up real quick.
S

“On June 3, Defense Secretary Mark Esper said he did not support invoking the Insurrection Act, with the remarks reportedly angering Trump. There has been speculation that Esper will leave the administration if Trump wins a second term”
You must log in or register to reply here.
Share:
Twitter Email Share Link
Top