The Evergrande Group is China's second biggest real estate developer and in danger of defaulting. Chinese government has in recent days tried to shore up the group by injecting capital.

Some equate the situation with the 2008 Lehman Brothers debacle. Possibly lots of exposure for Western banks and other financial institutions. Some say it's mostly background noise and that the panic is unwanted.

Not particularly well educated on matters related to economics or finance so if people want to chime in and inform the board what's happening here, please do. 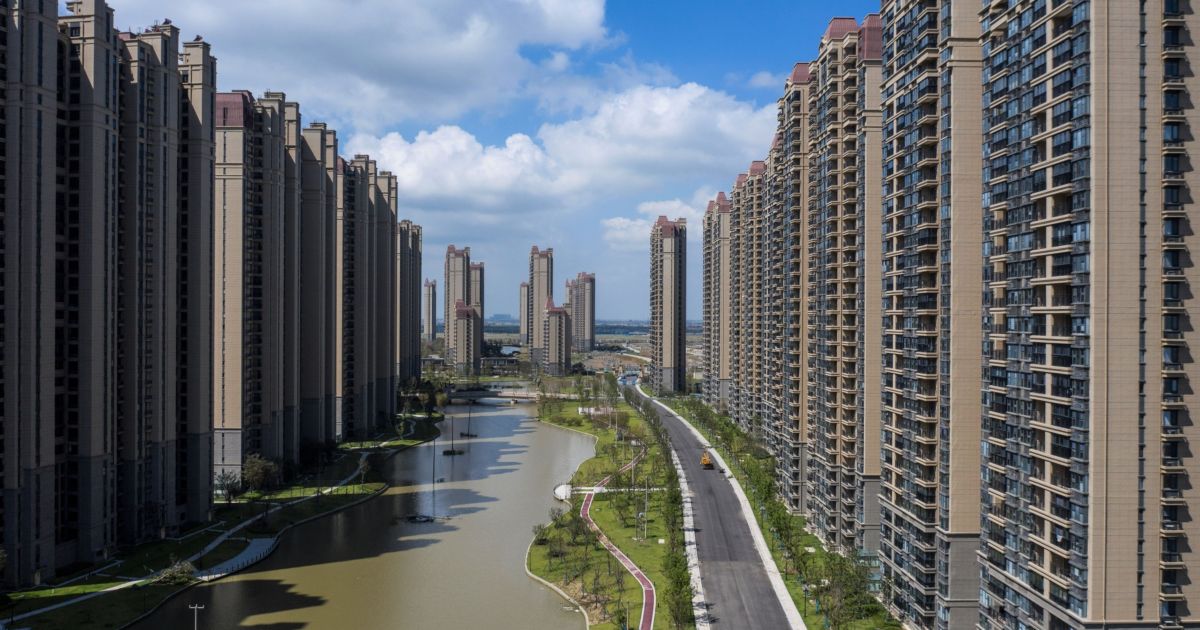 Gold Member
The market has been fairly resilient over the past four years and it seems like it wants to stay up. However, I sense that there isn't as much confidence in the business and investor community with Biden as there was with Trump. I think an Evergrande collapse will likely cause a short-term, steep decline in the markets, but then they'll come back up, although maybe not as high as they were before.

The difference is that if Trump was president, the decline would be smaller, shorter, and then the subsequent rally would be bigger.

I have a lot to say about this that I've said elsewhere. So far, my predictions have been spot on on how the Chinese have handled things (and possibly why).

Please link up your opinion from elsewhere.

Orthodox Inquirer
Gold Member
From what I can see the most likely trigger for a global financial crisis would be USD denominated debt outside of The US, in an environment of a strong dollar (as compared to the native currency).

Though CNY is close to long-term highs against USD, many others are at all time lows.

We have see how central banks now know how to paper over what would otherwise be new depressions, but papering over a crisis that is across multiple borders will be more difficult.

If it goes under there is going to be considerable impact. According to this it is also pushing up bond interest in Asia.

There is enough empty property in China to house over 90 million people (more than the entire population of Germany) - Logan Wright tells @JKynge. See his must/big-read on Evergrande in the @FT https://www.ft.com/content/ea1b79bf-cbe3-41d9-91da-0a1ba692309f

Non-event despite what the shills will tell you.

Please link up your opinion from elsewhere.
Click to expand...

China has chosen to screw the dollar-denominated foreign investors, like @Coja Petrus Uscan pointed out. This let's Xi weaken his internal opposition to abolishing term limits entirely (aka he'll basically be the next eternal leader). It also lets him cause a problem for the US as Western investors were putting more and more money into Evergrande, thinking China would always come to the rescue. Now everyone's realizing that China is playing chess while they're playing checkers. For context Evergrande represents a large portion of China's economic activity.

@AlfredTheGOAT is incorrect about this being a non-event. Although Evergrande (and other Chinese companies, notably Chaori Solar in...2014?) have had debt problems for a long time, this is different. Notice the media was silent about this until it became impossible to look away AND no one has really been talking about how exposed US financial entities are to this crisis (because they're probably too close).

However, even worse, while most people are talking about how this screws China (yeah screw China! Right? They're soooo bad!)... if China is screwed, we're screwed even without contagion. This was the case even without Evergrande but now it's definitive. The world economy needs China to have record GDP...instead, they're going bust.

CPU isnt the Evergrande situation the reason for the latest BTC dip?

Gold Member
China won’t let it happen, they operate with impunity and don’t have to answer to a million politicians with an agenda and shady lobbyists. They will do what it takes to keep it from happening.
G

Foreign bond holders represent approximately 10% of all bondholders in Evergrande.

China could save the 90% of domestic bond holders, and maintain domestic stability with minimal stress.

China's Central Government, in tandem, could also implement a cash injection to honour the USD denominated bonds. This would ensure that international reputation is upheld, and the domestic front is stable.

Regardless of which tactic the Chinese Government take, I would envision that some bondholders would have to take a haircut to some degree.

FrancisK said:
China won’t let it happen, they operate with impunity and don’t have to answer to a million politicians with an agenda and shady lobbyists. They will do what it takes to keep it from happening.
Click to expand...

They're already letting it happen, on purpose.

Emphasis on not paying foreign creditors.

The people that kept saying China wouldnt let it happen have been wrong so far. From the CCP's perspective bailing out a company shows tremendous weakness. If they bail out Evergrande that signals to every company to borrow as much as they can and be irresponsible because daddy government will always bail them out. This is the kind of moral hazard CCP wants to avoid. According to their own press, the collapse of Evergrande was estimated to not be a big problem for their economy. If the CCP is to intervene it might be to help the contractors, home buyers or people periphery to the company. Ironic that CCP is more capitalistic than America and actually lets comapanies fail.

I personally don't have a prediction but my hunch was that the CCP wouldn't bail out Evergrande and they will double down on this unless there are severe issues. I don't know how bad the spill over will be either. I guess we'll know before the end of October.