^ Not an expert of the alt right... but Peterson's reach extends FAR ABOVE the Alt Right. You may not like that he's not "fighting THE fight... but you can't take away the fact that he's a legit psychological clinician... and not a puppet teacher that just parroted a buch of textbooks to get his diplomas!

The man legitimately worked in the prison system, and consulted for multi million dollar companies. I'm not a fan of everything he says... but the man deserve the fame he has.
S

It's not in the interest of anyone making a living on youtube to have people stop consuming and start producing.


Leonard D Neubache said:
I stopped watching this stuff a long time ago and the effect was not dissimilar from ceasing to watch free-to-air television. You go to the source material entirely and you immediately realize that these youtubers are not thought leaders, they're thought monetizers. They just attach various feelz to sell the product.
Click to expand...

Converting commies with feels would be a better strategy. It would create unification and help us get back on track to ejecting cancerous policy and policymakers from making a presence.

It's only preaching (and leeching off of) to the choir

I've seen once of my friends a staunch tea party conservative while she was single in 2008, get married to a liberal man, and her views changed immensely. I mean, it must have been a relief for her to be able to fully implement her emotional modus operandi after divorcing her conservative (but still beta) 1st husband.

There needs to be a right wing crossover. Left wingers do it too easily because women have the power to vote.

I'm thinking something along the lines of parables by jesus or the parable of Samuel to King David silas be something that would work.


Leonard D Neubache said:
I stopped watching this stuff a long time ago and the effect was not dissimilar from ceasing to watch free-to-air television. You go to the source material entirely and you immediately realize that these youtubers are not thought leaders, they're thought monetizers. They just attach various feelz to sell the product.

Here's a question to ask when considering the content of anyone who makes a living based on their e-presence.

Do they ask you to do anything difficult? To make any personal sacrifices (other than to send them ebux)?

Or do they promote the underlying sense that merely listening to them speak The Truth(tm) means that you're on the right track?
Click to expand...

I think a lot of Stefan's material has encouraged people to do the hard work of self-improvement--reading/studying, putting in hours at work, trying to be attractive, cut toxic people out of your life (he got in trouble for that one). Your point is valid when it comes to the right but I think Stef is an exception.


MichaelWitcoff said:
They just read men’s articles and repeat the information on camera in revealing outfits.
Click to expand...

<sperg out time> This is the whole key to everything and I don't get why more people don't get it. People respond to Milo's allegations as if Lauren's sex life is what's at issue here (it kind of it, but it's a distant second or third).

She claims to be on the right, meaning pro-traditionalism, meaning among other things believing that men and women are inherently different in a way that justifies traditional gender roles, to some extent.

And what has she been doing with her prime fertility years? Getting men to write and produce her material in exchange for sex, while other men bankroll her in exchange for fantasizing about her. Basically prostitution with extra steps. But simply selling her body isn't even the most un-trad thing she's done here.

In selling herself she's directly promoted the false narrative that women can do anything that men can do, i.e. are interchangeable with men, except that women are beautiful. This is one of the central lies that props up globohomo.

Lauren Southern never had principles, she just hamstered herself into believing whatever would bring her fame, money, travel experiences, and access to high status men--no different than any other thot.

I like Candace. I've not seen her frontage and she seems to dress quite low-key. She also has quite close to the center of her corpus the importance of the family, though we're still not there. The husband seems quite serious, having donated £100,000 to The Brexit Party.

One thing I've been thinking of recently is the idea that it seems to me that many higher-end women who market themselves based on their looks as biological conservatives who have heard little if anything that would orientate those impulses into socially useful choices. These women tend to be a bit more sharp and not so taken by pussy-footing, self-deprecating leftism. They're not at odds with being self-interested, as opposed to leftists who can't confront their self-interest. But rather than being channeled into a long-term plan, a man, a family it appears self-interest get routed into status, handbags and all other manner of thottery.

Any insights on this?

Married at 28/29 is about what the Alpha-Fucks-Beta-Bucks lifestyle model optimizes them to do.

Good for her to use her mini-fame to attract the most high-tier man she could get.

Though as a side-note - welcome to the White tribe - my guess is that her smart genes will just dissipate into the "colonizer" ones. Moderate mixing of the races isn't particularly relevant and she certainly fits that nicely being attractive and smart.

However we should not forget that she is still somewhat of a leftist, just a more sane one. Turning Point USA is what the Zionists tell you should be the utmost right-wing in the country - anyone to the right of them is a Nazi of course. And again - I can hardly even blame her or the likes of Dave Chappelle (who I like) to repeat some globohomo talking points, since they control so much of the narrative. Once you go more to the right you think that this is the end of the rainbow of truth. And likely going further would bomb their careers, so maybe it's better. Not that Candace really needs a career now having married into more money.

Her husband likely has some natural Game and immense sexual market value, so who knows - they may stay happily married.

I just realized something seeing this mixed race couple (the body language seems right): the single guys here need to start marrying and procreating with ashkenazi women (and converting them to Christianity of course). It's the only way. Time to take one for the team. I can't cause I'm already married, but you guys can change the world.
C


rainmake said:
My wife Sonya and I decided to take vacation down to Florida to relax. Once we arrived in Tampa Bay, we rented a very nice house on the ocean. It was a 2 bedroom with a nice kitchen, and even had a nice Hot tub in a private room off the back of the house. It also had a short fence on each side of the back yard running about half way down to the water.

The first day we walked up and down the beach checking out the sites. We then got in the car and drove about a mile and there was a boardwalk and a little pier. We spent about 4 hours touring the little shops and checking out restaurants. There were quite a few good places to eat. Later on that night when we got home, we decided to mix a few drinks and sit in the backyard.

Then Sonya suggested we get our suits on and try out the hot tub. So, we went and got changed and grabbed our drinks and headed over to the screened in hot tub area. The tub was screened in on all sides except for the side that faced the ocean, so you could have your privacy and enjoy the view too! Once in the water we just relaxed in the water enjoying the sound of the ocean rolling on the shore.

Sonya was sitting across from me, so I grabbed her foot and began to massage it, then the other one. Then I got up out of the water and went and sat on the edge of the hot tub behind and began massaging her shoulder and neck, I could tell she was enjoying it! I continued massaging her while she enjoyed her margherita! Once she was finished with her drink, we got out of the tub and went and made a few more margheritas?
Click to expand...

How is Sonya doing? Any updates?

She's going to be devastated once she finds out that her husband is banned from the Roosh V forum.
S

I can’t wait for the sex tape.


ilostabet said:
I just realized something seeing this mixed race couple (the body language seems right): the single guys here need to start marrying and procreating with ashkenazi women (and converting them to Christianity of course). It's the only way. Time to take one for the team. I can't cause I'm already married, but you guys can change the world.
Click to expand...

That's the definitive way to fuck the jews.

She's not actually wrong, as conservativism is no ideology and is just a defensive posturing. They're yesterday's liberals essentially. Tho i doubt that's what she was getting at...

Atheist
Gold Member
^ The Playbook is out now! These women step in the political arena... state their beliefs, which are just right wing enough to not become dissidents à la Lauren, and snatch the highest value men around her running circles. Not Hatin... since I'd fallow the exact same playbook if I was a Woman wanting to settle down in our times! Modern day "Dropping the Handkerchief"!

That's the definitive way to fuck the jews.
Click to expand...

They're mostly batshit insane and very incorrigible. Not worth the squeeze but they do fuck like a sex piston. Had one from philly and was a natural blond/blue eyed beautiful & sexy petite woman with a great aura. Descended from polish/russian jews.

But what lies below is always juuuuust right under the surface ready to bubble up and show you why you should have stayed away.
Once should not make female wrangling a hobby or pursuit.
Very adversarial and invidious women.

Orthodox
Critical Condition got married and pregnant. That's great for her.

Roosh said:
Critical Condition got married and pregnant. That's great for her.

Pettibone is married too and Lauren Southern according to rumors is also moving in that direction.

Red-Pilled anti-establishment trad-pushing e-celebs actually could make excellent wives if they were not putting up a full fake persona. They are immune against mass media, against Hollywood propaganda and academia. They know about the lies of feminism and most have realized that women are not happy via career, notches or empowerment, but via family, husband and children.

Right-leaning e-celeb girls are some of the best wives you can pick - unless you find out that she lived together with two SJW-gays and had sex with everyone in the scene..... heh.
W

Roosh said:
Critical Condition got married and pregnant. That's great for her.

By the grace of God ... I have been blessed with ... having all of my prayers answered.
Click to expand...

These testimonials never stop to amaze me. We are really on the right side. Praise the Lord! 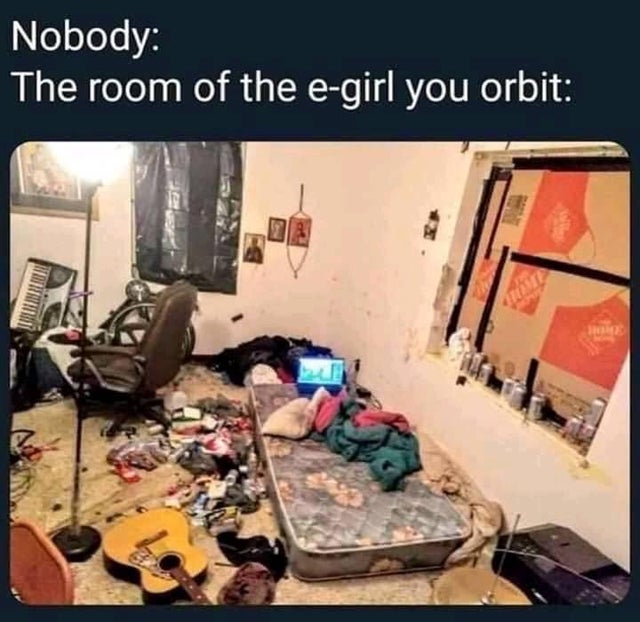