C-Note said:
I'm not sure if it's happening more now than in the past. Maybe. When I was in the Army (National Guard) back in the late 1980s, some of the guys in the training schools (basic, AIT, etc) I attended had stories of themselves or their friends hooking up with their high school or junior high school teachers. It could be that without social media, it was less likely for the teachers to get caught.
Click to expand...

Nowadays what sometimes happens is when the former student is old enough to go clubbing, they meet their ex teacher and bed them! I have read this occurs far more than most people realize.

C-Note said:
I'm not sure if it's happening more now than in the past. Maybe. When I was in the Army (National Guard) back in the late 1980s, some of the guys in the training schools (basic, AIT, etc) I attended had stories of themselves or their friends hooking up with their high school or junior high school teachers. It could be that without social media, it was less likely for the teachers to get caught.
Click to expand...

The opportunities have definitely increased, as has the level of female solipsism, to say nothing of the pro-sex pop culture these women have been exposed to, most having been born after the period you speak of. Even before smartphones the levels were likely lower, though I don't deny that it did happen.
T

I think there's plenty of evidence that incidents of pederasty and pedophilia are a lot more common in public schools than anywhere else. Including the Church. By no means am I defending the men, who masquerade as priests, who defiled young kids, they're terrible monsters. But, you can see the agenda as clear as day when the media emphasizes child abuse to appear mostly within the Church when its more prevalent elsewhere. "They" hate the Church, so, they'll milk this for all they can. Meanwhile, the boy scouts are literally dissolving in front of our eyes and are officially bankrupt because of the numerous abuse lawsuits. Of course, the Scouts didn't help themselves when they also became woke, but, the end was already in sight at that point.

The key inflection point was allowing homosexuals in. Once this was done abuse cases seemed to have exploded. Gee whiz, wonder why. I believe abuse in public schools is a lot more common than both the Church and Scouts combined. In fact, I suspect the true number far eclipses these other institutions. Moreover, given the track record of the media, I think abuse cases from the Church are very likely embellished. We'll never hear about the schools, at least from the mainstream media, because, they're in bed with the teachers union and the public schools. This kind of bad publicity must be avoided. This shows you what these people are truly made of.

The quintessential "journalists" of "spotlight", boston globe, only need to turn that very same spotlight on the schools. And if they were really concerned about the kids versus their political agenda and personal gain, they would, but, they don't. Again, for the aforementioned reasons. Specifically, it's the wrong institutions and people doing the abuse. So, the problem persists and more kids endure abuse. So much for lofty ideals.

Of course, the ultimate casualty is truth. Without an unbiased view of the situation, the primary causes of abuse remain hidden. True to form, the left muddies the waters with their identitarianism, putting monikers on everything, which serve their purposes of weaponizing abuse in order to obtain their goals. In this case, the undermining of the Church and, therefore, Christianity, which they've always hated and sought to destroy. This prevents us from distilling down the primary root causes and, worse still, our ability to confront this issue and effectively deal with it. Indeed, child abuse is something we'll never alleviate entirely, but, we could be in a much better position today in terms of minimizing it. Here we see a societal indictment.

The undercurrents I see, especially when you remove the monikers, i.e. Church, Priests etc, is the sexual revolution and homosexualism. Left out of the discussion is the FACT that the abusing "priests" committed acts of pedophilia/pederasty, but, also committed acts of homosexuality, which makes them...homosexuals. So now lets look at the general homosexual "community". It's utterly awash in flagrant sexuality, as well as, a very strong proclivity towards both pederasty and pedophilia. They literally write poetry about it. It's becoming an open secret that the formation of homosexuality frequently occurs when an older male "turns out" a younger male. These are actual acts of pederasty and pedophilia, by definition. More disturbing is you can see how ingrained this is in their community, in fact, it is nothing less than systemic. Put another way, the homosexual community is an engine for sexual abuse.

Why is this absent from the conversation? Well, its obvious, especially in today's environment. homosexuals are a "protected" class. We can lambaste and demean the Church all day about abuse, so long and only so long as it lands squarely on the Church. The fact that these men are homosexual can't be mentioned. But, that's the ultimate motivation. If they were not homosexuals with such desires than they would have never committed the abuse. Also, we know something about serial child abusers. They're attracted to the places they can find their victims. The Church isn't necessarily at fault here, rather, they have an infestation. But, when the Church eradicates this infestation, and I think they're doing a very good job at it despite the persistent headlines, the would-be priest will go somewhere else. Its that simple. And so, the abuse will continue and more kids will suffer.
Last edited: October 6, 2021 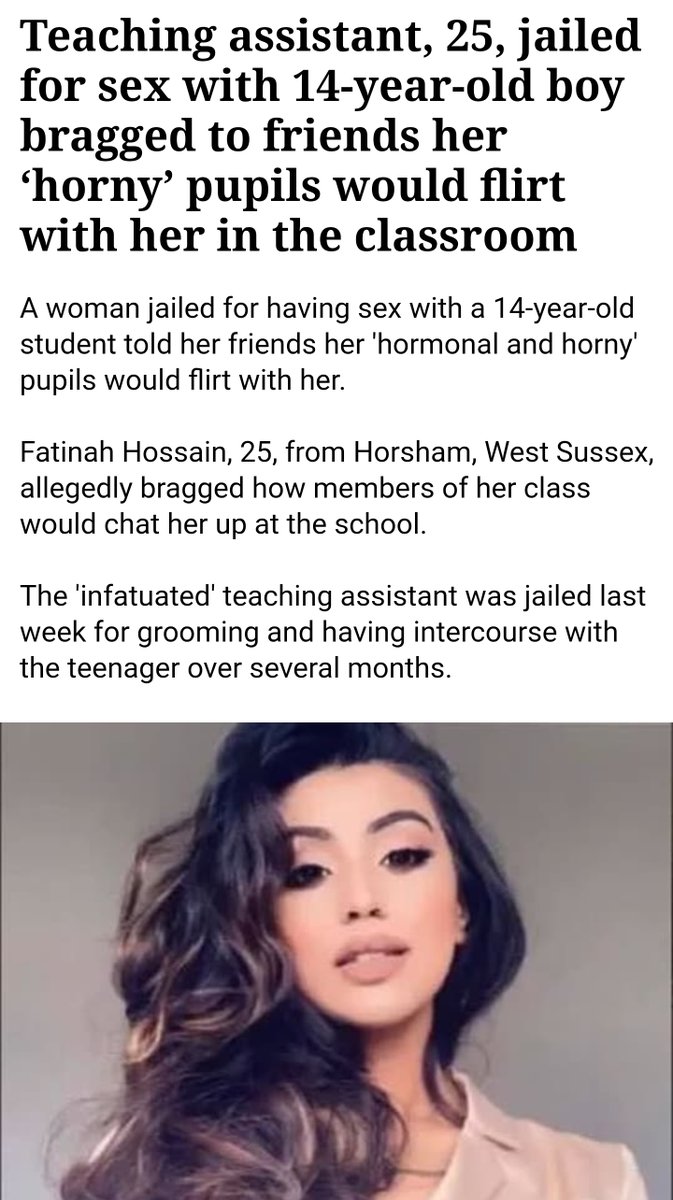 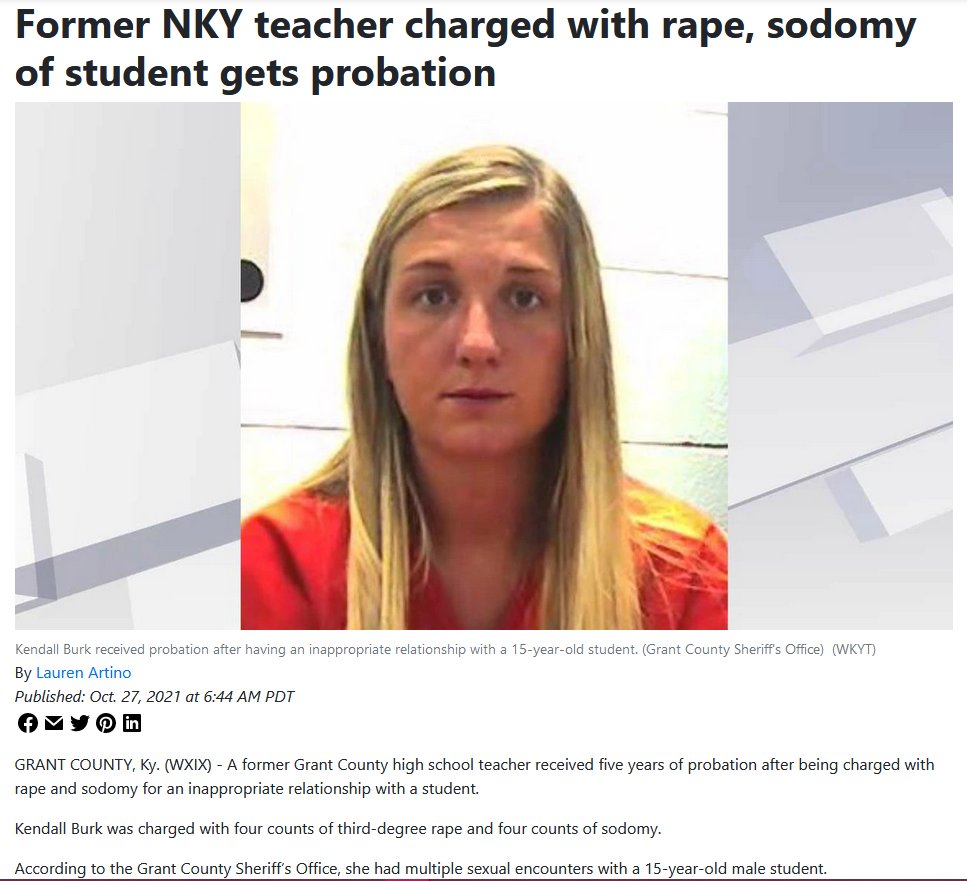 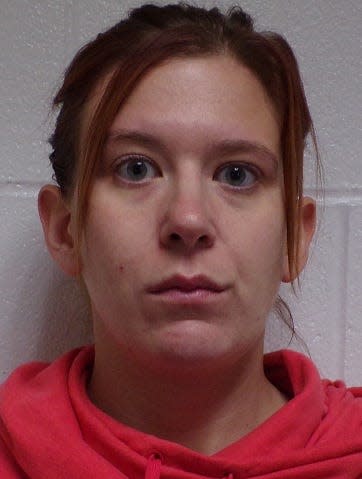 The former elementary school principal was arrested Tuesday on five counts of sexual misconduct with a minor.