TigerMandingo said:
At work someone brought up the Stonewall riots. I decided to make a joke and said “my uncle was in that.....he was one of the cops”.
Click to expand...

"My grandfather died in the holocaust...

He fell off the guardtower."

Gold Member
^ My German friend told me that one, made it funnier.

Orthodox Inquirer
There's this guy that I used to call a friend some years ago, he moved out of the country and since I quit FB we lost touch. He is an objectively smart guy, working in highly technical stuff while at the same time being well read and having good artistic taste (our initial bond was over this), and yet... Today he added me on Linkedin and first thing I see him post is about supporting LGBT and how our world is still plagued by homophobia, the necessity of being an ally and so on.

I often think about what separates us from guys like him that end up contaminated by modernity's virus. The only answer I can find is the grace of God. Make sure to thank Him for saving you from being just another NPC regurgitating cultural AIDS.

Gold Member
FYI Stonewall was a den of child/teen male prostitution, IIRC that was the main reason it was busted by the local authorities.

It's the same thing with Harvey Milk, who was a pedo predator with a prediliction for young flesh at the Greyhound station. Now he's some kind of saint with freakin US Navy ships named after him. Puts the full meaning on E. Michael Jones saying the US armed forces are fighting for the Gay Disco.

Easy for you to say mate!

How soon can we throw all these freaks, degenerates, deviants and demons into the bog where they belong? Their antics annoy me!
K

Seeing this thread made me wonder, why did I support this mental illness? Oh wait, I was blue pilled back then.

MusicForThePiano said:
I just don't give a fuck anymore, I just tell everyone who asks or brings this up to me how much I hate this shit and explain to them why, in the least vulgar manner for as long as I possibly can.

Remember, its high risk to talk about this publicly, but for every high risk gambit, there exists a high reward.

Haven't had anyone disagree with me so far. I would consider this a high-risk high-reward situation.

If any of you are the gambling type, I would suggest you be as vocal as you are here in person with your peers and acquaintances. If you cannot due to work, where you live in fear of facing repercussion, then change those circumstances so that you can express your liberty through your speech.
Click to expand...

if you cannot at work , then use every mean possible. talking to a taxi , talking to some tourists , talking to a shopkeeper far from your home , talking at people in stadium etc....
the more people see that it is not such a big deal to hate gays and that actually it so many people hating this shit , the easier it will be to open up

Renzy said:
I gather that most of the men on here are single, but with the change in direction of this forum, some of you will be starting families. I have to say - you may think you are conservative now, but just wait until you have kids. Watching the way they are trying to market this stuff to children, and boys especially, really makes me hate these people.
Click to expand...

I have had a kid in the past two years and besides the ethnic reasons there is also a very good sociopolitical reason why i won't raise my kid in the west.

I think it's very degenerate now.

Asian countries have their issues for sure but you can still exist in a traditional conservative community of middle/upper middle class people without having this type of shit forced onto you.

Even with the soft acceptances of trannies in asia the people aren't clamoring for political acceptance of bearded gay men with wigs on to bounce young kids on their knees as a sexual fetish while reading Dr. Seuss. There are social and deeper cultural boundaries there that are still maintained in ways that I think much of the anglo orientated western world has lost already.
Click to expand...

Welcome to the club . However you can still find some reasonable parts of Europe where this shit won't be marketed. Mostly outside the EU.
Many times my friends ask me why I don't come back to France and i get away with jokes such as " I dont have a vaccine for Ebola" or "I dont want my son to join ISIS" or "I dont want my kids to turn gay" . Everyone knows these are jokes but almost everyone I talk to knows there a bit a truth in it

Besides the sexually degenerate thing , there is way too much alcohol and drugs in the West to live in a healthy atmosphere

Gold Member
I can’t wait for this stupid month to end. I’m getting bombed with gay propaganda on all fronts. It’s coming in my email, LinkedIn, Facebook feed, rainbows all over the NYC subways and Path trains.

I just read an article that says Americans overestimate the number of gays in the country. They estimate about 25% of the population is gay but actual census says it’s more like 4.5%. They must have a serious marketing campaign going on.

Gold Member
Yeah when did they take over June? I thought it used to be in April (Gaypril)?

Even my Dad noticed this and asked me why there was suddenly so much gay this and gay that on TV.

A pity because June is one of the best months. These faggots ruin everything.

Now I know why people voted for Hitler in Uber-gay and licentious Weimar Germany.

The same political leftists who support putting up gay flags on public buildings are the same ones who want to remove historical cultural monuments and even religious aspects everywhere. Take the george Washington murial in sanfrancisco, removing the civil war statues etc. Renaming Christmas to X mas or happy holidays. Which holiday are you celebrating ????? They all do this in the name of diversity and say not everybody supports this. Yet putting up a flag and making an effort to put the rainbow everywhere is plain hypocrisy.

Parlay44 said:
I can’t wait for this stupid month to end. I’m getting bombed with gay propaganda on all fronts. It’s coming in my email, LinkedIn, Facebook feed, rainbows all over the NYC subways and Path trains.
Click to expand...

Would you like to hold me until it's over?

Of all people, you should know that the plural of poontang is poontang. 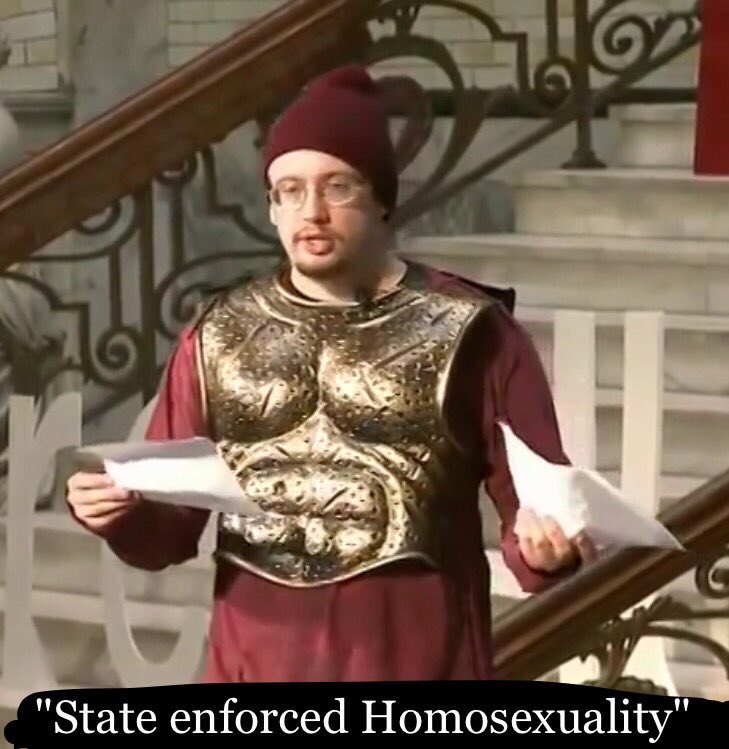