To coincide with my post. This opinion piece from the NY Times calling for gay reparations.

As I said in my piece, it's about establishing an equal footing and then punishing the oppressors.

They will not do anything about social media censorship because it would wreck their plan. I don't believe Trump will be able to do anything. The only option is to continue to unplug from the mass media matrix and connect with others.

Gold Member
Sex for its own sake is also part of the depopulation agenda, so movies like "Superbad" are also part of the depopulation agenda. They're from the wave of sexual "liberation" that started out in the late 60s with the likes of Playboy, which sold a lifestyle of hedonism and carousel riding/notches for men that actually is exactly like the gay male lifestyle, characterized by serial sterile low-commitment sexual pairings.

"Not settling" is even more toxic in terms of depopulation than full-on homo, because it affects a much bigger segment. So Jake, you're right, but there is a bigger picture here.

On Thursday Barlow posted a picture of his LGBTQ tribute, next to a touching message on Facebook, and the post quickly went viral. By Saturday afternoon, it had been shared over 44,000 times.

“I live in a rural area in Oklahoma, surrounded by small towns in every direction, and I’m sure this is not a very welcome message around here, but this is going to be displayed on my truck for the entire month of June in support of pride month,” he wrote, adding that it is important to him to show his support "because countless people have dealt with hatred and judgement simply for who they are, and/or who they love, for far too long. "
Click to expand...

Gold Member
"Transgender children are like Vegan cats - you know it is not them making the decision!" - PJW

JakeHighwell said:
I think gay pride month plays into a bigger effort to cull the population of Western countries. As you saw in the video earlier in this thread this type of behavior was considered abhorrent and a form of mental illness a mere half a century ago.

We are now on the doorstep of the next phase of the campaign which is the normalization of pedophilia and the demonization of those who object to the homosexual lifestyle.

The ultimate goal of minority groups who have been oppressed is to gain dominance through whatever means necessary and enact revenge on the oppressors. We see this dynamic playing out in real time today.

One aspect that is important to understand is that the societal difficulties that have been encountered in the last two decades in the realm of dating and relationships have direct ties to efforts to cull the population.

Why do the elites want to cull population? I don't really know. I do know there is empirical evidence that this is the case. My best guess is that it has something about control. The fewer people you have the easier they are to control. The less masculine men you have, the easier it is to conquer. The fewer people you have, the less earthy resources are used. The more break the traditional bonds of society, the more you have neurotic and mentally ill people who quarrel with each other. The more you dilute IQs via the gene pool the more ignorant and subservient the masses will be.
Click to expand...

These two points stood out to me a lot, because my analysis is strikingly similar to the wording.

Though a homosexual might think that they are turning the tables on 'breeders' by projecting and bitching into oblivion until they are somehow superior to everyone else in a legal hierarchy, that entire hierarchy is just a fabrication by the powers that be who wish to, like your second point, cull the population.

While certain (((bloodlines))) remain unaffected by dilution, deviancy, and manufactured wars, the rest of the billions of "useless eaters" are not privy to such havens from destruction.

It is the most logical conclusion when you understand the nature of evil.

Dedicating a month of the calendar to such disgusting acts and deathstyles is a mockery at best. Like I said in an earlier post, everything of evil is a mockery of everything that is good. You can always tell where the alignment of an act is based on its antithesis.

Every value the specials and their various clown armies have, every thing they hold dear, at least now in the present day, is based on this formula.

The whole end goal of homo's antifa sjw or whatever has no bearing because the goals of the collective will override all of these useful idiots' agendas. The end goal of the collective is a complete power over all of humanity, subjugation of free will, who gets to breed and who doesn't, who gets to live and who dies, who performs what utility, and who is where on the pyramid, in essence they desire to become God. Everything in motion now is the chaotic part of the culling. We won't know what hit us until the culling is over, if any of us or our descendants are alive and cognizant after it finishes.
C 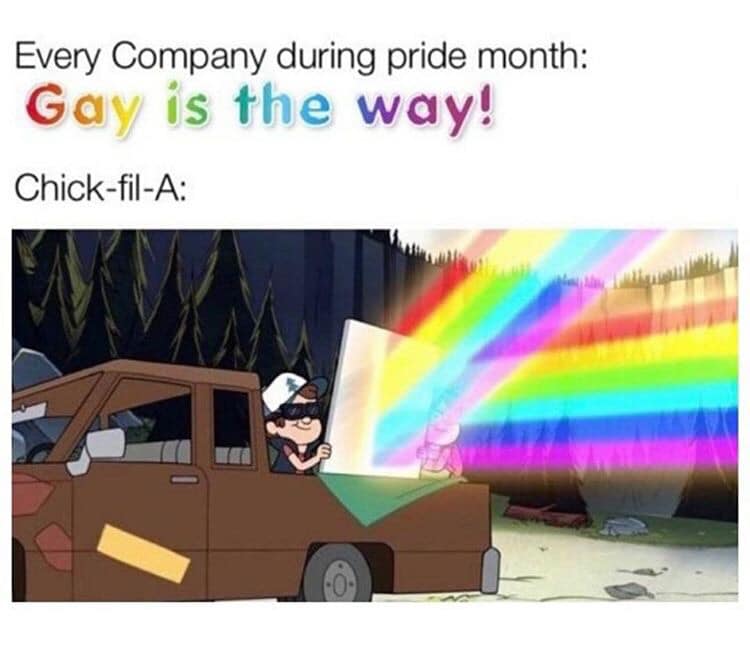 In Vienna, Austria, about 200,000 people (of a population of approximately 2 million) joined the gay pride parade. I preferred to spend the afternoon with then conservative counter-demonstration of ... 200 people. If it would have been 1:10, or 1:20, it might have felt somewhat awkward. At a 1:1,000 ratio, however, it starts to feel heroic.
E

Orthodox Inquirer
Is it a coincidence that Pride Month coincides with the end of the school year?

I just checked and it seems June was chosen because that's when the Stonewall riots happened, but it seems very convenient for a population segment that reproduces through childhood and teenage scandal and trauma by exposing them to early sexualization, to set their big propaganda month to when kids are finally released from day-prison and have some free time.

Although, I guess it becomes less relevant by the year because the prison indoctrination is now full on with this stuff all year.

And I dont watch the new top gear since Jezza and co left. I dont remember them showing of faggots on Top Gear during their time either.


That show used to kick ass.

***I spoke earlier in this thread at length about efforts to control populations by injecting narratives. The trending message this morning is that Swift is supporting the Equality Act and LBGTQ***

This is inherently dangerous for many reasons. Most specifically the cohort that supports her music. This comes off efforts in the last month by Ariana Grande and Miley Cyrus to support abortion.

Here is a lyric excerpt from the Swift song

You are somebody that we don't know / But you're comin' at my friends like a missile / Why are you mad when you could be GLAAD? / Sunshine on the street at the parade / But you would rather be in the dark ages / Makin' that sign must've taken all night.
Click to expand...

This is an outright attack against traditional values. [/quote]


That show used to kick ass.
Click to expand...

I literally couldn't believe what I was watching, when I was a teenager watching this, it just seemed like some mishap would happen along the way and would try to avoid doing it and was all going to be a big joke. I didn't expect to even lift an inch.
If you're going to have a licence fee and near unlimited budget, this is how you use it.

Solitaire said:
When did this become a thing, that governments of countries fly any flag other than the official flag(s) of the country? I've been in Playa del Carmen, Mexico, for the last three weeks and have a few more days to go (staying with my brother and getting affordable health care + medications as well as a much-needed break from work/USA culture BS). I wish I'd paid more attention, I would stay here the whole month.
Click to expand...

There is a federal statute that prohibits any flag from flying above the U.S. flag within the United States. I became aware of this statute about a decade ago when the Mexican flag appeared above the U.S. flag at a major stadium in my area. Liberals push the boundaries wherever they can -- and believe that the law does not apply to them (because of their purported moral superiority). 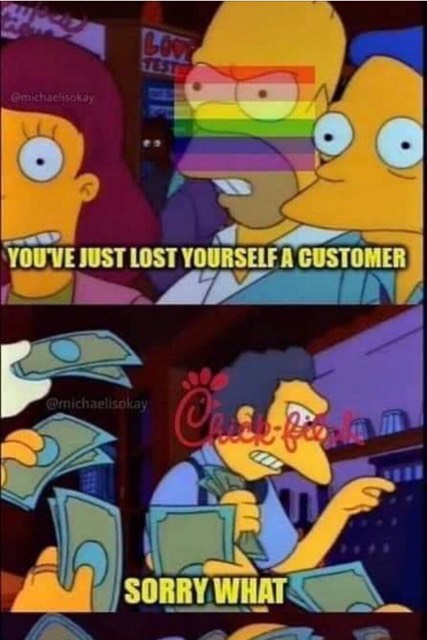 RAQQA, SYRIA—A Navy SEAL Team recently expressed regret in showing support for Pride Month after their new uniforms gave away their position in a covert operation to infiltrate an ISIS stronghold. Seal Captain James McKeever says they endured heavy gunfire after the little rainbow flags poking up off of their shoulder area drew the enemy's attention. "The whole mission was a bust. We barely made it out alive."

The SEAL team is now being investigated for hate speech after expressing such clearly unpatriotic and anti-gay opinions. "To refuse to wear a bright, rainbow-covered frog suit on a covert ops mission is the definition of anti-gay bias," said investigator Janice Gillespie. "They will be duly reprimanded."
Click to expand... 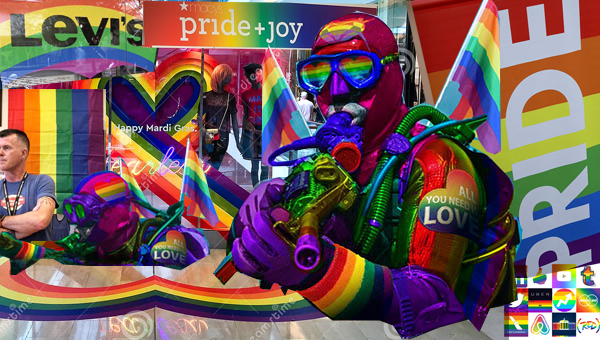 Unfortunately, that parody is not far from the truth. Last week was DoD Pride at the Pentagon. No joke.
They've been doing this since 2012, Trump election notwithstanding. The Pentagon itself is now occupied territory.

Gold Member
I recently watched the film "Experimenter," which is a 2015 American biographical drama based on the 1961 Milgram experiment. The film is based on the true story of famed social psychologist Stanley Milgram, who in 1961 conducted a series of radical behavior experiments at Yale University that tested the willingness of ordinary humans to obey an authority figure while administering electric shocks to strangers. From the screenplay:

The results are terrifying and depressing. They suggest that the kind of character produced in American society can't be counted on to insulate its citizens from brutality and inhumane treatment in response to a malevolent authority.
Click to expand...

Bear in mind, these test subjects were average God-fearing Americans of 1961. Instead of communist socialists or Nazi socialists, we now have corporate socialists seeking to control all aspect of society, including what we think. You can no longer count on the common-sense of the American public (if you ever could). They will hesitate, sigh, tremble, and groan as they comply with the wishes of their masters -- and throw that metaphorical 450-volt switch.