Gold Member
I know, I just think it's a mistake to constantly disavow identity politics.

We mock communists because "yeah it's nice idealism, but it just doesn't work, human nature is incentive based".

We should mock multi-culturalism the same way... "nice idealism, but doesn't work because human nature is tribal."

Every society that has fallen (Greek, Roman) has been chock full of Godlessness, homosexuality, pedophilia, and debauchery.

That's where we are!

Despite all previous attempts of the LGBT community to portray themselves as simply being attracted to the same or both sexes, there is only abomination and perversion. That their sexual orientation must be celebrated is enough to warrant suspicion from all natural heterosexuals. That every gathering of gay pride is invariably accompanied by displays of kinks, fetishes, and lascivious behavior is a warning sign in neon lights that the community is a threat to society at large and undermines the "wholesome" message of one/same love they so duplicitously broadcast to the masses.

WalterBlack said:
I wonder if this is peak gay? Maybe next year this won't be as big because gays can see they're patronised so they won't buy things, and the average straight person would never buy that shit anyway.
Click to expand...

I can imagine someone asking this question of themselves 5, 10, 15, 20 years ago. Most people back then would have thought they were near max public gay expression.

JakeHighwell said:
Every society that has fallen (Greek, Roman) has been chock full of Godlessness, homosexuality, pedophilia, and debauchery.

Lots of societies that have fallen have just been weaker, less lucky, or less resource-rich than their conquerors.

The relative strength of a society is what allows it to exercise debauchery to a full extent.

JakeHighwell said:
Every society that has fallen (Greek, Roman) has been chock full of Godlessness, homosexuality, pedophilia, and debauchery.

You're not wrong.
My favourite female academic by far.
D

Some Chicago cop is not going to be happy working their beat in this... 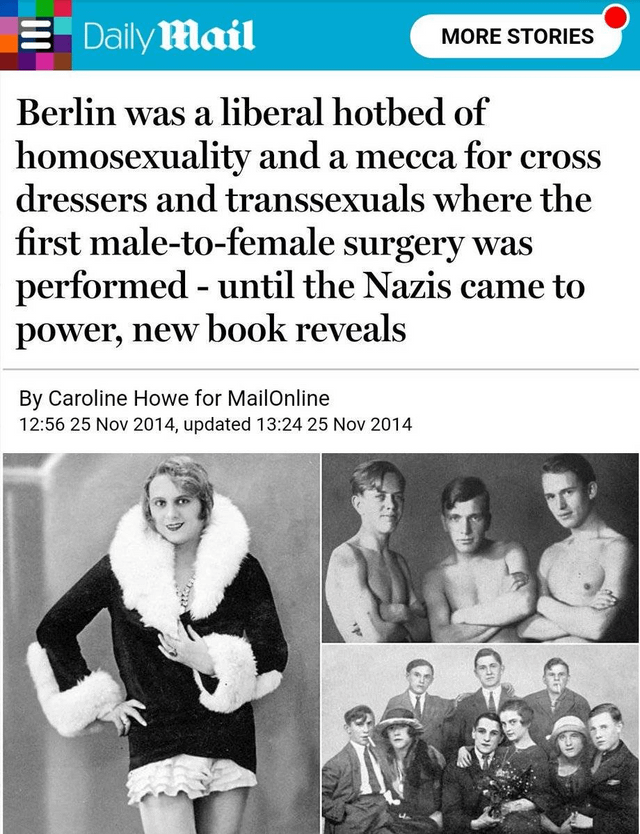 I don't think that quite makes the point they want it too. It helps dog whistle morons who are convinced in "Orange Hitler" but the stronger implication is that this kind of thing leads to a societal revolution and totalitarianism.

Orthodox
John Hancock rolling over in his grave.

I’m now seeing bakeries in NYC with rainbow colored cakes. Walked by Bouchon and they had one. Lost all the respect I had for Thomas Keller.

dfw1 said:
Some Chicago cop is not going to be happy working their beat in this...
Click to expand...

This is very true and this will be ridiculed in many of Chicago’s police districts. I know a lot of Chicago cops and they are not happy about driving those new Ford Explorers with that rainbow on the side.

Aussie Students Penalized by School for Not Wearing Pro-LGBT Clothing


Aussie Students Penalized by School for Not Wearing Pro-LGBT Clothing

A western Sydney high school has come under fire for a rainbow mufti day where children who did not wear multi-coloured clothing were expected to pay more.

One Nation MP Mark Latham lashed the school for inflicting ‘political punishment’ on its students after a note was sent to parents explaining the donation system.

The letter said pupils who wore an item of rainbow clothing were ‘expected’ to donate $1, while those who wore mufti without rainbow ‘will be expected to donate $2.’

Mr Latham told 2GB’s Alan Jones rainbow colours have ‘become a political symbol for the identity politics of the Left’.

‘This is sort of an extraction system, a punishment for people who don’t participate in what clearly is a left wing movement,’ he said.

Mr Latham said people could wear rainbow all weekend and children should be expected to wear uniforms at school.

But, he said, ‘if they’re going to have a mufti day, treat everyone equally and don’t put a political punishment on those who would feel uncomfortable wearing the left wing colours of rainbow’.
Click to expand...

Gold Member
It is a Satanic sign indeed that the homosexual lobby has culturally appropriated the rainbow as a symbol of aberrant and barren sexuality. The rainbow was the natural wonder that God decreed as a sign of his new covenant with mankind after His utter destruction of mankind after the great flood. This Satanic appropriation of the sign of God's covenant with mankind did not happen by accident. Foul and detestable forces are at work.

The homosexual movement, a debasement of human sexuality, is a manifestation of this ebb and flow of great evil throughout the history of mankind.
M

There must be a way to subvert their use of the rainbow? Make it backfire so that everyone thinks of the true homos/deviants: disgusting disease mentally ill freaks. The left and big deviant plays nasty, and we won't win by playing nice.

Perhaps escalation is the key, that usually is the answer in most scenarios. If someone started posting pictures of AIDS-ridden fags or diseased penises, or perhaps even gays fornicating in all public venues and wrote "its ok to be gay" under the picture, this would have a visceral effect on the normies. It would start to dissociate them from all the fake spoon-fed positive images from the MSM. This operation would have to be done en masse in every major city across the US at the same time to have any kind of effect.

Seeing how they hated the "its ok to be white" thing, this tactic could also work to stop the approaching pedo-legalization if someone made a poster of a child being harassed by an older gay man and wrote under it "its ok to be a pedophile" and also proliferated it throughout the country to shock the normals. It would have the opposite effect.

Gold Member
Part of the reason the rainbow is being used is its appropriation as a symbol for the noahide laws, the 7 colors of the rainbow standing for the 7 noahide laws. 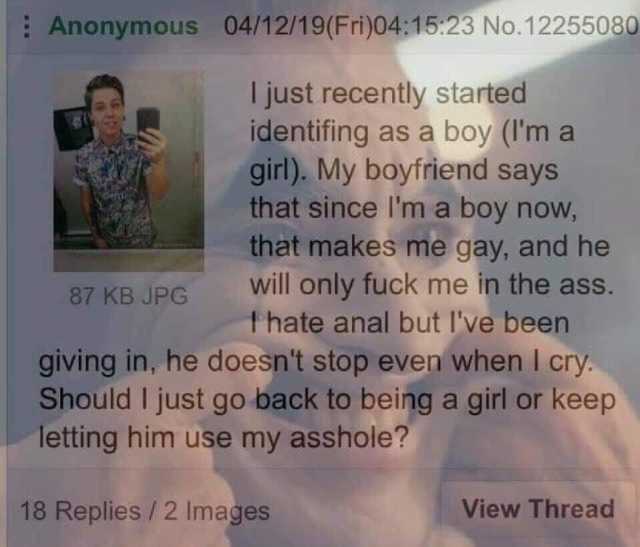 Gold Member
I thought pride was for accomplishments and achievements earned through hard work and sacrifice. Seems to me that the word has been hijacked.
Share:
Twitter Email Share Link
Top