Everything we do in life is either more towards celebrating the good or towards sin since everything we do have symbolic meaning. Its not simply about avoiding sin.

Gold Member
Had no idea Colonel Sanders of KFC fame was a Christian. He was Chik Fil A before Chik Fil A 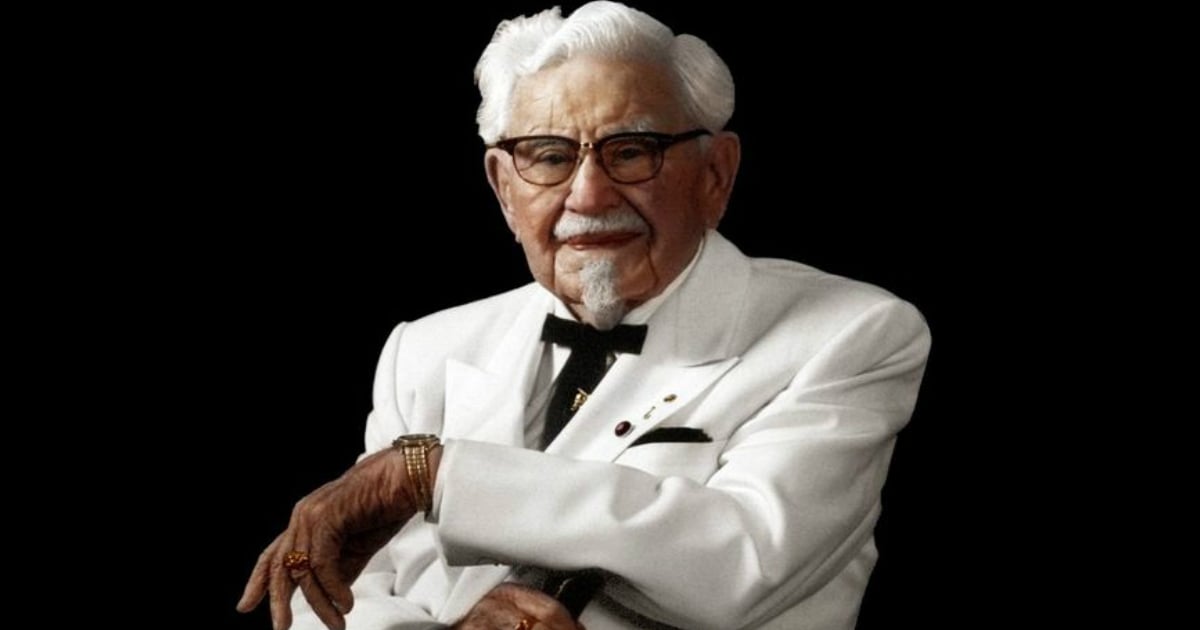 The Facts About KFC Founder Colonel Sanders' Faith In God

Few know the true story behind KFC founder's rise to finger-lickin' fame. And hearing how Colonel Sanders accepted Jesus Christ into his heart is the best part.

Now that Colonel Sanders was a successful business man, you’d think he’d be satisfied. But something inside him still yearned for more.

The Colonel started attending church, and befriended a pastor by the name of Waymon Rodgers. At one service, Waymon knelt down next to the Colonel, asking if he’d like to be born again.

“I really would. Do you think that Jesus could save me to the point where he would take away my cussing?” the Colonel tearfully replied.
Click to expand...

The man was known for having a pretty foul mouth. But something special was happening that night.

“Colonel, God is going to save you tonight and you'll never cuss again,” Pastor Waymon told him.
Click to expand...

And in that moment, Colonel Sanders accepted Jesus into his heart. He’d finally found the fulfillment he’d been seeking his whole life.

A few days later, he told the Pastor how everything had changed.

"Since I prayed the sinner's prayer, things have completely changed in my life,” he said to Waymon Rodgers. “I have not cussed even one time since then. It has really made a difference with me.”
Click to expand...

Orthodox Inquirer
Gold Member
It's always worth taking a strong hand with a woman. 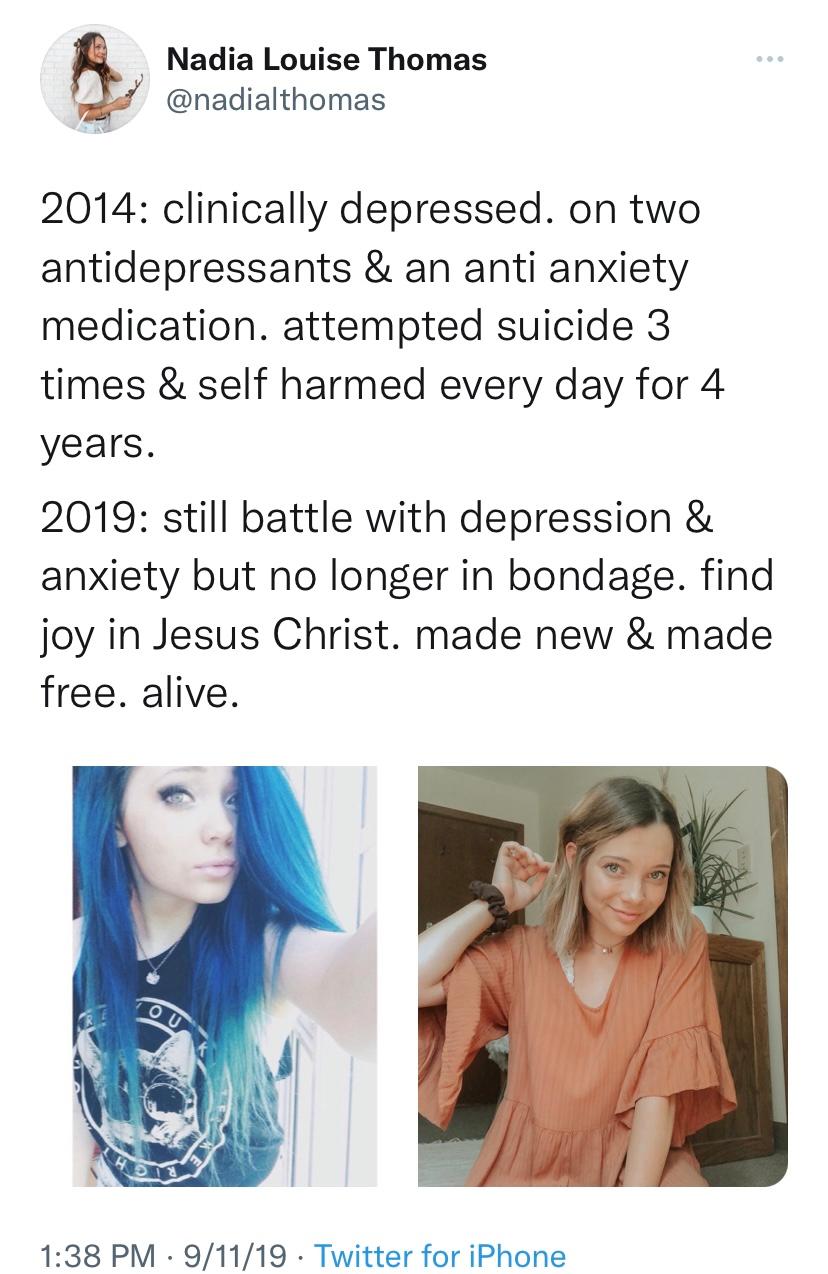 I finally did confession and received communion today for the first time in 14 years. I didn't want to go into the church while living in mortal sin, but through the grace of God I am on the right path.

Much of His work was done through people like Roosh and EMJ, whom I am blessed for finding. Thank you to everyone here as well for being good influences in my life, albeit digitally.

My family has fallen away from the church and I pray they find God again. The cv psyop has widened the gap between us and I worry it will become an impasse in the time to come.

SeaEagle said:
I finally did confession and received communion today for the first time in 14 years. I didn't want to go into the church while living in mortal sin, but through the grace of God I am on the right path.
Click to expand...

I've been trying to stay in the state of sanctifying grace for 8 years now. It's a constant battle, for every two steps forward I take one step back, but I remain faithful. There's still a long way ahead of us, pilgrims in this valley of tears.

Churches are still closed here and will more than likely require passes or some other stupid method of entry. I am worried I will never be able to receive baptism let alone communion.

Didn`t know where to put this, but I wonder what you guys think of medical autopsy`s? Are they unholy, and should Christian`s reserve themselves against having it performed on them? (to the extent that this is possible) I tend to lean towards that it`s not right. I don`t like the idea of my remains being disturbed etc.
D

How can anyone deny the evidence that the anti-Christian culture is Satanic any longer?

The use of the word Pride to describe such an abomination is clearly intentionally.

I don’t know where else to post this. I was recently in St. Louis and stopped at the Gateway Arch. This man was there, dressed in white from head to toe, holding a flag with the cross on it, and a Bible by his feet. He was standing so still I thought he was a statue, until I said good morning and he responded in kind. I looked it up and saw the below post from 2014, apparently his name is Brad (he’s still there every Sunday, seven years later). Has anyone else seen him or know of him? 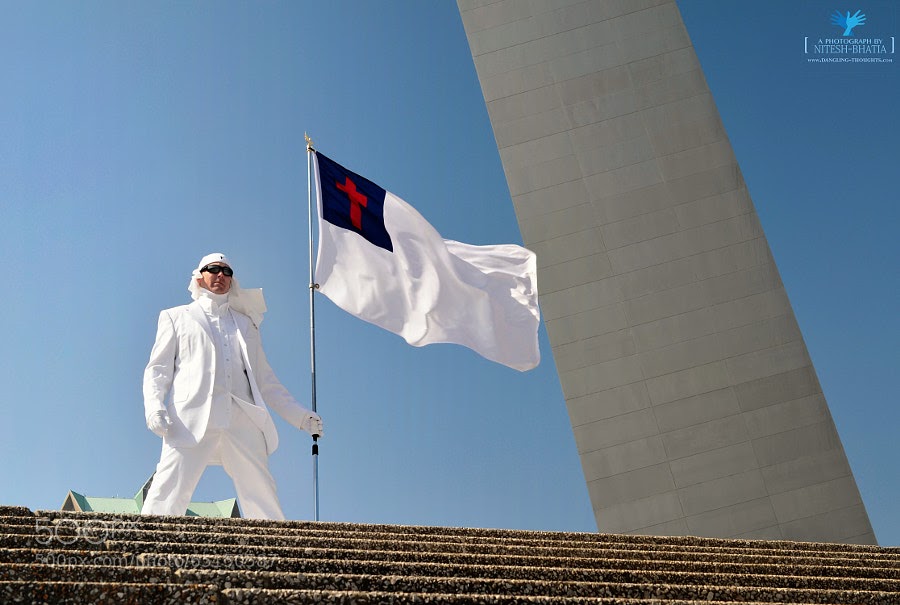 "The biggest trick the devil pulled is to convince people he doesn't exist." Oh boy don't we see the fruits of that.

Coja Petrus Uscan said:
It's always worth taking a strong hand with a woman.