"The Great Reset" plan by the World Economic Forum

Gold Member
Not buying the releasing a superbug like H5N1 theory. I remember the panic back in 2005. It ended up being a nothing burger. If that’s what the elites wanted they would’ve done it already. But as many have already said, it can’t be controlled. You’ll kill your henchmen that you need to propagate the hoax - blue politicians, those in the media etc. A pandemic of statistics is what they’ve done instead. And look at how it’s worked! Then they can force a “vaccine” on people, which they can control who gets what, and that’s where the payload will be.

Gold Member
It feels like the whole pandemic narrative has really lost steam the last couple months with bumbler in chief's speech last week being the last gasp.

Unfortunately that means the next crisis whatever that may be is coming else the news cycle will be increasingly flaccid.

Heads on swivels men as something wicked this way cometh I fear.
Last edited: Monday at 11:58 AM

Orthodox Inquirer
Apple is saying we must update iPhones to prevent a hack from this Israeli company named NSO which will sent a pdf that will upload pegasus spyware to your device. https://www.pcmag.com/news/update-now-apple-patches-ios-mac-attack-that-uses-malicious-pdfs-to-hack.

So basically, if you don't upgrade your phone to allow apple to spy on you, then you are going to get spied on by this private company. I am calling their bluff, I'm not going to upgrade. They are going to have to send a spyware to me or shut my phone off lol. Maybe it could be a precedent to the next cyberattack.

We need to see a weekly closing below the reversal in the general area of 34144. Without that, we must be mindful that the smart money is starting to smell a rat here with this entire Great Reset and the COVID Scam. This entire thing has been orchestrated to default on national debts and to replace pension funds with Guaranteed Basic Income. These people are NOT that smart. They failed to take into account the rapid rise in inflation. On top of that, extending the unemployment and paying bonuses has contributed to the shortage in labor which in turn is causing wages to rise and adding to the entire inflationary spiral. This then feeds back and undermines the policies of the central banks.

This is what we get when academics think they can change the world economy in a matter of 2 or 3 years without understanding how it even functions. They have rejected Adam Smith's Invisible Hand because they want to be able to manipulate society. They have NEVER been satisfied with the idea that it unfolds and evolves on its own. As for Schwab trying to accelerate the 4th Industrial Revolution, it appears he is afraid of death and is praying for this transhumanism to extend his life. Schwab was born on March 30th, 1938 so he is already 83 years old and the clock is ticking.

SO let's be mindful here that this could prove to be a bear trap when enough capital sees that government debt is worthless as-is cash and on second thought, where do we place the money in the wild scenario?
Click to expand...

Orthodox Inquirer
Someone woke up late

Papaya said:
It feels like the whole pandemic narrative has really lost steam the last couple months with bumbler in chief's speech last week being the last gasp.

Unfortunately that means the next crisis whatever that may be is coming else the news cycle will be increasingly flaccid.

Heads on swivels men as something wicked this way cometh I fear.
Click to expand...

The last major psy-op/ritual was 9/11. We just witnessed 3 in BLM riots/rigged elections/plandemic. The greatest of these is the plandemic. I think they will keep milking this for a while and then will debut something special for us by 2030.
D

GodfatherPartTwo said:
The last major psy-op/ritual was 9/11. We just witnessed 3 in BLM riots/rigged elections/plandemic. The greatest of these is the plandemic. I think they will keep milking this for a while and then will debut something special for us by 2030.
Click to expand...

Pretty sure some kind of giant mosquito plague or 2 long hornets whose eggs were trapped in the mammoths stomach will come to life.

Firm raises $15m to bring back woolly mammoth from extinction​ 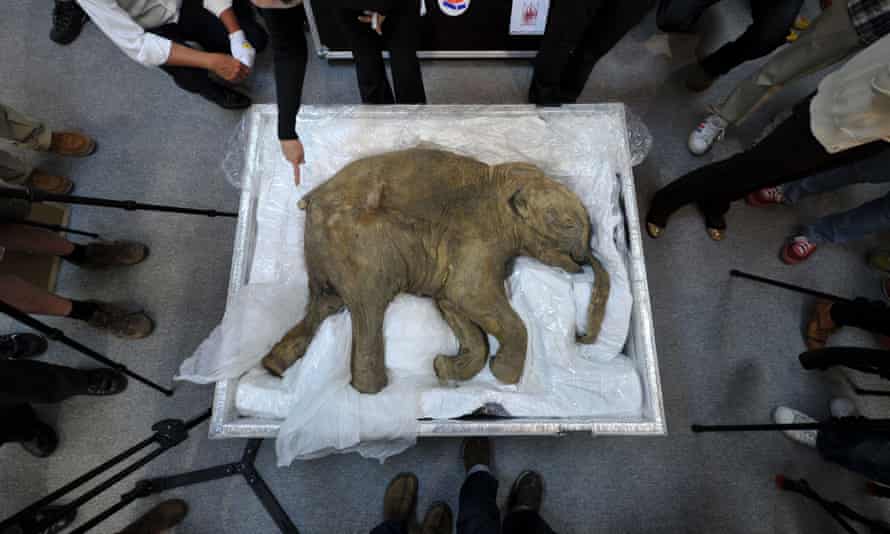 Ten thousand years after woolly mammoths vanished from the face of the Earth, scientists are embarking on an ambitious project to bring the beasts back to the Arctic tundra.
The prospect of recreating mammoths and returning them to the wild has been discussed – seriously at times – for more than a decade, but on Monday researchers announced fresh funding they believe could make their dream a reality.

The boost comes in the form of $15m (£11m) raised by the bioscience and genetics company Colossal, co-founded by Ben Lamm, a tech and software entrepreneur, and George Church, a professor of genetics at Harvard Medical School who has pioneered new approaches to gene editing. 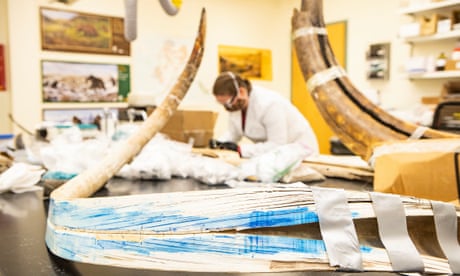 Woolly mammoth walked far enough to circle Earth twice, study finds
Read more
The scientists have set their initial sights on creating an elephant-mammoth hybrid by making embryos in the laboratory that carry mammoth DNA. The starting point for the project involves taking skin cells from Asian elephants, which are threatened with extinction, and reprogramming them into more versatile stem cells that carry mammoth DNA. The particular genes that are responsible for mammoth hair, insulating fat layers and other cold climate adaptions are identified by comparing mammoth genomes extracted from animals recovered from the permafrost with those from the related Asian elephants.
These embryos would then be carried to term in a surrogate mother or potentially in an artificial womb. If all goes to plan – and the hurdles are far from trivial – the researchers hope to have their first set of calves in six years.
“Our goal is to make a cold-resistant elephant, but it is going to look and behave like a mammoth. Not because we are trying to trick anybody, but because we want something that is functionally equivalent to the mammoth, that will enjoy its time at -40C, and do all the things that elephants and mammoths do, in particular knocking down trees,” Church told the Guardian.
The project is framed as an effort to help conserve Asian elephants by equipping them with traits that allow them to thrive in vast stretches of the Arctic known as the mammoth steppe. But the scientists also believe introducing herds of elephant-mammoth hybrids to the Arctic tundra may help restore the degraded habitat and combat some of the impacts of the climate crisis. For example, by knocking down trees, the beasts might help to restore the former Arctic grasslands.

Not all scientists suspect that creating mammoth-like animals in the lab is the most effective way to restore the tundra. “My personal thinking is that the justifications given – the idea that you could geoengineer the Arctic environment using a herd of mammoths – isn’t plausible,” said Dr Victoria Herridge, an evolutionary biologist at the Natural History Museum.
Click to expand...