We require a new entry into the urban dictionary for not giving a damn...
Hillary who?

From the Aretha Franklin funeral, memorial thing or some such.
Click to expand...

Hahahah. Don't agree with his politics, but gotta agree with that horndog's expression though. WB.

Damn, Rev. Jackson not impressed. That is WNB: The Face.
E

Damn, Rev. Jackson not impressed. That is WNB: The Face.
Click to expand...

Look at his eye motion going up and down on Rev Jackson.

To me the "frowning" face is the face of a man deeply pondering all of the different positions in which he would bang.
J

Damn, Rev. Jackson not impressed. That is WNB: The Face.
Click to expand...

I don't know. Jesse looks a bit fatigued & sickly. Like he could catch up on some sleep, exercise and improve his diet I'm not sure. I know he's no spring chicken, but for some reason that expression he has looking at Ariana reminds me of this: Watch that GIF a few times, everyone one of them eye fucks her. Even the guy on the right tries to hold back and then right at the end he goes in.

Other Christian
Gold Member
On the other hand...

Even a good chunk of the black community knows that although Al Sharpton & Jesse Jackson may have helped the community once in a while, generally they have made a living off of race pimping. So anyone with a brain is gonna take this with a grain of salt. The liberals have these guys by the palm of the hand.

Orthodox
Gold Member
In case if anybody missed this part...

These guys can't even show some common respect at this woman's funeral.
They need to learn some respect.
B 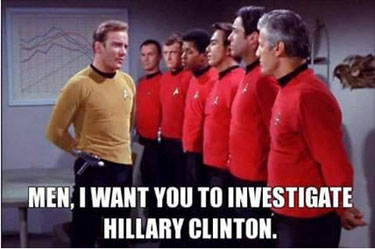 Soundbyte said:
These guys can't even show some common respect at this woman's funeral.
They need to learn some respect.
Click to expand...

Tough to do when a good chunk of it was a political ploy & a gussied up dog n pony show.

But I will give the late singer her credit for sure. She was a helluva singer. Some of the commemorative acts during the ceremony were solid & heartfelt as well. Ron Isley (one of my favorite old school R&B singers) sang a very appropriate tribute song at the event.

Gold Member
Those Willy Clinton gifs. His body might keep kicking for a while but his brain is already reaching for its coat and calling it a night.

He'll go quiet real soon. They're not going to risk him mindlessly blurting out some crazy shit during a public appearance. ACTIVE MEASURES chronicles the most successful espionage operation in Russian history, the American presidential election of 2016. Filmmaker Jack Bryan exposes a 30-year history of covert political warfare devised by Vladmir Putin to disrupt, and ultimately control world events. In the process, the filmmakers follow a trail of money, real estate, mob connections, and on the record confessions to expose an insidious plot that leads directly back to The White House. With democracy hanging in the balance, ACTIVE MEASURES is essential viewing. Unraveling the true depth and scope of "the Russia story" as we have come to know it, this film a jarring reminder that some conspiracies hide in plain sight.

Catholic
Gold Member
I predict this movie will mysteriously end up having a box office of 5 digits or less despite having a 100% rating on RottenTomatoes.

Gold Member
I wish Putin could just send over all the documents and shut these fools up. It's sad to see one party beating up a foreign country and that other country does nothing to defend themselves or prove the others to be raving liars. Must be a catch for him to stay so quiet.
Share:
Twitter Email Share Link
Top