Gold Member
^ and now Hillary's own brother is dead of "unknown causes". This is insane!

Hillary just doesn't know when to say when!

Aiding and abetting as usual... 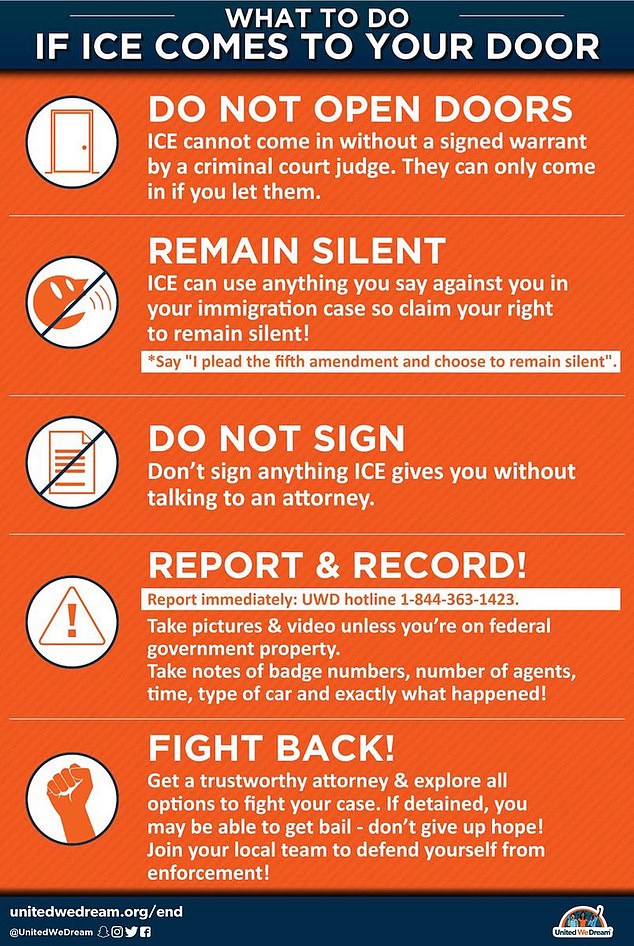 Leonard D Neubache said:
She might never taste common justice in her lifetime but I gain some small sense of satisfaction knowing that she wonders to herself "if I had just done that one thing honourably or appeared just one bit more contrite afterward..."
Click to expand...

Or: "If I had just not caused untold death and destruction in Libya for no other reason than petty geopolitics, laughed about the rape and murder of its leader, and set off the refugee crisis that is still playing out horrifically today."

This stuff is just so clown world. They are undermining a federal agency, part of an apparatus that they want to be a part of. Would they post a flyer telling people how to evade taxes? How about how to run a moonshine still? Of course not, but this kind of illegal is ok.

He shot himself on a dance floor? FBI is asking witnesses to delete video? COME ON.

FBI agents on site and police instructed witnesses to delete any video and photographs of the event and cleared out the bar, according to reports. Likewise, FBI officials instructed Austin Police to not release any details of the death to the media, sources confirmed. Witnesses at the nite club were also told to “stay offline” and “keep quiet” about the shooting, sources said.
Click to expand...

He shot himself on a dance floor? FBI is asking witnesses to delete video? COME ON.

FBI agents on site and police instructed witnesses to delete any video and photographs of the event and cleared out the bar, according to reports. Likewise, FBI officials instructed Austin Police to not release any details of the death to the media, sources confirmed. Witnesses at the nite club were also told to “stay offline” and “keep quiet” about the shooting, sources said.
Click to expand...

This goes to show that even in the US there is no freedom of the press. Even local Austin area newspapers aren't reporting it and the obit sites are vague.

Epstein attacked in jail and now #ClintonBodyCount is trending.

LOL, at least the Clinton name went down in flames. 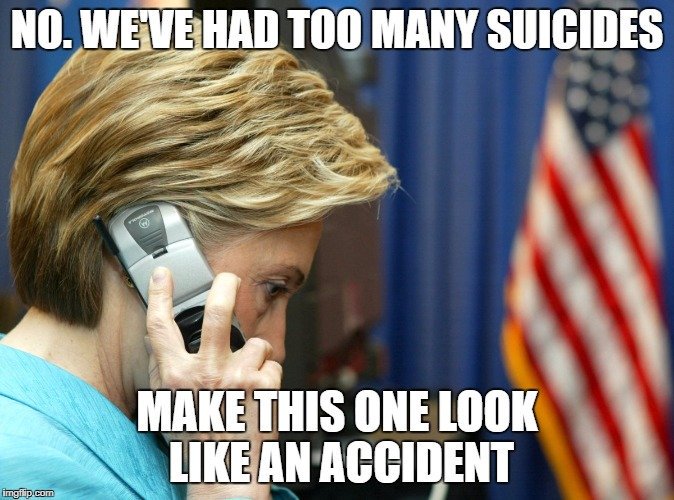 Gold Member
The only reason Epstein was attacked in prison was because his lawyer most likely staged it and he probably wants to be transferred upstate asap to the Jew federal prison which is a country club where nearly all high profile Jewish criminals get sent to Otisville when they have fulfilled their tour of duty.

Michael Cohen got sent there for example but it has been known as the Jewish prison for a long time now.

The fact that a specific ethnicity can corrupt institutions to the point where they get preferential treatment from start to finish is something else really. Imagine if any other ethnicity had this sort of sweetheart deal with the U.S. government.
T

Criminal justice reform is a big issue. Are there any politicians who have a chance of winning or are already elected who will do away with country club prisons?

Is something BIG coming in the next days?
Many politicians unfollow Hillary and delete all her tweets.

FBI is implicated in destroying evidence to benefit Clinton.

In breaking news, the American Center for Law and Justice or ACLJ (Jay Sekulow's organization, not related to his role as the President's attorney), has obtained actual copies of the immunity agreements pertaining to Cheryl Mills and Heather Samuelson in the Hillary email scandal. This was a stunning litigation win, hard-fought after years of litigation by the ACLJ attorneys, who were unable to extract the documents through the normal FOIA processes, due to a lack of cooperation by the government.

In reviewing what the agreements uncovered, keep in mind that Cheryl Mills was Secretary Clinton's Chief of Staff at the State Department and then bizarrely, she subsequently served as Clinton’s attorney, representing her in the email scandal. Heather Samuelson worked on Hillary Clinton's 2008 campaign, and then became a Senior Advisor to her at the State Department, as well as the White House liaison. Somehow, she also became one of Clinton's personal attorneys during the email scandal.

The immunity agreements issued by the government, were crafted so that the agencies could extract information from the parties, despite the fact that this is not necessary because DOJ has the power to require that the information be turned over. Clinton kept classified emails on a private server in violation of Federal law, and the immunity agreements reveal that both Cheryl Mills and Heather Samuelson were actively involved in the cover-up of these emails as well as in the destruction of evidence. According to Jordon Sekulow, Executive Director of the ACLJ, it is extremely unusual for someone involved in a criminal cover up, who needs an immunity deal to ensure the evasion of jail time, later becomes the attorney representing the other potential criminal or co-conspirator.

The agreements issued were with DOJ and the FBI. They asserted that Mills and Samuelson would turn over the computers to them, but stipulated that they weren't turning over "custody and control". This critical point is a legal and factual bunch of bunk. The FOIA statute applies to information in the agencies' "custody and control". Anything not in their custody or control cannot be FOIA'd. It is impossible to have an agency physically have a computer and not have it in their "custody or control." Custody and control is not something that suspects have to expressly give over or agree to give over. When they give over the evidence, then obviously, as a matter of fact, they are also giving the agency "custody and control" over that evidence. Suspects cannot withhold "custody and control" by mere words or lack of consent, as consent is not required. In other words, these agreements are extremely flawed and whomever signed off on them should be investigated and perhaps prosecuted. It is clear that the purpose of this clause was to make the arguably illegal activities of Mills and Samuelson out of the reach of FOIA --- in other words, it would be withheld from the public. This is the very definition of corruption.

Additionally, the immunity agreements were broad in scope. There were numerous charges that the agreements gave them immunity from including potential violations of the Federal Records Act, the Classified Information Act and the Espionage Act. According to the ACLJ, nobody has ever gotten immunity from the Espionage Act before. Normally, immunity is for lesser crimes like obstruction of justice, but not espionage. If Mills and Samuelson were charged and convicted of every crime from which they received immunity, they would be potentially subject to twenty-eight years in jail each.

After Clinton illegally sent classified emails on a private server and cell phones (and by the way, people have gone to jail for this even when they did so accidentally because it's that serious), and after Mills and Samuelson purposely worked to cover up and conceal both the emails and the destruction of evidence, and after they were given a sweetheart deal that nobody in history has ever gotten, they became the attorneys for Clinton, representing her in the email case. This shouldn't be allowed because it is a conflict of interests, and not only gives the appearance of impropriety, but indeed, constitutes actual impropriety.

Subsequently, Mills and Samuelson finally gave the computers over to the FBI, which per their agreements, limited the FBI’s investigation. The FBI agreed to limit a) the method by which the emails investigated would be obtained; b) the scope of files which would be investigated, and c) the timeframe parameters for investigated emails. In other words, the FBI agreed in the immunity contracts not to do a full investigation on the Clinton emails. To make matters worse, again, per the immunity agreements, the FBI agreed to destroy the computers that had the back-up emails. As Congressman Jim Jordan referenced during the Mueller hearings recently, the FBI used bleachBit to purge the server so the information could never be accessed in the future and used hammers to smash the cell phones involved. In other words, the FBI and DOJ participated in the destruction of the evidence. In effect, this constitutes is a conspiracy between the Obama DOJ (under Loretta Lynch) and the Comey-led FBI to cover up Clinton’s crimes.

Shortly thereafter, Comey came out publicly and held a press conference exonerating Clinton from any criminal activity, knowing full well that she was never thoroughly investigated, and that his own agency had participated in the destruction of evidence.

To reiterate Comey’s assertions, he stated that Clinton had been "extremely careless" in her handling of classified and sensitive information, but not "grossly negligent", even though the definition of grossly negligent is extremely careless. Gross negligence is the language in the statute necessary to prosecute someone who does this and Comey inaccurately professed that no prosecutor would pursue a case based on these facts, even though those with lesser evidence have indeed been charged.

Currently, there are investigations taking place pertaining to the Clinton email scandal cover-up, as well as the origins of the Trump investigation by the Mueller team, including the roots of the FISA applications. All of the documents uncovered by the ACLJ’s legal win will constitute valuable evidence for AG Bill Barr, the IG and others. Many who follow what is really going on, on a day to day basis have been repeatedly disappointed in the biased and one-sided investigations and the cover-up or blatant disregard of critical facts implicating the pro-Clinton, anti-Trump teams. But Bill Barr and his team are fairly new to the process. He and others, including John Durham, will finally have the opportunity to get to the bottom of all this --- and finally disclose the real collusion, corruption, and obstruction. There’s still hope.
Click to expand...

Where were these same words mrs Clinton when events of this nature took place while you were in the inner circle?

At this point in time we can put aside the notion this is for Hillary and Bill. This goes so deep and so wide to bring the Clinton Foundation down, inc the Clintons themselves is tantamount to blowing yourself up and others around you involved in whatever shit they're into.

They are linked to most of the elites worldwide, banks are involved, governments, individuals, organised crime syndicates - the likes of which who have no qualms in killing anyone, terrorists, the secret services, the Federal law enforcement of the US and others.

Yeah, I wonder why this evidence keeps going missing, gets buried or is given 2 shots to the back of the head and made to look like a suicide, no questions asked. Experienced pathologists giving false evidence? yeah I would to if it meant seeing my family butchered in a very unfortunate murder kidnapping. 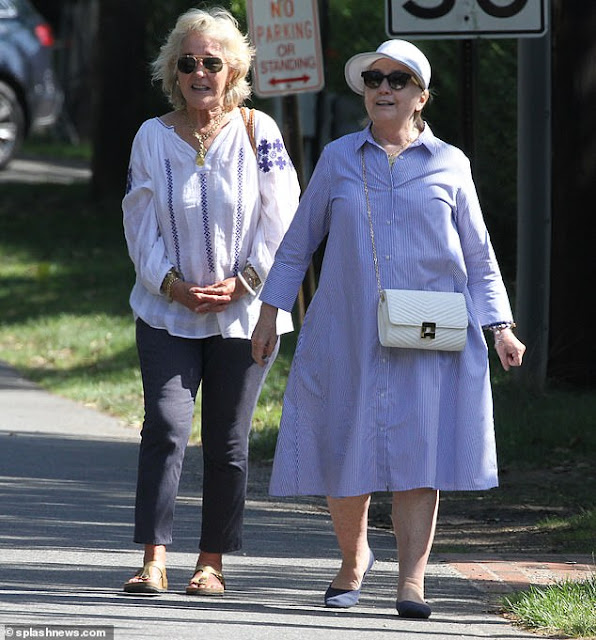 Gold Member
Look at the size of that bullet you guys dodged. Just look at it.
H 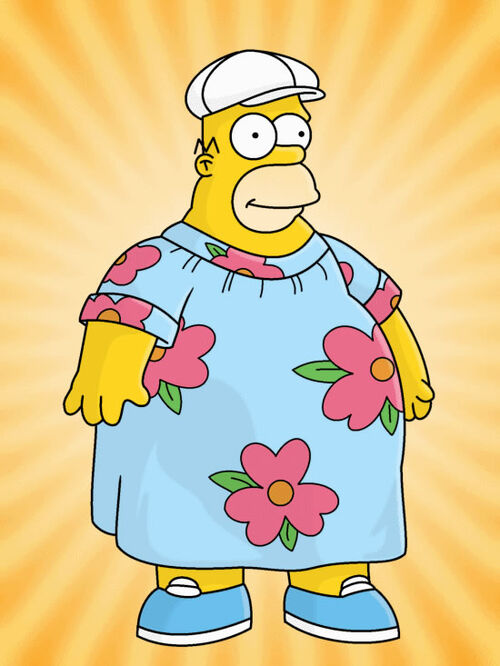