Gold Member
What it's like arguing with a thot on the Internet. 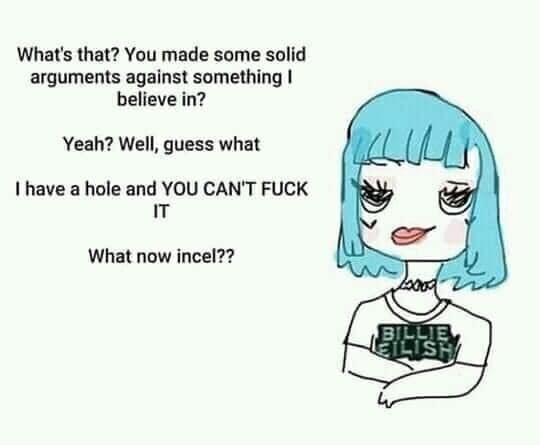 Published in the "Family" section. 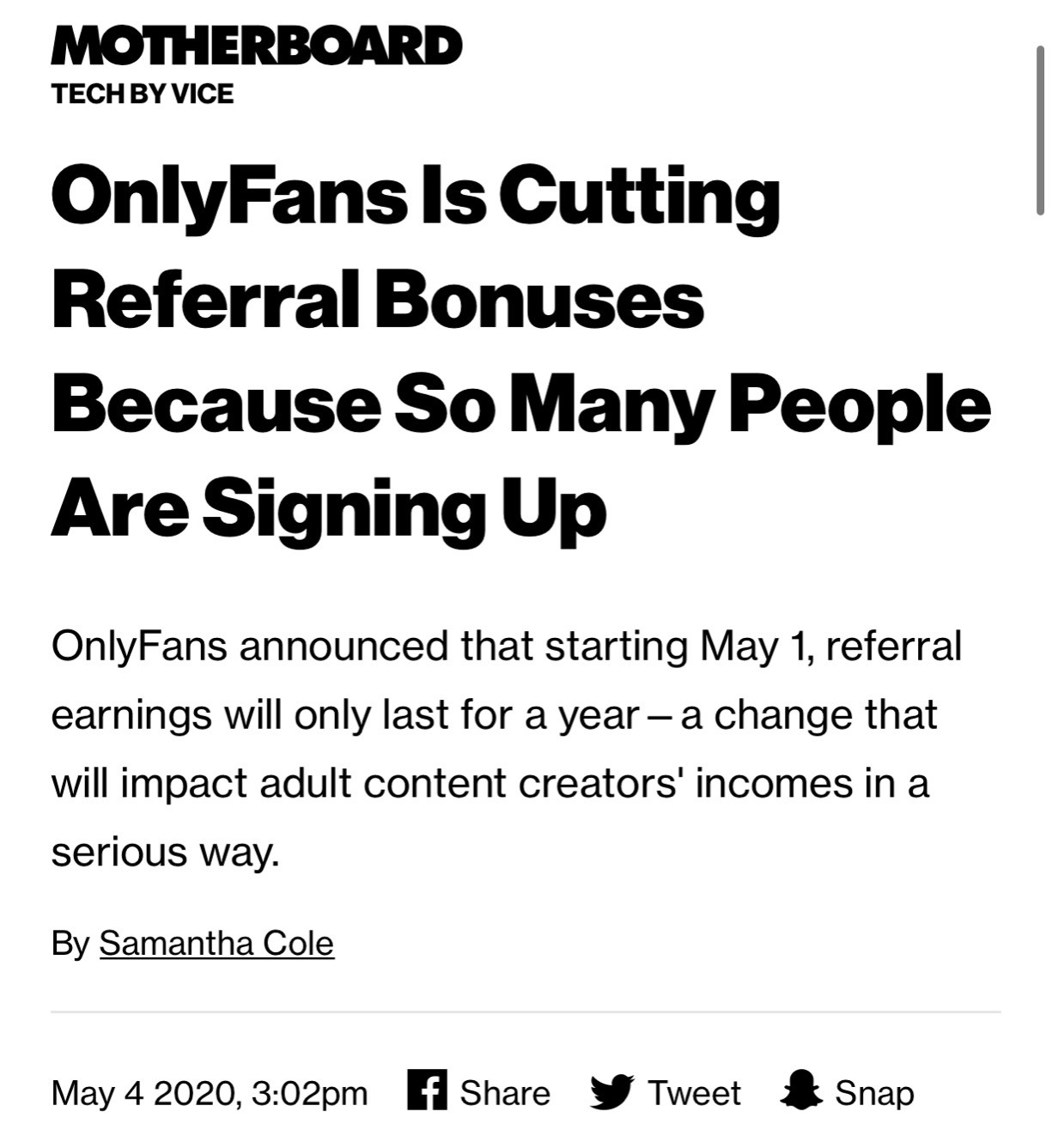 Gold Member
Posting this in the Clown World thread because of the girl's stupid Liberal parents. 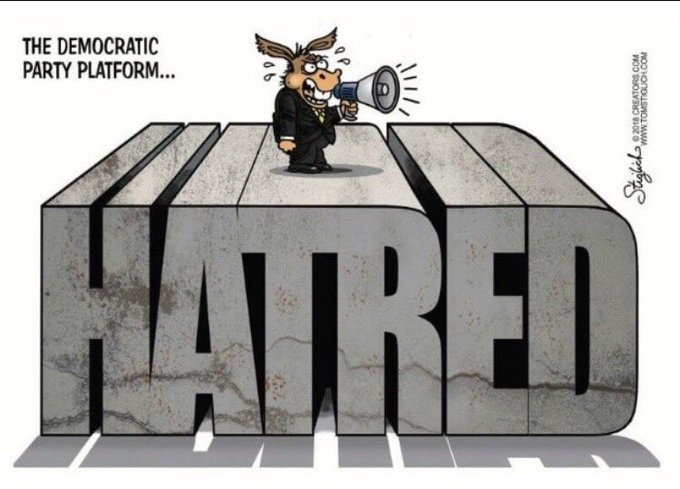 Well, If the aim of that is to indoctrinate the youth, might as well have done it correctly by giving the audience members dollar bills to throw....

budoslavic said:
Posting this in the Clown World thread because of the girl's stupid Liberal parents.

I highly suspect that there were problems before the engagement. She's probably leaving out a huge chunk of the story.

Is sleep a feminist issue? This is how men steal our sleep
Click to expand...

Lucy Mangan explains what happens when you enter into long-term hetero bed-sharing.

I don’t remember how old I was when I first heard the phrase ‘sleep is a feminist issue’ but I know this: it was before I started sharing a bed with men on the regular. (Consecutive men, I mean. I never felt I could cope with more than one at a time.) Before then, I couldn’t understand how sleep could ever be a gendered issue, let alone a feminist one. You go to bed, you go to sleep, you wake up in the morning and go about your day. Someone else goes to bed with you, you might have sex, chat, and then you go to sleep and he goes to sleep, you wake up in the morning, you might have sex, chat, then you go about your days.

Ha. Oh, ha ha ha, you naive, well-rested, single fool. Gather round me, children, in the woody glen of truth and listen to my hard won words of wisdom as I collapse in chronic fatigue on a bed of moss. Because this is what happens when you enter into long-term hetero bed-sharing. This, in short, is how men steal your sleep:

1. You feel tired. You begin your winding down routine at a time and pace appropriate for the goal of being in bed by X o’clock. You notice a variety of supposedly shared tasks that have gone undone and do them on the way so you don’t have to get up early to do them in the morning. You get to bed at X+ o’clock.

2. You lie down and start processing the day’s emotional load. Re-run conversations, work through anxieties, massage your guilt glands, plan the next day’s practical admin and, eventually, fall asleep. It is now X++ o’clock.

3. At X+++ o’clock, your partner bursts through the door, shucks off his clothes and bounds onto the bed. He thinks he is being profoundly thoughtful because he hasn’t broken or set fire to anything on his way up. He thinks he is silently creeping into his nest like a tiny fieldmouse without disturbing a single ear of corn. He is wrong.

4. If he realises you are now awake, he will start a conversation on whatever subject you are currently finding most stressful. Because midnight really is absolutely the best time for this.

5. You begin step 2 again. Halfway through you feel a hopeful erection pressing into your lumbar region. You can either: pretend to be asleep, in which case it will wake you up at least three more times in the night; accept its overtures; or give it a good slap and finish going to sleep yourself. It is now at least X++++ o’clock.

6. He falls asleep within three seconds. Because, for him, the day took care of itself and there’s no reason to think tomorrow won’t.

7. You will be disturbed half a dozen times more by his snoring and/or the fact there isn’t a man alive who has learned how to rotate UNDER the duvet rather than take it with him when he turns.

8. Dawn cracks and his alarm goes off early because he mis-set it. He’s back to sleep immediately. You are not. You might as well get up and do the leftover chores.

These points may not all resonate with you. But add up how much sleep you lose a week, a month, a year to the ones that do. Ask yourself how much sleep you lose to a man’s unconscious sense of entitlement? A belief so profound it seems natural to feel his time, his rest, his smooth passage through the world is more important than yours. You can ponder this sleep inequality beyond the night hours. Then decide what to do about it.

Will the trend for a king-size bed with separate duvets solve the problem? Or do we need to delve a little deeper? Who is it, exactly, that needs to wake up?
Click to expand...

Why sleep really is a feminist issue, according to an expert

Lisa Sanfilippo is a psychotherapist, yoga teacher, sleep expert and author of Yoga Therapy for Insomnia and Sleep Recovery. Here, she tackles the all-important question: is sleep a feminist issue?

It’s a fact we’ve known since we were very small: sleep really is the foundation to everything. It’s why our parents made sure we were tucked up in bed early on a school night, why we’re so obsessed with bedtime routines, and why we dedicate so much time to thinking and talking about it as adults.

But despite all this, there’s one slight problem: very few of us get enough of it. Often, it’s not for want of trying – in fact, there’s more sleep tech, guided meditation apps and expert tips going around than ever before – but the untouchable dream of a “good night’s sleep” always seems to be just out of reach.

Of course, it makes sense that we’re looking for the answer. We know that phones are bad for our sleep, so we put them outside our bedrooms. We know that temperature is important, so we make sure to turn the central heating down. But what if the mere fact of being a woman was another thing standing in the way of a restful night?

That’s the problem many of us fail to realise is getting in the way of restful sleep, according to psychotherapist and yoga teacher Lisa Sanfilippo. Taking to the stage at Stylist’s Restival earlier today (19 January), Sanfilippo posed a particularly important question: is sleep a feminist issue? Her answer was a resounding yes.

“There is a sleep gap,” she explained. “Just like there’s a pay gap between men and women, there’s a sleep gap, and part of it is gendered – part of it is that women have certain roles. If I look at how much time my husband spends getting ready in the morning versus how much time I do – and I’m pretty minimal, I’ve got it down to about maximum 15 minutes, and that’s with drying my hair – but he spends a maximum of three minutes.

“So if you look over the course of a week, how much more time I’m spending just on my small routine, and how much other stuff I could be doing in that time, it adds up.”

Alongside the part these gender roles play in our continued lack of sleep, Sanfilippo was also keen to highlight the role that female biology plays in how much sleep we get.

“There are things to do with the female sex and being a woman biologically,” she explained. “So if you are of menstrual age, for two or three days a month your body temperature is going to go up and your core body temperature is raised, which makes it harder to sleep – just biologically. Even without you doing anything wrong, you’re going to naturally have a harder time sleeping.”

However, just because our bodies are designed a certain way, it doesn’t mean we have to settle for poor quality sleep, Sanfilippo went on to explain. With so many tips, tricks and scientific studies out there, there are lots of things we can do. Indeed, one such way to tackle problems like insomnia and lack of sleep is through the practice of yoga, as Sanfilippo explores in her book Yoga Therapy for Insomnia and Sleep Recovery.

You can find out more about her journey – and learn about the yoga stretches that can help you to sleep – here.
Click to expand...

Struggling to sleep? It could be the gender sleep gap keeping you awake

I like to think I make it up to women by giving them 90% of the bed and keeping them warm cuddled up to me sucking up my body heat.

Roosh said:
I highly suspect that there were problems before the engagement. She's probably leaving out a huge chunk of the story.
Click to expand...

Eeeeexactly my first thought. Current-era thot hooks up with "conservative" guy to get at her parents. Will dump him the very minute that the frisson of rebellion wears off.

Is that a tranny or is it a woman? Does it even matter?

I had to cover part of my screen while watching that video because it was borderline pornographic.

Is this real? It can't be real. Please tell me it is a troll using special effects to make a fake video or something.

And of course she had to be doing her stripper dance to Leonard Cohen's Hallelujah, which trades Biblical imagery just like Don McLean's America Pie... except it makes less sense. 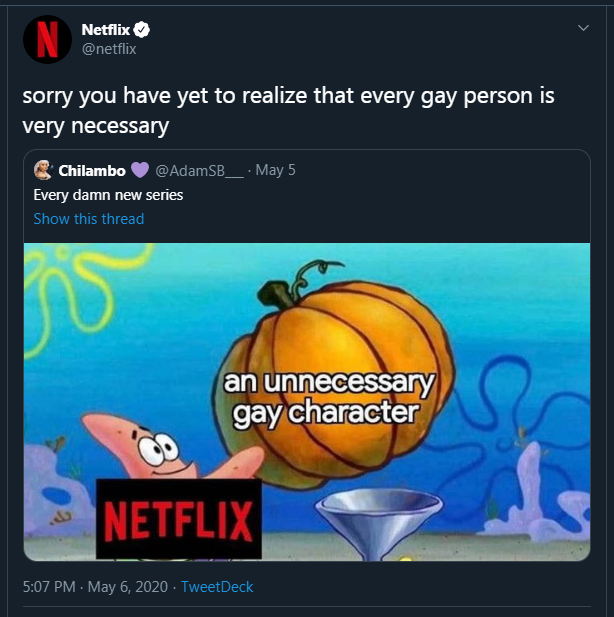 Talking about Texas, here in (sigh) Austin there's this downtown hotel just across the river... 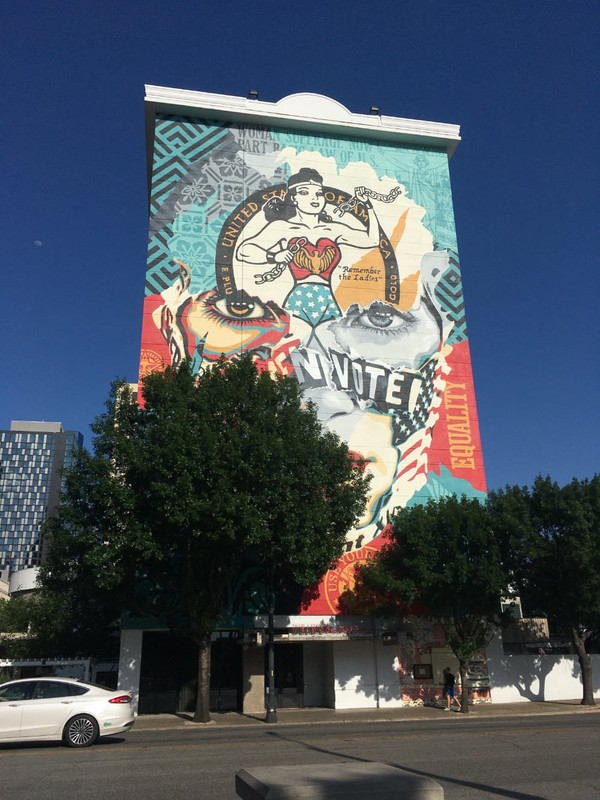 Everything has to be political now. Austin was supposed to be weird, not woke.

Prostitue doxes her clients to get a lighter sentence.

I thought this fad was done.

Gold Member
^
Kek.
The rise of OnlyFans says no...


rotekz said:
@netflix
sorry you have yet to realize that every gay person is very necessary
Click to expand...

Kek again.
If a gay person or gay couple do not have kids & then they die off.
From a grand scale point of view. What difference did they make...?

Gold Member
Kek.
Never mind the amount of effort the average Australian thot / chick puts in to get herself a professional football player boyfriend...