Protestant
If you were wondering if they were thinking of replacing Mount Rushmore with something else, they are doing a test run later this summer.

The 19th Amendment to the U.S. Constitution, which formally granted women the right to vote, was officially adopted on August 26, 1920, a common-sense change that was long overdue. For its centennial celebration, I can think of no better location to honor the women who helped build America than Mount Rushmore, a symbol of our democracy and a shrine to all Americans, past and present, who contribute to our nation’s success.

I’ve partnered with the Women’s Suffrage Centennial Commission and the Mount Rushmore Society to begin laying the groundwork for a first-of-its-kind event at Mount Rushmore later this summer to honor women trailblazers. From elected leaders to inventors to astronauts and everything in between, America is a stronger and better place thanks to the generations of women who have made some of the most significant contributions to our country and our future.

Our plan is similar to the popular 50th anniversary Apollo 11 display, which Smithsonian Magazine described as the Washington Monument being “transformed into a launching pad for the 363-foot rocket that first brought man to the moon.” The audio and visual display included animation that projected images of the rocket onto the monument itself. Like the Apollo 11 display, our “Look Up to Her” event, which is the brainchild of South Dakota native Christina Korp, will feature images of iconic American women that will be projected onto the sides of Mount Rushmore, to the left and right of the faces themselves.

Susan Combs, who chairs the Women’s Suffrage Centennial Commission, said her organization is “committed to telling the stories of the suffrage movement in ways that make women’s history visible and accessible to all Americans” and that she expects this event to be a “breathtaking tribute to the legacy of the suffragists.”

“The centennial passage of the 19th Amendment to guarantee and protect women’s constitutional right to vote deserves to have attention and recognition by the entire nation,” said Diana Nielsen Saathoff, CEO of the Mount Rushmore Society. She added, “We vote yes [for this project]!”

Since Mount Rushmore is a national park, the first step in this process is getting approval from the U.S. Department of the Interior. I recently introduced a joint resolution in the Senate to formally make this request with Interior Secretary David Bernhardt. We’re hopeful he will favorably consider our plan, which would allow us to move forward with scheduling the event.

I’m lucky to be surrounded by strong and accomplished women – at home, at work, and throughout the state of South Dakota. And while the coronavirus pandemic has obviously changed just about everything in our day-to-day lives, when it comes to recognizing something as important as ensuring America’s daughters and granddaughters have the right to vote, it deserves to be celebrated.

Since people will be able to see this display from afar, including from the safety of their vehicle, if they’d prefer, the plan we’re working on will allow us to celebrate this important milestone, while also keeping people safe – a true win-win.

One hundred years might sound like a long time, but in a historical context, women have only been allowed to vote in national elections for less than half of America’s existence. Women were not allowed to vote for George Washington, Thomas Jefferson, Abraham Lincoln, or Theodore Roosevelt – the four men carved into Mount Rushmore. That’s what will make seeing the faces of so many distinguished American women projected onto the monument all the more meaningful and symbolic.
Click to expand...

If there is a lesson from the Atlantic slave trade and its effects on the Americas ever since, is that the wages of working class freemen should never be undercut by the money power of liberal finance through the importation of cheaper labour through porous borders.

The damage caused by the liberal manipulation of unskilled to skilled labour markets is profound and longterm. Europe is only setting off with this tragedy

I have an hypothesis that the overheads that pre-industrial corporations (plantations) incurred with free/ slave labour was higher than it is for modern corporations within the financial-democracies. Today, the cost and risk of migration of cheap labour is borne by the cheap labourer himself.

Once he has replaced indigenous labour and is living in a squat paid by himself in clothes paid by himself and eats unhealthy cheap food paid by himself, he will enter the tax matrix to pay the usury on the national debts while he’s forced to use a credit card at gross usury to make ends meet.

it seems to me that the overhead costs associated with Importing and having a direct slave labour force has been transferred from corporations to the bottomless pool of global freelance reserve labour at the expense of national working classes.

This will not end well.
M

So there is some 'peaceful' BLM protestors in the UK being faced down by some 'hard right neonazi football thugs'. They want to get rid of a bunch of statues and make white people feel bad about something. The usual idiotic soybois hoping for a quick leg over the smelly student girls are of course present. Google has of course taken the side of this weird protest that has zero to do with the 'gentle giant black jesus' killing in the states. They have even removed Winston Churchill from their images of UK prime ministers. 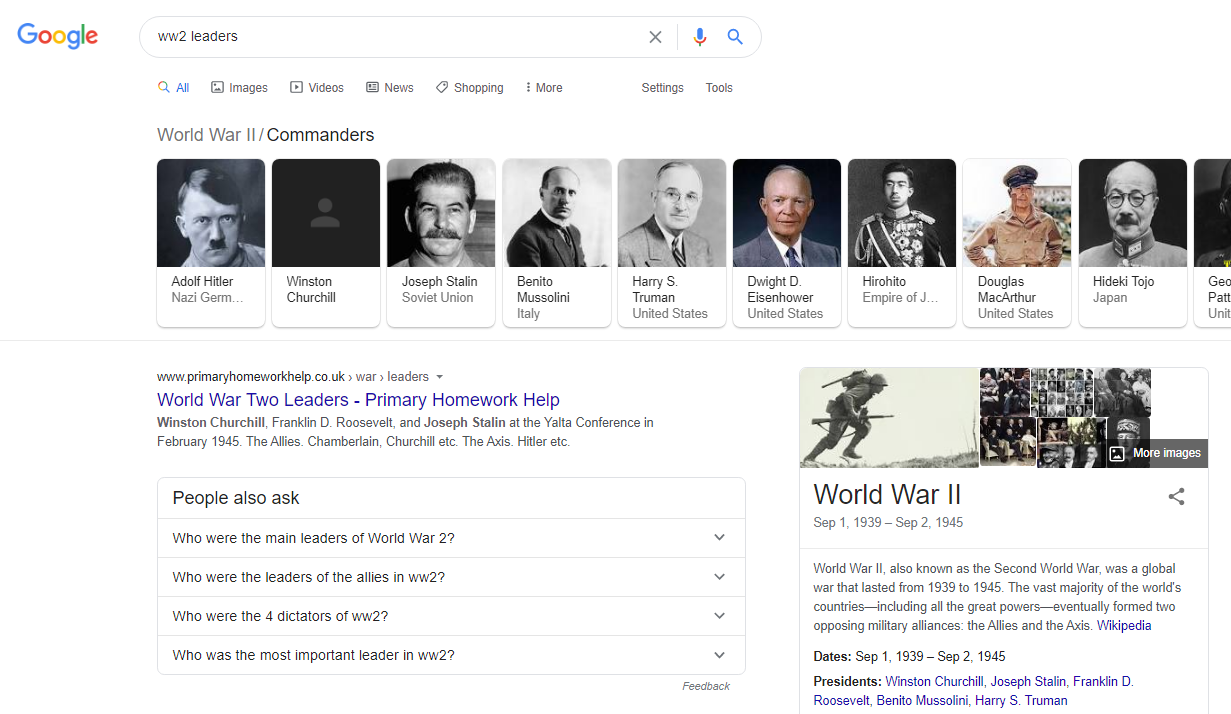 Other Christian
Meriam-Webster are 'revising' the dictionary definition of racism and related terms after an African American university graduate (I'm sure she studied a very demanding STEM subject...) persistently wrote to them complaining that the current definition did not place emphasis on 'systematic oppression.

I'm sure the new definition won't be anti-white in the least bit.


Which words will be next to undergo Newspeak redefinition?

JohnQThomas said:
The “housewife” option isn’t really available to all women. Not every man can afford to support that; and still fewer want to.
Click to expand...

Have you ever seen The Real Housewife series? THOSE housewives are difficult for ANY man to support.

If a housewife isn't going out to restaurants, shopping for clothes she doesn't need, or even watching TV all day, she's not terribly difficult to support. The apartment/home he lives in is already paid for whether it's 1 or 2 people, etc. The additional costs to support a (traditional) housewife (no kids) is additional food and some clothing. Heck, the feminist narrative even goes that the man makes out from all the "unpaid work" in the form of a (traditional) wife cleaning and cooking for him.

I met a woman online about 20 years ago who said after the 2nd date or so that being a housewife was a "sacrifice" and I should "man up" and then said since I was getting so much for free (not that she'd washed a single dish for me yet), a $10,000 engagement ring.

I laughed and dumped her on the spot.

But hey, if a woman said she was dumped from Brietbart for being TOO right wing and she was going to cook and clean for me without an attitude? I'd have wifed her up in a second!

Plenty of working class families make it work by taking advantage of tax breaks for married couples with kids. The more kids, the better since the Obamacare law makes health insurance cost the same for 1 kid or 10.

I agree that some women are unattractive (just as many men are) which is where "game", in a classical sense, comes in. Most American women either only chase after chads or they sit around waiting for the perfect relationship to jump into their bucket and in that case, of course it's "not really available" to them. But for 1/10th of the effort men need to make to find a decent woman, most women can become a housewife if they want to and put in a similar effort my grandmothers did.

It's astounding, really, that we live in this Orwellian memory-hole society where 4 generations ago (I'm a generation ahead of most of you), the reality of relationships was totally different but yet people think in terms now that American dating is universal. It's not even global.

This is worse than we realize: Throughout the series, it is very clear that Spongebob and Patrick are "kids", as referenced throughout. The adults in the show are comprised of: Squidward, Mr. Krabbs, Mrs. Puff etc... If Spongebob is gay, we are dealing with the homo/pedo one-two punch. Also, not the first attempt at this by "Dickelodeon".

Other Christian
Gold Member
Good thing about Clown World.
You may not know the context, yet you can simply sit on the sidelines & chuckle... 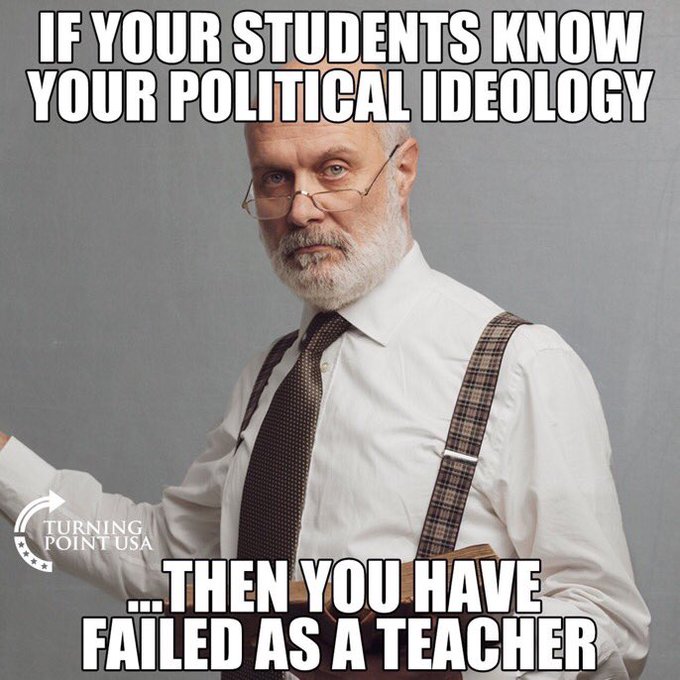 We know who is behind Titania. British comedian - Andrew Doyle.

I don't recall if the person behind Elfwick was ever identified.