Gold Member
The educational publishing company Penguin Classroom has put out a book called "A Learning Guide To Antiracist Baby." It's a book designed to guide parents through "conversations and activities" with very young children. It was written by "four women of color educators."

From the press release: "In his adult book "How To Be An Antiracist," Dr. (Imram X) Kendi argues that we are either racist or antiracist; there is no in-between. Because research has shown that babies as young as six months old show racial preferences, learning to be antiracist is work that even our youngest of children can and must do."

Anyway, on Penguin Classrooms' Twitter feed, this isn't going down well. One of the funniest comments is "If there was ever a book that needed burning, this would be it." 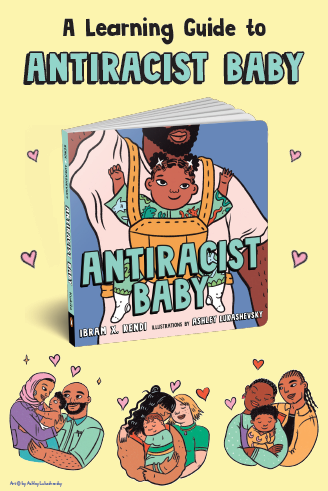 There is no longer a future for Western civilisation absent a mechanism for exiling savages.

Johnnyvee said:
This little film had some incredible predictions that are (unfortunately) fast becoming reality...

^A pozzed out Islam and Christianity sounds like a win/win for the Jew. Its almost as if the Globalism and multiculturalism they have tirelessly demanded was designed to destroy the goyim.

Cross dressing, tranny-ism and buttsex have been around for centuries in the Muslim world

The streets of Kuala Lumpur, Dhaka and Karachi are filled with transvestite hookers

If you walk up and down Sukhumvit Road in Bangkok you'll quickly notice that all the ladyboys hang around Soi Arab (where all the local Muslims and greasy Arab tourists are). You wonder why that is?

The Ottoman used to have a saying that girls were for procreation, and boys were for fun.

These are all degeneracies. Degeneracies happen in any era and culture

Even ISIS, which was known for throwing gays off roofs or nailing them on crosses, distributed debatable videos. Hairy men caressing each other chest whilst having a shared meal

99 percent of the contemporary Muslims will reject stuff like the tranny above though. In many immigrant infested European cities gays have to move back into the closet to avoid insults, threats and even beatings..

There is no such thing as the pozzing of Islam. If anything they are getting more radical, more violent, less reasonable

On Sunday in the UK a Libyan Muslim immigrant who was known to security services for aspiring to travel to Syria and join IS went on a stabbing spree in a park, killing 3 and injuring several more.

Tonight the BBC is broadcasting an investigative journalism special about the dangers of far-right terrorism.

Thinks he meant it unironically

Who goes in to pay for gas because they dont have a bank card to pay at the pump?

It needs all the wins it can get

Gold Member
#CancelYale is trending on Twitter at the moment. Elihu Yale, the man who the university was named after, was a slave owner.

Cancel culture may have gotten rid of Gone with the Wind, but we can have this to look forward to-

Leading BLM activist Shaun King says "tear down" all paintings, statues of light-skinned Jesus: "They are a gross form of white supremacy"

Gold Member
Heh.
Focusing on the wrong sort of pussy.

They really don't like when the knee is on their master's neck, do they?

Clown World is quite possibly the most successful psyop imaginable, because it actively suppresses human nature and its responses. When you see something horrible, it offers you a convenient out to escape reality. Since most are steeped in popular culture, imagine Theoden in LotR being freed from the influence of Wormtongue, and when informed of the death of his son, his response was 'honk honk'.