infowarrior1 said:
I am tempted to suggest that those who pass the shopping cart test should be more privileged.
Click to expand...

Or at least when they go to Aldi's they should not have to add the 25 cent piece to pick up a cart. My God !!!! Aldi's in OZ demands a $2 coin to pick up a shopping cart? No wonder there's a Stazi gomint in Victoria!!!!!!

wayfaringstranger said:
Funny they are always lecturing us about 'hate'...."that word, I don't think it means what they think it means"
Click to expand...

For them rules and morals are mere weapons to be used against their enemies. Their morality is simply "Friend Good, Enemy Bad".

They are just dishonest about it.
P 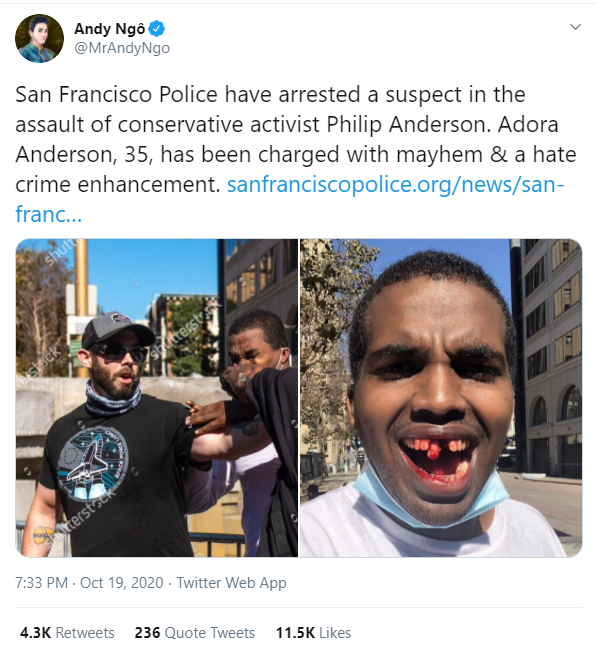 If you missed the original story, the guy with his teeth knocked out is a trump supporter. He organized a free speech rally in SF. At the rally, he was attacked by antifa. A white antifa member punched him (possibly using brass knuckles) and the result is what you see in the pic. Bonus, the black trump supporter had his social media accounts banned when he tried to tell his story.

The white antifa member has now been arrested and charged with a hate crime.

Here's why I think this is clown-world worthy: a white man has been charged with a hate crime for attacking a black man. I guarantee you this will go on the SPLC's "hate crime tracker" as simply that - white man attacks black man. This incident will thus be used as one more datapoint to support the claim that white supremacy is a huge problem.

Remember, if you are not a feminist/sexually repulsive female, pedophile/queerdo/transweirdo, a murderer, a rapist, metrosexual male, vegan, have mental health issues, or all around loser, well, you ain't Democrat.
F 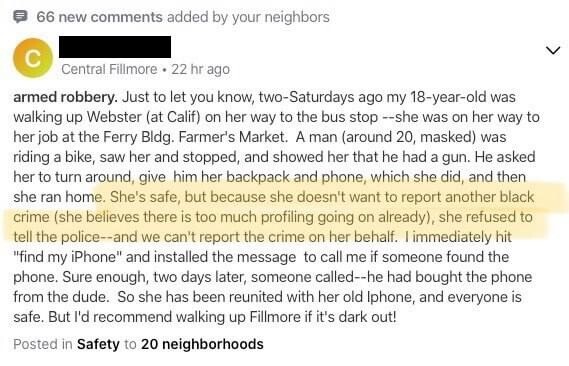 Don't worry, libs and fellow travelers, they don't mean you... 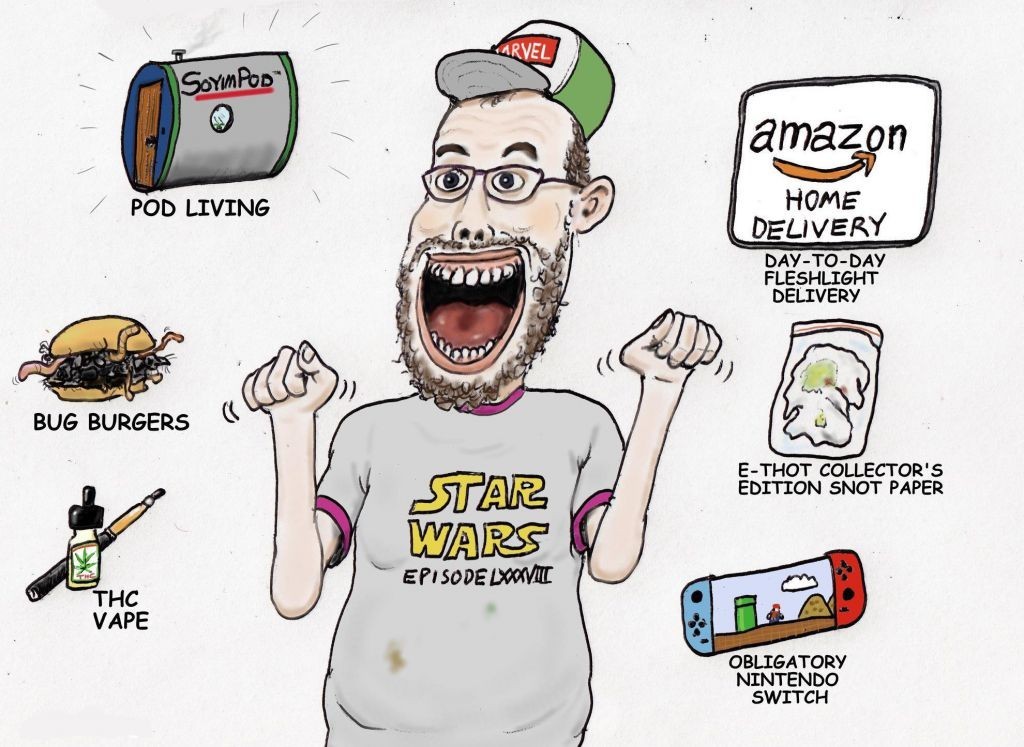 “Everyone around the world is stamping their feet about equality and equal rights – there’s your equal rights right there,” Billingham said.

“She chose him. They were told a task to do and that’s what they did … I take my hat off to Nick. He did what he was supposed to do.”
Click to expand...

One of the SAS Australia directing staff has weighed in on the controversial fight between Nick ‘Honey Badger’ Cummins and Sabrina Frederick.
In the first episode of the Channel 7 show on Monday night, the 17 celebrity recruits were challenged to fight one another in a boxing match.
AFLW player Frederick was told she could pick her opponent, and she stunned her co-stars and viewers at home when she picked Cummins, who didn’t hold back during the clash.
...
But despite the fact Frederick picked Cummins, some viewers felt uneasy about the clash.
The most vocal critic was singer and domestic violence campaigner Guy Sebastian. He said in an interview that he “felt quite sick” watching the episode.
“My wife and I run a foundation where we deal with domestic violence,” he said on Nova 93.7’s Nathan, Nat & Shaun show. “I thought that was pretty p**s poor, if I’m being honest.
“I think it makes it very difficult to tell your kids, to tell your boy, ‘You never hit a girl. It doesn’t matter what the circumstance is, you just never, ever hit a girl. Violence against women is always wrong.’”

Video at the link :


I would imagine, a lot of the dislike, is the harsh reality at play.
The girl in question is a bit of a Sabrina Williams type, yet nonetheless, there are still men larger & stronger than her.

All their PC diatribe, all their PC ranting & raving.
It was all for naught & they had to face facts, that harsh reality is all that matters at the end of the day. 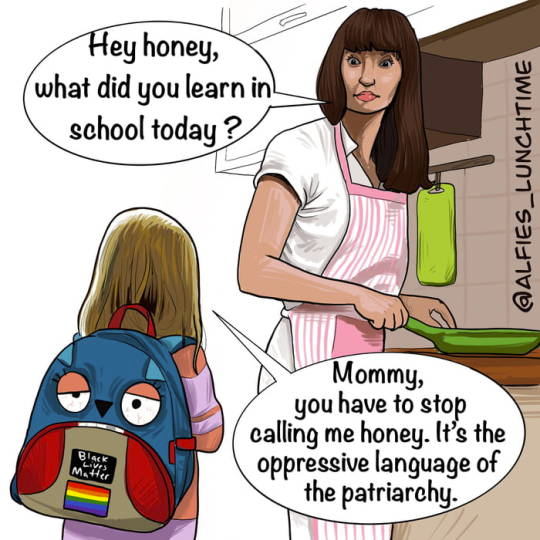 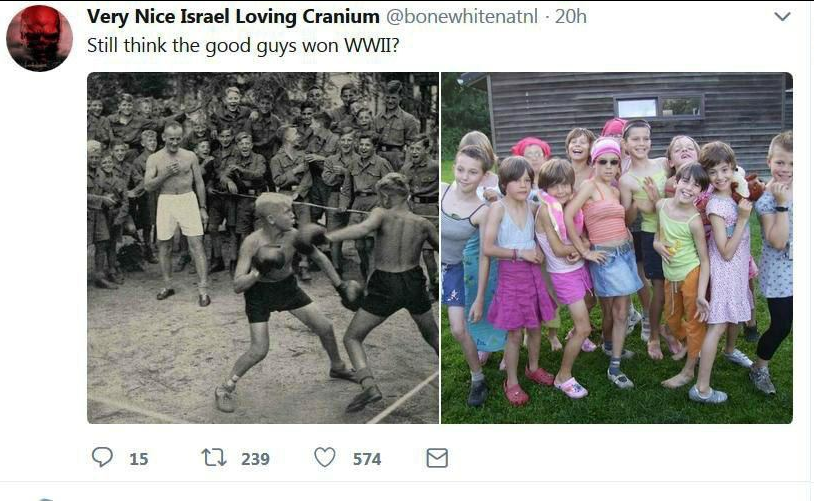 This has got to be peak clown world: 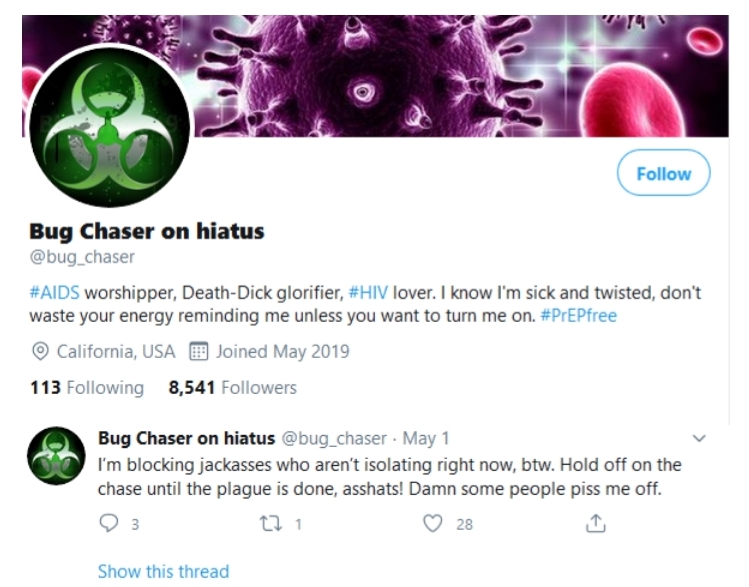 If you're not aware, a "bug chaser" is a gay man who wants (yes wants) to get AIDS. Why? Well, I guess just because he's an absolute degenerate. Anyway, here's a bug chaser saying that he is putting his active search for a virus that can kill him on hold because a different virus with a lower death rate is going around.

prophet60091 said:
This has got to be peak clown world:

If you're not aware, a "bug chaser" is a gay man who wants (yes wants) to get AIDS. Why? Well, I guess just because he's an absolute degenerate. Anyway, here's a bug chaser saying that he is putting his active search for a virus that can kill him on hold because a different virus with a lower death rate is going around.

The Town That Went Feral

Libertarians and bears out of control! Lol This could make for a fun documentary......

"Pressed by bears from without and internecine conflicts from within, the Free Town Project began to come apart. Caught up in “pitched battles over who was living free, but free in the right way,” the libertarians descended into accusing one another of statism, leaving individuals and groups to do the best (or worst) they could. Some kept feeding the bears, some built traps, others holed up in their homes, and still others went everywhere toting increasingly larger-caliber handguns. After one particularly vicious attack, a shadowy posse formed and shot more than a dozen bears in their dens. This effort, which was thoroughly illegal, merely put a dent in the population; soon enough, the bears were back in force.

Meanwhile, the dreams of numerous libertarians came to ends variously dramatic and quiet. A real estate development venture known as Grafton Gulch, in homage to the dissident enclave in Ayn Rand’s Atlas Shrugged, went belly-up. After losing a last-ditch effort to secure tax exemption, a financially ruined Connell found himself unable to keep the heat on at the Meetinghouse; in the midst of a brutal winter, he waxed apocalyptic and then died in a fire. Franz quit his survivalist commune, which soon walled itself off into a prisonlike compound, the better to enjoy freedom. And John Babiarz, the erstwhile inaugurator of the Project, became the target of relentless vilification by his former ideological cohorts, who did not appreciate his refusal to let them enjoy unsecured blazes on high-wildfire–risk afternoons. When another, higher-profile libertarian social engineering enterprise, the Free State Project, received national attention by promoting a mass influx to New Hampshire in general (as opposed to just Grafton), the Free Town Project’s fate was sealed. Grafton became “just another town in a state with many options,” options that did not have the same problem with bears." 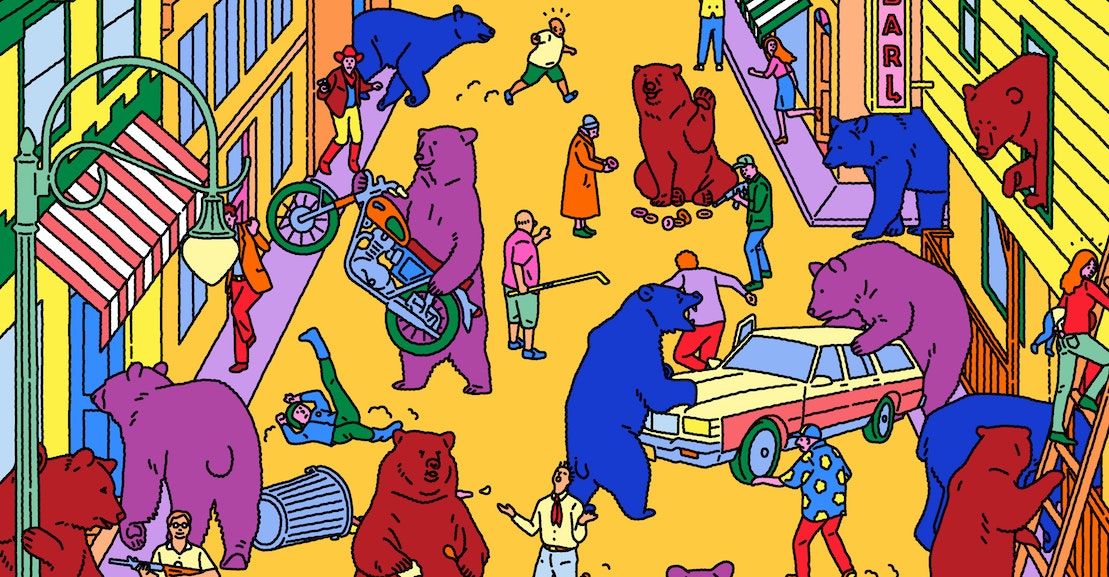 The Town That Went Feral

When a group of libertarians set about scrapping their local government, chaos descended. And then the bears moved in.