Gold Member
This Ibram puke sent out this tweet, the deleted it because he was too low IQ to realize it shows that white Poole get more advantages by pretending to be non white. Posobiec pointed this out. Now Ibram is accusing Posobiec of committing violence against him.

Our speech is violence,their violence is speech.

Protestant
Things are going wrong? Must be Capitalism/sarc :

Infiltrate and turn right-wing extremist groups on each other; it's dirty work, so not for everyone, but without their lies to desperate people, they just turn on each other quickly.
Click to expand...

jewtube is now putting out warnings/fact checks on vids that mention 'the great reset'. So...pretty much confirms its real or at least intended.

Regarding that post above, the sad thing is, there actually is some factual truth to some of his points. The biggest that stands out is the whole housing issue. As it stands now, housing is absolutely out of control due to rent-seeking and the commoditization of housing. Its absolutely a jew tactic through and through. Huge corps with unlimited budgets buy up housing, flip to rentals, and drive up price on their 'investments' and the rent, and decrease supply. You have a few goys along for the ride of a few easy bucks, but its destroying the country and one of the more hidden things rarely talked about. In my experience 50%+ or more of houses sold are bought and turned to a rental, taking it permanently off the market. Rent-seeking is as YKW as it gets, and a natural consequence of our economic system and massive corporations.
Last edited: November 1, 2021

Orthodox Inquirer
I'm going to the climate summit and what do I take with me... Some activists at COP26 will be urging others to cut down on air travel, but apparently it is fine for billionaires to fly in on their own planes on routes already served by commercial airlines.

Biden coming with 85 cars. They're so confident they don't even put in an effort anymore to hide it.

"This is extremely dangerous..."​

budoslavic said:
Edit. The classic video was supposedly made in 2018.
Click to expand...

Back when the "fake news" panic began, Sinclair Broadcasting Group forced all of its TV stations to read a notice about "fake news" at the beginning of the evening news one day.

In other news, zoomers are hard to manage.

Generation Z workers are terrifying their millennial bosses with a series of woke and entitled demands, including that their companies support BLM, provide paid time off for 'anxiety' and telling the CEOs to do the assignments themselves.

These newest additions to the workforce have left many of their not-much-older supervisors shaking their heads or infuriated before caving in to avoid social media shaming by the web-savvy 'dot-com kids.'
........
Ali Kriegsman, 30, co-founder of the retail tech company Bulletin, still doesn't know how to respond when her employees began asking for paid time off for ailments that her generation would grin and bear, like period cramps and anxiety attacks.

She said a typical call-in, usually sent via text, reads something like this: 'Hey, I woke up and I'm not in a good place mentally - I'm not going to come in today.'

While Kriegsman admires their efforts to prioritize their well-being, she knows that doling out additional PTO could undercut profits. She appreciates the effort to separate work and personal life, a divide that is difficult to maintain in the digital era.

Like other managers, though, she is taken off guard by the generation's candid manner of making themselves heard, and the way they flout the social norms of the traditional workplace hierarchy. The schism is large despite many bosses being young millennials themselves - those born between 1981 and 1996.

'As an entrepreneur, I want to call out of managing my team sometimes because my period is making me super hormonal,' she told the Times. 'But I'm in a position where I have to push through.' ........
Andy Dunn, founder of the millennial-favored clothing brand Bonobos, was jolted after a Gen Zer tasked with flagging his in-process book for insensitive language - the woke proofreader left 1,100 comments on the documents in just a day.

Dunn told the times he's made an effort to step up his sensitivity to gendered language, saying 'people' or 'y'all' instead of 'guys.'

'I'm like "let's go y'all," even though I'm from Illinois,' the entrepreneur told the Times.

On Juneteenth, the federal holiday commemorating the 1865 emancipation of African American slaves in the U.S., Dunn was asked by his young employees whether they had the day off - although he hadn't considered it initially, he told them 'of course we're off.'
Click to expand...

Protestant
This guys genocidal advocacy. Since White Europeans are "Amalek" in his view who must be exterminated to the last child: 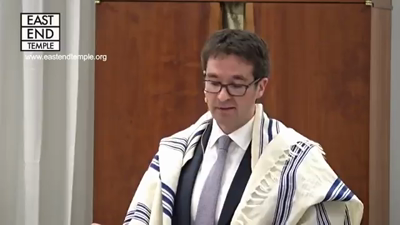 Tolerance Enforcement on Gab: 'Their end goal is to exterminate Whites to the last child.'

infowarrior1 said:
This guys genocidal advocacy. Since White Europeans are "Amalek" in his view who must be exterminated to the last child:

Tolerance Enforcement on Gab: 'Their end goal is to exterminate Whites to the last child.'

Europeans are a great people with a great history. Of course people are jealous of this. Remember that saying your biggest haters are your biggest fans. Extremist jews seem to hate white Europeans so much, they must have a deep love and admiration of them.

Europeans are a great people with a great history. Of course people are jealous of this. Remember that saying your biggest haters are your biggest fans. Extremist jews seem to hate white Europeans so much, they must have a deep love and admiration of them.
Click to expand...

Jews want to be authentic blood Europeans and not the pesky guests who've overstayed their welcome like they always were. They're so racially mixed that tribes not born of the Tower of Babel are to be feared and destroyed unless they can be easily enslaved, hence Jew's strange relationship with the negro. Jews are some of the most self-hating people to ever slither on the earth, which explains their neuroticism and psychopathy.

Cr33pin said:
This is on Netflix and for your kids

Cr33pin said:
This is on Netflix and for your kids

This is probably why there is a so called plague on society.

You can thank the AOC of this planet for this absurdities.

Orthodox Inquirer
Gold Member
Ordered some underwear and socks the other day. Turns out that literally all the models on the package (and the pamphlet inside the package) are either black or a certain shade of caramel. I guess they don't make underwear for white people anymore.
Share:
Twitter Email Share Link
Top