Gold Member
Something, we don't get to decide if the Jews get the race card. How would you even do so?

They wouldn't drop it voluntarily. Their whole operation would fall apart if it was like Christianity where genuine converts were enthusiastically embraced (instead of looked at like morons/pawns/marks.)

They need all the nepotism, paranoia, hatred of non Jews, psychopathic Talmudic tendencies etc that being a clannish racial supremacy cult allow to live the way they want: never lift a finger/break a sweat, play tricks with money, enslave the goyim, and prepare the world for the Jewish messiah, the Antichrist.

a discussion of historical Black and Jewish musical collaborations (led by Gene Simmons and Sharon Osbourne)
Click to expand...

I've heard that their first line of business will be to pummel Nick Cannon into a bloody mess.

1.). I recently watched a GREAT video of David Irving. He is a British historian and if you don't know who he is, I definitely advise checking out his work. Anyway, he starts by discussing how he began writing a book on the Hungarian uprising and quickly discovered that it actually began as an anti-Jewish uprising. Basically, the Hungarian people couldn't help but notice that all of the Communist leaders, and especially the barbaric secret police, were Jews and the whole uprising in 1956 began as a result of this. He was doing a talk about this topic somewhere in the U.S. and many people in the audience were Jews who had come to heckle him and disrupt the talk. After about an hour of this, and with most of the non-Jews in the audience growing increasingly impatient since they were being denied the opportunity to hear what he had to say, he finally confronted the leader of the Jewish group and said something along the lines of this: "When someone criticizes me, I immediately look at myself and my behavior and determine if what they are saying is true. However, you people seem incapable of doing this.". Many, many Jewish people just seem to have no sense of self awareness and just come across as the worst types of hypocrites. (For example, pushing diversity and multi-culturalism in our Western countries while simultaneously ensuring that Israel remains a Jewish ethno-state.). There are legitimate reasons why they have been repeatedly expelled from place after place, yet they seem unable or unwilling to address these reasons and simply label this as just more proof of "antisemitism."

2.). I have worked for two Jewish employers in my life. One was literally what you might consider a "stereotypical" Jewish person: Cheap, lying, cheating and INCREDIBLY arrogant, to the point where he wouldn't even make eye contact with his employees or return hellos. However, the second was the complete opposite - he was kind, fair, honest and constantly talked about how much he loved and appreciated Canada and how anyone coming here needed to obey the immigration laws and respect Canada's Christian heritage. (He had come over from Uzbekistan and had actually been denied on his first attempt.). He was one of the best employers I have ever been lucky enough to work for.

Finally, I'd like to end with a Russian saying: "The Jew will always tell you about all the ways he has been wronged but will never tell you why."
E

TorontoSucks! said:
Finally, I'd like to end with a Russian saying: "The Jew will always tell you about all the ways he has been wronged but will never tell you why."
Click to expand...

They have crafted an entire social narrative and mythology behind being simultaneously the chosen ones and "oppressed" for no apparent reason of course. When you really read into what "the chosen one" really means in the bible and especially with how Jews themselves define it, it becomes much more ambiguous. The scripture seems to describe God wanting to make an example out of them for the rest of humanity. It's not because they were chosen because they were uniquely divine or other positive attributes like they seem to want you to believe and how really dumb evangelicals have interpreted that.

The problem is that they have also successfully brainwashed a couple generations into this group think about Jews and their powerful cultural narratives. The media is a powerful thing and is able to craft these falsehoods and now that they are in control of many sectors of society they can impose it as not just a belief system but an authoritarian social order.

Slim Shady said:
It is very smart that Jews are Jews if their mothers are Jews, not the fathers. It is a matriarchy, and we see the effects of that in its children: the different Marxisms are matriarchies, albiet this is an related happenstance to the larger point I want to make.
Click to expand...

Otto Weininger made comparisons between Judaism and the feminine.

As there is no real dignity in women, so what is meant by the word "gentleman" does not exist amongst the Jews. The genuine Jew fails in this innate good breeding by which alone individuals honour their own individuality and respect that of others. There is no Jewish nobility, and this is the more surprising as Jewish pedigrees can be traced back for thousands of years.
Click to expand...

In a separate chapter, Weininger, himself a Jew who had converted to Christianity in 1902, analyzes the archetypal Jew as feminine, and thus profoundly irreligious, without true individuality (soul), and without a sense of good and evil. Christianity is described as "the highest expression of the highest faith", while Judaism is called "the extreme of cowardliness". Weininger decries the decay of modern times, and attributes much of it to feminine (or identically, "Jewish") character. By Weininger's reckoning everyone shows some femininity, and what he calls "Jewishness"

Our age, which is not only the most Jewish, but also the most effeminate of all ages; an age in which art represents only a sudarium of its humors; the age of the most gullible anarchism, without any understanding of the State and of justice; the age of the collectivist ethics of the species; the age in which history is viewed with the most astonishing lack of seriousness [historical materialism]; the age of capitalism and of Marxism; the age in which history, life, and science no longer mean anything, apart from economics and technology; the age when genius could be declared a form of madness, while it no longer possesses even one great artist or philosopher; the age of the least originality and its greatest pursuit; the age which can boast of being the first to have exalted eroticism, but not in order to forget oneself, the way the Romans or the Greeks did in their Bacchanalia, but in order to have the illusion of rediscovering oneself and giving substance to one’s vanity
Click to expand... 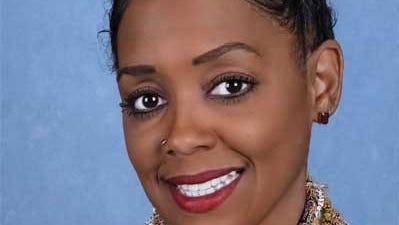 To heal historical trauma, a talk series aims to connect the Black experience of south Phoenix to ancestral roots.
www.azcentral.com
“I hope they understand the reason we’re still talking about colonization and Native American genocide and the slave trade and the Holocaust is because the effects have passed from one generation to the next and we’re still impacted by it,”

"This so stupid. Black people trust anyone waving a dollar in front of their faces"

I'm reading For My Legionaries by Romanian Ortho-fascist Corneliu Zelea Codreanu (recommended by @MichaelWitcoff). The whole book is about neutralizing the Jewish threat in early 20th century Romania. I feel like I'm reading a rendering of today's America. All the patterns are the same.

Roosh said:
I'm reading For My Legionaries by Romanian Ortho-fascist Corneliu Zelea Codreanu (recommended by @MichaelWitcoff). The whole book is about neutralizing the Jewish threat in early 20th century Romania. I feel like I'm reading a rendering of today's America. All the patterns are the same.

Here is a pdf for those who want to download it. Probably open it in brave or tor so it doesn't leave a glow-in-the-dark trail on you:

This got 1st price in the Israeli Student Film Festival. Not sure if it has been posted before. It's a few years old but got a lot of exposure today.

El Chinito loco said:
They have crafted an entire social narrative and mythology behind being simultaneously the chosen ones and "oppressed" for no apparent reason of course
Click to expand...

If you really think about it, it's a libel on the rest of humanity. Everyone else, everywhere they go, is guilty of irrational hatred of them. Their behavior has nothing to do with it.
It's really, really crazy.

One has to ask, alliance against who? Jewish elite have been using the black underclass to drive a wedge in gentile societies for decades. But They were so prominent in the Confederacy - the highest ranking cabinet member behind Jefferson Davis, and so undermining the Union that Grant banned them from military zones. Yet they continue to incite hatred of whites - Nick Cannon said all whites are evil - no foul - as soon as he brought up Jews he was publicly chastised and forced to "recant' and very publicly undergo 'reeducation'.

This shows just how evil the Jewish elite are - they are willingly, knowingly inciting hatred towards whites- incitement they know themselves are dangerous. .
Last edited: February 4, 2021
E

Both represent the dregs of social justice.

Both represent the dregs of social justice.
Click to expand...

You left out one group. Whoops. Sorry about that.
G

Both represent the dregs of social justice.
Click to expand...

There are no oppressive whites though.

Gustav Adolf said:
This got 1st price in the Israeli Student Film Festival. Not sure if it has been posted before. It's a few years old but got a lot of exposure today.

Chabbos goys are also highly celebrated in our countries, with chabboses like Nancy Pelos's mafioso father elevated to Congress, and his daughter rising to the #2 Shabbos position in America: