Orthodox
Gold Member
I was going through some recipes and they were all somehow calling for "kosher salt". I found it particularly offensive as salt is a dietary staple, and it's not like "kosher salt" is salt with some kind of spice in it, it's all just sodium chloride. I think there might be a difference in crystal size between "table salt" and "kosher salt". Probably the recipes which called for it were all from America, I don't think I've seen this term "kosher salt" in recipes from other English speaking countries, suspect it is purely American. It seems that they are making an unfair profit from a very basic commodity, and through the naming almost claiming to have invented that commodity.

But good question. Why is it kosher salt instead of granulated salt? I never thought about it before.

Banned
I don't think kosher salt is certified kosher, or needs to be at least. It's short for "koshering salt", used to prepare pickles and other stuff originally.
N

kel said:
I don't think kosher salt is certified kosher, or needs to be at least. It's short for "koshering salt", used to prepare pickles and other stuff originally.
Click to expand...

Yeah, it's the same as any old table salt, it is the salt used in drawing blood out of meat to kosher it (part of how it has to be prepared to be kosher). They are having us make the food kosher ourselves!

In honor of Black History Month:

Physiognomy always reveals otherwise. Look at that scaly moulting heeb instantly shed its ecdysis when under the lamplight of a man too based to be led astray by neuro-linguistic dialectics. I truly pity the negro as they really were given the short end of the stick by the system. Their weaknesses are inherently visible, and only one demographic in this world ever tried to bring them up closer to God, give them a chance at a solid life (hint, rhymes with right). Everyone else just wanted to make them laborers or tools of violence.
T

Banned
How Jews can destroy white nations holding to "democracy" and "equality":

Step One: Create critical mass of a foreign population or generate publicity for a previously hidden (or unknown) out-group
Step Two: Wait for a white person to express any in-group preference whatsoever*
Step Three: Assert that the white person cannot be allowed to have any rights, because he wants to literally murder his fellow citizens of the out-group

Wow, just wow, that's a big thread on the JQ.

If there're any followers of Judaism (or even ex-followers) in this forum, I'd be very interested in a Datasheet on Judaism. Is anyone else?

PS. I'm not interested in discussing the JQ and any theories associated with it and I'm not an antisemite

Up until around 30 years ago they had to be slick for the most part with the horrible messaging, it was definitely there but not blatantly anti-Christian anti-American anti-family etc in most cases.

godfather dust said:
If Jewish involvement is a deal breaker don't watch any Hollywood movies (or most non-Hollywood movies) or listen to music on major labels.

Up until around 30 years ago they had to be slick for the most part with the horrible messaging, it was definitely there but not blatantly anti-Christian anti-American anti-family etc in most cases.
Click to expand...

No I'm well aware of the Jewish domination of Hollywood. But I just figured most of it was behind the scenes, not the stars themselves. Up until recently I learned the hard way and It's a bit upsetting.

Superb, just superb. Just like to stop the plandemic is to stop testing for it. Both are Jewish inventions.

Well, his mother was Slovakian, so you can always think of Newman as a Slovak, if it makes you feel better about him
If you want to dislike him, here's a better reason (according to Wikipedia): Newman was an ordained minister of the Universal Life Church.
What is this so called church?

So, pretty much Satanism, isn't it?

DanielH said:
Rabbis charge obscene amounts for the kosher certification. Every time you buy something kosher certified you're paying a tax to the rabbis.
Click to expand...

Same as halal. Go into most chain food stores and it’s both halal and kosher.

Yeah a Jewish actor is not going to be a worse degenerate than a non-Jewish actor, with a very small number of exceptions. It's not like a significant number of actors are faithful Christians.

I watched your recent video on the Michael Brown book and you made some points that forced me to reflect. A lot (most) of Jews aren't insiders in regards to the schemes (including Newman probably) and it is not spiritually healthy to hold a resentment against them, just hope they are saved.
B

Other Christian
Newman was reputedly a fruit like many oh-so-heterosexual Hollywood actors. His wife Joanne Woodward was his beard and is meant to have had a long term relationship with a famous Hollywood lesbian whose name escapes me right now.

I loved his role in Cool Hand Luke and I liked him as an actor.

Supposedly there was a lot of studio disquiet over his performance in the Color of Money as, ....in trying to play an older wise cracking avuncular figure to Tom Cruise, he came across as an aging queen.
I remember at the time overhearing some strait-laced Scottish people talking about it, Paul Newman's role, realizing he was gay and never having known it before.

On the subject of celebrities Jewishness/ non-Jewishness I do have a problem with Jewish people sending up Italian Americans and being told by the media that this is !!incredible!! and !!so funny!! -

cases in point Henry Winkler as The Fonz/ Fonzarelli and Andrew Silverstein as Andrew Dice Clay (who I have to admit I never found particularly funny in the first place).

Punchitchewie said:
Same as halal. Go into most chain food stores and it’s both halal and kosher.

Why are westerners forced to pay more for food to appease people that shouldn’t even be here
Click to expand...

Except that kosher is always halal, halal is not always kosher. Now connect the dots .. 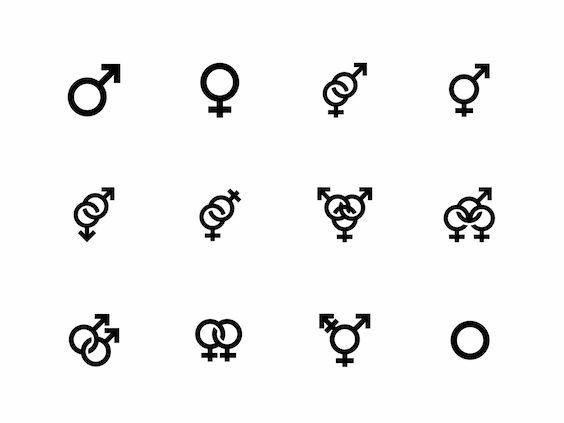 The 8 Genders of the Talmud - Jewish Telegraphic Agency

The Jewish obligation to observe commandments is traditionally divided along male/female lines: men pray three times daily, while women don’t have to; men put on tefillin, while women do not. Some women’s recent efforts to observe the religious privileges they’re exempt from have made ripples in...