Forgive me if I don't read through all 158 pages that precede this. Lord knows I just don't have that kind of attention span. Has any attention been given to what traits/reasons God had to make the Jews his chosen people, and what changed to make them lose that favored status?

Like were they always neurotic, hypocritical usurers who absolutely disdained any form of physical activity or labor, or did that develop later? How much later? Before or after the Messiah?

Gold Member
This is a good start for you:


Goy Guide to the World,
Featuring E. Michael Jones, editor of Culture Wars magazine and author of The Jewish Revolutionary Spirit and its impact on World History, and Kevin MacDonald, author of The Culture of Critique.


E. Michael Jones compresses hundreds of pages of his book, The Jewish Revolutionary Spirit and Its Impact on World History, into a few words and phrases: the necessity of understanding 'usury' and what its elimination would mean; the cultural propensity for the Talmud-Tanach propagandized Chosen Few to mistrust and exploit the Gentiles; the subsequent destruction of the Church and the public commons (focusing here on England); the toleration and then triumph of usury.

Barron said:
I think what you missed is that speaking strictly biblical, the Jews WERE God's chosen people, hence he sent his only son to lead them away from the darkness in which they had fallen and were leading others into.
Click to expand...

I don't disagree with that. But having been God's people, I believed they were endowed with particular gifts which would account for their inordinate success in a variety of different fields.


Barron said:
The Jews that accepted Christ became Christians and remained God's chosen people for heeding his call (Christians are God's chosen people today).
Those Jews that rejected Christ became children of Satan from that time on, especially those Jews inhabiting the positions of power. Those are the ones that never had any interest in Christ the spiritual leader, but instead demanded a military leader from their prophecy in order to expand their influence. They were never interested in finding the Kingdom of Heaven, their only interest was power on Earth and that remains so to this day.
Click to expand...

Doesn't it state in the Bible that the Synagogue of Satan is people who say they are Jews but are not? Frankists? The Babylonian Talmud? Secular Jews?

I wouldn't accuse them of dual loyalty. They haven't any loyalty to the United States at all.

I strongly recommend reading that Pollard article above.
I actually respect his view.
He is honest. And he didn't sell out his people when the feds asked him to.

The problem with American liberalism is it expects people to believe in "magic dirt" and lose any allegiance they had with their ancestors.
A Chinese person who comes to study or work in the US, if they are patriotic, they are loyal to the Chinese people and will act for their benefit.
Not for this new group of strangers of whom he is a visitor in their land.
Yes, if he's polite he will not harm his host country, but his true allegiance is always to his own people.

Expecting immigrants or foreigners to forget their beliefs, their culture, their DNA itself, because the USA gave them a piece of paper is idiotic.
And yet it is what we base our society on. We are all equal, in every way (unless you are a straight white man and then you are garbage).

Pollard is merely stating the obvious of what every ethnicity feels deep inside, and you can't undo that with feelings or passports or government propaganda. And of course the Jews are unique among other ethnicities in that they have a nation that is specifically for them.

It's also why any pan-European or pro-white movements are never allowed, because regular white Americans (who may feel little allegiance to the USA as I do) become strongly resonate with such movements. This is why the alt-right had to be destroyed because it was waking up this same feeling in people. Pollard may be a dirty rat and a spy but he's telling the truth and America will only suffer more harm if it ignores his words.

Iceland is Jewish? Or is Judaism just another official religion that is recognized by the state?

TheMoralLaw said:
Every Single Time. Guess who's behind the recent Putin-baiting? Masha Gessen is also the fag who admitted on video that the goal of the homosexual movement was to destroy marriage.

Look at that face! Is that a man or a woman?

jollycynic said:
Forgive me if I don't read through all 158 pages that precede this. Lord knows I just don't have that kind of attention span. Has any attention been given to what traits/reasons God had to make the Jews his chosen people, and what changed to make them lose that favored status?
Click to expand...

jollycynic said:
Forgive me if I don't read through all 158 pages that precede this. Lord knows I just don't have that kind of attention span. Has any attention been given to what traits/reasons God had to make the Jews his chosen people, and what changed to make them lose that favored status?

Like were they always neurotic, hypocritical usurers who absolutely disdained any form of physical activity or labor, or did that develop later? How much later? Before or after the Messiah?
Click to expand...

You're asking the wrong question. The Jews did not lose the status of God's chosen people because they never had it to begin with. The Church is the True Israel and that plan begun with the Jews with the Gentiles being grafted in. 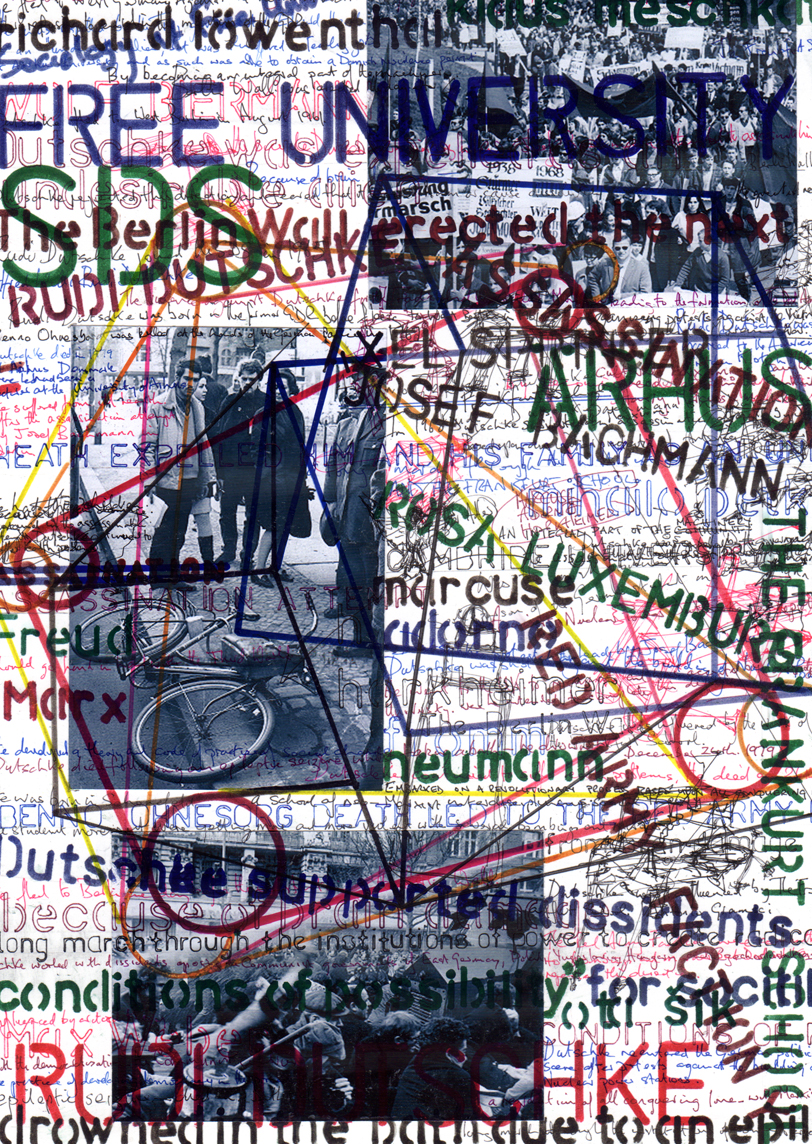 The long march through the institutions - Wikipedia

Papist said:
I don't disagree with that. But having been God's people, I believed they were endowed with particular gifts which would account for their inordinate success in a variety of different fields.

Doesn't it state in the Bible that the Synagogue of Satan is people who say they are Jews but are not? Frankists? The Babylonian Talmud? Secular Jews?
Click to expand...

Jews accounted for approximately 20% of the individuals who made the list.

The overwhelming majority of them were Jews who had DRIFTED AWAY from the Jewish religion.

The less intense the commitment to the Jewish religion the more of a contribution the Jewish individual made to the modern world.

Using your logic Hasidic Jews in Brooklyn or upstate New York should be coming up with all kinds of intellectual breakthroughs.

Christianity is the fulfilment of the Jewish religion.

The first (Jewish) Christians believed that there were some good elements to the Gentile (Greco-Roman) culture.

They were able to combine the Jewish faith with the Gentile emphasis on reason - faith and reason.

This resulted in the 'scientific method' which gave us all of the technology we enjoy today.

Christianity is the true "light unto the nations".

Gold Member
A landmark first UK jailing for anti-Semitism just happened, but using a telecommunications indecency law. A 57-year-old woman jailed for comments made to an 'online radio station'.

The UK does not have any specific statute criminalizing Holocaust denial, but the Communications Act prohibits the transmission of messages or material via electronic communications networks that is grossly offensive or of an indecent, obscene or menacing nature.

Chabloz was convicted by Westminster Magistrates’ Court, and sentenced on Wednesday by District Judge Michael Snow to 18 weeks in prison, of which she will serve nine.

Chabloz, 57, was convicted for comments she made in an interview with a far-right online radio station in 2019.

“The Jews, they need to stop indoctrinating their children, you know, their grandparents were gassed just because they were Jews,” she said. “No wonder they grow up into psychotic maniacs. They are indoctrinated from birth with this bullsh*t, and they’ve been doing the same for centuries, even before the Holocaust.”
Click to expand...

She then publicized the interviews on Gab account, a social networking site associated with neo-Nazis and other extremists.
Click to expand...

This is not Chabloz’s first conviction for disseminating grossly offensive antisemitic material.
www.jpost.com

Does anyone think this woman glows?

This is not Chabloz’s first conviction for disseminating antisemitic material. She was convicted in 2017 by the same court, under the Communications Act, for antisemitic songs she posted on social media, which included the lines: “Now Auschwitz, holy temple, is a theme park just for fools, the gassing zone a proven hoax, indoctrination rules,” and “History repeats itself, no limit to our wealth, thanks to your debts we’re bleeding you dry. We control your media, control all your books and TV…”
Click to expand...

I am as red-pilled as they come; I question everything I am told, and I don't accept the orthodox narrative about many historical events, with 9/11 being the most obvious lie. However, having read Mein Kampf to discern Hitler's own thoughts and opinions, it is apparent that he wasn't a Christian and that he had a pathological hatred of Jewish people. For every action there is a reaction, and the world, and particularly the Jewish people, have reacted to Nazi ideology and the pendulum has swung the other way.

Like it or not, and many people do not, it is clear to me that God's chosen people were the Jews. This is apparent from their inordinate contribution to the modern world - psychology (e.g. Freud); physics (Einstein); sociology (Durkheim); the atomic bomb (Oppenheimer); political theory (Marx); economic theory (Milton Friedman); banking (Rothschilds); anthropology (Boas); and, of course, our Lord and Saviour, Jesus. Still doubt me? Take a look at the inordinate number of Nobel Prize winners. Richard Lynn found Jewish people to have a higher average IQ than Asian and White people, which is no surprise to a Christian.

Now, we know that man is inherently sinful, don't we? So people who reject Jesus and worship mammon are, generally speaking, going to do bad things. Furthermore, the higher one's IQ the greater their potential to do both good, and bad, things.

The answer to the JQ is Jesus.
Click to expand...

This is down to IQ among races, which in today's world doesn't exist. Subset of Jewish population, Ashkenazi Jews, have the highest average IQ. At the high end this leads to significantly more super geniuses. One reason to explain this was the Ashkenazi being sent off to perform more mentally-challenging work several hundreds of years ago, while other races, even the other Jews, were still performing more physical-oriented jobs. This is why other Jews do not have a relatively high IQ when compared to other races.

BarrontheTigercat said:
his performance in the Color of Money as, ....in trying to play an older wise cracking avuncular figure to Tom Cruise, he came across as an aging queen.
Click to expand...

His only Oscar win for Best Actor after six nominations, just a coincidence

Chapter 5 of The Culture of Critique

Past Google doodles on Jewish holidays. 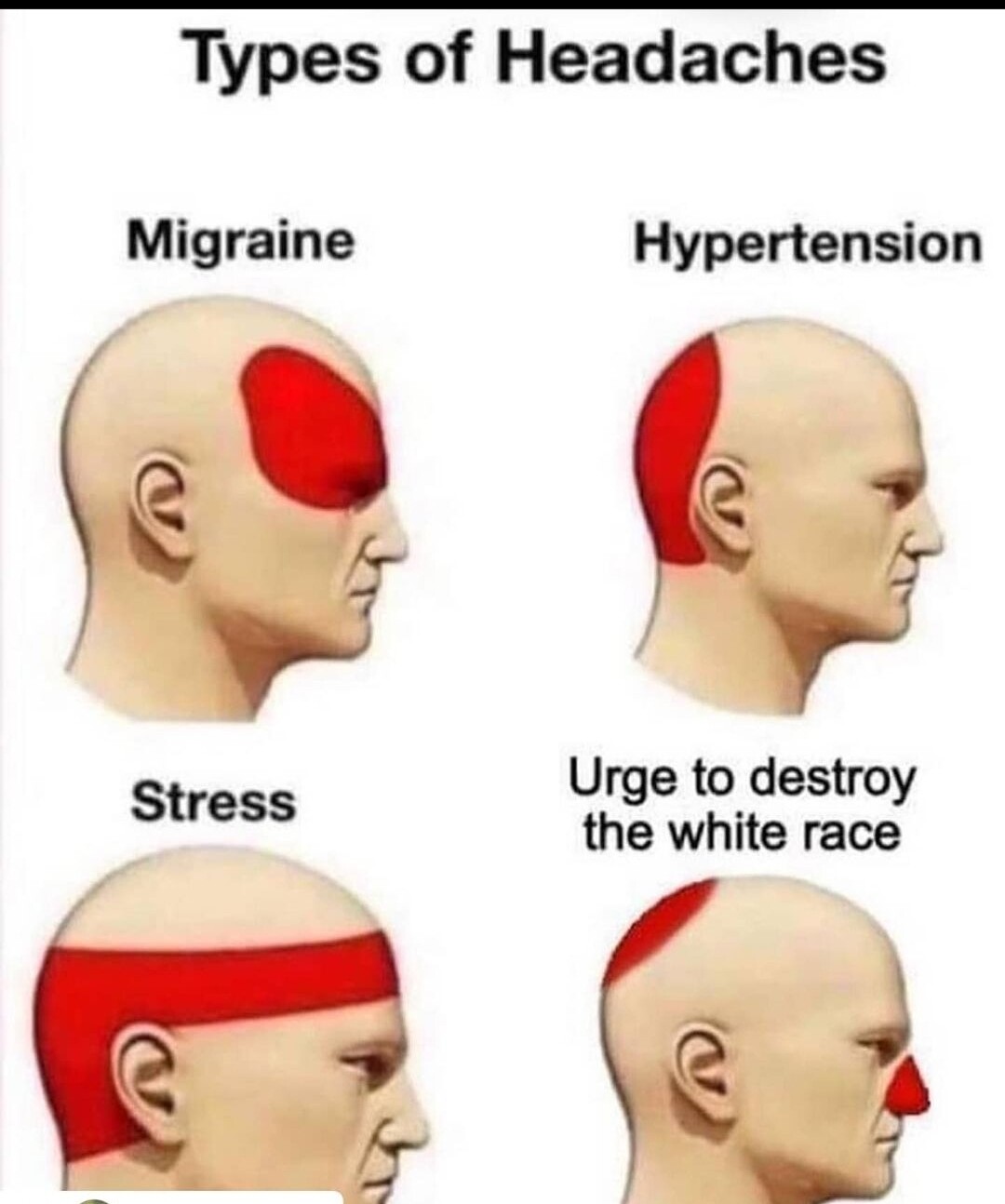 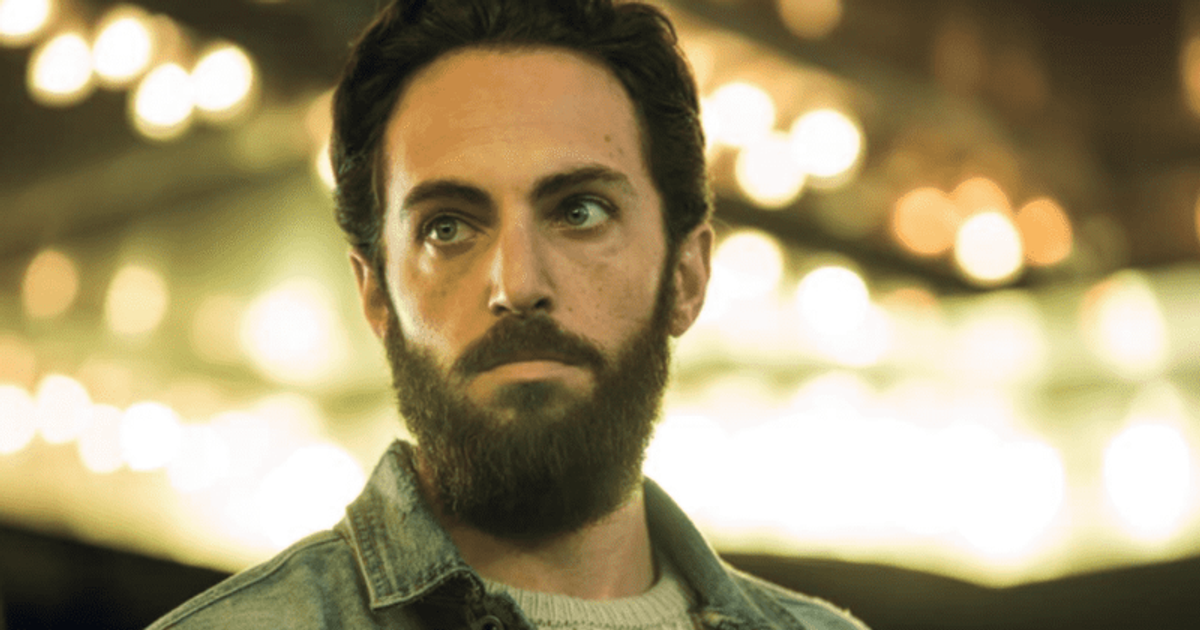 Horwitz had claimed the investors' money would be 'used for buying rights to films that HBO and Netflix had signed on to distribute internationally, particularly in Latin America'

Horwitz, 34, was born on December 5, 1986, and is an Los Angeles-based actor and movie investor who has appeared in low-budget movies such as 'The Devil Below' (2021) where he played the role of Jaime. As per the actor's IMDb page, he had played football for Indiana University but had an injury that stopped him from making it to the NFL. He was part of the doctoral program at the Chicago School of Professional Psychology after he had graduated from university.
Click to expand...